Post here all non technical related topics about Formula One. This includes race results, discussions, testing analysis etc. TV coverage and other personal questions should be in Off topic chat.
3627 posts

BS numbers. Only fools and horses should fall for these. Anyone can plot these graph, why not 1200hp?
Top

The current Autosport magazine (print) has an article on Honda being chosen by Red Bull. In amongst it all, it says that the engine was run pre-season in a Red-Bull rig (presumably installed in an STR chassis) and a few reasonably serious issues were picked up that otherwise wouldn't have been. Don't have it here in front of me, so this is from memory, but the general sense of it was as I've stated.
Top

i reckon this ferrari is over 1000bhp in qualify. but are they legal.are they using the extra battery for more power?
Top

(This comment is only informative, avoid answering because it does not correspond to the F1. Thank

I hope they are closer.

Cristian Horner: "I certainly expect that the first year (with Honda) will be an interim year for us," the Brit said. A slap in the face for all fans of Max Verstappen and Daniel Ricciardo. When Red Bull Racing can participate in the world title? "We will be ready for it in 2020", says Horner. "Compared to the competition, the necessary steps have to be taken."

Read that as: another 3rd place year. Not exactly a slap in the face. There are seven worse positions to find themselves in next year. But this could all be misdirection and sandbagging. Can't be sure with just one quip.
Top

I think they're setting the expectations low after all the McLaren Honda talk ups.
Top

It is result of being realistic
Top

I can't imagine they'd be at their strongest on a first year with a new engine. Year 2 is always more fruitful after accumulating all the knowledge from the first year.

Well to be honest, you shouldn't see this as a new engine. Offcourse they have a new concept, but they had and still have enough hours on the dyno developing the MGU-K and MGU-H and other parts. Even if i don't think they will match the Ferrari and Merc PU, they will definetly be ahead of Renault. In both reliability and power
"Life is about passions - Thank you for sharing mine" MSC
Top

GhostF1 wrote: ↑
Wed Aug 01, 2018 10:38 pm
I can't imagine they'd be at their strongest on a first year with a new engine. Year 2 is always more fruitful after accumulating all the knowledge from the first year.

Common sense really. And yes Horner is extinguishing any title challenge rumours as early as possible.

GhostF1 wrote: ↑
Wed Aug 01, 2018 10:38 pm
I can't imagine they'd be at their strongest on a first year with a new engine. Year 2 is always more fruitful after accumulating all the knowledge from the first year.

Common sense really. And yes Horner is extinguishing any title challenge rumours as early as possible.

Maybe next year can be considered year 1.5, considering STR data.

It is completely different between Toro Rosso and Redbull. Toro Rosso was expecting to go with Renault but it had changed. But Redbull was planning to go one direction from two... They didn't start to produce 2019 car for renault. So they didn't send garbage any work. It is not needed to say Technical ability of Redbull compared to junior team.
If Honda keep same development ratio they(Redbull) will be good next season I think/expect better than this season. If somehow they(Honda) can achieve to do better they can fight for Wdc. In short I don't expect integration issues. Just how good the chassis and how good the PU
Top

Tough luck for Honda, they will they will be blamed for EVERYTHING going wrong with Redbull years to come

"Fortunately, McLaren was wrong with Honda, I already knew it last year, saying: 'Jesus, how can you criticize such a fantastic collaborator and the money they put there?' We know that your chassis is not the best ... Good for us, thank you, McLaren, I thanked you last year and they smiled, I think I smile now. "
http://www.marca.com/motor/formula1/201 ... b45a2.html 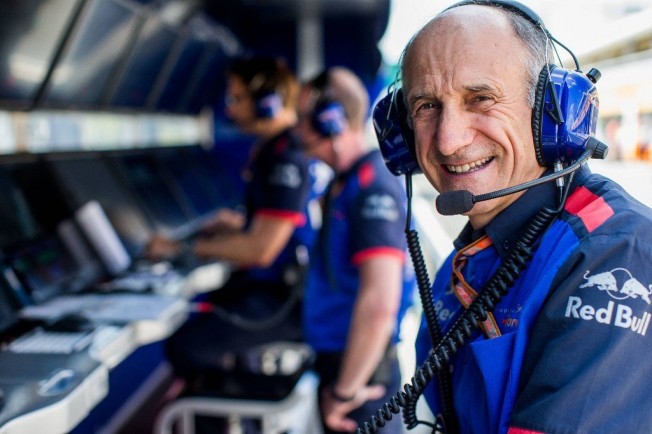 foxmulder_ms wrote: ↑
Thu Aug 02, 2018 4:36 pm
Tough luck for Honda, they will they will be blamed for EVERYTHING going wrong with Redbull years to come

I take it you're exaggerating, but the Renault engine is what has held RB back for 4.5 years. Is there any reason to believe otherwise? Strong team, good drivers, probably still the best chassis & aero. In the EBD era, last days of the NA V8, there was greater engine parity. RB never won those years by a large margin, which further attests that they won thanks to chassis, aero, strategy, drivers, and other organizational superiorities. Only in recent years have the other teams adopted RB's attention to detail.

If Honda do not deliver, it will again be a power unit which holds the team back. They really need to bootstrap an engine department of their own. Maybe that's why they've advocated ditching the current ruleset--they want to build engines.
Top
3627 posts