Why was the Infamous Honda RA107 Earth Dreams car so bad?

Post here all non technical related topics about Formula One. This includes race results, discussions, testing analysis etc. TV coverage and other personal questions should be in Off topic chat.
37 posts

When the V8 formula was frozen, Renault adhered to the spirit of the regulations and shut down R&D at Viry-Chatillon, only to find Mercedes and Ferrari sneaking upgrades in under the guise of "reliability", which forced them to restart R&D. It also may have led to the blown exhaust diffuser enhancement that they collaborated on with Red Bull that was the basis of Sebastian Vettel's 4 world titles. Christian Horner was quite open in interviews at the time that the Renault V8 was not the most powerful engine in the field.
As for Honda...when you cannot make your initial PU even run correctly in a car for 4 days of the first test, yes, you're probably not ready.
Top

Why didn't Honda just take this car (which wasn't that terrible) and spruce it up a bit?

PS. 2000's F1 cars look so basic compared to modern ones, the difference is incredible!
Top

In side view the ra107 car had an nose angled downwards more so than others, I imagine a small stalled wake behind the nose of the car feeding into the splitter.
I dunno how much the flow on effects would be since the length of the car is a chain of vortice events interacting.
Having a flawed wake so early would have set a chain of problems further down the car yes?
Top

PlatinumZealot wrote: ↑
Tue Apr 21, 2020 9:14 pm
Can you believe that this is the same Mercedes team? It took some time but Brawn really changed the entire organization hasn't he?

If you concider 2009's win with 'just' a Mercedes engine changed compared to what the team would have been in 2009 if Honda did not step out, then i don't think one should look at it like so 'much' has happened.
Rather, if Honda hadn't pulled the plug, but stayed in, then we could have seen Honda win the 2009 Championship, not BrawnGP. Yes, it would have been without Ross Brawn, but in principle, the car was the same.
There was a Mercedes engine obviously because there were no Honda engines available due to them leaving completely.
Was the Mercedes engine better than the Honda? Well offcourse it was, but first of all, even in 2009, Mclaren was Mercedes' works team, so the 'priority' stuff went to Mclaren, not BrawnGP to begin with. For example, in 2008, Force India had Ferrari engines, but were far from competitive, so it's not just 'the engine'. I also doubt that the 2008 / intended 2009 Honda F1 engine was so much weaker than for example the Renault engine in 2014 compared to the Mercedes engine.

What i'm saying then is that i'm pretty sure Honda would have made the same 'domination' in 2008 with a Honda V8 as BrawnGP did with a Merc V8. I'd even reason that Honda would have done an even better job in the end, because Honda's success would have meant the team would have kept financial investment, which is something BrawnGP completely lacked in 2009, which is why their original lead nearly diminished by the end of the season.

It would have meant thus that there would have been enough money to keep updating the car, so even IF the Honda V8 would have had ever so slightly less power than the 2008 Mercedes engine, both the engine development as car development would have kept them ahead, and without any doubt in my mind still seen them grab the 2009 World titles. Concidering we still had Jenson Button aboard, i think JB would still have gotten that title, even though Bruno Senna was meant to take the second seat (that of Barrichello) and we might even have seen another Senna title fight.

ponder on that very believable outcome (after all, if the 2008 economic crisis hadn't happened OR if Honda simply decided that despite the crisis, F1 would be a platform for exposure to keep selling cars, and thus stayed, that would have been exactly what would have happened) and then use your imagination on this picture, as it would have been all sorts of legendary, when, how things actually went down, that never happened:

IF things panned out well for Honda, we would now have seen this:

It would also have meant a couple of other significant things.
2010 would have seen the 'Honda Brawn' team be not in such 'bad' shape as the 'Mercedes Brawn' team in 2010 saw.
After all, Mercedes' shape in 2010 was because of the complete lack of funding in 2009 and subsequentially the lack of updates. Further more, Brawn himself most probably would never have ended up at that team. And we probably would have seen a 2010 battle of Honda vs RedBull.
It would also mean that Schumacher would NOT have returned, most certainly NOT with Brawn's Mercedes. PERHAPS we would have seen Brawn pop up @ Mclaren instead, and Schumacher would have went to Mclaren in a shock move.

Certain would have been that Mercedes never ended up at 'Brawn/Honda' and that brings us ultimately to the reason why 'Brawn' today is so succesfull: because it's got a Mercedes engine and all the Mercedes works organisation to their disposal. The 2014 Merc V6T was SO DOMINANT, and relatively still is, and that is the reason for 'BrawnGP's' success.

Had Mercedes stayed with Mclaren, and NOT started their own team (for example take over Force India), then 2014 would have seen a brutally dominating Mclaren instead, right untill now.

And i also fully believe, that despite 'honda's' success in 2009 (in this timeline), it's very concievable that despite better financial circumstances, it would not have meant they could have had a guaranteed 2010 success against a very strong RedBull. I rather think that in the end, RedBull would have just snatched the title, or just missed out on it, and by 2011 Honda would be slowly sliding back the pecking order, see Jenson OR Senna go to Mclaren after all, and see them (Honda) either leave F1 in 2012 or stop after 2013 anyway.

So long story short, i really don't think you can argue 'Brawn' turned the team around, nor that it's the 'same team'. It's vastly more a question of having the money and resources at hand. If Brawn came aboard in 2009 as Honda team principle, and if the team never had the double diffuser trick dominance, and Honda built a dominant V6TH engine like Merc has done, and Brawn stayed untill now, then i would say you are absolutely right.

Instead, Brawn has not been a part of the team for quite a long time. I also quite say that though Brawn definately had a impact on Mercedes' success, Toto Wolff must not be underestimated, nor Niki's presence, and i'm positive Schumacher had a part in its foundations too.

PS. 2000's F1 cars look so basic compared to modern ones, the difference is incredible!

PS. 2000's F1 cars look so basic compared to modern ones, the difference is incredible!

Obviously no including 2007/2008, at which point they were even fuglier and more and near s convoluted as today.

A quick venture off-topic - it's not a Honda, but I was amazed by the BMW F1.08 at the time, still looks pretty damn complex : 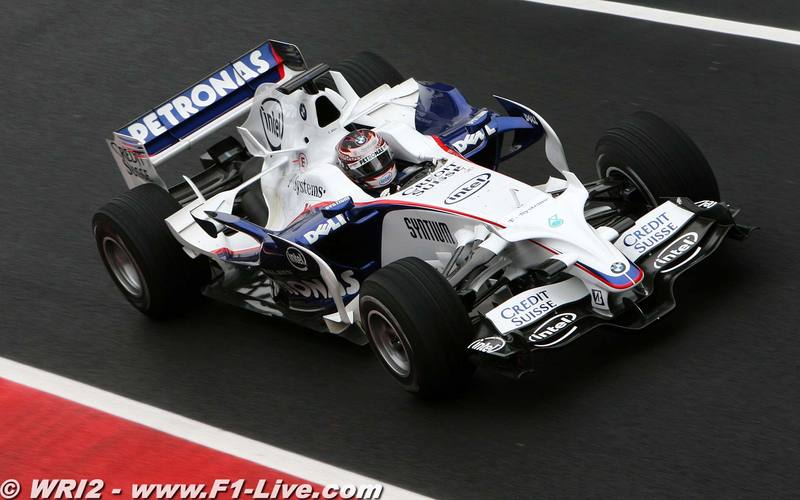 The RA108 was a update of the 107 - they threw all their eggs into the title winning 2009 car.
#aerogandalf
"There is one big friend. It is downforce. And once you have this it’s a big mate and it’s helping a lot." Robert Kubica
Top
37 posts