Breaking news, useful data or technical highlights or vehicles that are not meant to race. You can post commercial vehicle news or developments here.
Please post topics on racing variants in "other racing categories".
36 posts 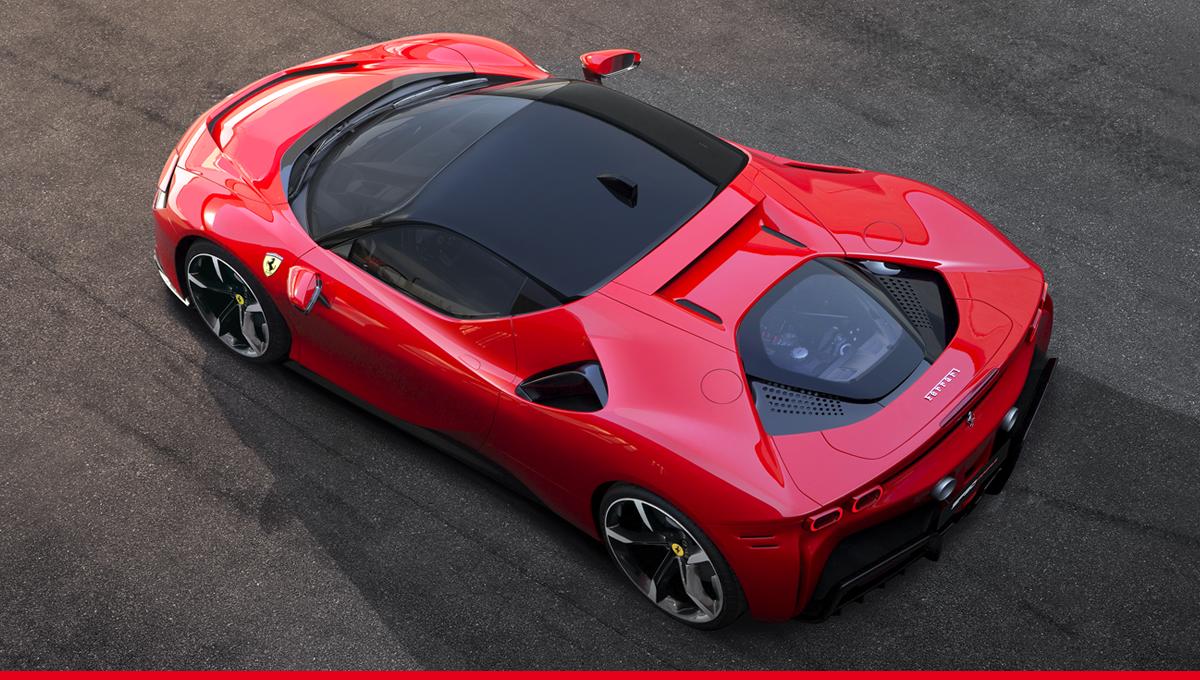 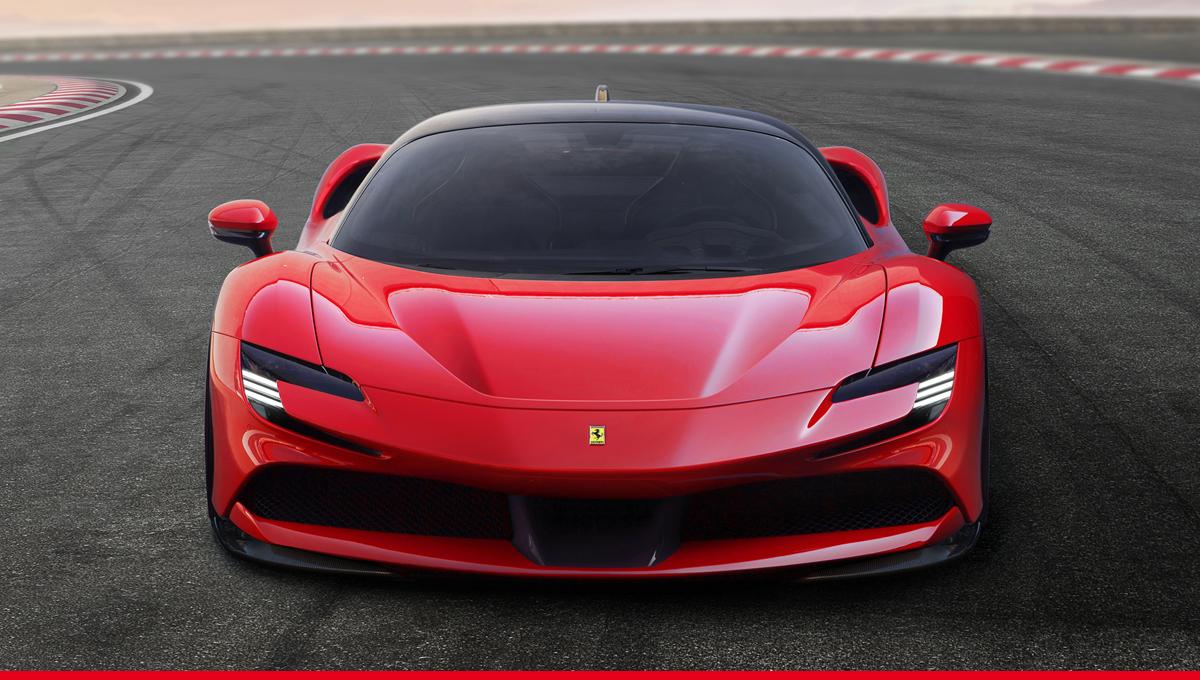 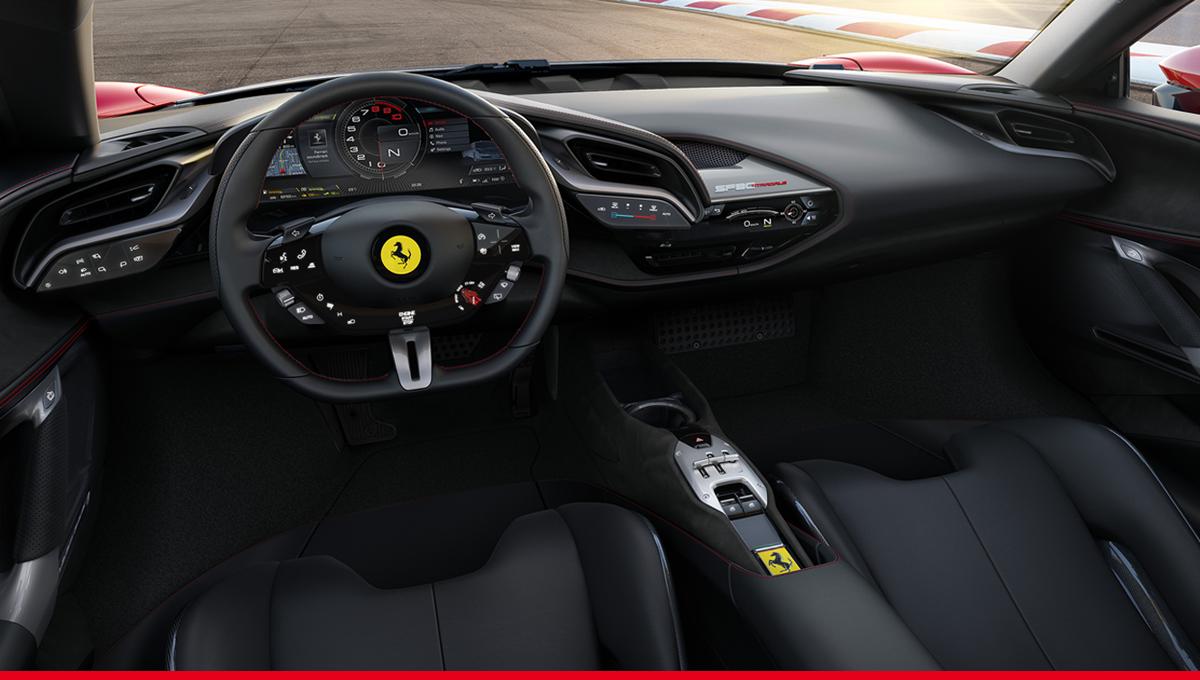 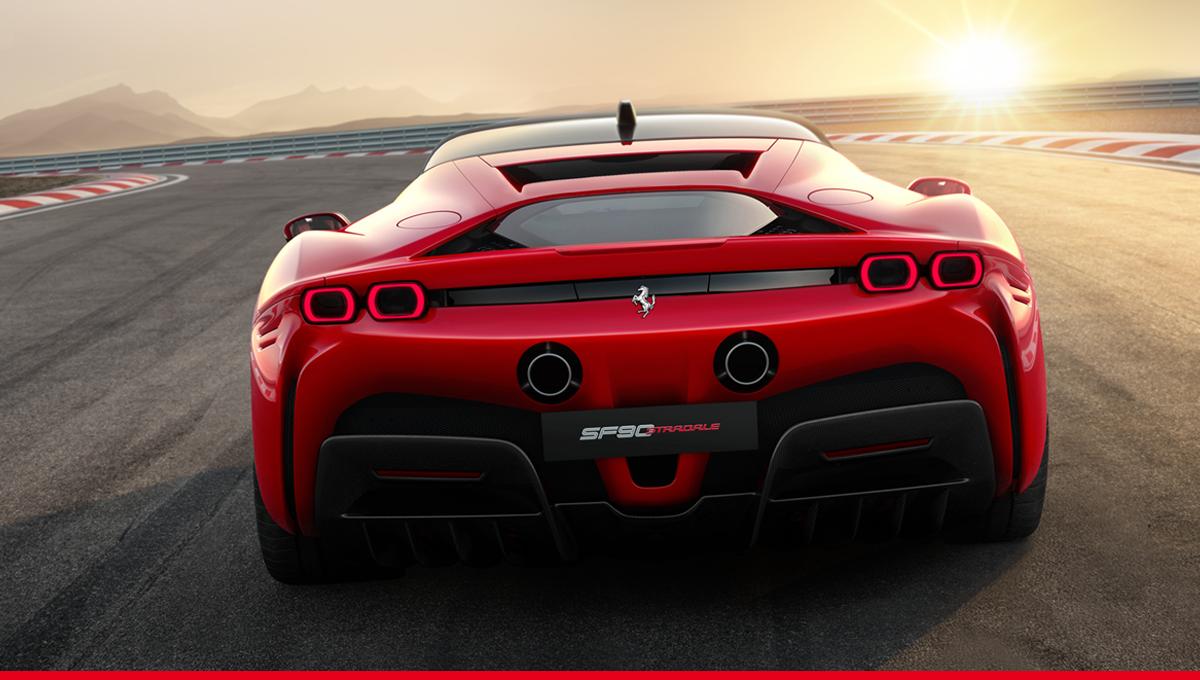 TopGear.com
The company’s first series production PHEV – plug-in hybrid electric vehicle – the new car uses a heavily reworked version of Ferrari’s multi award-winning twin-turbo V8 in combination with three electric motors, one mounted on the rear between the engine and gearbox, and two on the front axle.

Naturally, this signifies the arrival of a whole set of new acronyms, including RAC-e – rotation axis control electric – which takes the concept of torque vectoring to the next level. Ferrari experimented with all-wheel drive back in the mid-1980s, and it’s finally here.

The ICE part of the equation produces 769bhp, the tripartite electric motors adding a further 216 for a total of 986bhp – or a more pleasingly rounded 1000 cv if you go with our Italian brethren. Either way, it’s a whole heap of power, the most any Ferrari V8 has ever ponied up, and it translates to a zero to 62mph time of 2.5 seconds, 124mph in 6.9 seconds, and a top speed of 212mph. All-wheel drive is clearly handy in these circumstances, whether you’re a purist or not.

Ferrari’s powertrain guys may have started with the F154 twin-turbo V8, but the changes are such that technical director Michael Leiters describes it as a ‘totally new architecture, with only minor parts carried over’.

Its capacity has been increased from 3902cc to 3990cc, due to a larger bore of 88mm. Intake and exhaust have been completely redesigned, and the cylinder head is narrower with an all-new central injector running 350bar. Internal fluid dynamics have all been optimised, the turbo assembly is lower, and while the exhaust sits higher – and exits above the rear bumper – the whole engine sits 50mm lower in the chassis for a reduced centre of gravity. There’s a much smaller diameter flywheel, and the exhaust manifold is made of Inconel rather than steel.

A high performance, 7.9kWh lithium ion battery sends power to the three electric motors, and even with the ICE switched off the SF90 can still hit 84mph. Ferrari’s control logic manages the power flows according to whether the driver is feeling holy or hedonistic, and splits it across four different driving modes, controlled by the steering wheel mounted eManettino.

‘eDrive’ is self-explanatory; using the electric front axle only, you’ve got a range of 15 saintly EV miles. ‘Hybrid’ mode is the car’s default setting, switching off the ICE if the circumstances allow, but still giving you access to the whole kit and caboodle if you want it. ‘Performance’ keeps the engine running, to charge the battery, and keeping the car fully lit. And ‘Qualify’ mode wrings everything out of every part of the powertrain, rinsing the three electric motors of their 162kW output, the control logic giving precedence to performance over battery replenishing. Leiters says there’s enough juice in peak power mode to lap any circuit in the world, including the Nürburgring.

The chassis, meanwhile, is all-new, and mixes carbon fibre (in the bulkhead) and high strength aluminium to improve torsional rigidity and create the sort of platform the hybrid powertrain demands. The SF90 Stradale has a dry weight of 1,570kg, pretty good considering all the extra gubbins – 270kg worth of gubbins, in fact.

Ferrari also claims massive progress in terms of aero- and thermal dynamics. The new car generates 390kg of downforce at 155mph, and the engine cover has been kept impressively low to maximise air flow. In fact the whole rear end of this thing is mesemerising.

Last edited by Morteza on Wed May 29, 2019 7:40 pm, edited 5 times in total.
"A fool thinks himself to be wise, but a wise man knows himself to be a fool."~William Shakespeare
Top

Note KERS and no HERS.
Top

Is this a halo car for Ferrari or is it a normal, mass production model? Can people buy an off the shelf Ferrari with nearly 1000hp now!?
Top

No reverse gear in the transmission (reverse handled by the two front axle motors).
Last edited by roon on Wed May 29, 2019 7:48 pm, edited 1 time in total.
Top

Pretty cool car! Looks kind of like it's squinting from the front. Still - what a machine.
Top

The Assetto Fiorano version is awesome.

The reports I’ve read are saying that the production is NOT limited other than to how many they can sell!
Top

This sits just below the LaFerrari, its the second best car if you will
Top

Anyone noticed that in Wikipedia it says that this car is the successor of the LaFerrari, but it's not true. That's a limited production car, while this is a series production model. So it can't be the successor, that will only come in years.
Top

Utterly stunning car. I want one.

OMG, Ferrari did it again...

I see they shyed away from calling it L'altroFerrari. Or LaWinnow. LaVet has a nice ring to it, although GM would complain. LaLeClerc gets a bit redundant.

Sesto Secondo edition is due out later this year...
Top

If you were to remove the badge and would then show people a picture of the front and ask what car that is the most common answer probably wouldn't be Ferrari ... if you slapped a Honda badge on it and told people this was the next NSX everyone would believe it ... 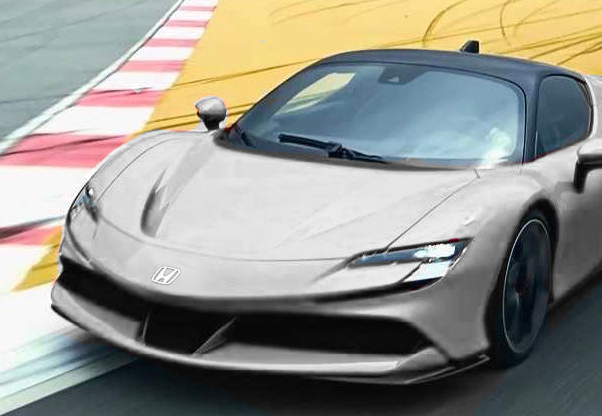 It has two more cylinders than the NSX, but the idea is the same.
Honda!
Top
36 posts