Breaking news, useful data or technical highlights or vehicles that are not meant to race. You can post commercial vehicle news or developments here.
Please post topics on racing variants in "other racing categories".
32 posts

What would you do to make a vehicle (un-restricted regulations) into a track-focused car, quicker than a Formula One Car? Describe your wish list. It has to be technologically capable, and not cost many millions or more for a single vehicle. It can be Lemans prototype like.

Also, extra for experts: describe the mechanical platform you would use (power train etc.).

Have fun with it

Of course if you don't have the limitations on active aero you can trade off some downforce for top speed by trimming the aero back to low drag when you are on 100% throttle.
Not the engineer at Force India
Top

A modernised F1 with full on active aero, active suspension system (to deal with the active aero) and modern brakes might just be enough to meet the brief. It certainly had the legs in original form. And it originally met the cost limit requirement too.
Turbo says "Dumpster sounds so much more classy. It's the diamond of the cesspools." oh, and "The Dutch fans are drunk. Maybe"
Top

There's a number of factors which affect an F1 car's speed. They're not the best at everything, WRX accelerate faster, WEC reach higher Vmax. Tyres are a huge factor - in 2008 Ferrari were doing a Bridgestone test with the 2009 slicks and the car went something like 10s/lap quicker and Massa could only do about 5 laps before his neck gave up (I forget the exact numbers it's from a Rob Smedley interview where he might have been exaggerating a little for comic effect).

Road going cars are at a significant weight disadvantage because of occupant and pedestrian safety rules, they also have to spec parts for a longer life - there are still some part on an F1 car which can be thrown away after every race (500km life). F1 parts will also have FOS close to 1 while road cars will be 1.5-2 depending on what sort of car. F1 powertrains/gearboxes are getting heavier because they have to be built to last multiple race weekends. Still road going hyper cars are 1100-1300kg, even the Gordon Murray car will be 980kg - compared to F1 that's around 7.5s/lap slower just from weight.

Aerodynamic drag also has an effect on laptime - typical lift to drag these days is around 5.5:1. You can immediately lower drag by covering the wheels and maybe the cockpit. Power and torque are also important; current PU are said to be over 1000bhp when the ERS is fully deployed, but where they really excel over the NA V8s is torque because of the ERS filling in the gap. Again if you want to ballpark it, at the greatest F1 was ~1500bhp/tonne (talking race spec not quali specials - from the mid-00s 950bhp in 605kg cars and those laptimes are only just now being beaten) so something in that region.

Active suspension would be great to maintain an aerodynamic platform, active aero would be great to shed drag. Cost is tricky, I assume you don't want to have to turn up with 20 people to get the thing running..
#aerogandalf
"There is one big friend. It is downforce. And once you have this it’s a big mate and it’s helping a lot." Robert Kubica
Top

Well, my first question would be: where?
Do I want/need to be able to drive to this track?
Is it Shelsley Walsh or La Sarthe, or Anglesey, Daytona?
Because depending on context, even if we keep it to good tarmac there are many variables.
the four immutable forces:
static balance
dynamic balance
static imbalance
dynamic imbalance
Top

humble sabot wrote: ↑
Mon Apr 13, 2020 2:35 am
Well, my first question would be: where?
Do I want/need to be able to drive to this track?
Is it Shelsley Walsh or La Sarthe, or Anglesey, Daytona?
Because depending on context, even if we keep it to good tarmac there are many variables.

That's up to you

this is a fun exercise, so you can choose whichever track you like!
A kiwi looking to fly like McLaren.
Top

I’d single out the Valkyrie for modification in treating it to four times the item the amg one, is no doubt equipped with. Such enhancements would render the Valkyrie capable of trouncing all comers, even the amg one. It would then go on to quickly acquire and keep, all speed and endurance records, regardless of it being a 6.5 litre.
The only drawback I can see is a driver able to keep up with the car’s performance.
Top

Aston/RedBull are already making a track-only car so it's doubtful that it would suddenly be able to find lots of extra performance unless you're going to make it "no rules". In which case, many could do similar.

Making a car quicker than F1 isn't a problem if you don't have to meet a set of rules.
Turbo says "Dumpster sounds so much more classy. It's the diamond of the cesspools." oh, and "The Dutch fans are drunk. Maybe"
Top

I really don’t think Red Bull Aston Martin are fully aware of the potential inherent in the Valkyrie. A very light, high powered vehicle, as the one in question, could be driven up to Silverstone from a London city centre location (street legally) compete in to win the British Grand Prix, then return to its London location. What is more, it could do it on one tank of fuel.
Top

Well, if one were to take this prompt seriously, the platform is going to be defined largely by how it's powered. Newey and crew were able to fit a surprisingly large engine in the very tightly waisted Valkyrie. I like the idea of the Porsche 919 platform with its much shorter engine and a very substantial impact from the front drive electric. You pay a small penalty in total compactness of the bodywork ahead of the driver by fitting the motor and differential up there, but the latter Audi R18 iterations showed a pretty epic capacity to shrink that, though to be honest I just don't know if that level of compactness is going to be accessible for the same level of performance if reasonable cost is to be maintained. I still think we could get pretty tight.
So Since regs are out, let's say we start with the idea of building a Valkyrie-in-a-shed. So like a tubeframe chassis and building our own bodywork from our own Solidworks model. The first aerodynamic change I would make would be to head in the Praga R1/Allard J2X (and I guess for that matter the R18/ByKolles) direction and build more of the front wing into the space between the wheels and the nose. We could imagine transplanting the APU driven turbocharged 4cyl method of Manic Beattie into the back and that would give us a significant surplus in airflow that we could use to drive a blown diffuser, in fact if we oversize it a little we could maybe also use it to drive extraction from our heat exchangers. If we went for a bespoke 2L hot-V V4 designed to be boosted to the moon we could conceivably beat the power to weight ratio of an F1 engine in a comparable space at a fraction of the cost, I'm thinking along the lines of the Elmer Thor.
We'd also use 2008 era F1 style wheel covers, and retain the deep channels of the Valkyrie underbody. The gearcase I think would have to be fabricated and use a cassette. Perhaps a carbon case like the 919 could be achievable at reasonable cost if the oil and bearings are all contained in a bonded-in sheet aluminium sub-case with welded in billet hardpoints.

Conceivably, one could grab a used Praga R1 to use as a basis for this shadetree uber-Valkyrie. I think the floor of the tub is a little flatter than we want to really optimise this, but it's narrow and I think the glasshouse is a little narrower and the price is right. There's one on Racecarsdirect right now for only £125k. Throw in ~£200k for the engine.
the four immutable forces:
static balance
dynamic balance
static imbalance
dynamic imbalance
Top

Slo Poke wrote: ↑
Mon Apr 13, 2020 2:18 pm
I really don’t think Red Bull Aston Martin are fully aware of the potential inherent in the Valkyrie. A very light, high powered vehicle, as the one in question, could be driven up to Silverstone from a London city centre location (street legally) compete in to win the British Grand Prix, then return to its London location. What is more, it could do it on one tank of fuel.

Sorry, that's just fantasy. Not least the fuel point. That's a total distance of 530km. How much fuel do think a 6 litre V12 uses if run flat out for 305km? Even driving to from the circuit it'll be doing 10L/100km if you're lucky. On the track? It'll be 40L/100km at least, probably worse. The fuel tank would be huge, for a start.

Then to think a road car can match an F1 in the corners or on the brakes is somewhat naïve, it seems to me. To expect it to do that on road tyres for 305km? I think not.

If RB AM thought the road car could achieve that sort of performance, they wouldn't have gone down the parallel track-only version. Or of the road car is capable of it, then the track car would be absolutely unbeatable.

As it is, the track car can corner at around 3.3g and brake at around 3.5g. Both of those are well behind F1. The AMR will have a much higher top speed, but at a track like Silverstone downforce is more important than top speed to lap time.
Turbo says "Dumpster sounds so much more classy. It's the diamond of the cesspools." oh, and "The Dutch fans are drunk. Maybe"
Top

My first post to this topic made reference to modifications. Four in all that would incorporate the use of an item that will certainly be in use on the amg one car. That is not fantasy, it will be there, as it’s currently in use on their formula one car. It’s what makes that car consistently efficient and fast.
The item itself can be engineered to deliver on any desired outcome. Now if you take a very light, carbon fibre test-bed such as the Valkyrie and couple it to tuned-in engineers who happen to be alive to the fact that a powertrain can now also be tuned to produce a certain outcome, you may be halfway to grasping a redefined principle. Anything’s possible!
Although wait! That’s only one item, I’ve left three hanging. In my ideal racer there’ll be one either side the crown, or differential ring gear to operate in concert because as I’ve pointed out these devices can be configured to suit any application, to produce a unity of form and thus a locked differential at all times. Tricky eh! Diff,..icult to get your head around admittedly but fact! Let’s instead call it a type of four-wheel steer, or perhaps maybe an enhancement to turn-in, if you will. The third, well that will have to be somewhere along the powertrain giving and taking electrical input I suppose. Lastly I’d give anything to have RBX1 levels of downforce to boot around on.
All-in-all everything you’ve just read Just a Fan is perfectly feasible. Heck! Most of it, bar one, has already accumulated six double World Championships.
Have fun! As Maunde tells us.
Top

Heck! Most of it, bar two, have already accumulated six double World Championships.

There now! That’s much better. Slo Poke does like to see his cornerstones set reliably.
Top

Failing that here's a shot from my handy ready reckoner. 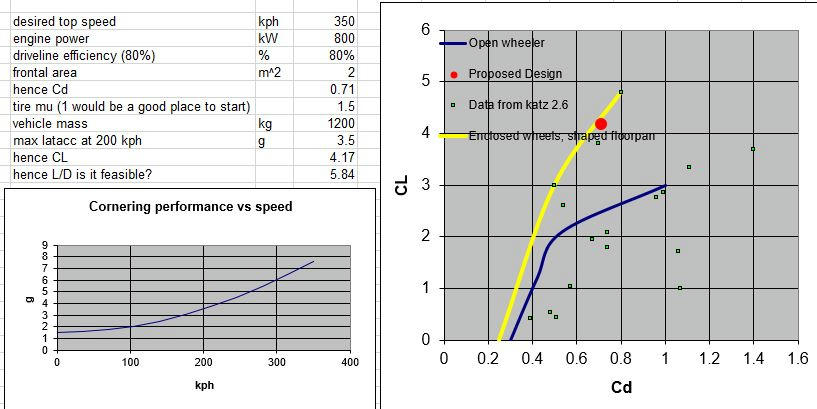