A place to discuss the characteristics of the cars in Formula One, both current as well as historical. Laptimes, driver worshipping and team chatter does not belong here.
197 posts 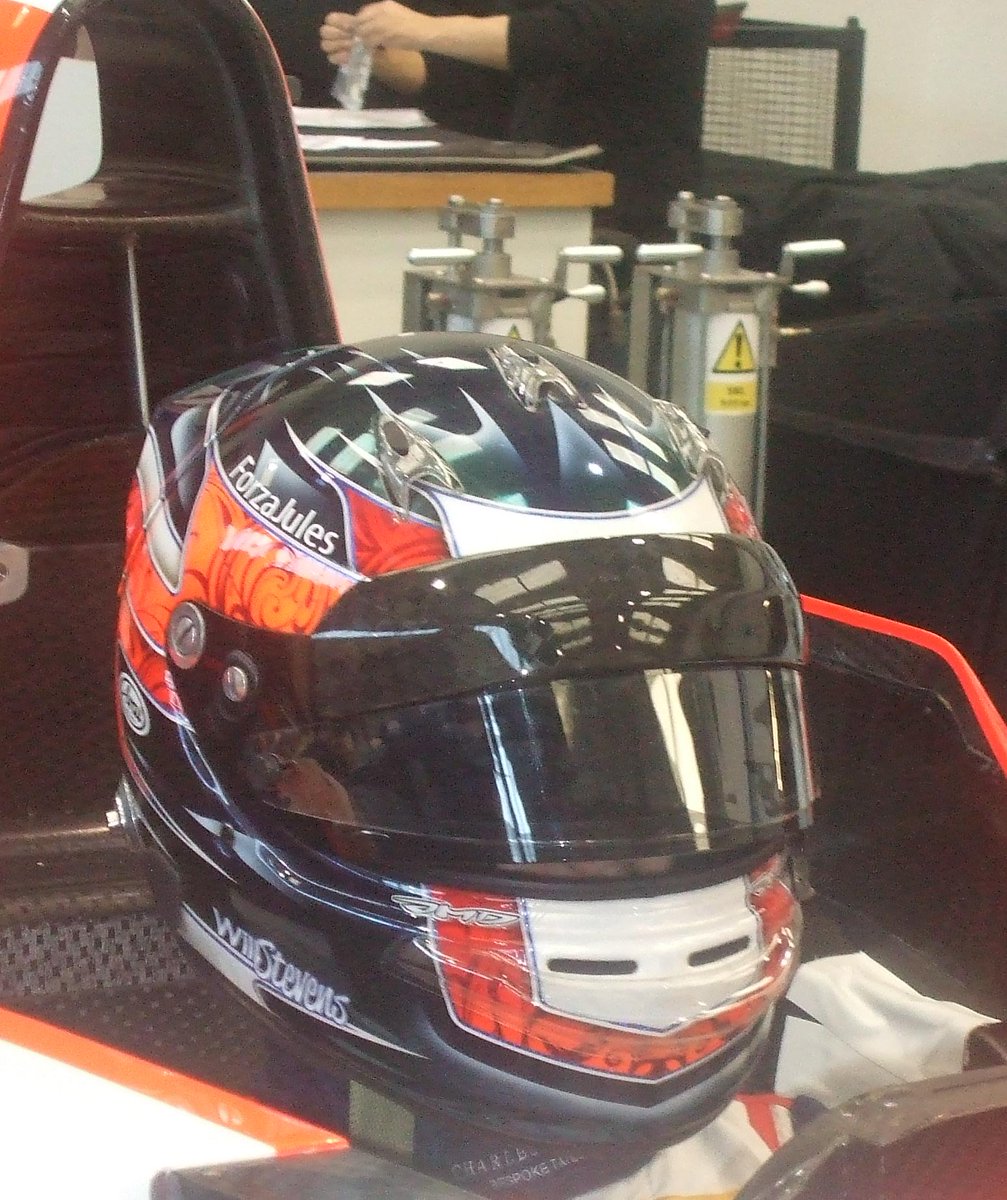 The fact that this topic isn't pinned is causing people to see the Marusia 03 car thread and post there about this car. Could some mod actually pin this one, or at least a speculation thread?
Top

Done. Although I'm not quite sure if we should use this thread for what is essentially an updated version of last year's car. I'll have to check with the other mods. In the meanwhile do post here.
#AeroFrodo
Top 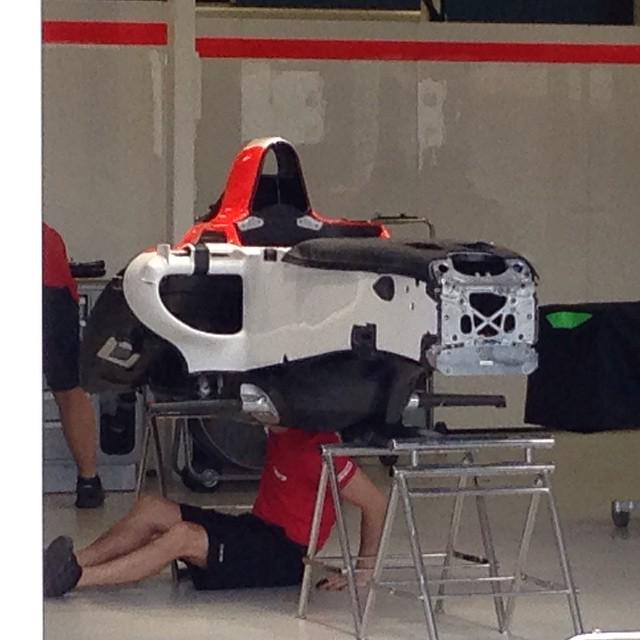 Metal front bulkhead?... must be for quick adaptation of the chassis.. So already a compromise on weight.
Top

Mehri has just announced he will be driving this Sunday!

I've got very bad news for my supporters, friends and family. This weekend you'll have to wake up early.

Roberto Merhi ‏@robertomerhi 26 s
I will like to thank @ManorF1Team for the opportunity and I hope to pay back the hard work of the team with a solid weekend! #TeamMerhi
Top 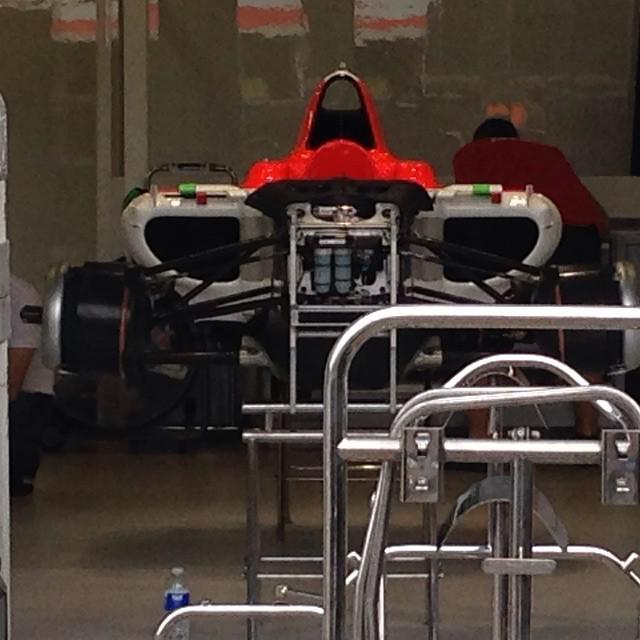 Metal bulkhead is from last year.

I'm not sure we've seen anything new yet, but good to see the car going back together =D>

I like the red and white too, showing Mclaren where they should have gone...
Top What is it?
Top

Its the lower side impact structure.
You wont see them later in the week as the front of the floor covers them.
The leading edge of the floor is thicker to accommodate these structures.
Top

Those are the side impact crash structures.
Top

turbof1: Also for the record, I'm against running a 2014 car among 2015 cars, which is outright dangerous. I however cannot blame Marussia for that since this was presented to them.

If they went through with new crash tests then it is not the 2014 car, just the 2014 chassis, most likely with a 2015 nose. They are not in the position to blow that much money on tests which were successfully completed a year before.
What I fail to see is how much more dangerous this car is vs. the rest of the field? The bulk head was dropped, but the major changes were to the nose (tested to 2015 specs) and the floor (they are allowed to use skids, these are not mandatory). I can't find the danger...
“Strange women lying in ponds distributing swords is no basis for a system of government. Supreme executive power derives from a mandate from the masses, not from some farcical aquatic ceremony!” Monty Python and the Holy Grail
Top

I think everyone in the thread is saying the same thing:
The key thing for Manor is that the bodywork rules are largely unchanged, hence they can run last year's bodywork (except the nose). I guess they've included some easy to implement aero updates (ie cheap) from the wind tunnel model in Andy's possession. The fact they've not tried to get that model back shows that they aren't interested in developing the car beyond where they'd got to last Nov/Dec. It also infers they won't be doing any mid-season wind tunnel testing this year.
Top

Those are the side impact crash structures.

Are the so low? I thought that the crash structure was above the radiator?
Top
197 posts