Yeah, way too soon. We usually start these topics only after the season has ended. I do understand the sentiment since Renault is not going to develop the current car any further. I'll allow it, but basically I don't see what you are going to discuss here for now.
#AeroFrodo
Top

Bump and lock until Abu Dhabi is finished, in accordance with the other speculation topics.
#AeroFrodo
Top

I've found this in another thread : 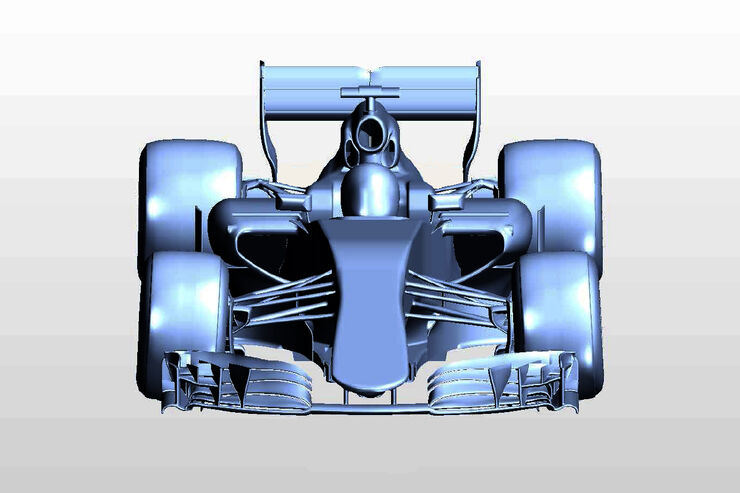 Looks like a prototype based on the E23/RS16, maybe they've done this in the begining of their work for the new RS17... in order to understand the new tyres, the aero changes, and so on based on the actuel car.

Hope for this new RS17 they will not just made a modificated E23... impossible, no freakin way !
Go Ricci !
Top

for fuel and lubricants, RENAULT still remain with Total
Top

GM7 wrote:I've found this in another thread :

Probably some mock up. The rear wing, for instance, is the same one Ferrari used in their SF-15T test car
Top

Or maybe this was a pre-study to design a mule car for the Pirelli tests when they tried to evaluate the cost and the gains of getting involved in the tyre tests?
Top

With the RS.16 being more or less a two year old design made with a very limited budget from a bad start (the twin tusk "thing"), I assume they started off with a clean sheet of paper.
Top

Renault's 2017 Formula 1 challenger will be based on last year's model, as opposed to its current RS16 chassis, Team Principal Frédéric Vasseur has outlined.

Renault returned to F1 as a works team for 2016 after a protracted takeover of Lotus, powered by Mercedes in 2015, which has compromised its car and engine package.

As a result, Renault switched focus to 2017 – and the regulation overhaul – early in the season, and Vasseur has revealed that the outfit is using the 2015 design as a base.

"Yes, we do consider 2017 a good opportunity for us," Vasseur told the official Formula 1 website, when asked about abandoning 2016 development earlier than its rivals.

"Right now we are using a 2015-designed car that was built around a Mercedes engine, so when switching to a Renault engine [for 2016] we suffered from the very beginning.

"But as I just said, 2017 holds a good opportunity for us. Yes, right now it is a bit stressful to manage such a huge gap based on the structure that we have - but we are working hard on it."

Renault currently holds ninth in the standings on six points, 22 adrift of Haas and five clear of Manor, and Vasseur admits the team is unlikely to gain any positions in 2016.

"Well, the pecking order seems quite clear," he went on to comment.

"It will be difficult to change it, as we are not working on the car [for the rest of the season], so unless a gift comes from God, I don't know how we should jump ahead."