In 2017, Renault might use a carbon fiber casing for its gearbox for the first time since 2009? AFAIR. Anyway the 2017 one is completely new (For 2016 they reverted back to a 2015 casing after they ditched their 2016 for-a-Merc-PU designed-PU Gbox because it didnt fit the Renault)
And the RS.17 might have Y-shaped lower front whishbones like Merc, Ferrari, RB etc.

"Enstone has used a titanium casing for many years, along with Xtrac internals, but looking to the future it is clear that Chester and his team are contemplating adopting a composite casing in 2017, though they have yet to fully commit to it. ‘I think there are pros and cons to using a cast titanium ’box. The structure works quite well, but then some people have done very nice carbon fibre cases which could give a bit more freedom on suspension pickups, for example. But if you have a relationship with a good casting firm and a good machining firm then its straightforward – you design it and it gets made. With a carbon gearbox you have to develop all the processes to laminate it, manufacture it, work out the bulkheads – it is quite a big engineering exercise. While it works well for some teams this is not a trivial process. For 2017 it will be a totally new gearbox, a new concept, but it is a bit early to reveal much more than that now."
"A lot of teams have gone for the narrow span front wishbone. Its’ an interesting area to look at. We are looking at the front and we know there is a gain to be had in terms of aero profiles. At the rear there are always things we can do to make the car ride better, too."

But what sort of CF casing are we talking about? are the Ferrari and Merc real carbon-fibre casings? is their CF outer shell that surrounds the titanium internal casing thick enough so you can deignate it as the main Gbox casing? what about the RBR Gbox?
Top

another winter where Renault shows off the same promotional use chassis and it shows up on this forum.... classic.

fish eye lense is distorting the edges of the photo and stretching the tires.

I hope this is the last time that chassis shows up here.
Top

The RS17 is definitely not complete yet. And that car is an R30. https://upload.wikimedia.org/wikipedia/ ... lhouse.JPG
The 2011 car has a completely different nose (higher, thinner, stepped) completely different sidepods, suspensions, etc.
http://www.f1fanatic.co.uk/wp-content/u ... 41x529.jpg
Top

Blackout wrote:The RS17 is definitely not complete yet. And that car is an R30. https://upload.wikimedia.org/wikipedia/ ... lhouse.JPG
The 2011 car has a completely different nose (higher, thinner, stepped) completely different sidepods, suspensions, etc.
http://www.f1fanatic.co.uk/wp-content/u ... 41x529.jpg

And everyone has been right; it's not the 2017 car. I don't think any team would reveal the full car this early.
If you no longer go for the space someone always has to leave, you're no longer a racing driver
Top

You're right Formula wrong, I completely forgot the R31 car and went directly to the 2012 one

Any other infos mr Scarbs?

Losing the interconnected suspension hurt us a lot in 2014, it hurt us a lot from losing the ride height control we had with it, but also we developed our aero package around it for a lot of years and that meant we took a double hit,’ says Chester. ‘So, we had to change our aerodynamic development to make up for it and through last year that took some intense work. We gained some of it back, and now it perhaps isn’t an effect on us any more. For us the whole advantage of it was the rear pushing the front up, and that is what it was all about. Once you have taken that away it just leaves a lot of people running quite a stiff front end and a fairly soft rear end. You could do a remote springing unit, but it does not gain much over having it just sat between the rockers.’ 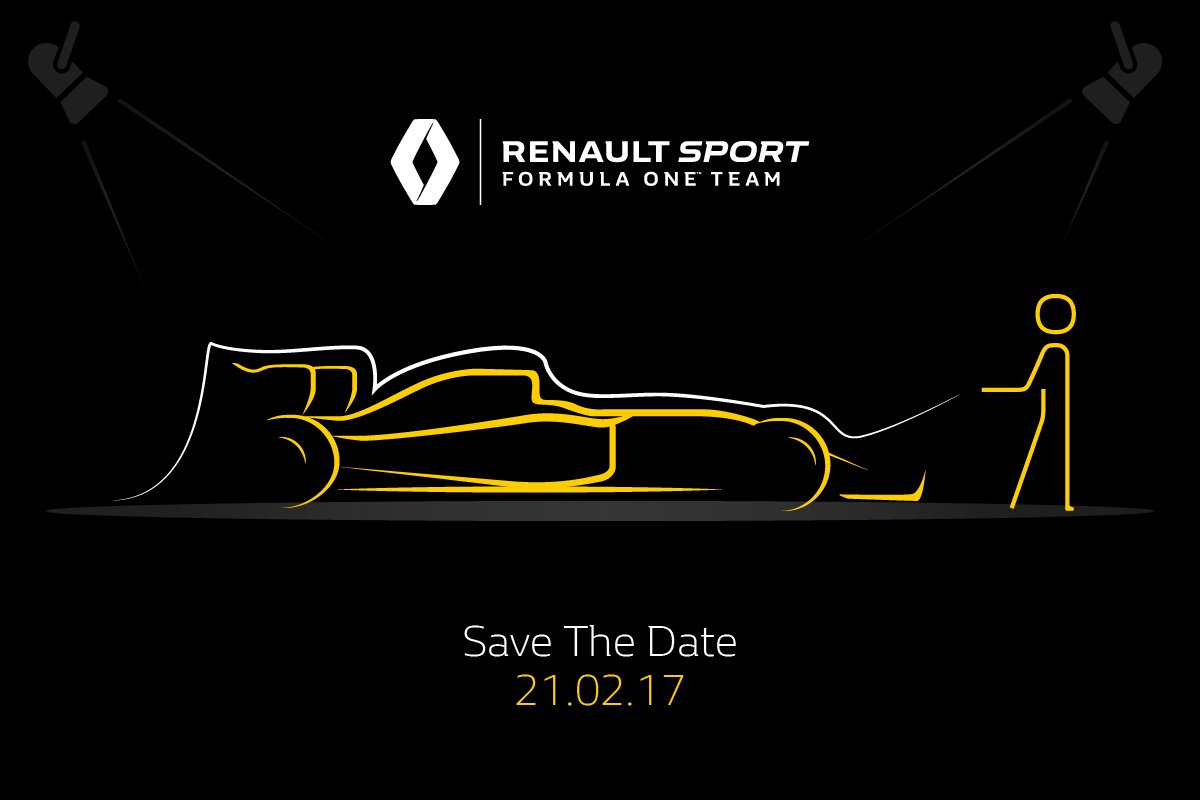 now they have also Franken-teasers?

May they show us a Franken 2017 car on the 21. Feb then, I mean who rembers the last legit Enstone launch car^^
Finishing races is important, but racing is more important.
Top

4 Weeks to go, for Renault Franken-Show!

let's see what bizzare show car they will drag out of their crypt.
Finishing races is important, but racing is more important.
Top