but the design looks like something that would work. Maybe they show their real philosophy here...
Finishing races is important, but racing is more important.
Top

If this is the real nose, it could look like this :

It looks like a photoshop or a 3d render to me but it seems to be a logical evolution of the late2015-2016 nose: it looks like an optimised-shorteneded/swept back-raised version of the RS16 nose, similar to what many teams did with their nose since 2015, like Red Bull

But the vertical mounts of the nose/FW seem to have an odd shape IMO. They would look like this seen from the side, similar to the austin 2014 prototype nose on the left) Am I right? (sorry for the shitty drawing) 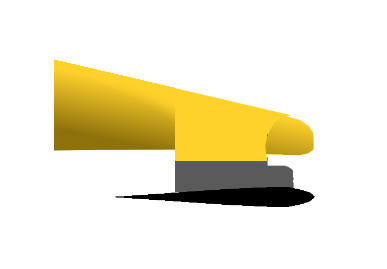 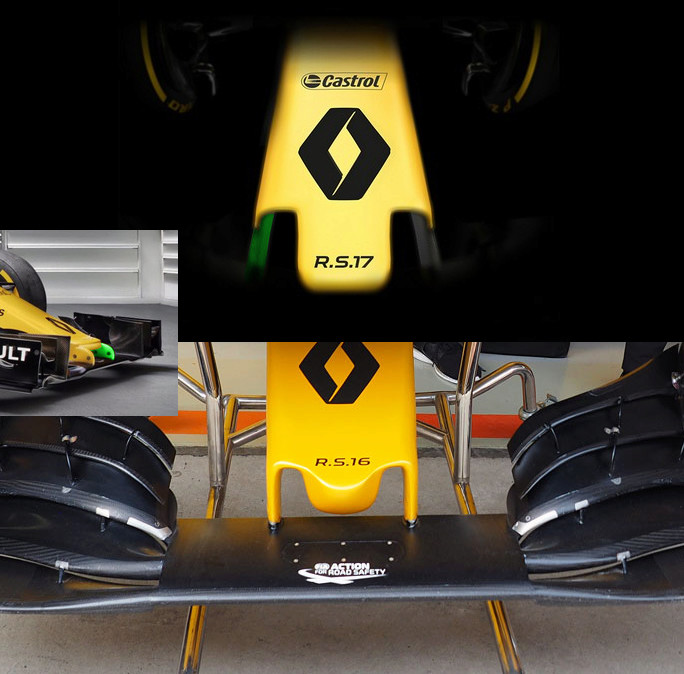 https://twitter.com/RenaultSportF1/stat ... 5750989824
"A fool thinks himself to be wise, but a wise man knows himself to be a fool."~William Shakespeare
Top

https://twitter.com/RenaultSportF1/stat ... 8618864640
"A fool thinks himself to be wise, but a wise man knows himself to be a fool."~William Shakespeare
Top

can they just forbid the thumb nose ??!

A fair warning that we will not tolerate any complaints anymore about these noses in the official car threads. Those threads are not for discussing aesthetics.
#AeroFrodo
Top

Looks as expected from what i can see....

Sharkfin seems present too.. judging by the draping of the cover
Http://www.mercf1fans.com
Top

I miss the times of Engine and Development war. I hope this Renault is going to be a winner and an innovation. It's only a wish...
Top

Kinda takes the sting out for the launch when your super secret cover for the car is see through. Now it looks like they already showed us the nose shape ages ago.
Top
67 posts