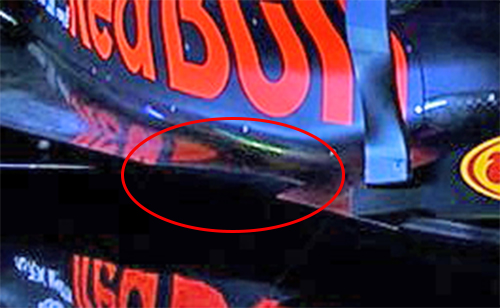 Something odd going on here, or is it just me? Technically is a combination of a vacuum and an uncircumc....... never mind.

I understand that teams are not keen on showing their hands before any sort of real track time, but then what's the point of showing something to not show something, why not just stay silent until first day of testing and role out the new car in all its actual glory? I would understand if there was a change in livery, but that's not even the case here.

Still things are a bit odd with this RB13, nose cone unusually blunt compare to other rebull iteration since 2014 and the beginning of the thumb era.
The pito tube has an interesting wire/try-pod shape, weight saving, cleaning the air coming out of the S-duct?

I don't have the RB12 precisely in mind but the access area for the suspension look rather large, same trick as Mercedes las year?
Side pod look tiny and airbox look a bit larger than last year I think.

Can't really say much until tomorrow when the real thing will most likely hit the track.
Top

hmmm. i stand corrected. it IS an opening. interesting.

No, there is a single stay instead of the previous 2!
Top

No, there is a single stay instead of the previous 2!

Nice simple and uncluttered car with plenty of detail like that nose and how they have got around the loophole for no air duct in it for S Ducts and such???

I love the uncluttered and tidy assembly of the car.
Twitter: @ESPImperium
BLOG: http://espimperium.wordpress.com
Top

how will marshalls pull the car up when there is an accident? very odd launch
Top

No, there is a single stay instead of the previous 2! 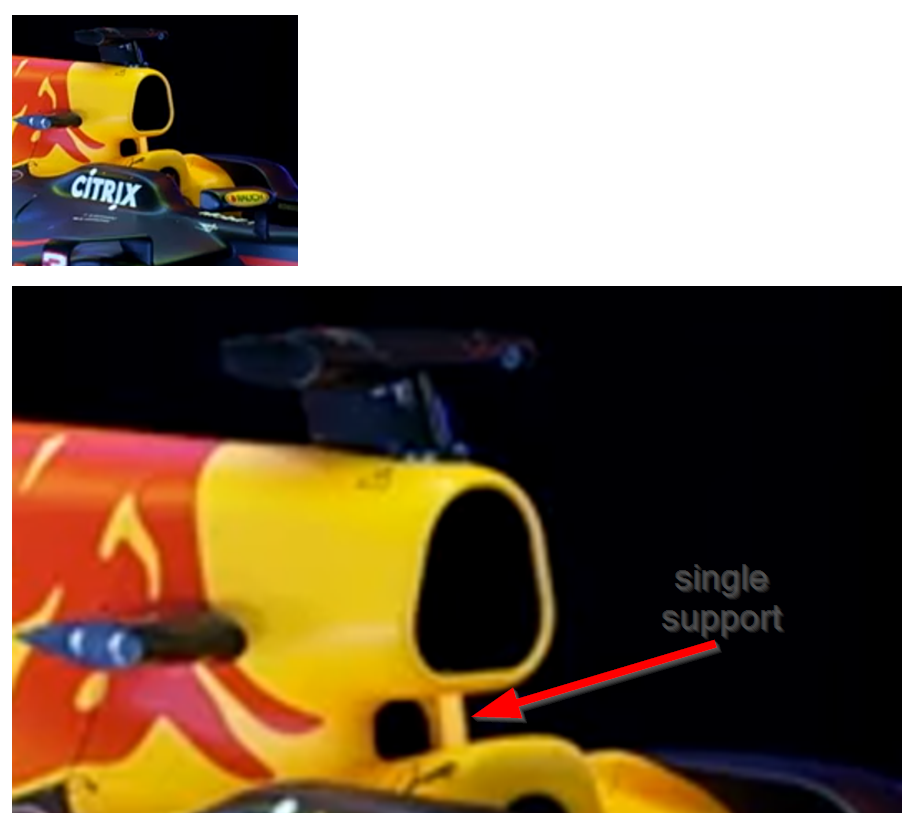