A place to discuss the characteristics of the cars in Formula One, both current as well as historical. Laptimes, driver worshipping and team chatter does not belong here.
33 posts

"But with the squad's finances now sorted, Kaltenborn insists her team will not be hurt by the lack of progress made with the 2017 car.

"Some things will take a while. You can't be quicker, that's the way things move," Kaltenborn said. "But I think in terms of development we could do a lot of things when it comes to looking at next year's car.

"We couldn't implement many things on this year's car, but other capabilities are very much there. So we could do that.

"There can be a bit of an effect on that, I'm not saying everything was just going on normally, but it shouldn't give us any reason why we can't make as step ahead next year".

Sadly I think that the disadvantage will be massive now that the teams can develop the PUs more than ever. Unless they bring incredibly good ideas for the chasis 2017 will be a tough year.

At least they expect to have a more ambitious in-season development plan than in 2016.
Top

Only 10 days to go, sharkfin confirmed

Not sure how accurate this is, but the rear end seems really wide...
"Stupid people do stupid things. Smart people outsmart each other, then themselves."
- Serj Tankian
Top

Not sure how accurate this is, but the rear end seems really wide...


The diffuser becomes wider and higher. Will you nevertheless try to keep the rear panel as slim as possible?

Green: This is an area where I am not quite sure yet. Because behind so much changed. The lower tail wing and the higher diffuser create completely new conditions. We press the space in between. That is why it is not quite clear how the rear will look. Higher and slimmer or wider and slightly flatter. We play all the possibilities on the computer.

Could be a teaser for the new livery 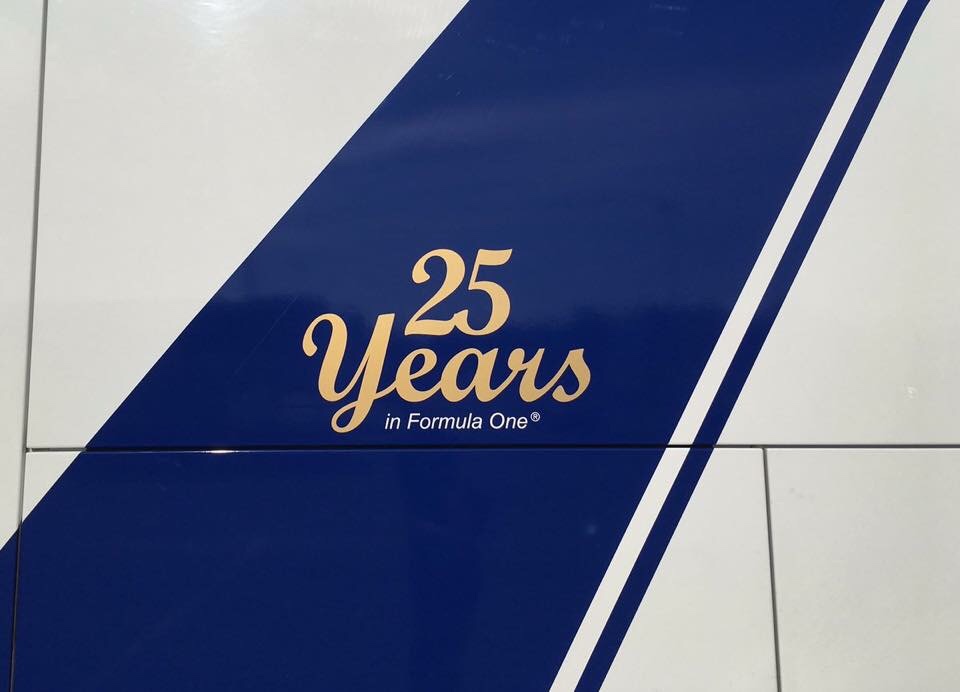 Hope so. Blue and white is sooooo much nicer than the blue and yellow!!
GoLandoGo
Lewis v2.0

That is part from their trailer that was seen at Barcelona 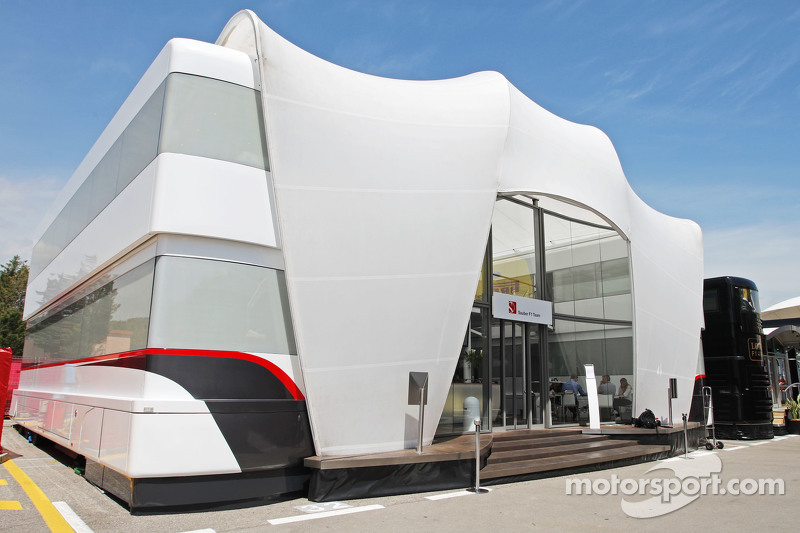 True, but the fact they changed the trucks is a huge hint of changing the cars.
GoLandoGo
Lewis v2.0

Well to be fair, they had quite alot of financial problems in last few years, so maybe they just werent having enough money to make a new movable HQ, or they simply didnt bother to even repaint it, since it looks like it is from 2010-13 era. Maybe now, when aparently money is sorted they have made investments in the whole image as well.

In the other hand this truck looks like brand new and the scheme is similar to the one on the motorhome, so maybe its just their thing to paint ther logistics in a different way.

If i would get the money to start my own F1 team, i would revive Arrows
Top

maybe their livery could look like 2010-2012 with blue instead grey/black. For "few" hours we will find out
Top

bauc wrote:What time is the reveal>?

Countdown clock ruled out, they're keeping costs down.
Top

bauc wrote:What time is the reveal>?

Neither their site nor social media accounts give any time.
“There are only three sports: bullfighting, motor racing, and mountaineering; all the rest are merely games.” --Ernest Hemingway
Top
33 posts