A place to discuss the characteristics of the cars in Formula One, both current as well as historical. Laptimes, driver worshipping and team chatter does not belong here.
379 posts

Developments I'd like to see today, on the Mercedes W11:

Curved radiators which would essentially convert a small portion of their horizontal displacement, for vertical displacement, as shown with the 2019 Williams car below. This should allow the sidepods to be narrowed slightly. 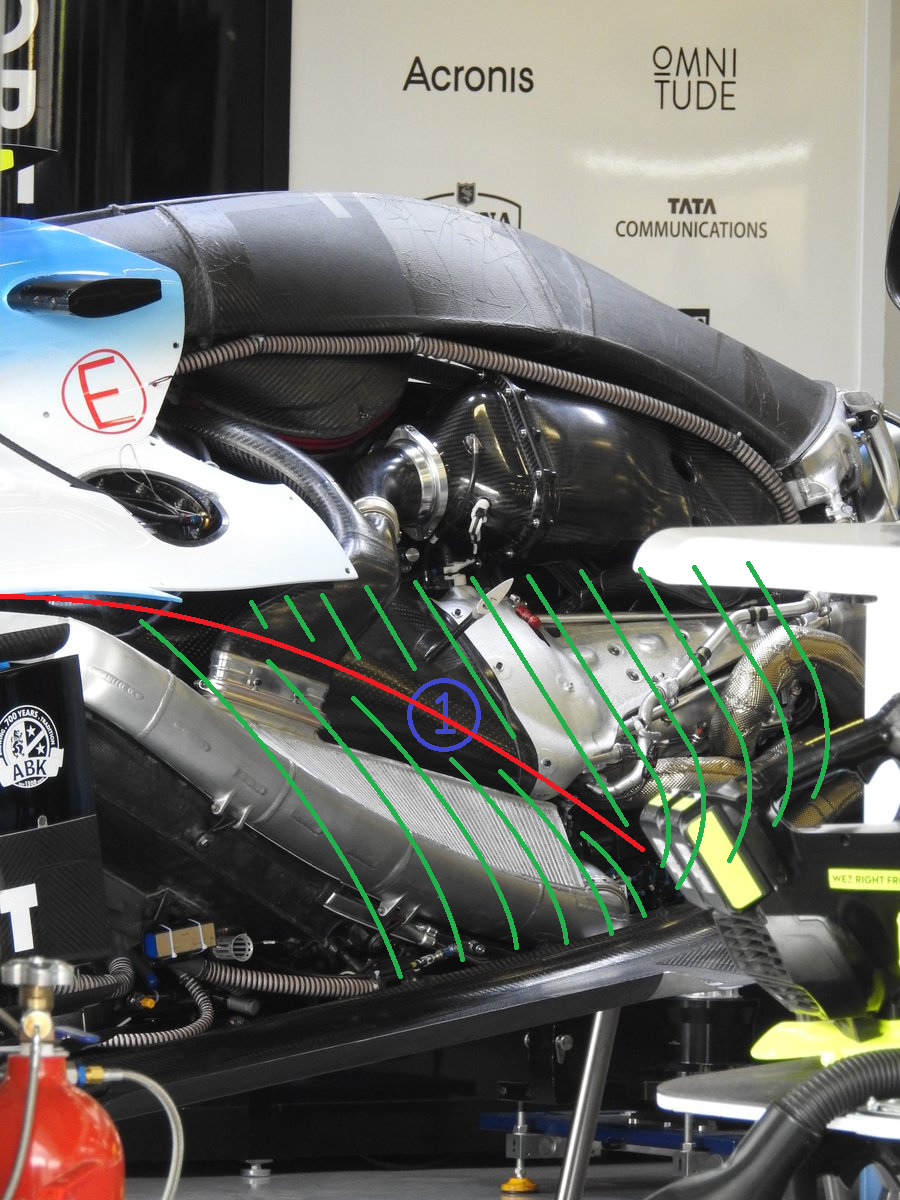 Also shown (with a purple "1" circled in the Williams image above) is a sloped monocoque section which houses the fuel tank. I'd like to see Mercedes revert back to this layout (as they used in 2014 with the W05 & 2015's W06) as shown respectively in the pictures below. 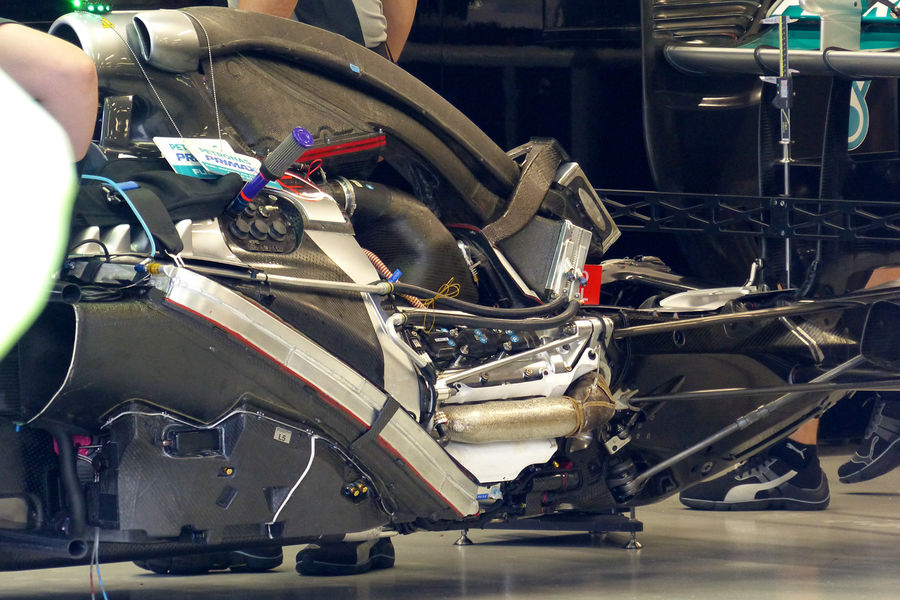 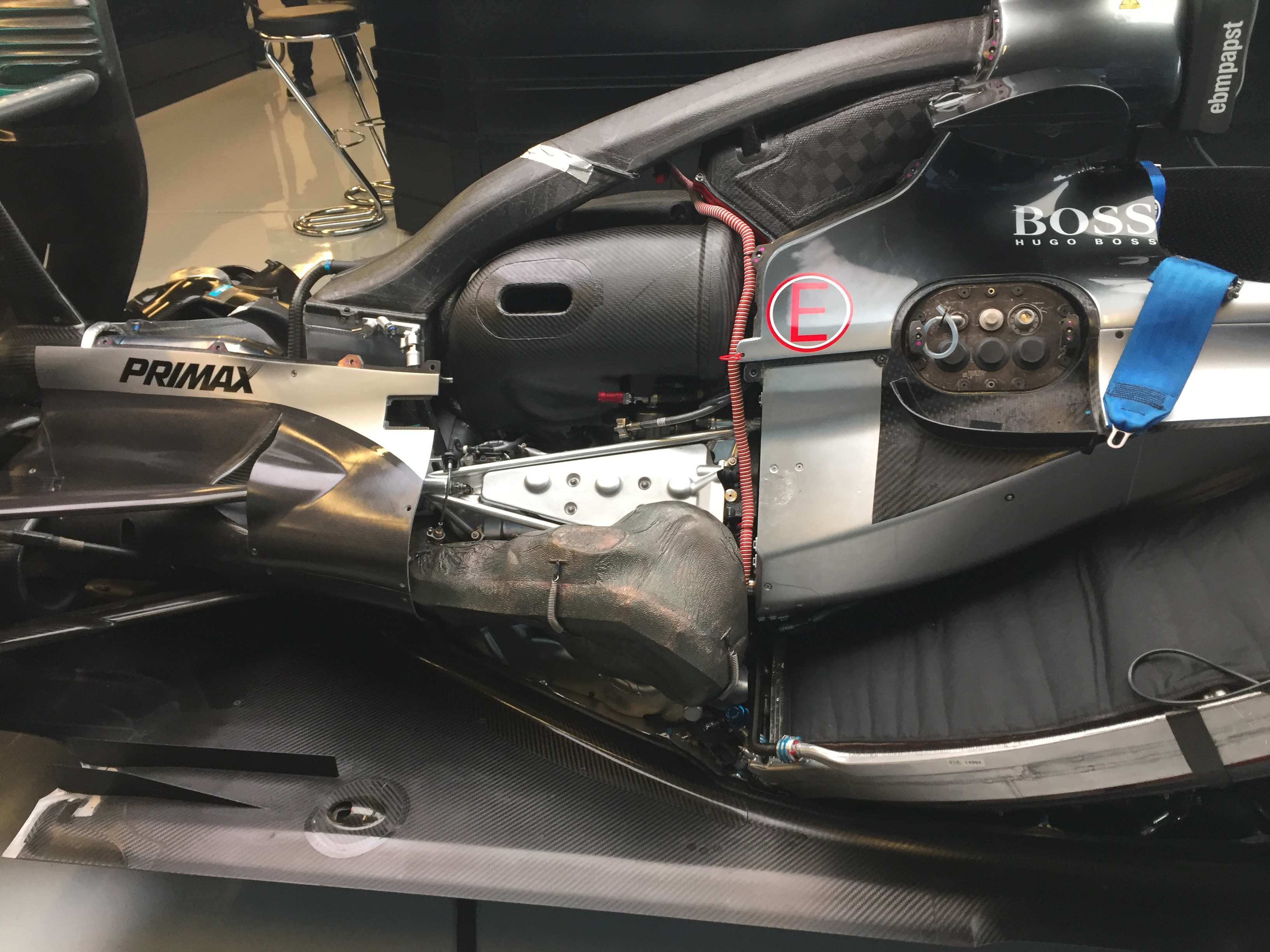 In order to enhance packaging and further increase the 'downwash' effect towards the floor, the exhaust manifold (rearmost pipe on both sides) will require modification. The pipe (shaded green) will be required to sit below and in the shade of the mandated engine '>' brace and the gearbox casing would be used to equalise it's length in reference to the other pipes. The red contour line highlights the smooth transition to the under-cut that the new exhaust layout would allow, as shown below: 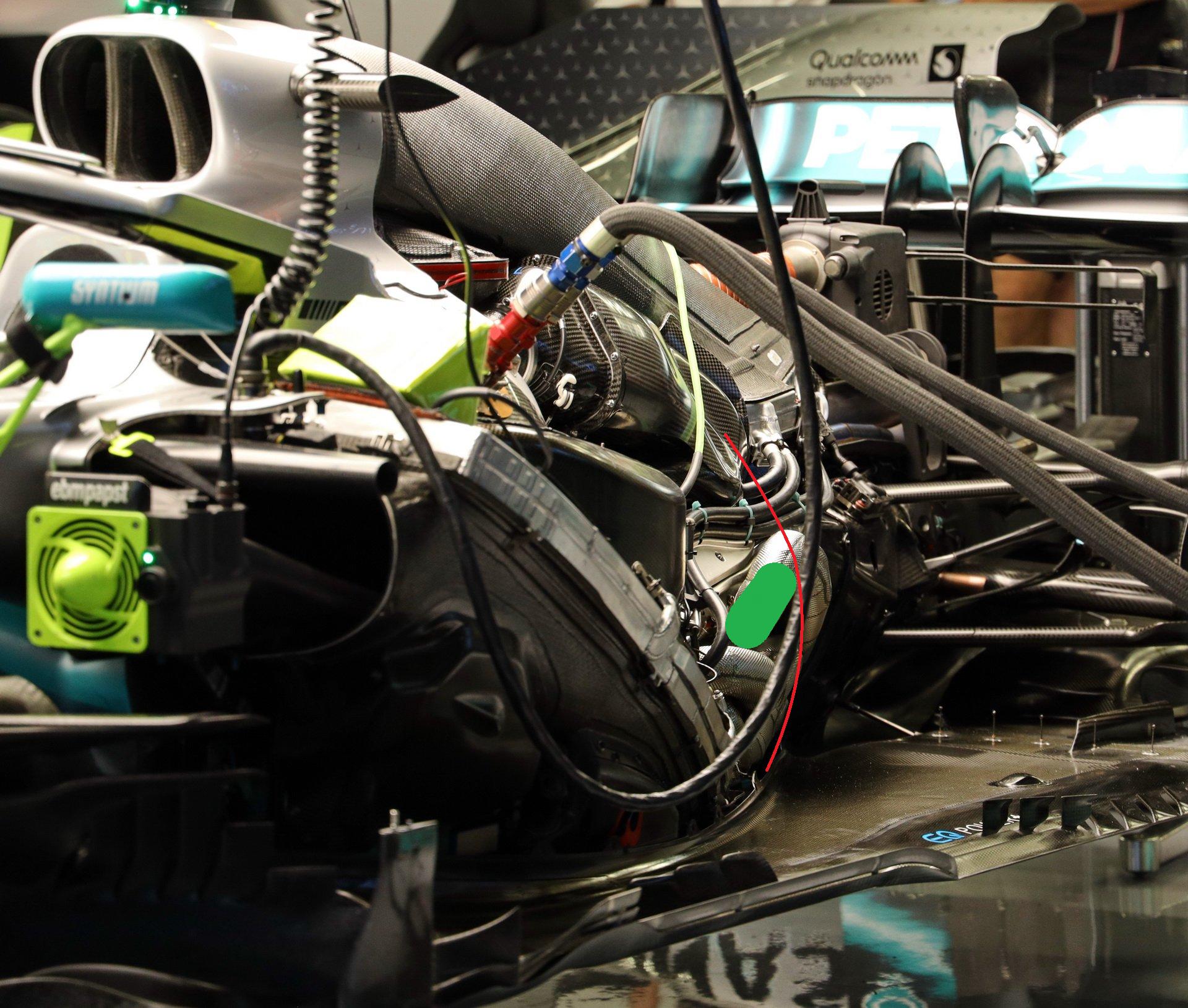 The following images shows the improved packaging with the side-pods narrowed (red line) and exhaust manifold bulge in the bodywork removed (shaded yellow): 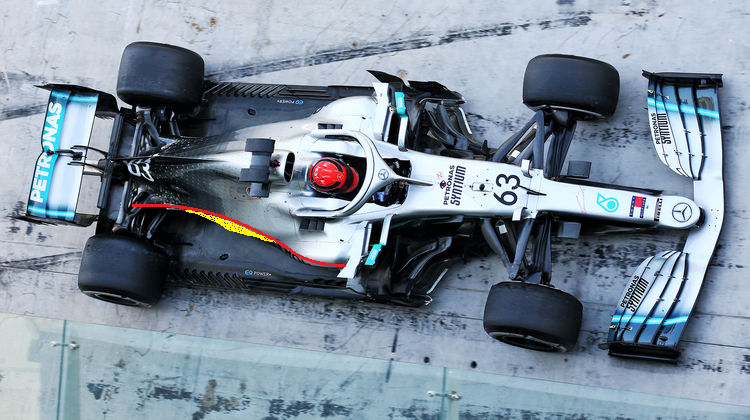 Finally (I'm not sure how possible this is), at some point in the future, I would if the MGU-K could also be move to inside the 'V' ahead of the MGU-H (shown below) and the oil pump situated else were, e.g. in front of or behind the engine block rather than beside it. This would allow the exhausted manifolds to be tucked in tighter, allowing for a greater under-cut: 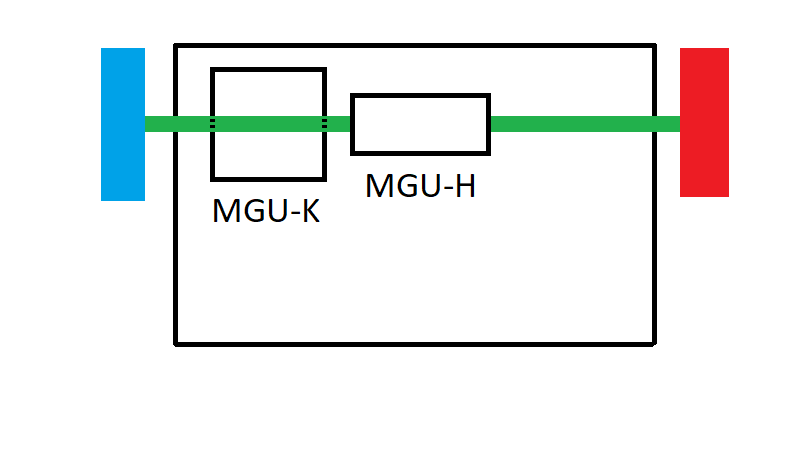 Looking forward to your thoughts after the reveal.
Top

I actually really like the livery it suits the car.
Top

Looking forward to your thoughts after the reveal.

Cheers zibby. The forward part of the side-pod pretty much matches my wish

. I'll need to see other shots in order to assess the exhaust bulge region, packaging and general tightness.
Top
379 posts