A place to discuss the characteristics of the cars in Formula One, both current as well as historical. Laptimes, driver worshipping and team chatter does not belong here.
827 posts

It occurred to me, last year Red Bull had an upright guide vane at the edge of the bargeboard, which combined with the bargeboard created a sort of tunnel. Mercedes, and now McLaren have tried exploiting this area, this year Red Bull instead have gone with a different arrangement, using the two little horizontal winglets to channel air instead of an upright. I suppose that the channel is difficult to achieve with the rest of side pod end fences. 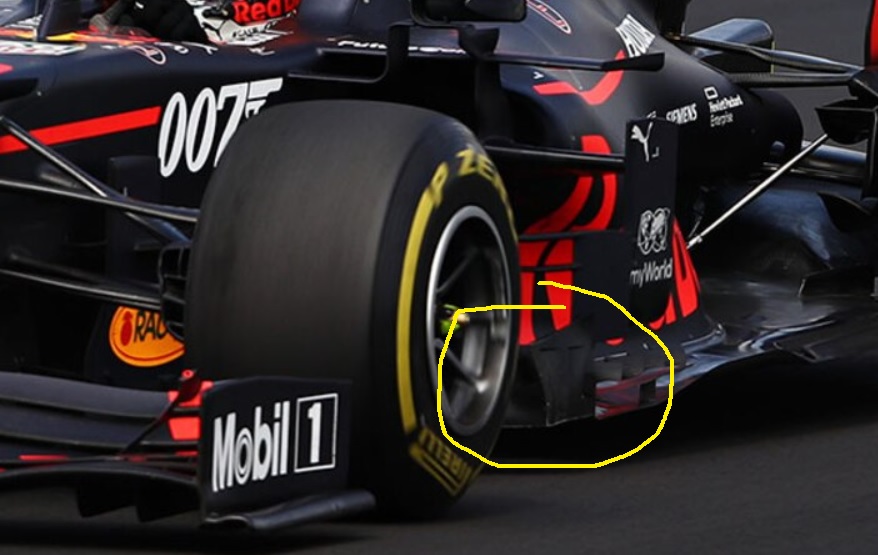 If this area has been deemed to work better with those little wings instead of the vane tunnel, who am I to judge. However that area has changed and not sure it changed for the better.
The height of cultivation is really nothing special. It is merely simplicity; the ability to express the utmost with the minimum. Mr.Lee
Top

I have noticed a red glow on the inside wheel rim, it should not be a brake glow, as it is visible long after a braking zone in the middle of the straight. Is it from temperature sensor? 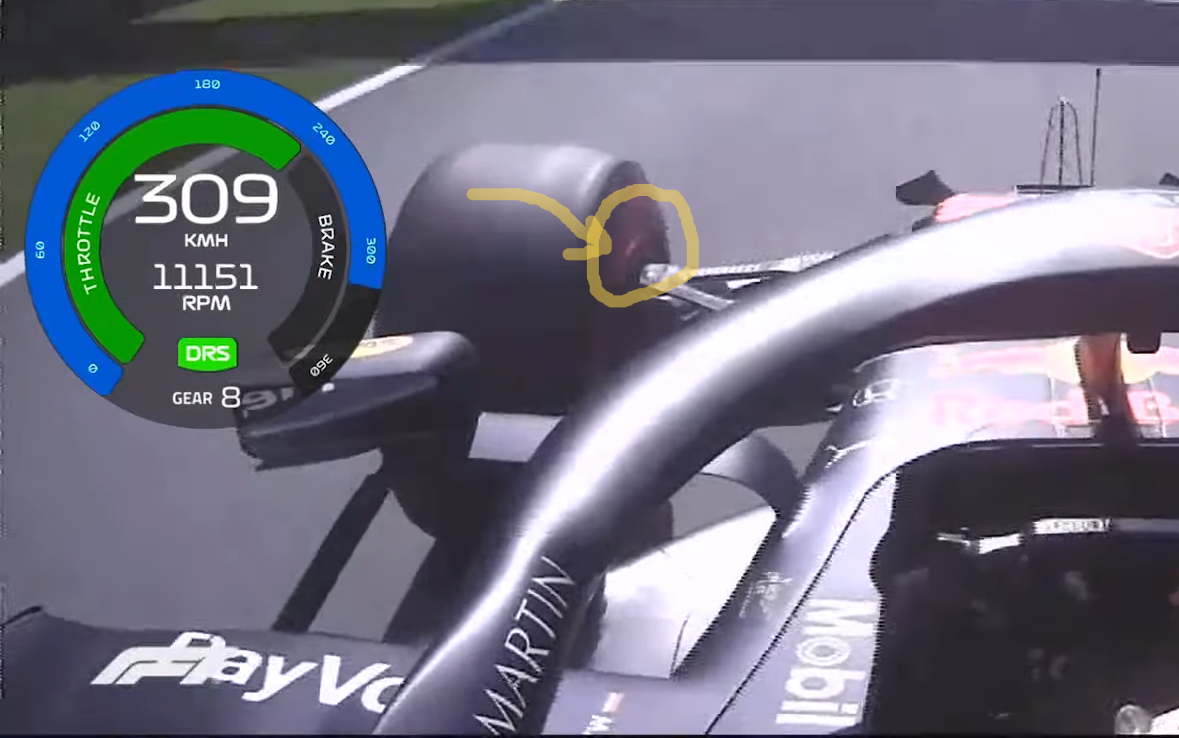 Could just be a sunlight reflection of the shiny rim of the wheel like you see on the tyre in that shot. Iv`e had a look and can`t see where a sensor could be that points there, maybe in the wing camera housing.
Top

No, I've seen it consistently over the last few races, and it's red. I wonder if it is some sort of digital camera artifact.
Top

timbo wrote: ↑
Sun Aug 02, 2020 2:25 pm
I have noticed a red glow on the inside wheel rim, it should not be a brake glow, as it is visible long after a braking zone in the middle of the straight. Is it from temperature sensor?

Whatever it is, it's super clear on both of Albon's front tyres just as he's about to collide with K-Mag (there should be ample footage available).
Top

My screenshot was made when Verstappen was near the end of the main straight in Austria; the brakes must be cool at that point.
Top

Its reflexion of the red stripe on the side of the nose.
Top

Yesterday I've seen a similar one on a Ferrari car so probably is just reflection of the surrounding red.
I'm still learning English so please excuse me if my English is not good enough and feel free to correct me via PM if you want.
Top

On Timbo’s video thumbnail you see it even on the tire side wall, must indeed be a reflection of the very vivid red of the Red Bull letters/logo on the frontwing.
Just a personal interest, a Family recreating a WW2 May 1940 Dutch warbird from scratch: https://www.facebook.com/FlyingFokkerD21/
Top

Has high rake cars has its day in f1
Top

Has high rake cars has its day in f1

Interesting that the article says that the floor edge slots help the low rake cars as much as the high rake ones. Which makes sense as they all use those slots in varying ways. Will be interesting to see what happens next year when they are banned and the floor edge sloped in on plan.
Turbo says "Dumpster sounds so much more classy. It's the diamond of the cesspools." oh, and "The Dutch fans are drunk. Maybe"
Top 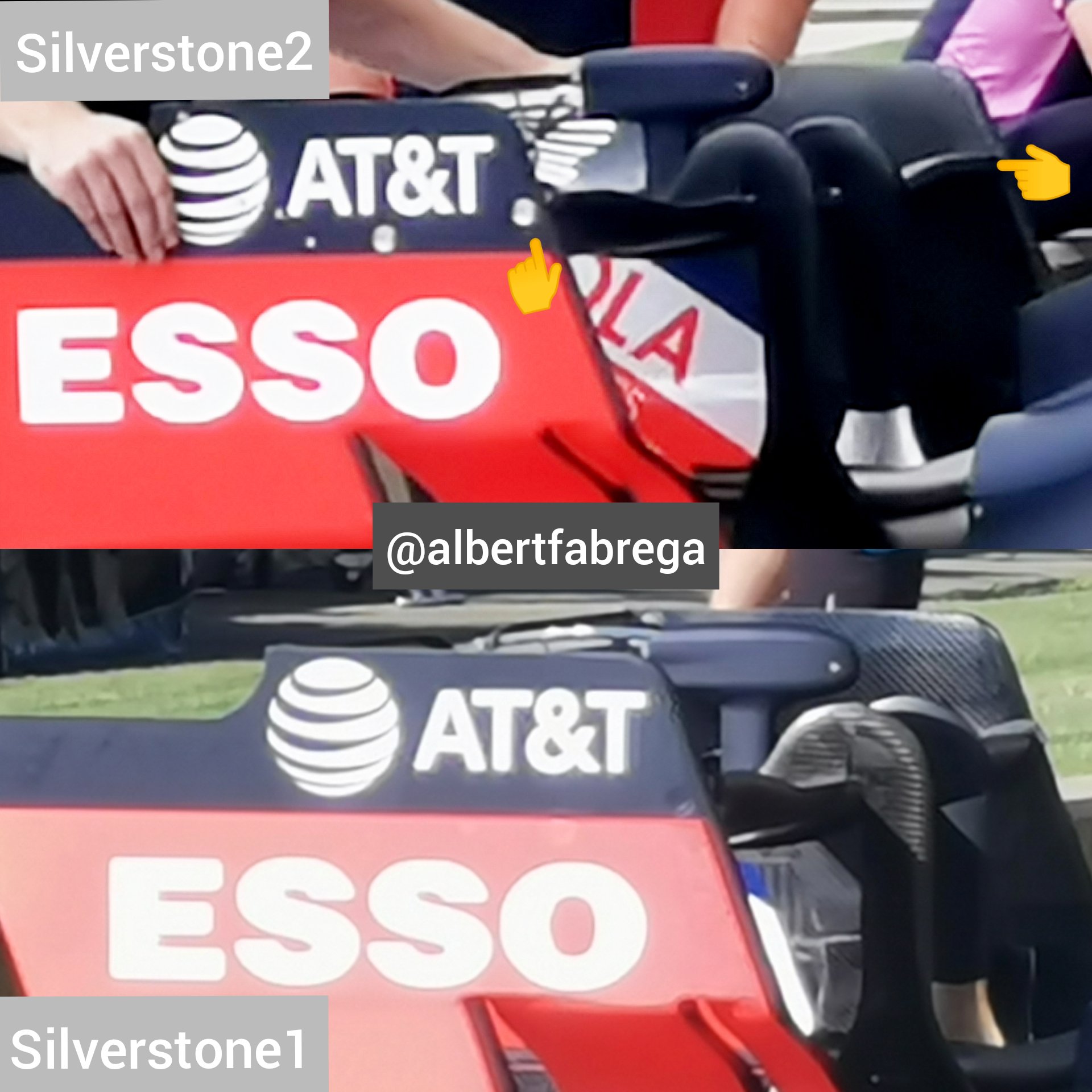 So shallower rear wing?
The height of cultivation is really nothing special. It is merely simplicity; the ability to express the utmost with the minimum. Mr.Lee
Top
827 posts