I'm sure it's not at all unusual but it seems really weird that the air intake above drivers head is blocked off surely that must play quite a big part with pressures etc.

The side pods seem very flat, and are those exits I see on the topside of the side pods? I can't tell from the picture.
Before I do anything I ask myself “Would an idiot do that?” And if the answer is yes, I do not do that thing. - Dwight Schrute
Top

whats worth noting is the extended bulge after the driver head protection area, its quite pronounced far back, possibly making room for the large fuel tanks required for next year...

I suspect that the fuel tank also interferes with the radiator positioning, thus the bulgy looking sidepods
Top

I suspect we'll be seeing several F1 cars with it next year, if not all of them.
Top

6.1.2 All the fuel stored on board the car must be situated between the front face of the engine and the driver's
back when viewed in lateral projection. When establishing the front face of the engine, no parts of the fuel,
oil, water or electrical systems will be considered.
Furthermore, no fuel can be stored more than 300mm forward of the highest point at which the driver's
back makes contact with his seat. However, a maximum of 2 litres of fuel may be kept outside the survival
cell, but only that which is necessary for the normal running of the engine.
6.1.3 Fuel must not be stored more than 400mm from the longitudinal axis of the car.

The teams are going to have fun fitting a large enough tank without having to move the driver forward. Since this is a weight element that will decrease over the duration of the race, the tank will need to be at the balance point to minimize handling changes.
With the fuel stored within 400 mm of the cars longitudinal center line, it shouldn't have too much effect on the side pods. That is unless the fuel tank pushes other elements out into this area. Side crash testing also has to be considered.
As for Lotus....I am sure Marvelous Mike will not fail to intrigue....
Personal motto... "Were it not for the bad.... I would have no luck at all."
Top

I suspect we'll be seeing several F1 cars with it next year, if not all of them.

Depends on the packaging of the particular design.

Any weight saved on the pullrod itself, can be gained back since the upright has to beefier to handle the increased load. There is a slight advantage CG wise to the packaging of the springs, rockers and shocks slightly lower.

But the overall size of the system is not smaller, as the pullrod system is lower, but also w i d e r. The suspension components also become harder to access when they are not above the transaxle.

Also, undercar airflow gains can be lost if suspension is too low and interferes with the diffuser and such.
Before I do anything I ask myself “Would an idiot do that?” And if the answer is yes, I do not do that thing. - Dwight Schrute
Top 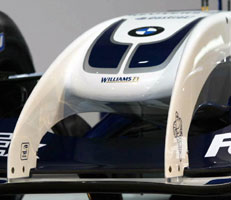 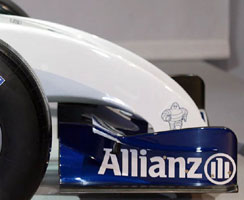 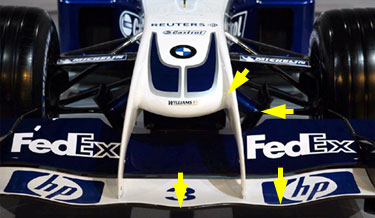 With the current rules concerning the front wing, wouldn't something like the front of the FW26 be advantageous now? Tuning the uprights to do the same, or similar job as the undernose splitter? The Toyota TF109 seems to be running a narrower set of walrus tusks already.
Heaven: Where the cooks are French, the police are British, the lovers are Greek, the mechanics are German, and it is all organized by the Swiss.

Hell: Where the cooks are British, the police are German, the lovers are Swiss, the mechanics are French, and it is all organized by the Greeks.
Top

deus1066 wrote:It would be great if one of the new teams published a step-by-step run down of their car from conception to track. I know USF1 have released a few little bits and Lotus have shown us their basic concept. Unfortunatly secrecy in F1 means this will never happen.

I'd imagine, the basic packaging of components e.g. engine/fuel tank and driver probably come first, especially if the engine is from a third party (Cosworth). Then, front wing/nose and DDD probably take priority as they can produce a lot of downforce and in the case of the front wing, have a large influence downstream, and the in the case of the DDD, require good integration and design upstream.

From there on I imagine its form following function and detailing.

I've been having a go at designing something in Google Sketchup and its pretty much DDD and nose/front wing which takes up the most time.

Lola F1 car development was featured in a book some years ago .The book was really
nice with lots of detail pics etc but hey ,this awful machine (chesterfield sponsorship )did it ever race ,I cannot remember..
unfortunatelly I have borrowed this book to a mate ... never got it back .
anyways I guess in your first year you could easily open the doors as a newcomer,as you surely learn more from the competitors as they would even thnk about looking at your stuff..
Top

Early iteration? I don't think so, just look at the carefully sculpted side-protection area, which surely contributes to a considerable amount of downforce, while feeding the rear wing with vortex-free air.

I am sure this design is the result of endless CFD-trials and the picture was taken without the teams knowledge?
"I spent most of my money on wine and women...I wasted the rest"
Top

xpensive wrote:the picture was taken without the teams knowledge?

Its an official press release!
Top

Mike Gascoyne is the engineer. Hasn't he left a trail of disaster where ever he has been? I appreciate that the British commentators sing his praise - but what is his track record?
http://en.wikipedia.org/wiki/Mike_Gascoyne
Top

I think they just released the picture to prove that they are a credible outfit. I have my doubts about the other 3 teams. Especially Campos and USF1. Tho I'm hoping to be proved wrong about USF1 (I would like to see them come out with something). By all accounts Campos are just holding on to the F1 team place (for potential sale to another party), which is wrong in my eyes- given the mess it could create with the BMW team.
Top

gibells wrote:By all accounts Campos are just holding on to the F1 team place (for potential sale to another party), which is wrong in my eyes- given the mess it could create with the BMW team.

The bit the pisses me off the most about this is that BMW is already a team and people have jobs there. I was really suprised to hear Frank Williams was blocking the new BMW outfit, but then again I think he's losing it these days anyway.

As far as this Lotus goes. This is most certainly an early idea and it's been released to generate some media buzz, just like it's doing now.
"Unbelievable how silly this Formula 1 is these days, with this stupid overtakes."
—Sebastian Vettel, 2012 US GP
Top
855 posts