Manor Racing have finally confirmed their first racing driver for 2016, appointing Mercedes-linked Pascal Wehrlein the first of their two available seats for the 2016 Formula One season.

This forum contains threads to discuss teams themselves. Anything not technical about the cars, including restructuring, performances etc belongs here.
253 posts

NathanOlder wrote:Yeah great news. Looking forward to this, although there will undoubtedly be a loser and whoever that is will find it hard to get to Mercedes after this.

Not sure, yours sounds more like the RedBull youth programm, on the top of my head: Buemi, Alguersuari, Bourdais.
Of course Ocon and Wehrlein will feel some pressure, but their seats for future Merc are almost guaranteed, unless Stroll, or if Merc want a senior driver

Guaranteed Merc seats?I don't see Louie or Britney giving up their seats soon enough to make it worth staying at Manor. Maybe Mercedes will move their perceived victor up to FI or Williams to hold onto them, though.
“To be able to actually make something is awfully nice”
Bruce McLaren on building his first McLaren racecars, 1970

Pierce89 wrote: Guaranteed Merc seats?I don't see Louie or Britney giving up their seats soon enough to make it worth staying at Manor. Maybe Mercedes will move their perceived victor up to FI or Williams to hold onto them, though.

I'm no racer ofc, but i don't share the hurry most people in F1 have.. What if WEH and OCO have both to wait 2.5 years, in Manor FI Williams? Don't forget how many can't make it to f1.. Unless Stroll, or Merc going for one senior/one young, I do think as per now they have guaranteed seats in 2019
Top

So, they got into Q2.
Welcome to the exciting and wonderful world of automobile racing. Enjoy!
Top

Interesting... Assume Magnussen can't race this weekend. Would Renault call up Ocon, their reserve, to race in his place? What does that mean for Manor, Rio back in?
Top

Says something for a season when the manor drivers' battle starts to become one of the more interesting things.

So far, Ocon doesn't seem to have shown the ability to just jump in and overshadow a decent team mate - Schumacher at Spa 91 vs. De Cesaris-esque. Different days etc. but I actually think the jump to F1 is easier these days, despite the complex controls.

Early days of course but Harianto was starting to make Werhlein look fairly underwhelming , not much better than Rio, so I don't think you can put it down to that. I personally never got how Ocon was this super talent but Ghioto - who I felt was the more exciting driver in GP3 last year - went completely unnoticed.

Let's see how Ocon fairs in the rest of the season. Can't see how Renault could justify calling him up for next year yet though.
Top

Pascal is the type of driver who will take 100% of any opportunity for a good result. He's been in Q2 four times this season, not just "scrape through then wind up 16th" either, he was 12th on the grid in Austria and 14th in Italy. Not to mention Manor's only point in Austria, putting them ahead of Sauber in a crucial long running battle for column 1 prize money. 16 finishers in that race, a point earned on merit not retirements.

Compared to that Rio had nothing, best qualifying 17th and best finish 15th (out of 15 finishers).

Esteban, let's see how he fares, it's early days and he's starting mid-season. If he can start getting close to Werhlein will reflect well on him, but getting beaten badly would kill off bigger teams interest.
Top 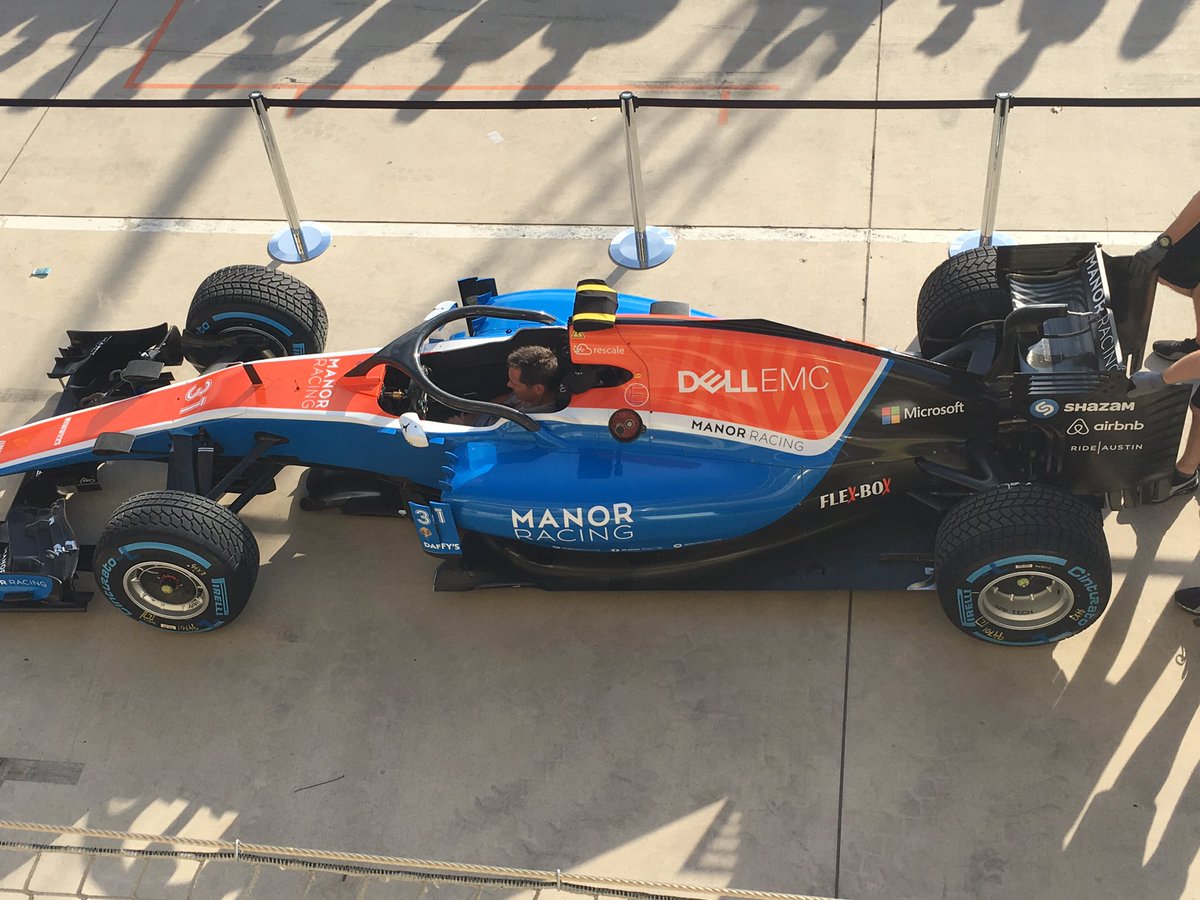 New sponsors for Manor! Hopefully not just for the US GP.
Top

https://twitter.com/tgruener/status/789191624223956997
Welcome to the exciting and wonderful world of automobile racing. Enjoy!
Top

New Chief of Advanced Projects. They are growing really fast, maybe looking to outscore Sauber again next year? Even Haas?

There is a note that says: “Gut signed by Manor”, which pretty much says it all. This makes sense in that he has money and the team needs it, but also because Manor is about to be sold to a Mexican-American fellow, who will be looking for sponsors on both sides of Donald Trump’s mythical wall. We all know him, actually, but until the deal is actually signed it seems that no-one wants to say the name Tavo Hellmund out loud.

So two US teams

Hope we get a US driver to beat the Mexican
Top