This forum contains threads to discuss teams themselves. Anything not technical about the cars, including restructuring, performances etc belongs here.
178 posts

still want to be recognisable as the same team for 2019 i guess by keeping the black and gold.
would have been interesting to see the gold fin in the colours of the red white and blue.

i like the black and gold livery though, it's a classic beauty. like it a lot more now that rich energy no longer is involved.

then again, i don't know the details about the split, but perhaps there's a deal made between storey and haas that rich will
pay out the money they owe them throughout the year instead of all at once which might prove difficult, and that in return
haas will stay black-gold like they were with the Rich partnership.

a red-grey-black haas kills any association there was with Haas. the livery itself reminds of the rich energy brand, so i wouldnt
be too surprised if there is such a deal present.

I dont mind Steiner but he's making a mistake with Grosjean staying on.
Top

I agree. Odd decision, perhaps there is something we don’t know. Does Grosjean bring a significant backing?

To be honest I am not convinced Hulk would have been an upgrade, especially given his relationship with KMag.

I guess Hass can not afford the risk of losing points by putting a rookie in the seat but IMO that would be a worthwhile gamble.
Top

A. Steiner is not making drivers decisions. Someone else is based on opinions of informed professionals and reality [guessing/opinion].
B. Replacing Grosjean (better of the two drivers and by far the best available) is the most absurd SKy media type based idea in the drivers silly season. Unsurprisingly parroted by uninformed audience. Close second is replacing Bottas with Ocon hogwash "aka Wehrlein is the only Mercedes candidate" 2.0.

. It's funny that no one from F1 expert crowd called Mercedes on their repeated BS

1. Hulkenberg is comparable to Grosjean, maybe slightly better. Quick on a good day, tends to crash on a bad day.
2. Taking Hulkenberg loses information/feedback Grosjean can give on the car.
3. Magnussen’ feedback sucks
4. No talents in F2 to chose from.
Top

I don't get it either.
Top

We wish
@HaasF1Team
the best of luck in negotiations selling the team to Saudi investors. An excellent team and great investment
Top

Gene really bailing so soon? Or Rich puffing their chest some more?
Top

Among other things, this implies that K-Mag is now on the hot seat as far as the drivers-hitting-each-other issue goes. Haas had the easy chance to decide it was Grosjean's fault and be gone with him, but they did not make that choice...
Top

I think I found Hass's problem..It's Guenther
Haas F1 team boss Guenther Steiner discussed the re-signing of Romain Grosjean in greater depth on Friday during the Singapore Grand Prix weekend and explained how the decision to retain the Frenchman came about.Steiner confirmed talks were held with Nico Hulkenberg, but they went with Grosjean to keep a stable basis after admitting their car, not the drivers, have been the team's problem in 2019.
"I just woke up one morning and decided to do it [sign Grosjean]," Steiner revealed. "Easy as that."
To achieve anything, you must be prepared to dabble on the boundary of disaster.”
Sir Stirling Moss
Top 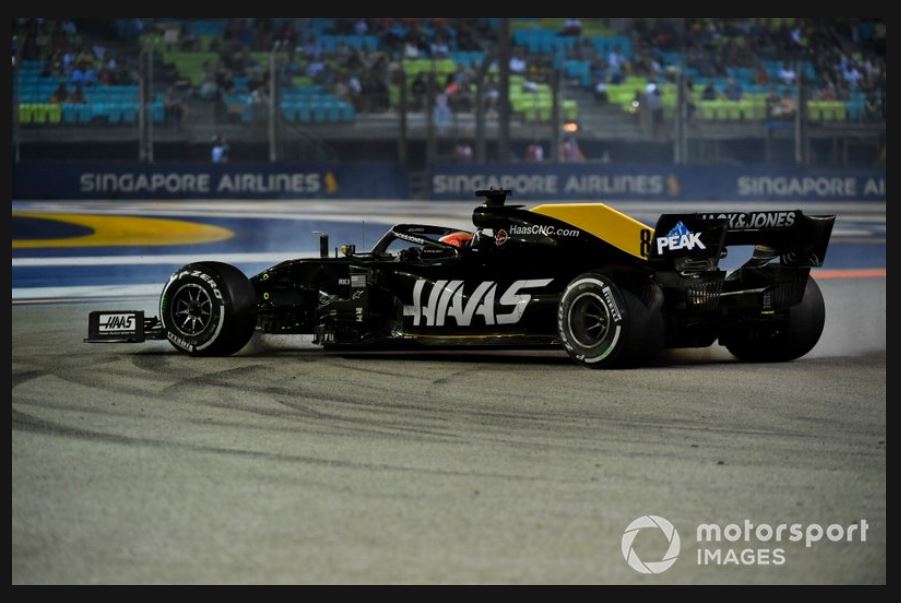 I feel the liveries in F1 have lacked inspiration and design flair, compared to the stylish HAAS CNC liveries in NASCAR. 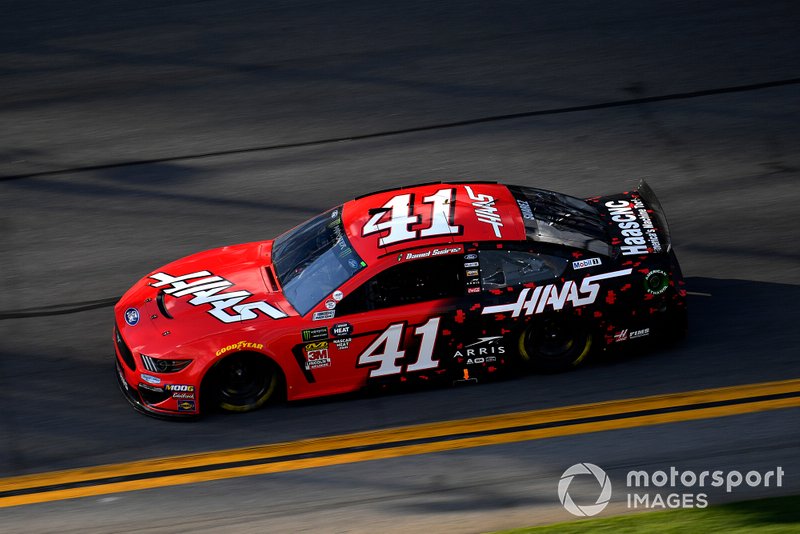 Of course Ferrari would object to a HAAS livery with excessive use of red, which is a pity.

Also the 2019 F1 car uses an outdated HAAS logo, even at the current 2019 Singapore Grand Prix: 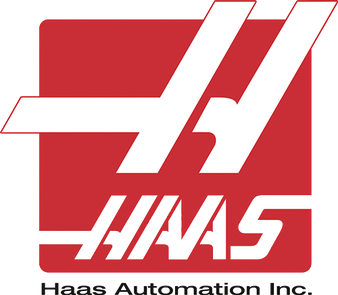 Whereas the 2019 stock car uses the current HAAS logo, note the lack of curvature in the H: 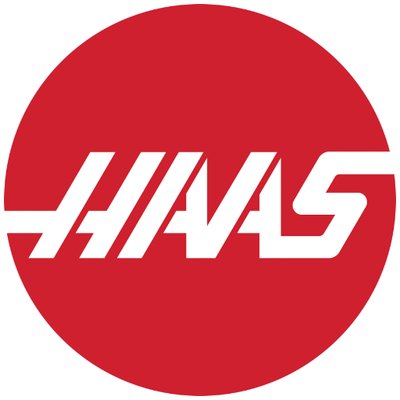 That is very odd!
Top

He didn't exactly have a good Singapore Sunday, either.
Top

He didn't exactly have a good Singapore Sunday, either.

So many situations with him. He looks like a magnet: attracts all the trouble to itself.

An american team with no american drivers. Why hasn't steiner given colton herta at least a test drive. He young, he obviously has talent. Why is it that F1 is so blind about indycar. If the talent is bad why did Red Bull scoop up Patricio O' Ward? Could Herta be any worse than Grosjean?
Top
178 posts