All that has to do with the power train, gearbox, clutch, fuels and lubricants, etc. Generally the mechanical side of Formula One.
3742 posts

PhillipM wrote: ↑
Sun Feb 03, 2019 11:11 pm
Heavy load is exactly where they take the highest angles - when the car is at low speeds in a low gear with the most wheel torque being delivered.

I thought the shafts were arranged to be (under conditions of weight transfer) horizontal ie as close to zero angles under full throttle first gear acceleration. Not to protect the joints (on FWD) but to minimise torque steer.
Full torque and steering angle - nah.
Top

Not generally possible on longer travel suspension/jacked up SUV's, especially when the joints doing the most angle are at the front in droop. You don't care about the rear joints that are straight during compression because their driveline angles are tiny compared anyway.

And yes, the most torque transmission will generally be seen at low speeds where the most steering angle is used, simply from virtue of being in the lowest gear, driveline shunt and usually manuveuring, parking, etc. Even in terms of race use the place you'd want something like this would be the front of WRC cars or similar where you would still be producing the most torque at low speeds where you have the highest steering angles.
Top


You mean "reduced blow by"?

Blow-by designed in, may be what he means. The piston doesn't need rings nor touch the cylinder wall. The volume beneath the cylinder can be used as a pump as a sort of forced induction. Blow-by would manifest as a sort of EGR, while being oil-free. The piston rod is what gets sealed from the crankcase, and also acts as the piston guide.

This is all incorrect. There used to be PUP (Piston Underside Pumping) in some engines to use the underside of the piston to provide some pressure but I've never seen in use, only description in text.

Blow by will ruin the cylinder, there is 3 compression rings and one oil control ring.

The piston touches the wall, look at the bands on the piston skirt below the rings, they are made of bronze and allow the rings not to get overloaded by friction.

Piston rod is sealed by the stuffing box, it is a series of brass and cast iron scraper rings that are spring loaded against the piston rod. They cannot support any weight. The crosshead and bands on the piston skirt locate the piston.


PlatinumZealot wrote: ↑
Thu Jul 19, 2018 12:03 am
The speed is just above 103 rpm to 125 rpm at full load for the slow speed engines ( power generation - I am not familiar with their use on ships, but ships require variable operating loads and speeds). You can hear each explosion when you stand beside the cylinders.

The bigger the ship, normally the propeller becomes larger, tip speed starts to cause cavitation that damages the blade so the speed of the shaft is lowered.

94 rpm is the lowest I have seen on 1000ft containership with a 77KHP engine.

There is of course ships above and below this, but of the 20 or so ships I have been an engineer on, that is the trend I have seen.

If the engine is used for power generation the speed is determined by the grid frequency once you are on load and it must hold that rpm at close to full load. Much much more demanding than marine applications.
Not driving a Mercedes? Work harder!
Top

Tommy Cookers wrote: ↑
Sun Feb 03, 2019 12:16 pm
recently a stroked version of a slow-speed marine engine was announced as able to run continuously at 7 rpm for 10% power
in 1911 the first Diesel loco had direct drive (2 stroke V4 engine run at high load as a compressed air engine up to 7 mph)
it worked tolerably well - well enough to break its transmission
others were similar in design philosophy (eg even using steam for starting at full load)

surely it's now possible to make a piston ICE that will directly drive an F1 car (or a road car) ?
the technology exists (controlling combustion rate and charge) for the ICE to pull maximally (ie hill starts) from 0 rpm
(ok it might always be better to involve the electric motor with the ICE in road vehicles)

At my job the giant slow speed diesel does 103 rpm at close to full speed.. but when its starting up it does so at about 20 rpm. It was not designed to be efficient at that speed though for various reasons.
The rpm seems to be a function of the size of the engine (the stroke), the combustion propogation, the mass of the moving parts, the fluid dynamics of the lubrication and other things. Generally I think you would want the lowest rpm you can get away with because it is less wear on the parts - while still being the right Rpm for a generator (the number of poles it has) and meeting the propulsion speed/ electric frequency you want. It seems everything seems to be designed around getting the lowest rpm you can get away with.
Not driving a Mercedes? Work harder!
Top

"Why the larger operating angles are preferable / significant / important?"

it replies the following quote from the officially published (2007) TECHNICAL REVIEW No.75 of NTN (one of the largest, worldwide, maker and supplier of car CVJ's and car transmission parts):

"Fixed Constant Velocity Joint with Super High Operating Angle of 54 Degrees
. . .
This maximum operating angle (54 degrees) for automotive driveshaft is currently the highest in the automotive industry.
The increase of 4 degrees in operating angle means that the minimum turning radius of an average medium-sized FF car can be decreased by approximately 70cm (13%) or the wheelbase of such class of a car can be enlarged by approximately 40cm (15%) while maintaining a minimum turning radius.
In other words, a medium-sized can feature a turning radius of a compact car or the passenger space of a larger car allowing designers more flexibility in consideration of layout and design"

Where the limitation of the maximum operating angle of the ball CVJ's comes from?

For instance:
With "arc-shaped" tracks, for a bending angle of 54 degrees each track on the outer race member needs to extend angularly for at least 54/2=27 degrees at each side of the bisecting plane of the angle formed by the rotation axes of the two shafts. At the maximum operating angle between the shafts (54 degrees), the one end of the track on the outer race covers 27+54=81 degrees, leaving the rest 9 degrees for the second shaft to pass, which means a total of 2*9=18 degrees "free" space for the second shaft to pass, which degreases substantially the diameter (and the strength) of the joint. With a, say, 70mm diameter of the arcshaped grooves, 18 degrees correspond to maximum possible second shaft diameter of 11mm (70mm*sin(18/2)=10.95mm).

This explains the need for unconventionally shaped tracks (arc+linear or arc+taper) in order to achieve larger operating angles (50 degrees in the first case, and the world top 54 degrees in the second case).

According the previous quote and calculations, the state-of-the-art automotive CVJ is impossible (geometrically) to operate with an angle of 60 degrees between its shafts.

The PatBalDan CVJ (or universal joints) is capable, among others, for substantially higher bending angles, even for over 80 degrees (which is 50% larger than the current world maximum). And this can be done with any kind of tracks and/or offset (curved, curved+linear, curved+taper, axial offset, angular offset, cage offset etc).

According the "rule of thump" mentioned in the previous quote, with each 4 degrees larger operating angle, the turning radius reduces by 0.7m or the wheelbase increases by 0.4m.

Applying the above "rule of thump" on a medium size car equipped with the "Super High Operating Angle of 54 Degrees" CVJ's", the replacement of the CVJ's by CVJ's made according the present invention and having, say, 74 degrees operating angle (74=54+5*4) will reduce the turning radius by 5*0.7m=3.5m or thewheelbase will increase by 5*0.4m=2m.

A long-big car propelling its front wheels through PatBalDan CVJ's has, among others, smaller turning radius than a substantially smaller car, can U-turn in narrower roads, can follow narrower/steeper paths and can be parked substantially easier.

And here is a photo of five functional 3D-printed PatBalDan prototypes: No, that's the state of the art for *production* joints that are usable - I have joints on my car that go beyond 60 degrees, they are common in off road racing. They are also noisy and wear like hell and have to be oversized to cope with the stress.
One of your designs at the same operating stress would be absolutely huge.
Top

PhillipM wrote: ↑
Fri Feb 15, 2019 1:09 am
No, that's the state of the art for *production* joints that are usable - I have joints on my car that go beyond 60 degrees, they are common in off road racing. They are also noisy and wear like hell and have to be oversized to cope with the stress.

Thank you PhillipM
Any drawings or photos of the joints you have on your car?

PhillipM wrote: ↑
Fri Feb 15, 2019 1:09 am
One of your designs at the same operating stress would be absolutely huge.

As NTN claims for their TUJ cvj (that with the "Super High Operating Angle of 54 degrees"):

1. Maximum operating angle: 54 degrees
2. Functions (strength and durability): equivalent to those of conventional fixed CVJs.
3. Transmission of torque is possible even at an operating angle of 54 degrees. Which is/are the weak point(s) you see in the PatBalDan design?

As I see it,
the absence of oscillations, i.e. of dynamic / impact loads (because the PatBalDan is a 100%"constant velocity" joint, i.e. it maintains the 1:1 transmission ratio at all angles),
the fewer but larger balls that can undergo heavier loads than the smaller balls of the conventional mass-production CVJs,
and the "line contact" versus the "point contact" of the conventional balls with their cage,
talk for better reliability, less wear, less noise.

What lubricant are you using?
Top

Millers Hi-Mol, about the best we've found so far.
Top

Where in the world are you?
Top

The following drawing shows the one shaft of a PatBalDan side-by-side with the NTN-TUJ: For the same external dimensions, the balls of the PatBalDan are substantially larger.


Here is the “cage” (“cage” in the meaning that it keeps permanently the ball centers on a plane passing through the center of the joint) of the above “angular offset” PatBalDan: The fewer but larger balls, the constant distance of the ball centers from the joint center and the “linear contact” talk for increased torque capacity and lower noise.

Today it is published the US10,221,925 patent for the PatTra CVT (Continuously Variable Transmission): The complete patent document is at http://www.pattakon.com/PatTra/US_10221925_PatTra.pdf

Congrats Manolis - there's some clever thinking in there.
Top 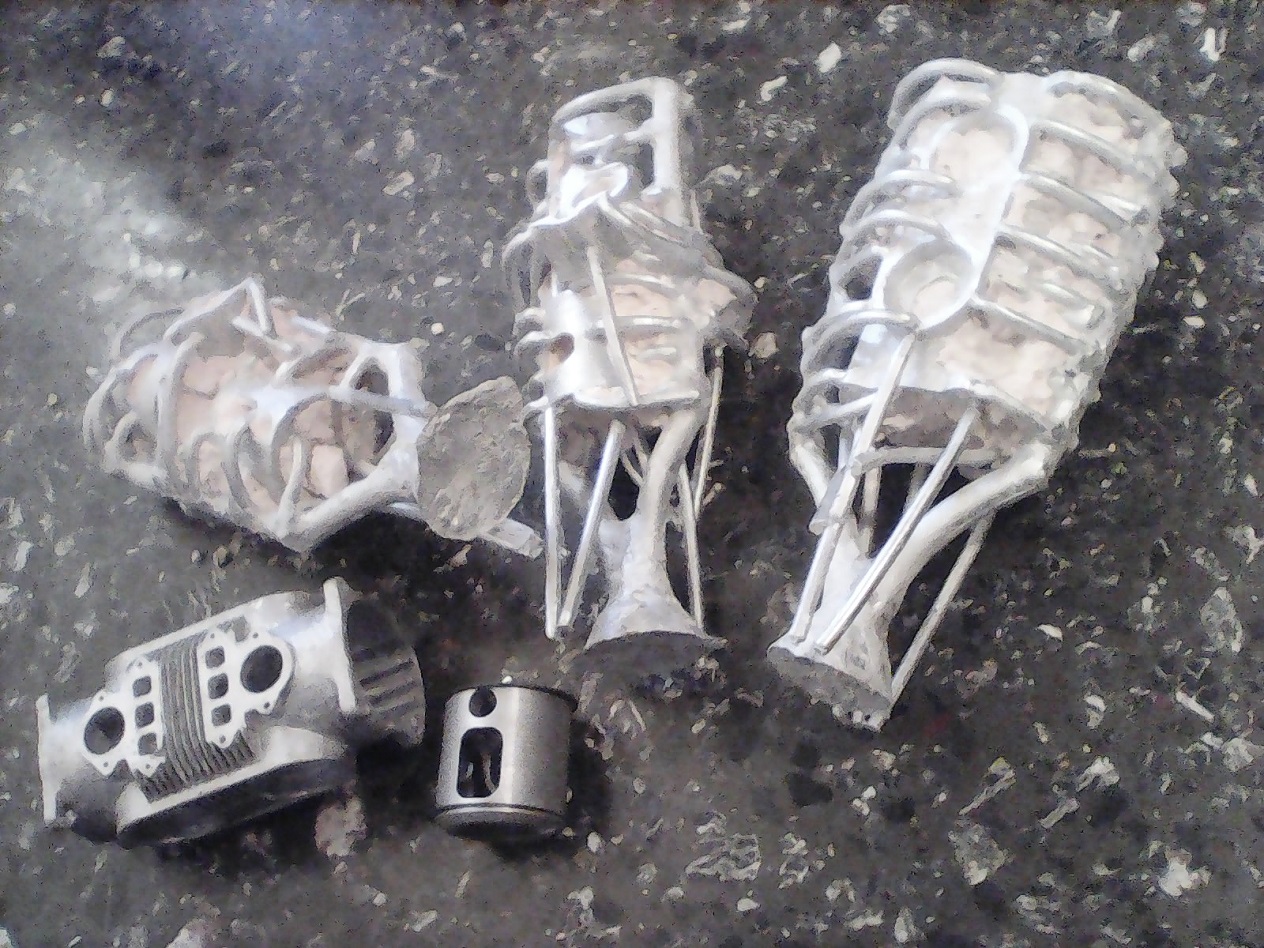 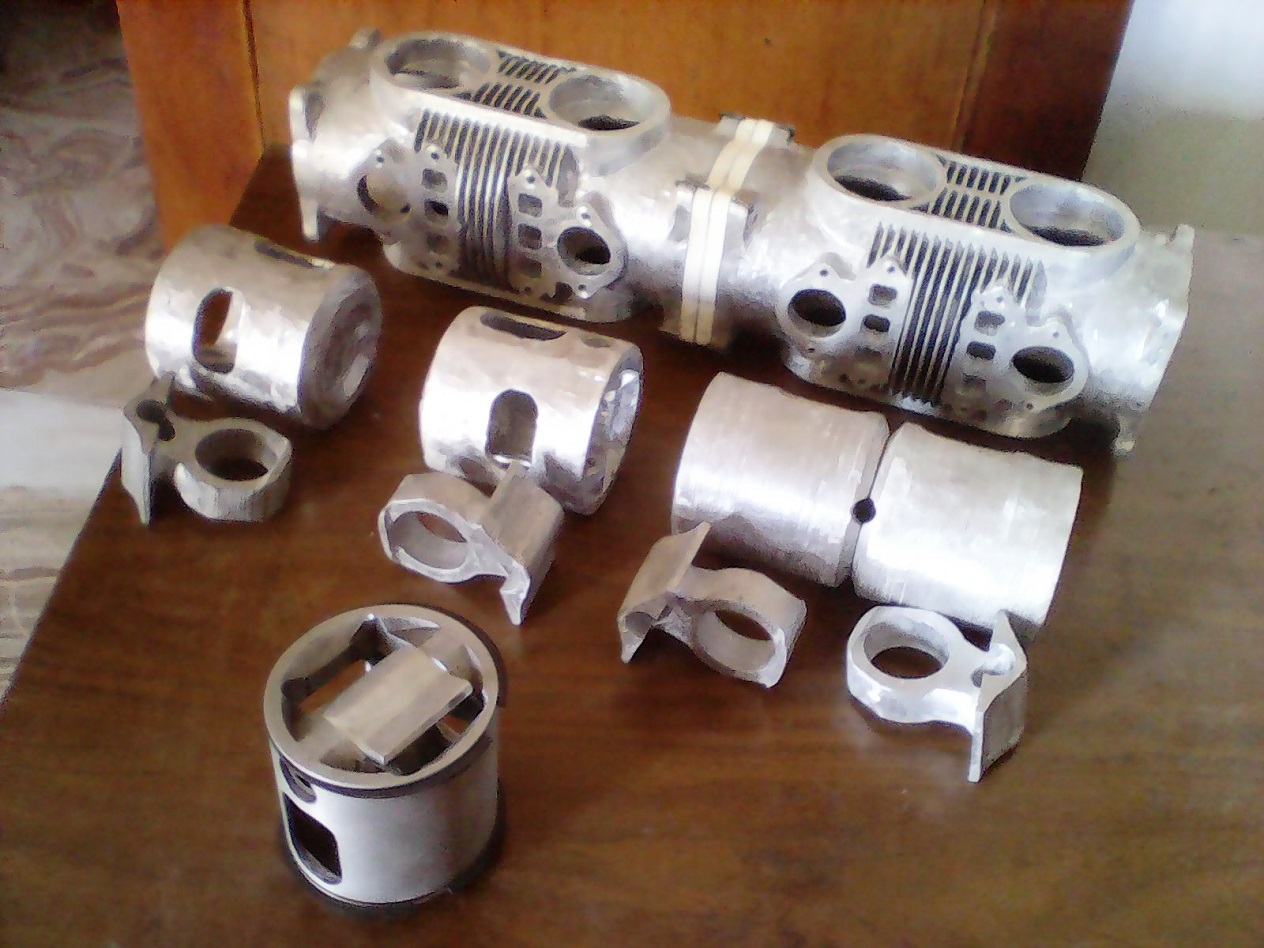 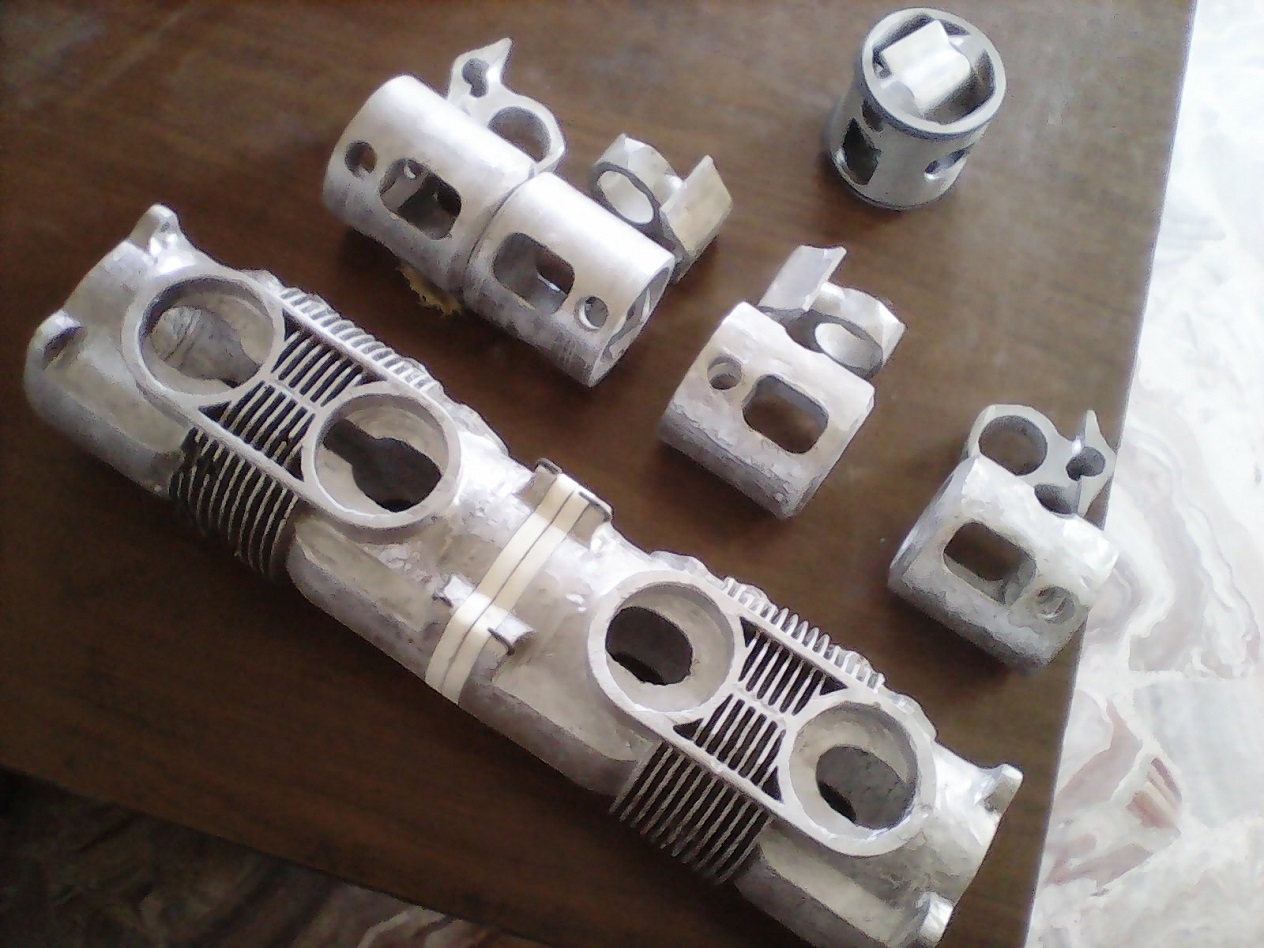 Hopefully they will withstand the loads.