godlameroso wrote: ↑
Thu Oct 22, 2020 4:40 pm
If you have fuel to spare because your combustion process has rendered the fuel limit irrelevant(could easily do the average race with 90kg of fuel), you may as well try to squeeze all the water out of that stone(20kg of fuel to play with and acting as extra weight in the car). Probably even easier to do now because of the "one mode to rule them all" rule.

Even if you're using 105kg that's still 5kg of fuel to play with.

I can't remember the last time I heard a team tell the driver you're low on fuel, or you need to think about saving fuel. Do you?

"Results show that the momentum difference per unit area between the turbine inlet and outlet plays an important role in the power extraction, while the pressure peak of the detonation has little effect. The equivalence ratio of fuel and air mixture and the transition structure between PDC and turbine are also important to the power extraction of the turbine. The present work is promising as it suggests that the performance benefit of a PDC–turbine hybrid engine can be realized by increasing the momentum difference per unit area through the optimal design of transition section between the PDC and turbine."

In other words the kinetic force of the pressure wave increases turbine speed, but not the pressure peak. Not a problem in a mixed flow turbine.

Note... you are talking about delayed ignition of the gas from a highly compressed state, causing a pressure peak.
Releasing fuel on it's own without this compression, is just deflagration. So you have to be clear if you "popping" the gas to the turbo like anti-lag with delayed ignition.. or just flat out spraying fuel in the manifold.

OK so lets say you do achieve your high peak pressure waves and the turbine seems to be fine (for now) there is one thing you have to consider now. Your MUGH has to react fast enough to utilize this sudden pulse. The examples posted are not MUGH turbos, just compressor wheel stuff under relatively light load - nicely cushioned.

I still think that extra fuel is still better used for combustion no matter how you wanna dice it. Excess fuel? Burn it away in the engine. You will get at least 500% more energy out of it that way, than burning it in the turbine to convert mechanical to Electrical energy to chemical energy and back again. Again we have clear visual evidence that this is not being done. No smoke or flames coming out these cars.

I don't mind being wrong. Just haven't' convinced me yet. it's not like the fuel is gonna go away in the tank. it is there being stored until you need it. Just like a battery. So why burn it to send it to another storage? I don't get it.
Last edited by PlatinumZealot on Thu Oct 22, 2020 10:24 pm, edited 1 time in total.
Not driving a Mercedes? Work harder!
Top

One scroll for up to 3 even-firing cylinders avoids any blowdown pulse interfering with the exhaust stroke of another cylinder.

Yes, three scrolls per inlet. Uninterrupted pluses.
It could have some benefits.... 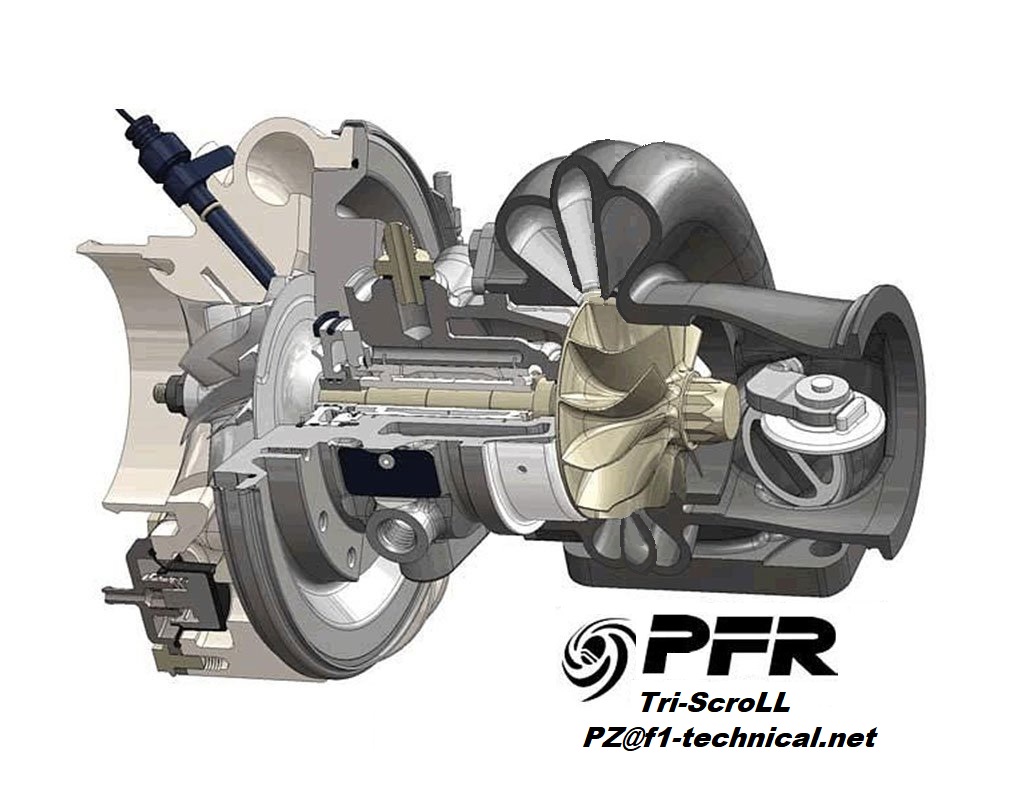