A place to discuss the characteristics of the cars in Formula One, both current as well as historical. Laptimes, driver worshipping and team chatter does not belong here.
684 posts

Every race ends when the chequered flag is out!
Top

Yes and again, lots of heat tape on it.
Top

Francesc wrote:Does anyone know where are the front brake ducts of this car??

If you look closely at the left wheel on upper pic, you can see duct leading below the front wing. If I can see correctly, the front wing is shaped to pick up air in front of the wheel and than if I'm guessing right, guide it towards duct that reaches below/behind wing. eerr no, that the rear arm of the upper suspension wishbone in front of the beam wing. Its also got tape on it and its similar carbon layup hence it looks like its part of the wing
Top

roadie wrote:By the way, how do you browse the high res images on the F1 site?

You can find more than twice larger pics on private blogs and sites.

My advice would therefore be to forget F1 gallery, bookmark this url below, and than just change the williams+fw34 (+ in url eguals space between characters in search williams fw34) to whatever and whenever you're trying to find biggest images on the web, without going to any site. It is set to show you size as well, so it is much quicker to find and access.

When it matters galleries with biggest pics, this one has them with more than 5000 pixels wide
http://www.formule1.nl/media-library/images/overview/
Last edited by manchild on Tue Feb 07, 2012 3:15 pm, edited 2 times in total.
http://www.youtube.com/embed/nJAfQhXjOxk
Top

Very bland car,nothing stands out. I would say last year's was better. Without engine mapping they lost atleast 1 full second & without that they probably would have made Q3 quite a few times.

Mr.S wrote:Very bland car,nothing stands out. I would say last year's was better. Without engine mapping they lost atleast 1 full second & without that they probably would have made Q3 quite a few times.

LOL, "nothing stands out". That is completely opposite of what anyone impartial has said by now. Which one stands out than according to you? There must be at least one car you've compared it to in order to define it as "bland". Which team doesn't have pay drivers? Name me just one driver in any who never had personal backing by at least one big national/international company or government. 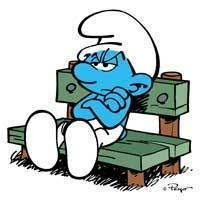 Dont be fooled by the dark colored sidepods on their rear. These sidepods are still one of the fattest on the grid.

Thanks for this photo, I was looking for it. Rear top wishbones seem to placed on the very front of the beam. nice and elegant idea IMO. Or maybe the angle is playing tricks with my eyes.
Last edited by Blackout on Tue Feb 07, 2012 3:21 pm, edited 2 times in total.
Top

So.. this car is genius

but this is not? C'mon, Williams sidepod are at least at tight as RBR ones, they have the lower gearbox ever, the smoothest end, they build an all new kind of brake duct. And FW34 is a bland car?


BTW Maldonado is a pretty fast driver, he just miss a brain.
Top

I don't think the williams sidepods are anywhere close to the RB, they're better than last year but not as tight as I'd be hoping for to get the most out of their gearbox

roadie wrote:We can only hope it has been further refined from last year's!

The more shots I see of the car, the more I like it. Although it is similar in concept to the FW33, I am hoping the many, many refinements that have been made are effective.

Source of the image, along with some others:
http://www.racecar-engineering.com/news ... with-fw34/


Can anyone see the hot air outlet? I think there is a small exit right at the lower rear wishbone. Other than that, the bodywork simply closes after the PDVSA logo. Do they have another very low exit somewhere?
pax
Top

Financing from Hugo Chavez, razorblades and shampoo, anyone for a wager this team won't see the end of the season?
"I spent most of my money on wine and women...I wasted the rest"
Top

The gearbox is also low this year. But the angle of the driveshafts seems slightly less extreme???
Top

xpensive wrote:Financing from Hugo Chavez, razorblades and shampoo, anyone for a wager this team won't see the end of the season?

I don't think good of Chavez, but I also don't think that he is worse than Obama, Putin or any other ruler whose countries and national companies are involved in F1. Even more, I don't get why razorblades and shampoo are less F1 related than energy drink which dominated F1 previous two seasons.

I say they will be in top 3 at least, hopefully fighting for the championship. If what they have put together really works as intended, they will dominate.
Last edited by manchild on Tue Feb 07, 2012 4:09 pm, edited 1 time in total.
http://www.youtube.com/embed/nJAfQhXjOxk
Top
684 posts