All that has to do with the power train, gearbox, clutch, fuels and lubricants, etc. Generally the mechanical side of Formula One.
2847 posts

( I noticed that that Boeing 1 man helicopter contest has announced the winner. Bit like a flying motorcycle. )
Top

You write:
"I noticed that that Boeing 1 man helicopter contest has announced the winner. Bit like a flying motorcycle."


It is not the final winner.
The final "Fly-Off" was initially scheduled for the September 2019, now it is postponed for the February of 2020. And, by then, who knows.

The existing battery technology cannot yet meet the initial rules of the BOEING-GoFly competition:

They already changed their own rules, which is not only unfair, it is illegal, too.

BOEING should be ashamed for it, as well as for the lack of transparency of their contest

By the way, the 20 miles is already a very short distance for a useful Flying Machine. 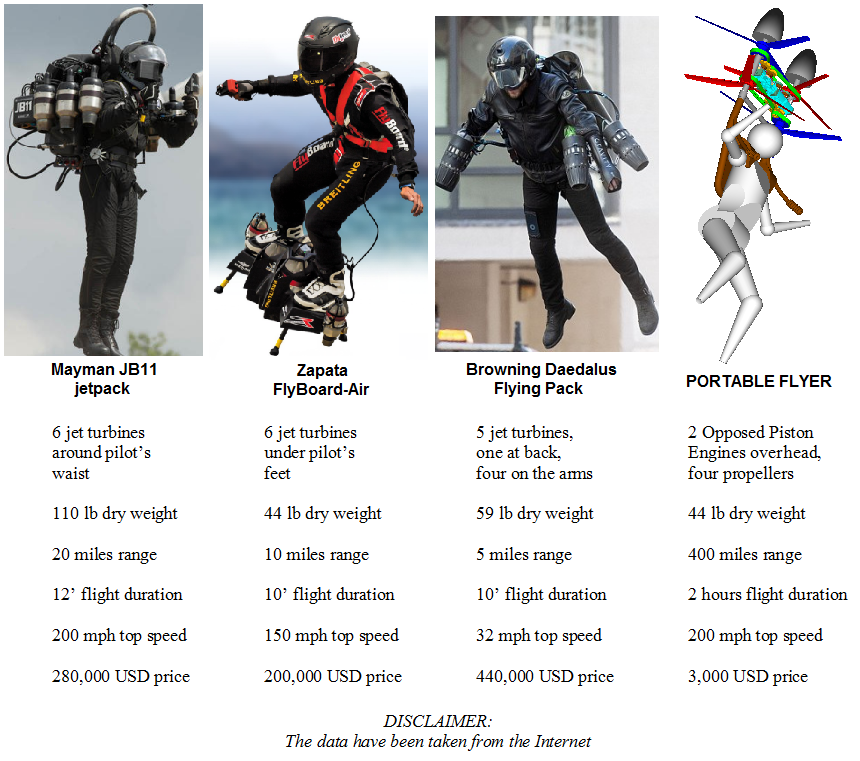 In any case, only the future will prove who is right and who is wrong.

Well done Manolis for getting your engine realized in metal form.

If I might suggest, there is a fellow two-stroke ethusiast (in the EU) who might be interested in helping.
See the 2-stroke developments thread in the 'bucket racing' section of the Kiwi-biker forum.

& while on that subject, well done too, to fellow forum member here, 'Uniflow', who, by posting the
developments he's made - in this thread as well, has been able to show that KTM's claims of 'invention'
in their patent application for their 2T TPI system - were unsustainable, & duly disallowed, on this basis.
Dr Moreau sez..
"Who breaks the law... goes back to the House of Pain!"
Top

See the 2-stroke developments thread in the 'bucket racing' section of the Kiwi-biker forum.


Link????
(Tried to find it but couldn't and search facility denied without registration).
Top

Your 'google fu' seems to be a bit weak, Pinger. Try this, if interested.

Its a massive data-base for 2T stuff.
Dr Moreau sez..
"Who breaks the law... goes back to the House of Pain!"
Top

The first post of the castings I did not appreciate that they were lost wax castings. I had expected you to cnc them out of billet aluminium - thinking that would be quicker for the pre production engines.
Now I appreciate what you have done. Made a master for the lost wax models so you can now economically & comparatively easily turn out more to order.
I have been really fascinated by this project.
Top

You write:
"Made a master for the lost wax models so you can now economically & comparatively easily turn out more to order.
I have been really fascinated by this project."


The "master" is actually an STL (stereolithography) file (or a CAD drawing).

With a 3D-printer the STL file is "changed" to a plastic pattern (it takes a few hours, the cost is not significant).

The two OPRE Tilting engines standing on the chair (video, last post of mine) were made using such plastic patterns (from PLA), like that at the back of the two engines.
The pattern is surrounded by plaster.
The plaster is dried and then it is heated at ~400 degrees Celcious for a few hours.
The plastic pattern is burned leaving an empty space / "negative pattern" in the plaster, which is filled with melted aluminum alloy.


By the way, here

is the "Lost Foam" casting process used for the manufacturing of aluminum engine blocks of GM. 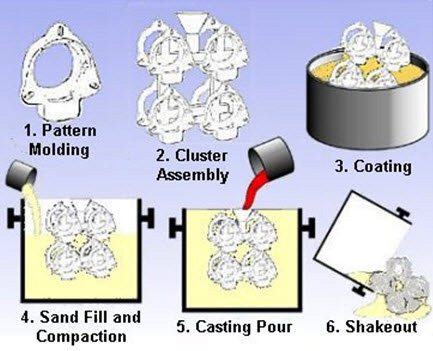 The method / casting is a variation of the ancient "lost wax casting" wherein while the (wax) pattern is lost, the wax can be recycled and used for making the next patterns.
In the "Lost Foam casting" the pattern (and the material (i.e. the foam) the pattern is made of) is totally lost (burned).

Here are the youtube videos of the above cast OPRE Tilting engines running on gasoline fuel:


The aluminum pulley is quite lightweight and is for the manual cranking; i.e. there is no flywheel other than the synchronizing gearwheels and the balance webs (all secured on the crankshafts).

Lovely to see it running. Has a sound all of its own. Congratulations.
You say synchronizing gearwheels but I thought I saw a chain connection also. Am I correct? If so what is it for?
Top

You write:
“but I thought I saw a chain connection also. Am I correct?”


There is no chain. 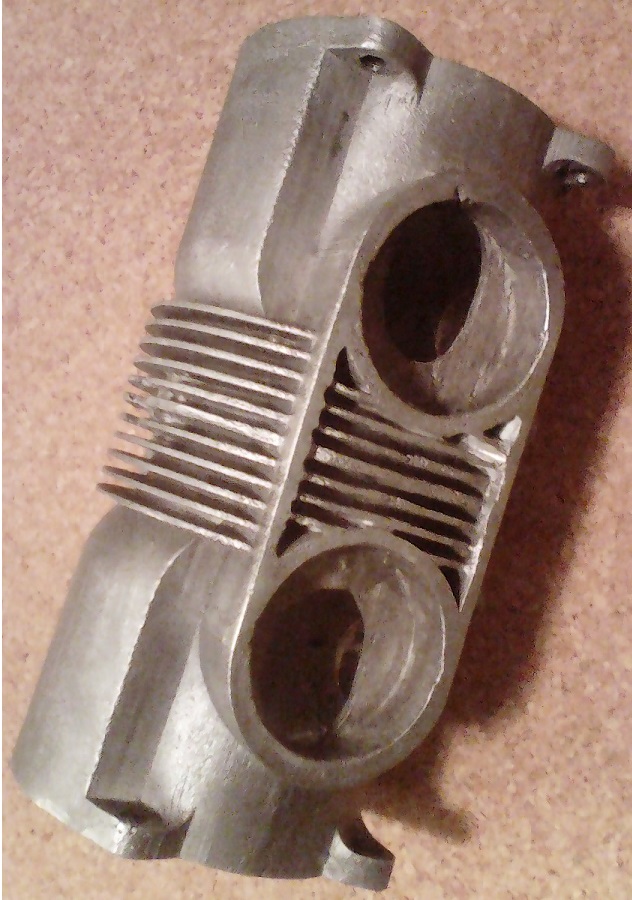 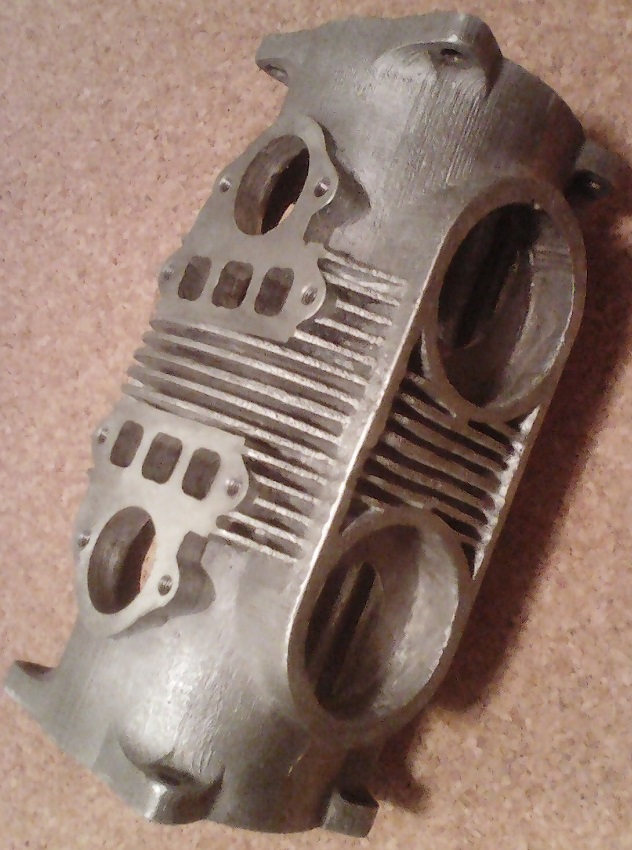 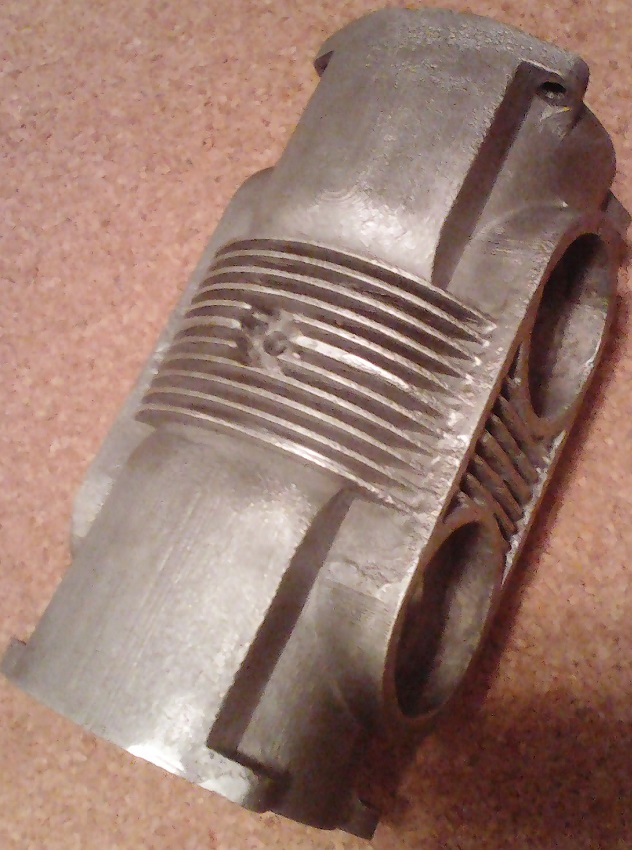 can be confused with a chain:

The "tuning" depends more on the intake and transfer, than on the exhaust.

With the exhaust ports already opened, the transfer ports open and the scavenging begins.
The transfer ports open earlier than in a conventional 2-stroke. The pressure into the "scavenge pump" (sealed by the "back-side" of the piston whereon the tilting valve is still closed) allows such timing.

Later the tilting valve opens and the scavenging continues based on the inertia of the gas column formed along:
the open tilting-valve-port on the piston,
the space into the scavenge pump,
the transfer passageways,
the transfer ports,
the combustion chamber,
the exhaust ports,
and the exhaust.

Fresh charge from the "crankcase" (i.e. from the space inside the piston) feeds this "inertia" column, while the crankcase is fed from the intake, through the intake port, with fresh charge (air-fuel-oil mixture).

After the TDC the tilting valve closes and the air-fuel-oil-mixture trapped inside the "scavenge pump" is compressed waiting the transfer ports to open again by the piston.
And so on.

Sounds great, just like a Detroit Diesel V, (but much less smoky).

You'd know that the avtur-guzzling gas turbine-powered 'flying disc' could not cross the English Channel
without stopping mid-stream to refuel, so there's a record for you to set, with your 2T 'personal flyer'.
Dr Moreau sez..
"Who breaks the law... goes back to the House of Pain!"
Top

Zapata made a strategic mistake.
For some reason he had to try to do something his FlyBoard-Air is not capable to really do.

I suppose that some "smart" military of the French Army asked Zapata (Zapata's company is sponsored by the French Army with 1.3 million euros, so far) to do it.
And Zapata had to obey.
And the only way was the refuelling.

He started from France carrying 50 litters (37Kg) of fuel on his back; this fuel was burned into ten minutes.
And then he refuelled at the middle of the channel with another 50 litters of kerosene fuel to pass the other half of the channel.
Not a true crossing, however everybody on the earth saw a French inventor taking off from France, "crossing the channel" and landing on the UK.

100 litters of fuel were burned in order a single person to travel a distance of 35Km (22 miles)!... And this with a refuelling at the middle of the channel.

In his first try, Zapata fell into the sea during the refuelling, which is the most risky part of the trip.
Imagine Zapata covering a decent distance, say 300Km.
He would need to refuel 15 times (and consume about 1,000 litters of fuel).
Worse even, he would need to risk 15 landings for the required refuellings (provided the fuel stations are arranged on the right "super" positions).

With the Portable Flyer we dream to pass from Crete to Athens (some 300Km distance) without refuelling.
According the calculations, it is possible.

It is the crossing of the Aegean sea the ancient Greeks dreamed of (Daedalus and his son Icarus).

A few pistons and rods going for the heat treatment: 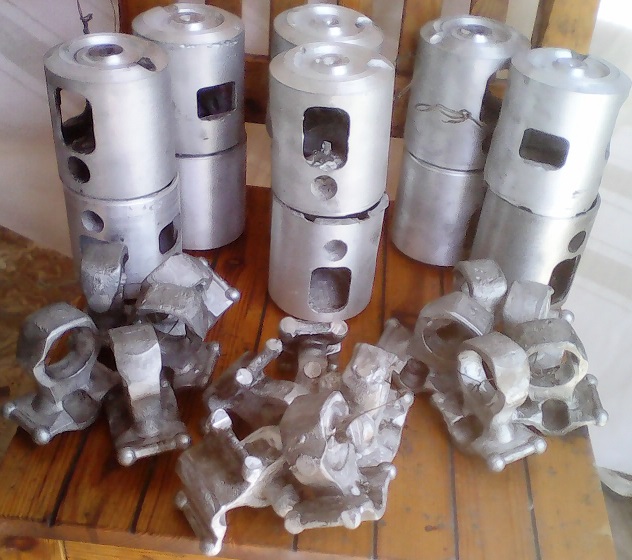 and here the one prototype (without the aluminum pulley) revving low and high: