A place to discuss the characteristics of the cars in Formula One, both current as well as historical. Laptimes, driver worshipping and team chatter does not belong here.
148 posts

I think it's a bit more reminiscent of the design Honda sometimes used on RA108...

My guess is that it reduces drag while minimizing the negative impact a weaker rear wing can have on underbody efficiency.

Because the wing is aerodynamically coupled to the diffuser, whatever you do to one has an effect on the other. Moreover, all changes have upstream consequences, i.e. the diffuser and rear wing affect both the leading edge of the floor and the front wing.

Simply lowering the wing's AoA reduces downforce/drag across the board.

A Mercedes-style "spoon" wing featuring a lower AoA at each tip reduces drag by way of reduced downforce and minimized tip vortices, while the higher AoA of the wing's center section maintains a stronger connection to the diffuser's center section, an area where the crash structure probably makes the connection more challenging under any circumstances.

The Haas design seems like it will reduce drag across the board while maintaining a more consistent connection along the entire width of the diffuser. If so, it likely won't reduce drag as much as other solutions, but the rest of the car won't lose as much downforce.
Top

Care to explain why something designed stateside would mean a boatload of problems?
Top

sprint car76 wrote:Care to explain why something designed stateside would mean a boatload of problems?

I'd say a consideration in design of the wing would have been simplicity. In this way Haas didn't need to design new endplates and by maintaining the center shape the effect the exhaust has would remain largely the same.
"Bite my shiny metal ass" - Bender
Top 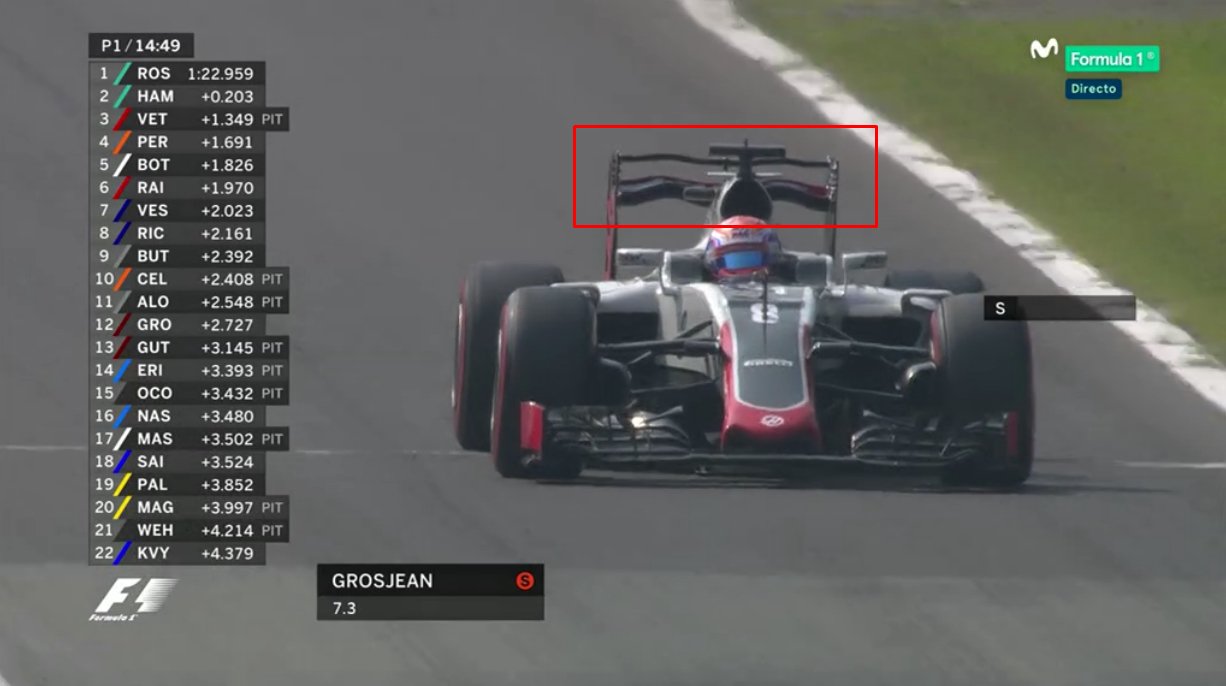 Although surprising from a new team like HAAS, designs like these were bound to happen with the current stable and restricted ruleset. In a nutshell designers are getting bored and are looking for ambitious and extreme wings which are very complicated to work out with DRS. Mercedes started this trend back in 2014.

It might work depending on much they get to use DRS.
#AeroFrodo
Top

sprint car76 wrote:Care to explain why something designed stateside would mean a boatload of problems?

The Haas F1 Team drew a lot of attention with its new double-waved, M-like rear wing, a completely unique shape for a modern rear wing in Formula One. It's rare these days to see a rear wing that has a different shape along its entire span, and hardly a surprise that Mercedes have, or at least had the most varying profile with its spoon rear wing, as the ones used at Monza and Spa-Francorchamps. Apart from the need to test it under yaw, such designs are furthermore made difficult by DRS, as the DRS trigger and flap usually needs appropriate redesign as well.

Still, Haas pulled it off, with an M-shaped profile of the main plane and the leading edge of the moveable flap. The team did not use the wing at Spa, but it could possibly been seen again at other venues this year, as it still offered more downforce than some other wings seen at Monza.

In the top speed charts, both Haas cars were, in qualifying, around 5km/h down at the speed trap at Variante della Roggia on the factory Ferrari cars, who raced the same, upgraded Ferrari engines. That's pretty much at the bottom of the ranking. The team's drivers however were happy with their car's balance - thanks also to a modified front wing -, and eventually only missed out on points due to other factors than pure pace.

While the rear wing does look refreshing, and very different to what other teams are using, the idea is still not entirely new. Renault for instance - with James Allison as its Technical Director - fitted an M-profile rear wing to its {Renault R30} as well. While clearly more simple in shape and without a moveable upper flap, the team ran this rear wing in the early races on 2010. Once they finished their own version of McLaren's F-duct - a much more efficient way of cutting drag - the team reverted to a conventional horizontal profile. Interesting one; not sure I've ever seen one exactly like that before. Maybe this is the closest:

They used the same comparison as me 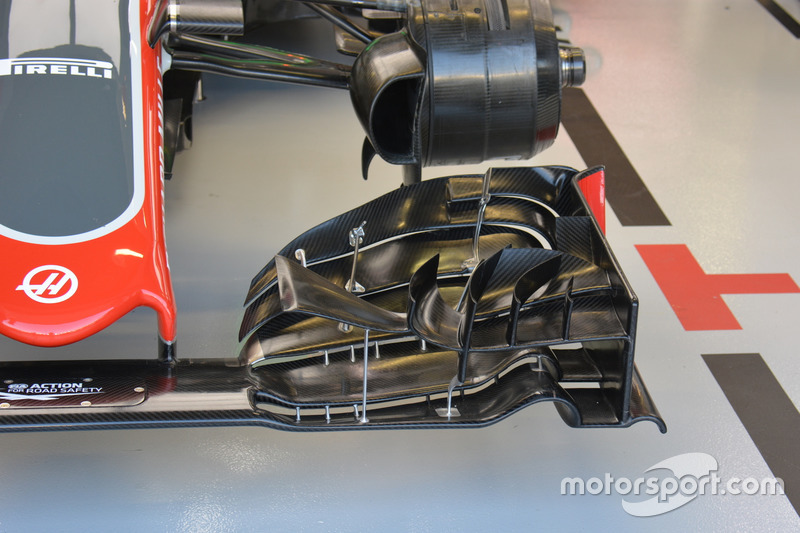 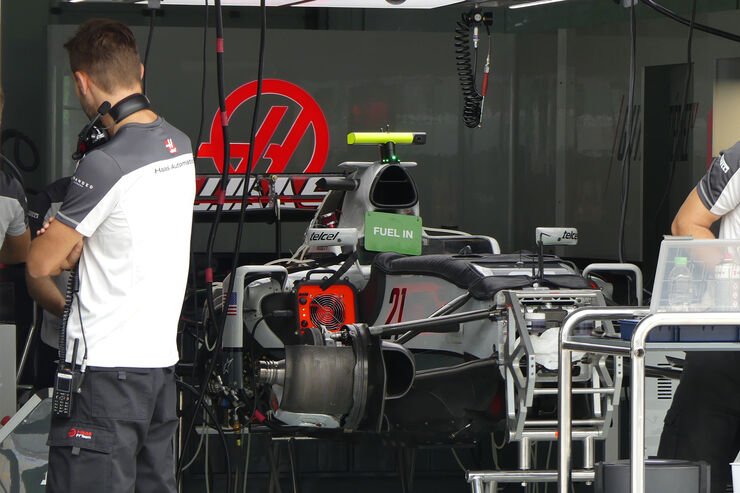 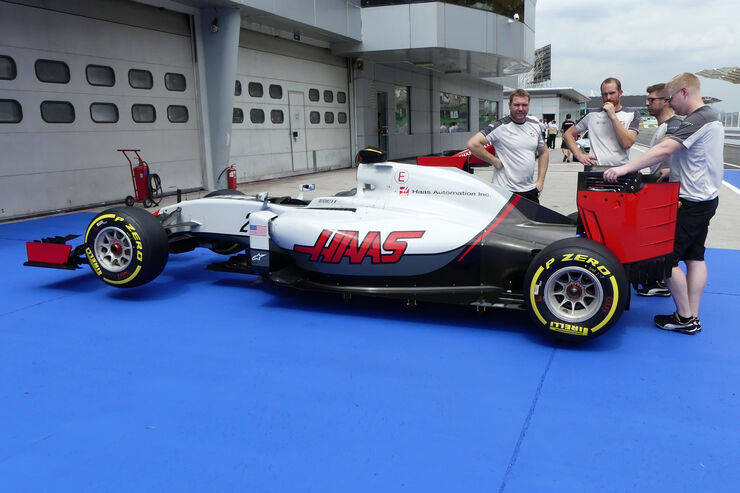 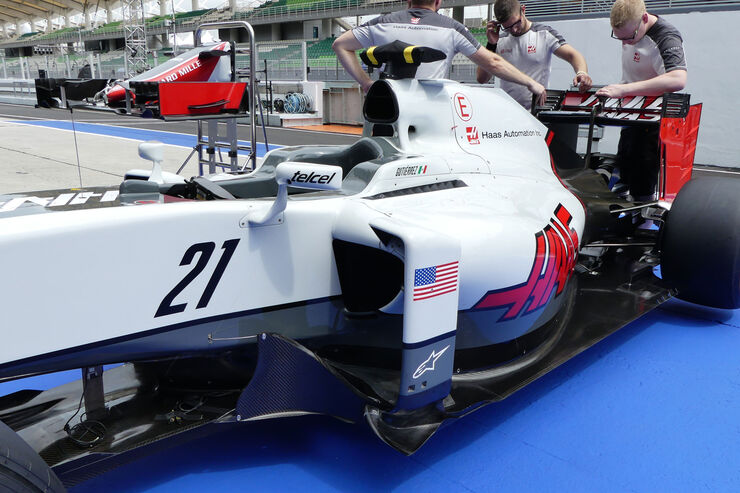 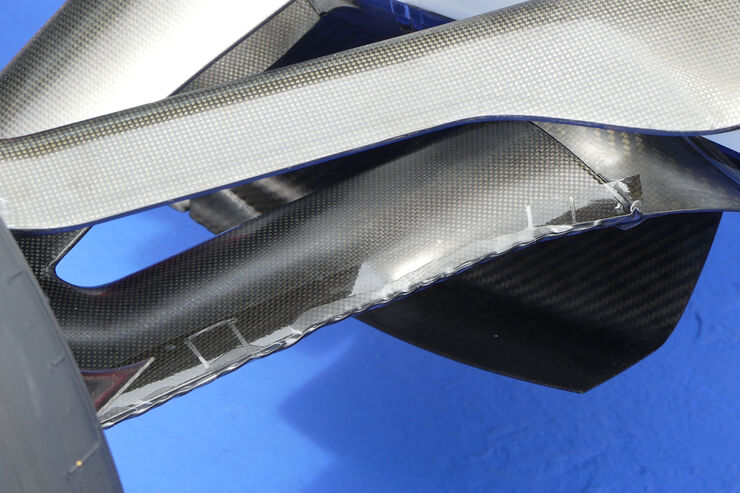 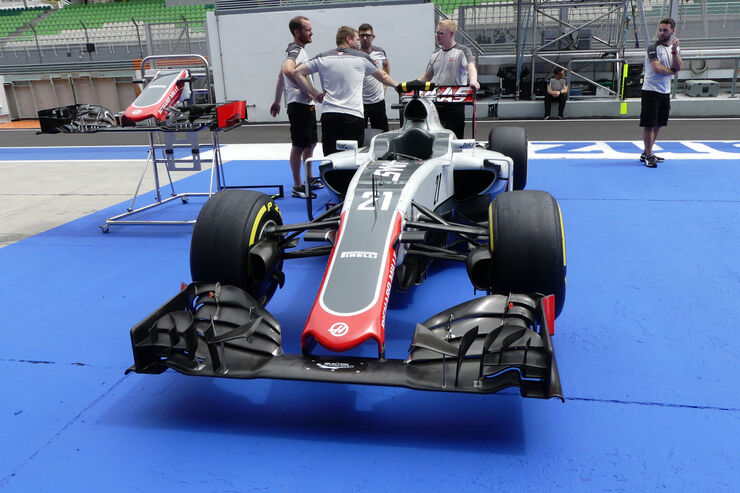 Anybody got pictures of what they strengthened on the frt wing to make it work?
Top
148 posts