Ahead of the Hungarian Grand Prix in Budapest the FIA' s F1 Director, Charlie Whiting & Safety Director, Laurent Mekies detailed the extensive R&D and the resulting data that has lead to the selection of Halo as the preferred additional frontal cockpit protection system for introduction in the 2018 F1 season.

Post here all non technical related topics about Formula One. This includes race results, discussions, testing analysis etc. TV coverage and other personal questions should be in Off topic chat.
851 posts

When it comes to bianchi crash it seems pointless as it would seem halo wouldn't have helped much hitting a solid object of such weight. Extreme wet conditions and a truck on track and no vsc at the time. Just a yellow flag
No longer can drivers push under such conditions which is ultimately what caused him to go off the track. FIA is much tougher on speeds with yellows these days. But would have gone to a vsc under those circumstances if it happened again.

Facts Only wrote: ↑
Thu Jul 20, 2017 10:12 am
Oh dear seems that a tongue in cheek post has hit a nerve with the armchair racing fans. I forgot that a bit of humour is unacceptable.

I recommend finishing your sarcastic posts with "/s" so folks don't think you are serious.
The impossible often has a kind of integrity which the merely improbable lacks.
Top

I felt that the Shield design was the most pleasing from a spectator point of view, and it's sad that Vettel's 1 lap was enough to bin it. The HALO is a god-awful looking idea to me, and I cannot understand how drivers manage to see "around it" but then I'm aware that we can ignore what's in front of our face.

Maybe the real answer lies with a mixture of Halo & Shield designs.

That being said, we'll get used to it, especially when it's painted to match and has sponsorship siicks on it

I'm certain that no-one want to see any drivers get hurt but this is the worst decision made by the FIA since they introduced the 1.6L Hybrid engines imo. 9 out of 10 teams were against it, but FIA pushed it through anyways.. doh

Some will always say; "You'll get used to it", and that might be true but the already way to heavy cars will get even heavier, and the nowadays pretty good looking cars (compered to last last years anyways) will get a butt ugly safety thingy that wouldn't have done anything to prevent neither Massa's or Bianchi injuries, and as Brundle said, will cause as many problems as it fixes.

I see this as a kneejerk decision made more to protect the FIA than the drivers.
"We're having chassis, aero and motor problems.
Other than that, things are great."
Top

"Frontal cockpit protection
Following the unanimous agreement of the Strategy Group, in July 2016, to introduce additional frontal protection for Formula One and the repeated support from the drivers, the FIA confirms the introduction of the Halo for 2018. With the support of the teams, certain features of its design will be further enhanced.
Having developed and evaluated a large number of devices over the past five years, it had become clear that the Halo presents the best overall safety performance."
They won't say they won't use it.
Top

Controversy does not have a short memory.
Top

Within Ferrari they probably believe this championship is slipping out of their hands now with Merc getting their stuff together now. So let's vote for more radical changes that can have a big impact on the cars for next season and shuffle the grid once again and hopefully Ferrari will have the edge once again.
Top

Why am i not surprised that Ferrari supported this... This bunch or narcissistic feet worshippers will do anything to please and get the ear of their former employee Jean. as many have said this will create much more problems than solutions. Good luck f1... You'll need it for the next few years until at least the new engines come out. Hopefully it wont be too late
Top

Probably would have saved Henry Surtees.

Yes, that is a real possibility.
I just hope that they test that thing properly. it really needs to be incredibly strong to withstand wheels impacting it, even at low-medium speeds.
Top

The Halo only needs to save one driver from a freak accident that he/she would otherwise succumb to for it to justify itself.

Every single change they make for safety they make with good intention.

Stop acting like spoilt brats every time they make F1 cars look less like the death traps from the 1970's. Consider that this sport has new owners and they're laying the seeds to engage with an entirely new generation of F1 fans that never knew the good old days of wheels hitting heads, drivers being crushed in the tub or just thrown clear of the car. 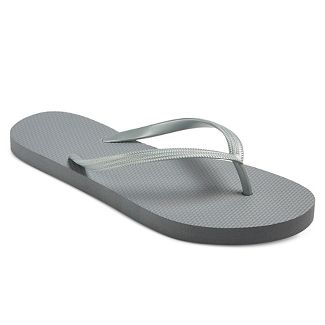 will the 2018 cars now also come with the accompanying smell?
Controversy does not have a short memory.
Top
851 posts