Thank You Wouter! An excellent read, as it tells me everything I was itching to know!

The Unity involved between RedBull and HONDA is outstanding.
Top


Marko: “Honda has now given the green light for the accident engine. It can still be used.
That means we no longer have to worry about getting a starting place penalty at some point. "
The Power of Honda!
Top

The first day of practice for the Hungarian Grand Prix featured very hot and sunny conditions with ambient temperatures over 30 degrees Celsius and the track getting past the 60 degree mark. Apart from Yuki’s crash in FP1, which cost him most of FP2 track time, the day went smoothly for us.
It was good to see that Max is not suffering any ill effects from the Silverstone crash and we were able to check that the PU that he used in the British GP weekend is working as normal.

However, generally, there is still a lot of room for improvement and that’s what we will be working on now. Qualifying has been very close at most circuits this year and, as is always the case on a short track like the Hungaroring, the lap times will be even closer than usual, so we can expect a very tight battle for qualifying tomorrow.


https://honda.racing/f1/post/hungary-practice
The Power of Honda!
Top

A frustrating Hungarian Grand Prix saw Red Bull Racing’s hopes wiped out at the first corner but Scuderia AlphaTauri delivered a solid points’ return with both cars in the top seven.

Rain in the 30 minutes before the race saw the whole field starting on intermediates as per the regulations, and Max and Sergio both made great starts from the second row to be fighting for second and third into Turn 1. However, Valtteri Bottas made an error that saw him run into the back of Lando Norris, punting the McLaren into Max while the Mercedes driver took Sergio out of the race.

For the second consecutive race, we lost the chance to compete at the front with Red Bull Racing Honda, through no fault of our own. It is hugely frustrating. Checo suffered too much damage to continue in the first corner incident and Max’s car was also very badly damaged. But the mechanics did a fantastic job during the red flag period and so he was able to continue and also push the car hard, although it was still damaged. It’s not much consolation, but at least he was able to fight back to tenth for a point. Both Scuderia AlphaTauri drivers did a good job of avoiding the chaos after the start and raced on patiently. Pierre finished sixth while Yuki was seventh, equalling his best result so far this year. The team has slipped down the order in the Constructors’ classification, but both drivers did a solid job to bring back a good points haul including Pierre’s point for fastest lap. This will be important for our mid field battle in the second half of the season. We now have the summer break, resuming racing at the end of August. It’s a shame we have not finished the first half on a high note, but we will now pause briefly to return refreshed, getting back to work, analysing everything from the first part of the season, being even more motivated to keep fighting for the title and more wins. Finally, congratulations to Esteban Ocon and Alpine on taking their first F1 win. 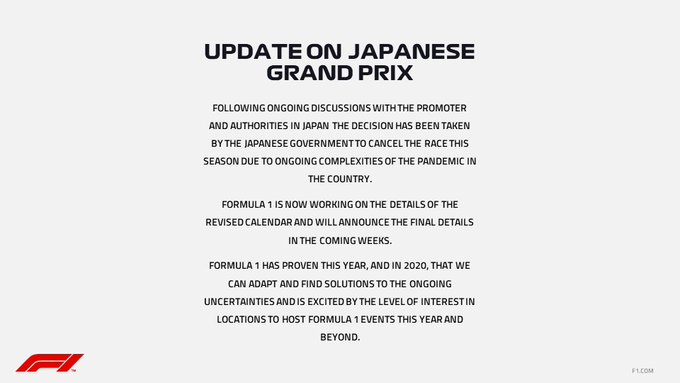 Max: These 50 races with Honda will always be special and well remembered when we look back. I think of course the first win with Honda will always be the most emotional memory during our time together and hopefully we can end this season on a high with them before they leave the sport. I have enjoyed working with Honda from the start. They have always been straight talking and delivered what we have expected. They spend a lot of time discussing everything with the Team and us as drivers which has been very important.

The two week summer shutdown came after two difficult races at Silverstone and the Hungaroring, so it was a good time for our team members to be able to take a break and come back physically and mentally refreshed, ready to tackle the final part of the 2021 season. The schedule in the second half will be much more intense and it is also the final chapter for Honda in Formula 1.

We start racing again at the famous Spa-Francorchamps track, a classic road circuit and, at just over seven kilometres, the longest on the F1 calendar. The first and third sectors feature long full-throttle sections, making it one of the toughest races of the year from a PU point of view. This weekend’s Belgian Grand Prix will be our 50th race together with Red Bull Racing. We have achieved some fantastic results together, including our first win and pole in the hybrid era and a double podium as well as five consecutive wins.

We want to keep winning, by focusing on one race at a time for the rest of the year with both our teams. Finally, one bit of unfortunate news was announced during the break - the decision to cancel the Japanese Grand Prix because of the pandemic. Everyone at Honda very much regrets that we will not have the opportunity to race and perform well in front of our home fans with our two teams in our last season in Formula 1. However, we are still determined to fight for the wins at each of the remaining rounds.

More on: https://honda.racing/f1/post/belgian-gp-race-setup
The Power of Honda!
Top

Get in there Super Max! Honda has won the 50th race together with both RedBull Racing and Alpha Tauri! Great job team! Now onto Max's next home race where he hopefully has an advantage!
Top

Moved this post to the Honda Power Unit thread, which seemed more appropriate.
Last edited by bigblue on Tue Sep 07, 2021 10:10 am, edited 1 time in total.
Top