Please discuss here all your remarks and pose your questions about all racing series, except Formula One. Both technical and other questions about GP2, Touring cars, IRL, LMS, ...
567 posts

Pit Beirer doing his Helmut Marko impersonation on Remy Gardner instead of fixing the bikes.
It will be interesting to see how 88 goes next year on an Aprilia.
Top

johnny comelately wrote: ↑
Fri Sep 02, 2022 2:08 pm
Pit Beirer doing his Helmut Marko impersonation on Remy Gardner instead of fixing the bikes.
It will be interesting to see how 88 goes next year on an Aprilia.

They seem to "want" Augusto Fernandez there for next season. Which doesn't make sense, since the Moto2 field seems to be slower than Fernandez and Gardner last year (also with better tyres this year). So imho they only want a seat warmer for Acosta.
Top

Agreed, they need to improve the bikes.
88 with the didgeridoo pipes just do not work at all, seemed to be peaky while looking ridiculous (my bias)

Very exciting Q2 with most starting on wets but then evaporation became their friend, so on slicks
there ended up being another reshuffle of the same cards producing
43
63
23
Top

It looks like MM will return to the bike. If it goes smooth may be he can return racing too. 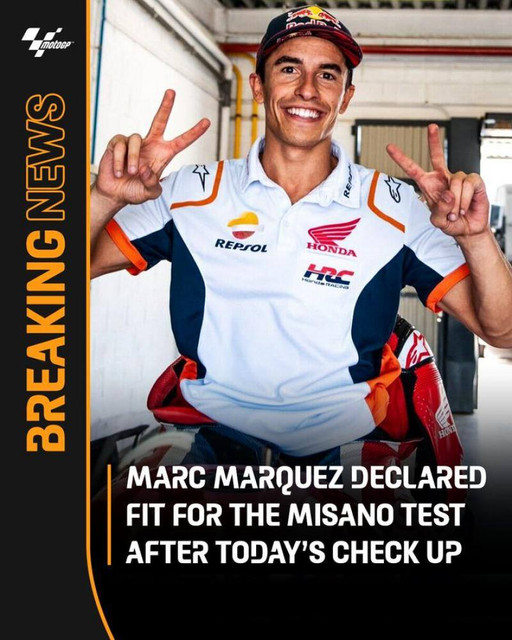 I don't know if this is true. 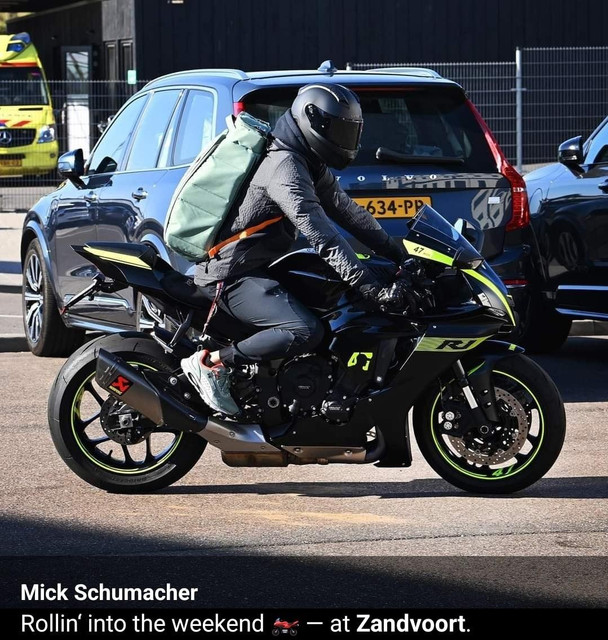 Top top top race at Misano
The very complete racecraft of Bagnaia edging out by a meter and a bit over the very mature ride by Bastianini...Viva !
Footnote: Nice to see Jackie Ickx in the Ducati pits!
Top

Bagnaia top, "positive steps" for Yamaha, Marquez returns
It was a busy day at the Misano Test as Yamaha test their 2023 engine & Marc Marquez enjoys a successful 39-lap comeback ahead of Wednesday

Day 1 of the Official MotoGP™ Misano Test is done and dusted and topping the timesheets is San Marino Grand Prix winner Francesco Bagnaia (Ducati Lenovo Team) with a 1:31.292. But Tuesday – and the two-day test in general – is more than just looking at the timesheets, because Marc Marquez (Repsol Honda Team) made his long-awaited return to action and Yamaha rolled out a 2023 engine.


HONDA:
Undoubtedly, the biggest news of the day was the return of Marc Marquez. After completing 39 laps ahead of the lunch break, the eight-time World Champion and his team decided to sit out the rest of the afternoon in order to be ready for Day 2 – a great sign that his comeback was a success. The other great sign is that it didn’t take long for the number 93 to start testing new parts for HRC, as the Japanese giants continue to heavily focus on getting their 2023 package right.

Marc Marquez, who finished 1.1s off the quickest time, was riding a black Repsol Honda with a new air intake, aero and downwash ducts on the side fairing, similar to what we’ve seen Ducati using for the past couple of seasons. The downwash ducts are believed to create some ground effect when the bike is on its side and help pull the bike into the ground giving more stability and more grip. It now looks like Honda are playing with this idea. In addition, Honda have another set of new side fairings just like the Aprilia’s that have the large, bulged-out side fairing that supposedly creates some ground effect similar to the way a floor does in F1.

One very, very notable thing to point out is HRC Test Rider Stefan Bradl testing a Kalex-built aluminium swingarm, as seen in the picture below. It’s a huge change for Honda as they have used their own in-house carbon swingarm for several years now, so outsourcing such a major component to an external manufacturer is a big move for Honda. This, though, shows just how committed they are to working in new ways to figure out where the path to success lies with their RC213V.


Furthermore, Takaaki Nakagami (LCR Honda Idemitsu) was running a brand-new, never seen air intake on one of his bikes. It’s a little wider and not quite as tall as the standard air intake, and differs from the one Marc Marquez was using too. As expected, there was plenty going on in the HRC ranks.


YAMAHA:
As we heard ahead of the test, the Iwata factory have a new engine to try in Misano. Fabio Quartararo (Monster Energy Yamaha MotoGP™) – who completed 80 laps – used it on Tuesday and confirmed that it’s a positive step, which is good news for the Iwata factory. The title chase leader was sixth quickest on the opening day, just under three tenths away from main rival Bagnaia.


A new chassis was also being put through its paces, while one of Franco Morbidelli’s (Monster Energy Yamaha MotoGP™) YZR-M1s was spotted with a new air intake. It’s possible that could be part of the 2023 engine package. Moreover, new wings were being tested, which seemed to be larger than those they have on the 2022 bike at the moment – Morbidelli has them fitted below.


APRILIA:
Aprilia Racing Test Rider Lorenzo Savadori has two bikes to test on Day 1, while it’s believed the Noale factory were testing some new wings. And talking of wings, Aprilia were back running the rear wing that we’ve seen appear a couple of times.

Both Aleix Espargaro (Aprilia Racing) and teammate Maverick Viñales took turns topping the times in the afternoon. Eventually, the Spaniards occupied P3 and P5 respectively at the end of play. Espargaro crashed unhurt at the tight, tricky Turn 14.

DUCATI:
As strange as it sounds, there wasn’t too much to shout about in terms of updated parts in the Bologna stables on Tuesday. Visibly anyway. Bagnaia did hint over the weekend that he didn’t think he would be testing too many new things, but that doesn’t mean they weren’t testing anything – far from it.

One thing that was noticed however was the sidepod wing extending down slightly further than the standard one Ducati have been using for some time.

KTM:
Three-time World Champion Dani Pedrosa was back on testing duties for Red Bull KTM Factory Racing and the Spaniard was seen trying an updated seat and tail unit.

There is not any word about L not even a vee block engine for Yamaha.
Top

Engine will remain inline-4 since they had prototype tested today in what is basically the same M1 they are using this year with new frame.

Quartararo seemed to be quite happy about the progress though:

The first steps with the 2023 bike were good. It works pretty well in the areas of acceleration and top speed, so I'm happy. Considering that this is just the first step, I'm looking forward to the next engine improvement.

I'm happy because for the first time this afternoon I could look on the top speed [chart and see that we were] more up than down the page! So I'm pretty happy.

This is a good step. It's the first time that we really feel that we made an improvement.

bold part added by me

Midday recap of the Misano Test | Day 2 with Mr Crafar

Day 2 of the Misano Test

With Marc Marquez's return to Misano testing the concern is that yes he is repaired but he is going to get back on an essentially unchanged heap of junk that has the habit of spitting riders off and damaging them. Just one of the reasons he was one point something off Bagnaia's time.
Top

MM is coming back to racing this week.