Please discuss here all your remarks and pose your questions about all racing series, except Formula One. Both technical and other questions about GP2, Touring cars, IRL, LMS, ...
567 posts 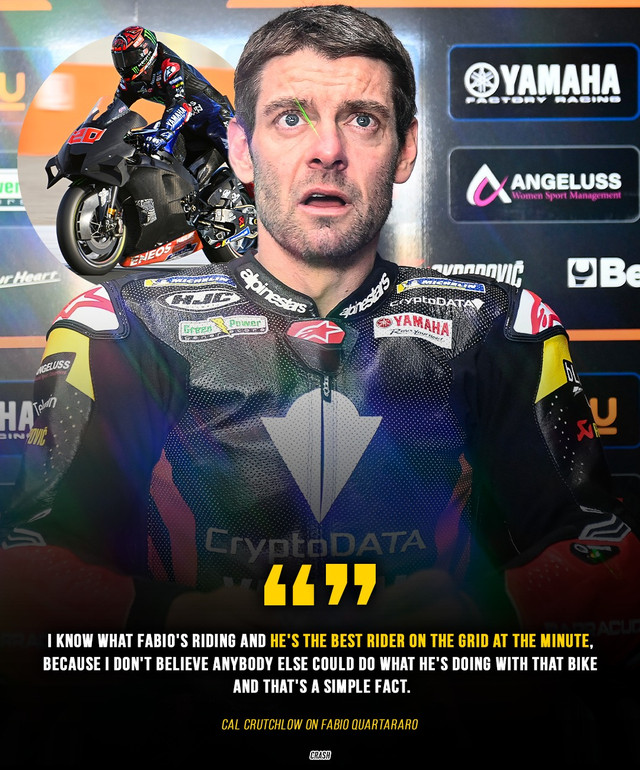 Behind the scenes in the pits, Aprilia
Link only, Dorna are such a bunch of X#'s
https://www.youtube.com/watch?v=Qht6JP3-9B0
Top

MM teachs Gasly and Perez how to ride

Marc Marquez’s new documentary appears to show him laying down the law to Honda after a horrible season for the team. The six-time premier class champion finished 13th in the MotoGP standings - higher than any other Honda rider despite undergoing a major surgery and missing races as he recovered.

“I want to get back to the top with you,” Marquez says. “But if it isn’t with you, I’ll try to do it on my own.
“As a rider on the track, I’m a bastard. “Us Honda riders are the ones with the least points and the most crashes.” A new five-part documentary on Amazon Prime, ‘Marc Marquez: ALL IN’, will be released in February 2023 in more than 200 countries.

It shows unseen footage of a tumultuous year where he underwent a fourth major arm operation before a gruelling physical comeback. Marc Marquez, MotoGP, Valencia MotoGP, 6 November
“Obviously I’ve thought about retirement,” he admitted.An emotional Marquez even asks his medical team: “Is it worth it or not?” He also says: “My first memory is a crash. Your head goes to one place and your body goes to another.

“Happiness for me is winning.” Marquez offered a reminder of his brilliance by securing a first pole position in three years at the Japanese MotoGP before finishing on the podium in Australia.

Senor Marquez, Marc's comments about the technical direction of MotoGP in relation to F1:

Marquez: MotoGP mustn't become like F1 where machinery matters more
Marc Marquez has warned MotoGP “needs to be careful” not to become like Formula 1, where he believes it’s become harder for drivers to make the difference over their cars.

"Marquez, who had a fourth major operation on the right arm he badly broke in 2020 earlier this year and missed six races in 2022, explained that MotoGP bikes, with all of the latest developments, are becoming "less manual" which has led to a much closer field.

"The thing is now is everything is more equal, because the limit is the bike," he added.

"It's true that in the past between official bike and satellite bike, the difference was bigger.

"Now there's no difference. The satellite teams have official bikes. So, they have the tools.

"But what happened, and you will understand immediately? Before I arrived in MotoGP, when you put fourth gear on a straight, you were not at full torque, because you were playing with the wheelie, with the rear brake, with the torque, with the body position.

"Now, you go out and already in second gear and third gear with the holeshot [device], with the aerodynamics, you have full torque and you are [tucked] in like [you are on] a Moto3 bike.

"So, the bikes are less manual. Before it was more manual, and you had to play with more things.

"So, for that reason everything is more equal now because if it's more manual then you will do more mistakes and it's more difficult to take profit of all the bike. If the limit is there [it's easier]."

Why is MotoGP going down the aero route?

Ducati stuck their concept and find a way to make it work. How we can accelerate faster ? Used winglets to keep front wheel ground, not enough ? wholeshot device. They reached a level that when bagnaia got a win he could not do a wheelie to celebrate his win. It's said in article that the device helps ducati to brake harder initially. I think this helps them to brake at same point safer or braking later which adds advantage on max speed and better acceleration advantage of ducati.
I am sure other guys also analising what they are doing and how they can overcome this. Other guys will find a solution for this but it will take time.
By the way KTM also will use more aero in coming season. We will see how it will improve them.
I also think that WSBK was better in racing last years. But ducati seems to do same there too.
Top

Maxy and Sergio consider and Marc sets them straight