A place to discuss the characteristics of the cars in Formula One, both current as well as historical. Laptimes, driver worshipping and team chatter does not belong here.
20 posts

AMS F1 News ‏@ams_formula1
What will the F1 cars 2017 look like. Designer Sean Bull shows you his new ideas. AMuS (in German): https://goo.gl/fb/upVi7i 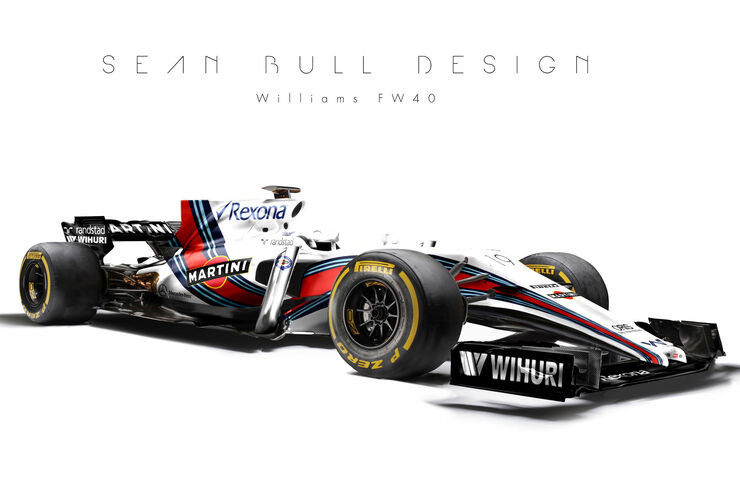 maybe a general problem for all teams, but definitely Williams.
Finishing races is important, but racing is more important.
Top

I guess (I could not read it) is the same message:

Odd that he put what looks like an f duct on it.

Pretty sure I'm not wrong in saying that the exclusion zone still remains - they still cannot put anything in that zone, save a very small shark fin to comply with minimum dimensions if needed (I.e. Can't link up the engine cover with the rear wing).

Rule changes bring opportunity for williams to move up the order

...
“Our aero performance has been there for everybody to see and judge … but the guys in that team still got it right in 2014 and they are a good team; they know what they’re doing.

“We just have to trust that they are going into [this season] having looked at every area, every angle and evaluated it and done what they needed to do throughout the process of aero development, from CFD through to wind tunnel development work.

“All the targets that we’ve set them over the past nine months of development for the new car they’ve already met and exceeded. and we’ve had to re-establish those targets for them. So I have confidence in that group.

“Whether we still need to do some more work will be seen come testing in February.”
...
Top

Loopholes in Formula 1's regulations are becoming harder to find, particularly with the 2017 rule change, according to Williams performance chief Rob Smedley.

Aerodynamics have been substantially revised for this season, in the type of major regulation revamp that has often created scope for different interpretations in the past.

Brawn, Williams and Toyota famously exploited the 'double diffuser' loophole when the rules were changed for the 2009 season, for example.

But when asked if there would be similar opportunities for teams in 2017, Smedley told Autosport: "Every time there has been a new set of regulations, at least through my time in F1, those openings have become smaller and smaller.

"The reason for that is that the technical regulations are pretty much written by senior technical people within the teams.

"The senior technical people in the teams are of the mind that we're all looking for a loophole, we are all trying to get the start on our competitors.

"But as these rules get written and because it's a collaborative process and it's written by people who are looking for loopholes, then the loopholes are pretty much closed off in the regulations.

"This set of regulations has been very much at the forefront of that.

"We've tried to close down the loopholes as and when.

"Do loopholes or areas of high exploitation still exist? Of course.

"Have we or other people found them? It remains to be seen."

Williams is undergoing a number of senior personnel changes this winter, with Pat Symonds leaving the chief technical officer role late last year and Mercedes' Paddy Lowe set to be announced as a new recruit soon.

Smedley is hopeful Williams can limit the impact of the shake-up.

"The car that we're going to go racing with in Australia for the first half of the season, let's say, is very much designed," he said.

"What we have to ensure is that as the technical team evolves, throughout all the levels, whether that is graduates or people coming in at the top level, we allow them to maximise their potential and work in a way that is the best way to work.

"We need to ensure their work has an impact at the earliest opportunity.

"Whatever changes we make now it will have minimal impact at the minute.

"It's only after six or eight months you start to feel it."
Top

Nice how 2 separate teams (albeit the same engine) achieve first fire-up on the same day, as far as we know. Optimum critical path achieved

"Over and above that, the key thing for 2017 is that we've got a good base in which to develop.

"What that allows is some change in the pecking order through the season.

"If that happens, the rules have ultimately been successful."
...
Top

do we have a date yet for williams launch ?

Recently they have launched on the cover of F1 magazine. any idea if that trend will continue ?
GoLandoGo
Lewis v2.0

NathanOlder wrote:do we have a date yet for Williams launch ?

Recently they have launched on the cover of F1 magazine. any idea if that trend will continue ?

February issue of the magazine is already out! This year it will not happen.

Regarding the launch date: my guess it will be February 27th, first day of testing!
Still I understood they will have a filming day 3-4 days before February 27th.
Top
20 posts