Do you think the active suspension & driver aid bans being rushed in for 1994 contributed in someway towards the crashes?

I did some research into number of accidents between 1993 and 1995. By the end of May 1994 F1 had suffered nine serious accidents resulting two fatalities and five major injuries and two very lucky escapes. Compare that to 1993 and 1995 where there was five and three major accidents by June in those respective years. Fortunately none of the accidents in 1993 and 1995 resulted in serious injuries or fatalities.

Senna predicted 1994 was “going to be a season with lots of accidents.” And I think most teams including Simtek were planning on using active for 1994, until Mosley enforced the ban.

So how much was the active ban a contributing factor to the accidents in early 1994?
Coming January 2019 a new F1 book revisiting the 1994 Benetton/Schumacher cheating allegations & politics

alesifan wrote: ↑
Mon Jan 29, 2018 8:29 am
Do you think the active suspension & driver aid bans being rushed in for 1994 contributed in someway towards the crashes?

While I believe it was luck that none of the major accidents between '86 and '94 resulted in the driver fatality, IMO active suspension ban resulted in the cars which were extremely hard to control.
Another factor was that by that time all teams caught up to the floor airflow management in the style of Tyrrell (raised nose and splitter behind front axle).
The heavy reliance on the underfloor downforce + flat floor rules and no lower limit on the ride height resulted in cars very sensitive to ride height and pitch. Combine that with primitive suspension (many teams had not developed ordinary suspension technology for a few years by that time) and you have a recipe for disaster.
Top

timbo wrote: ↑
Mon Jan 29, 2018 4:58 pm
The heavy reliance on the underfloor downforce + flat floor rules and no lower limit on the ride height resulted in cars very sensitive to ride height and pitch

Great point above about no lower limit on the ride height.

Worth noting many grand prix circuits visited in early 1994 had bumpy surfaces, with Imola being particularly bad as various drivers confirmed. Bumpy surfaces were not an issue for actively suspended cars because the system maintained a consistent level of ride height and therefore grip for the driver. Whereas bumps were a problem for cars hurriedly converted back to passive suspension for 1994. Yet little had been done to improve track surfaces and high kerbs to accommodate the backwards step in suspensions systems before the tragedies at Imola. At the corner where Senna crashed fatally the stewards had tried to grind away the bumps but they were largely unsuccessful, and only prompted by drivers concerns 15 days before the Grand Prix. Schumacher said “They tried to improve it (the bumps) at Tamburello, but they made it worse."


To add to these problems Autosport magazine suggested that teams had moved to a far stiffer suspension setup for 1994 to try and emulate the benefits of active suspension like a stable platform for the aerodynamics to work. The downside was the cars became extremely sensitive to bumps, however small. Williams star designer, Adrian Newey later admitted “we made a bloody awful cock up” when referring to the FW16. “The rear-end grip problem was purely a setup problem. We were learning about springs and dampers all over again after concentrating on active suspension for two years, whereas most people had been away for just one.”
Coming January 2019 a new F1 book revisiting the 1994 Benetton/Schumacher cheating allegations & politics

Actually, FW16B and 412T1 both had shorter sidepods than initial versions, probably had something to do with pitch sensitivity.

It's a pity those cars were so dangerous. In my view, they are the most beautiful F1 cars ever. 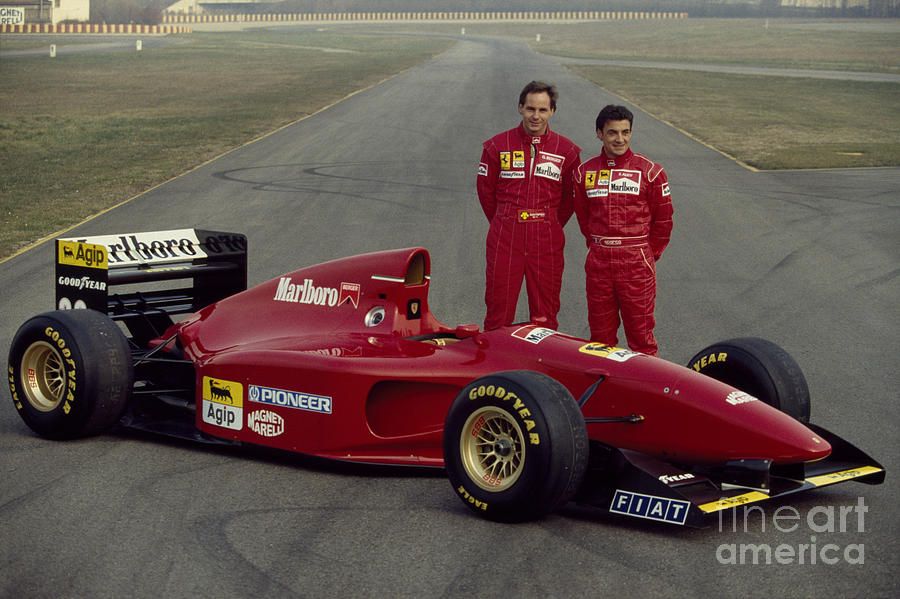 They were great. The late 80s - early 90s cars came to be the quintessential F1 shape, and I don't know why. Ask a random person to draw an F1 car and they'll likely produce something that looks like that.
Top

Possibly because the early '90s was when F1's TV coverage really broke through. Before then, coverage was pretty patchy – it was far less of a media event than it is now.
Top

I also believe this era had the most beautiful cars but I am still amazed by the driver's body exposure (by modern standards) during this era of F1.
Top
7 posts • Page 1 of 1