A place to discuss the characteristics of the cars in Formula One, both current as well as historical. Laptimes, driver worshipping and team chatter does not belong here.
1780 posts

Looks like the RB14 sidepod design gets copied a lot this year.
Rear rims very similar to Merc.
S-duct inlets on the sides of the FW mounting?
Top

I don't think any other car launched so far looks so uncluttered. Very clean.

Hm I think that's the livery and the way it's rendered, to me it looks very congested. It also does look purposeful though if that's what you mean.

This is a well designed car. Bargeboards are 5 steps beyond what we've seen from them thus far. Good use of all the surface area available.

The height of cultivation is really nothing special. It is merely simplicity; the ability to express the utmost with the minimum. Mr.Lee
Top

More radical how? Can you describe it?
Top

Is that floor extension below the barge boards legal
Top

More radical how? Can you describe it?

Main plate was curved almost pre 2009 like
"I have no idols. I admire work, dedication & competence."
Top

More radical how? Can you describe it?

bauc wrote: ↑
Thu Feb 14, 2019 1:26 pm
The actual car in the presentation looked much more developed especially the front wing, when compared to the posted render images above. Interesting solution with the baseboards and quite neat RW, cant wait to see what will come Monday onward's

The actual fw had much more curvature in the main plate area....almost pre 2009 like...
What do you think about undernose area...it looks almost entirely closed.

the undernose area was too dark to tell during the presentation and I'm sure we cant learn a lot from the renders. Monday is FAR AWAY

Is that floor extension below the barge boards legal

What extension? T tray device you mean?
The height of cultivation is really nothing special. It is merely simplicity; the ability to express the utmost with the minimum. Mr.Lee
Top 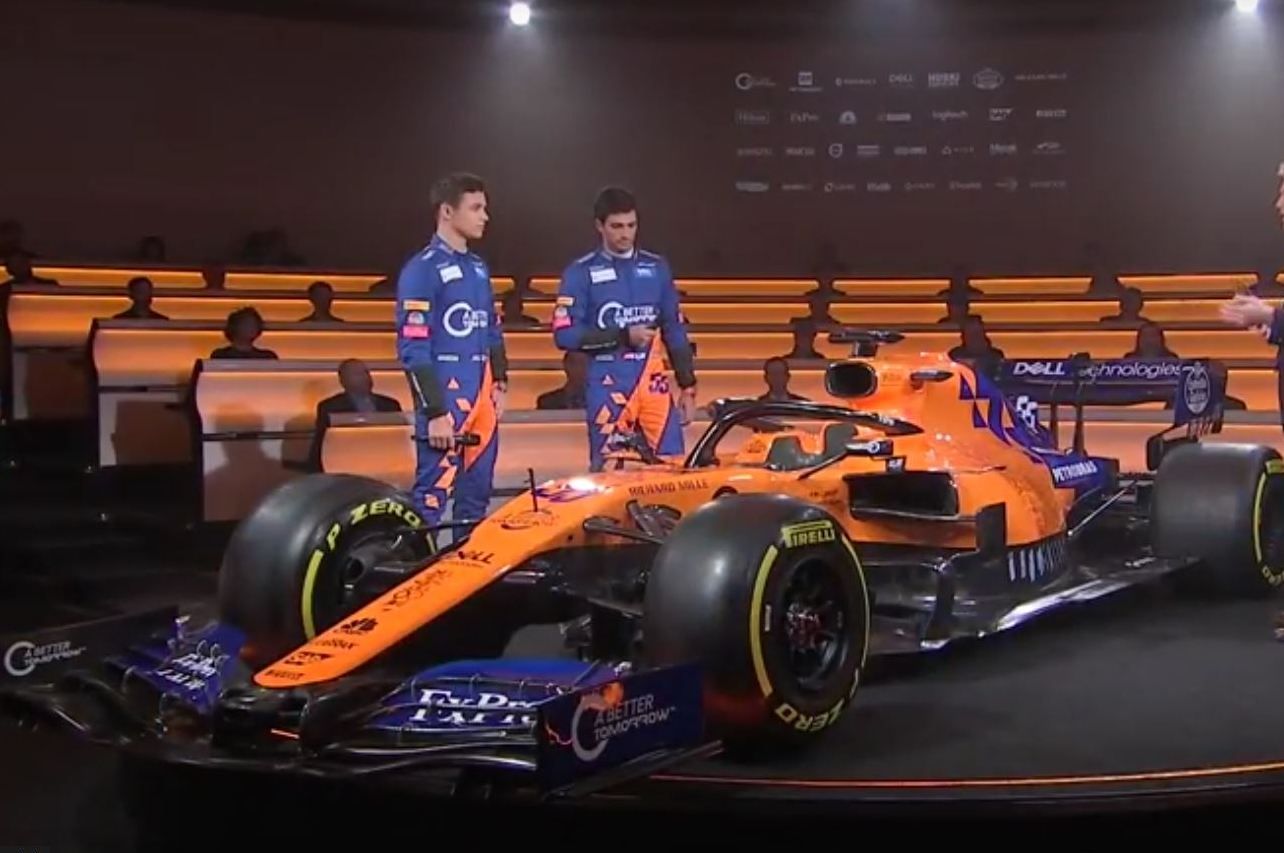 Is the front wing curvature the loophole mcl found that someone was talking about? Car looks nice!
Team Fernando!
Top

To me it looks like they focused on making the sidepods narrower, instead of them being wider on the top with a huge undercut. The spoon rear wing probably has something to do with the louvres being outlawed. The front wing curve is really interesting, not completely different to the Merc solution, and the bargeboard area finally seems to have some development after the start of 2017.
Edit1: Oh, and also they seem to have moved some of the coolers to the airbox, rather than having them all in the sidepods, which must be one of the reason for the narrower sidepods.
So far this is one of the most developed cars in comparison to last year, let's hope it works on track.
Last edited by DiogoBrand on Thu Feb 14, 2019 1:43 pm, edited 1 time in total.
Top

godlameroso wrote: ↑
Thu Feb 14, 2019 1:32 pm
This is a well designed car. Bargeboards are 5 steps beyond what we've seen from them thus far. Good use of all the surface area available.

If only bargeboard design was all it took. Last year their evolution in this area was basically non existent. So seeing a design with a rethought element isn't a particular stretch on a new car.
Top
1780 posts