Massa impressed as Williams updates work as expected Fri May 09, 2014

This forum contains threads to discuss teams themselves. Anything not technical about the cars, including restructuring, performances etc belongs here.
394 posts 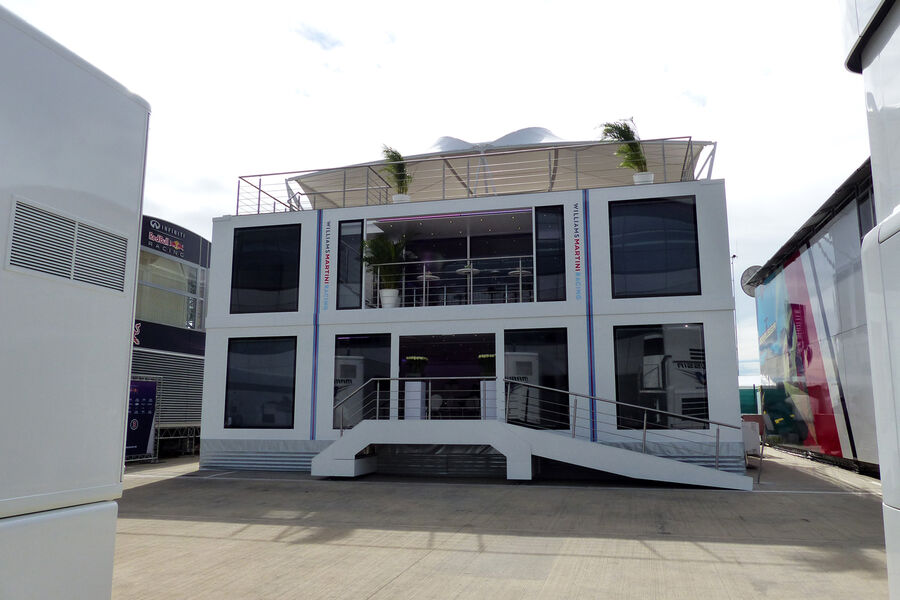 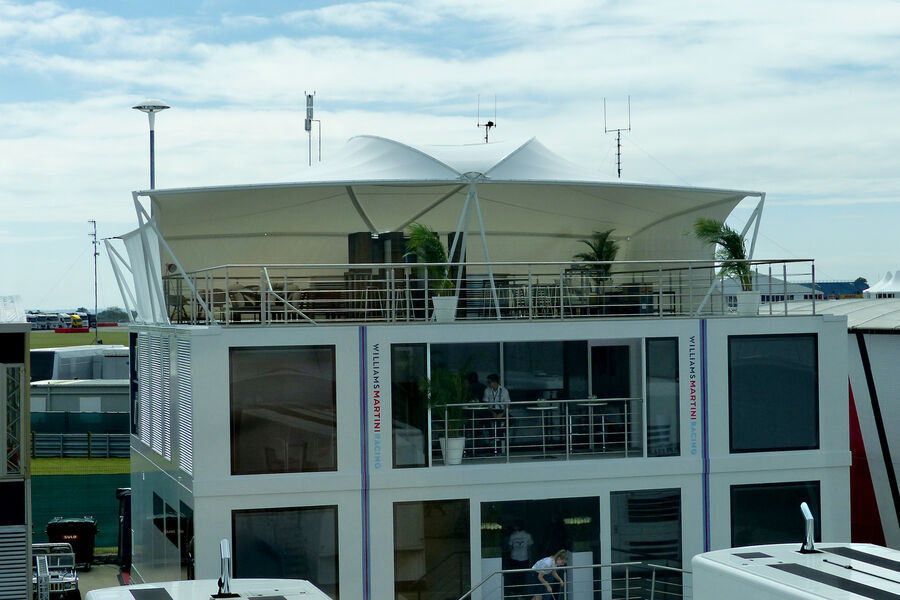 Are Williams finally showing they are contenders for best of the rest? So happy for the team!
WilliamsF1 fan since 1989
Top

I can't believe I'm even asking this, are Williams out-developing Red Bull? The RB10 was clearly the 2nd best car in Spain, but come to Silverstone now Williams have the clear 2nd best car.
Top

It's all in the tyres.
Top

Soft and super-soft for Canada and Austria, hard and medium for Silverstone...

Williams showed very strong pace on all 3 circuits, Silverstone in particular shows how big a step they have made since its a circuit with its fair share of high speed corners, and also in the wet since they were P5 and P6 before being caught out by the drying track.

With a bigger budget and less mistakes by the Williams strategist (and earlier in the season their pitcrews) this could easily have been a championship contender, seeing Massa catching up to the back of the field like it was standing still after the cooked-clutch at the start was like watching a Mercedes playing with the backmarkers.
Top

Kingshark wrote:I can't believe I'm even asking this, are Williams out-developing Red Bull? The RB10 was clearly the 2nd best car in Spain, but come to Silverstone now Williams have the clear 2nd best car.

Well, first of all I would not call it "clearly". The Bulls had no clean air for a long time...and when they had, they were either nursing their tires home or were faster than Valtteri...so nothing to read from that.
Regarding the development: Yes, their development is better than the RedBull development. As they can use the good test prior the season to develop their car. RedBull was not running in these tests...
But I think RedBull will bounce back in the summer break as they will profit from the in-sesaon-test then.
Top

I am hopeful that Williams don't lose their momentum and continue to push throughout the season. Clearly the arrival of Pat Symonds has had a huge impact on things.
Top

obviously williams have opted for a slightly less downforce less drag layout compared to most of ist competitors .This is hurting them when traction is the key and it hurts them when you Need to Nurse the tyres.
and of course the daimler pu is the most powerful as well and i´m sure Toto will supply the very best to his wifes Team to avoid Family Trouble as well .. I imagine Williams had PU Information flowing much earlier than McLaren or Force india ...that´s what i call a development Advantage. and it Shows.
Top

They also seem to be starting with 90kgs of fuel in most races, wonder why? Maybe a rear gunner agreement for the Mercedes Benz stickers.
Top

WilliamsF1 wrote:They also seem to be starting with 90kgs of fuel in most races, wonder why? Maybe a rear gunner agreement for the Mercedes Benz stickers.

A dedicated 3,800m sq. building located on the same site as the WILLIAMS MARTINI RACING Formula One team, the new Advanced Engineering facility is the result of £8m of investment by Williams over the last two years. The facility is a state-of-the-art R&D site that features a ground floor workshop with Formula One inspired build bays that can be used for one-off projects or low-volume production. The facility will accommodate up to 250 design engineers and also features a number of confidential rooms where projects can be worked on in complete secrecy – vital given the nature of Williams Advanced Engineering’s client base.

The aim of Williams Advanced Engineering is simple: to use the technology, know-how and rapid development skills honed in Formula One to deliver cutting edge technology solutions to the automotive, motorsport, transport and energy sectors. The company specialises in delivering energy efficient performance for its clients and does this in four key areas: hybrid power systems and electronics, dynamics, advanced lightweight materials and cutting edge aerodynamics. This expertise in energy efficient technologies first began with the hybridisation of Formula One cars in 2009, with Williams becoming the only team to develop its hybrid technologies entirely in house.

Although today marks the opening of the new Williams Advanced Engineering building, the business has been operating since 2011. Its first project was the Jaguar C-X75, one of the most sophisticated hybrid supercars ever made. The company is also collaborating with Nissan on its high performance Nismo products, and is the sole supplier of the batteries that will power the cars competing in Formula E, the world’s first fully electric racing series. The company is expanding its operations into the energy sector and is currently working on a project to install Formula One derived flywheel energy storage technology on energy grids in the Scottish highlands in a project backed by the government’s Department for Energy and Climate Change.

Speaking at the launch of Williams Advanced Engineering’s new facility the Prime Minister David Cameron said; “Formula One is a world beating, hi-tech industry and I am very proud that Britain and British engineers and designers play such a key role within it. Williams opening their Advanced Engineering facility in Oxfordshire is great news for the local area and a vote of confidence in our long-term economic plan to back business, create jobs and secure a better future for Britain”.

Mike O’Driscoll, Group CEO of Williams, added: “We are honoured to have the Prime Minister here today to join us at the start of an extremely exciting time for Williams Advanced Engineering. This new state-of-the-art building gives our talented and diverse skills base a home and provides capacity for 250 designers, engineers and technicians. Williams’ diversification programme has achieved much over the past few years and from here I expect Williams Advanced Engineering to make rapid progress. Improving energy efficiency is an important global concern and we are confident that Williams has the unique know-how and resources to play an important role in tackling this issue. ” (Official Press Release – Williams) 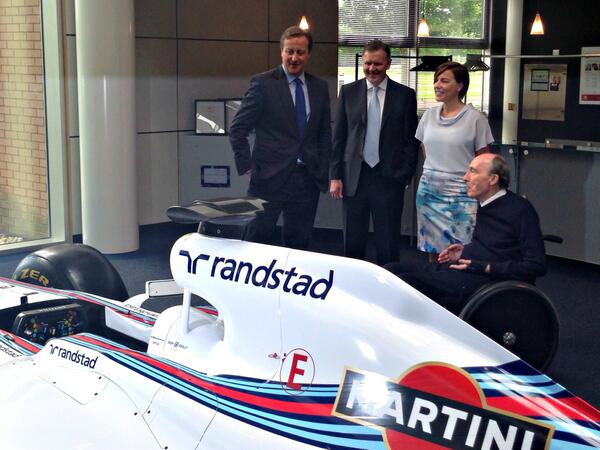 Maybe the best interview from a technical director in the last 20 years... as long as i am following F1... and one of the best viewpoints which could learn even IT Team managers/leaders... i mean everyone!

He is the great successor of Patrick Head... and always i am very pleased to read words from him... Pat Symonds.

“The force can have a strong influence on the weak-minded”: [Obi Wan Kenobi]
Top

I can't believe we're more than halfway through the season and Williams still haven't gotten their online store in order. They've said "the next few weeks" since like May.

acosmichippo wrote:I can't believe we're more than halfway through the season and Williams still haven't gotten their online store in order. They've said "the next few weeks" since like May.


It works fine for me, I allready got my polo shirt and a cap.