The Mercedes AMG F1 Team has announced a new partnership with leading helmet manufacturer Schuberth to become an Official Team Supplier for the 2015 onwards.

This forum contains threads to discuss teams themselves. Anything not technical about the cars, including restructuring, performances etc belongs here.
473 posts

The breathing thing was a completely different thing. He used to hold his breath through corners but has now learned to relax and breath through them, thus maintaining better energy throughout the race.
"If the only thing keeping a person decent is the expectation of divine reward, then brother that person is a piece of sh*t"
Top

I thought the holding breath through corners was due to the g-forces involved more than anything else.
And if physical fitness is a marker for success than Button for his 2nd WDC!!

Working on the front line in the NHS.
Top

SectorOne wrote:The breathing thing was a completely different thing. He used to hold his breath through corners but has now learned to relax and breath through them, thus maintaining better energy throughout the race.

Sounds easier said than done. I feel he is going to realize at some point that talent cannot be learnt, but it's good otherwise to see him look at the finer details to ensure he is well equipped to beat Lewis this year.
For Sure!!
Top

The paint job is a bit different at the back
New: 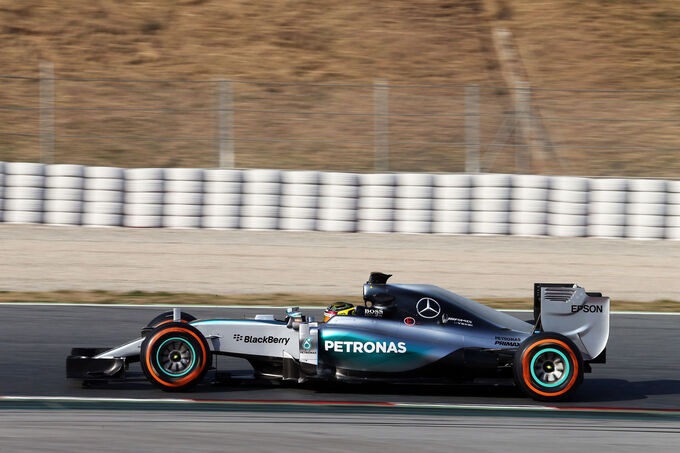 Heard some story in the williams thread about Hamilton and decided to look it up myself, here are some quotes from various people which is pretty interesting. (driving-related stuff)


“Lewis is an extraordinary driver,” he says. “The first time we ran him at McLaren [as a rookie late in 2006], I recall the guys looking at the steering trace at the Silverstone test. The oversteer corrections in all the braking zones and corner entries were massive. We were waiting for his feedback and he didn’t mention that. We asked ‘How’s the car on entry?’ and he said, ‘Fine’. His natural car control was extraordinary. Most drivers would have been quite unhappy with such instability.”
- Paddy Lowe

“In my time at Ferrari,” says one senior ex-Scuderia man, “Lewis was the only other driver Fernando [Alonso] worried about. Yes, other drivers might have been in faster cars and he’d accept that. But on a Grand Prix weekend whenever you’d discuss the challenges, it was only ever Hamilton that Fernando referenced as being a threat, solely because of what he could deliver as a driver. I think Fernando had matured since 2007 when, as a team-mate, he’d been shocked that a rookie could be at his level, be a threat to him immediately and had not reacted well. With hindsight, he understood that Hamilton alone stands as something beyond the norm. I got the impression that there was no one else on Fernando’s radar as a rival.”
- ex Ferrari Scuderia worker.

‘If ever Lewis works out how to get the best from himself and the engineers, the rest of us might as well go home.’
- Jenson Button

“He is one of those drivers that, as an engineer, you want in your car,” adds Lowe, “because whatever he delivers you know he’s wrung the car’s neck and that’s the maximum of what it will do. There are not many drivers of that quality and for an engineer that’s the most satisfying aspect. It gives everyone confidence and such a great platform to work from. So he has massive talent and extraordinarily good racecraft and both were evident right from the start. Remember the number of drivers that got pissed off at being overtaken by him in the early days? He’s great in the team for the reason of his performance and ability to race. That captures the public eye as well, because they just love that fighting spirit. I don’t want to mention any contemporary drivers but someone like Nigel Mansell gave the same sort of reaction. People loved to watch Nigel. There were similarities at Silverstone this year with 1992 – the crowd just love that sort of driver. For me that overpowers all behaviours out of the car.”
- Paddy Lowe

“We were doing a race distance simulation run and I was pointing out through the glass different features of the engine as it was screaming away and Lewis asked which circuit we were running. I didn’t know, I wasn’t running the test. So he listened for maybe 10 seconds, then said, ‘It’s Budapest,’ and it was! ‘Yeah, that’s through Turn Two into Three, running up the hill. Oh, there are fewer shifts compared with before.’ He has huge knowledge and familiarity with it all.

“He learns on track, in the simulator, from watching laps on his laptop, replaying the data log in his head in time with what’s shown on the screen, and watching others driving the cars. He thinks about it a lot. That’s one of the reasons that he’s not only quick – but efficient with tyres and fuel.”

don´t start a sh*t storm about this now people, i see this as interesting as reading about Michael Schumacher and what he used to do behind the wheel or even Senna etc.
Hoping to find some things about Ricciardo and Alonso in the future as well.

Edit: full article here,
http://www.motorsportmagazine.com/archi ... ing-enigma
"If the only thing keeping a person decent is the expectation of divine reward, then brother that person is a piece of sh*t"
Top

It seems they returned back to the last years' paint job but I don't understand why they keep changing paint job. Both of them seems ok to me'
Top

I don't like the new paint job at all. For crying out loud, just make it all silver. It's not that hard. The previous test design was an improvement over last year, though still not perfect, but this is just bad. Also, that paint-brush effect is so 1990s...
Top

Terrible, looks even worse than before which is quite an accomplishment.

Such a shame that they stick to the hideous "fade effect" in their whole car instead of clear lines, a more classic look. Last year too on the presentation they had a different paint job on the engine cover that looked better and they changed it before the season began, to a much worse version.

Whatever they do though, even God himself can't make THAT tone of turquoise look good on THAT tone of silver.
"Being second is to be the first of the ones who lose." - Ayrton Senna
Top

Was there no rumour about them cars being chrome starting this season?
Top

WaikeCU wrote:Was there no rumour about them cars being chrome starting this season?

There was yes. Was meant to be a bit more 'bling'. It doesn't look any different to me, i thought it looked different in the sneak shots but its not.

Bit of a shame, chrome with a sort of chrome like green would have looked good.
Top

Apparently it looks like a matte silver paint job in person until you get up close and realize it's still gloss. I always hoped they'd paint the car "Alubeam Silver", which was a $12K color option (no joke) on the SLS.
Top

What is it about the word "Hamilton" that gets everyone so worked up?

The posts about Hamilton are only PR puff pieces (aka paid fanboy onanism) by team members saying how great their own driver is. We'd all say our star driver was the greatest if we were in an F1 team with a WDC driver.

Bickering has been deleted.
Top

I have to say, I like the silver tone. Nothing special, but it shouldn't be anyway. Not a fan of chrome all over, also, I seem to remember that McLaren wasn't allowed to continue their chrome look because it could blind other drivers, but maybe I'm only imagining this.

Anyway, if I had the job as paint-master over at Mercedes, I'd make it all silver and get rid of the black and turquoise gradients. It might be a hard sell to Petronas, but at the end of the day, they might agree that it's better to be on a more attractive, more traditional car than having your colours on it. Alternatively, I'd just print the Petronas logo in turquoise to make them happy. If for some reason other colours were necessary, I'd go for clean lines, not these gradients.
Top

Richard wrote:What is it about the word "Hamilton" that gets everyone so worked up?

The posts about Hamilton are only PR puff pieces (aka paid fanboy onanism) by team members saying how great their own driver is. We'd all say our star driver was the greatest if we were in an F1 team with a WDC driver.

Bickering has been deleted.

But it didn't need to be the case though, Richard.
I think you know exactly what was happening. SectorOne's post highlighted a couple of things we dont see as fans. Is it PR gumph? Likely, but with the added nuance of insiders given us a peek. If one or two detractors (politely put) bear umbrage and take aim at staff for their opinions, and the story vanishes into the ether then is this a tactic that can be redeployed ad nauseam until no driver/team chatter is possible?

As I've said, I think its clear what happened here. Would it not be better to promote constructive dialogue to further our participation, rather than have a destructive element ruin it for the people that actually have a positive interest in this particular thread and topic?
JET set
Top
473 posts