British racing driver Alex Lynn will be joining Williams Martini Racing as Development Driver for the 2015 Formula One World Championship season. Lynn will mainly use the team's simulator to help setup the car for each race while helping the development of the team's car, the Mercedes-powered FW37

This forum contains threads to discuss teams themselves. Anything not technical about the cars, including restructuring, performances etc belongs here.
244 posts 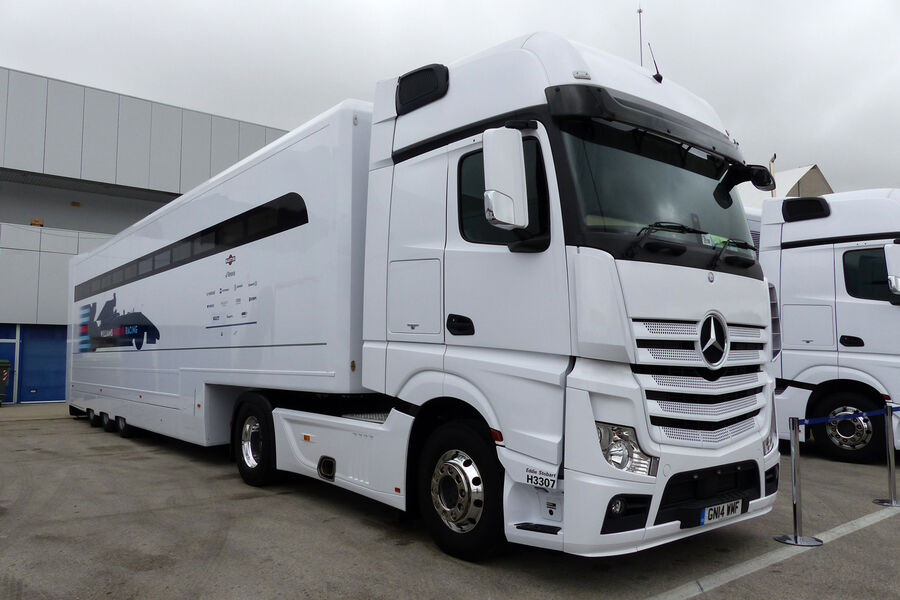 Williams Martini Racing has reached a new agreement with motorsport apparel specialist Alpinestars that will see the company supply its technical performance products to the team for the 2015 Formula One season and beyond.

Founded in Asolo, Italy in 1963, Alpinestars is a global leader in technical, high performance protection for motorcycle and auto racing. The company will supply the suits, under layers, boots and gloves worn by the Williams pit crew and drivers Felipe Massa, Valtteri Bottas, Susie Wolff and Alex Lynn during the 2015 Formula One World Championship.

The company's race suits are made from advanced, ultra-lightweight fabrics that blend the highest safety standards with breathability and comfort and are designed to give both the drivers and crew a vital performance advantage.

Speaking about the new agreement Alpinestars President/CEO, Gabriele Mazzarolo commented: "Our technology development is based upon testing at the pinnacle of world motorsport; Formula 1, NASCAR, WEC, MotoGP, Motocross and every other form of top-level competition. Forming a technical partnership with Williams is a natural continuation of that philosophy given the team’s long and illustrious record of innovation and success. Our technical support will ensure continuous development of product technology to ensure drivers and crew benefit from the highest level of product performance so critical in Formula 1."

Claire Williams, Deputy Team Principal and Commercial Director of Williams, added: "Alpinestars are known as one of the leading suppliers of high tech performance wear for top level motorsport and we're delighted to confirm a new multi-year partnership. We will be working together to make sure that our drivers and pit crew have high performing gear that will give our team the edge next season both in terms of style and technology."
Top

Nice new trucks but supplied by Eddie Stobbart I see. Same as Merc. Interesting how business ties work. No doubt the engine supply deal comes with other links? Or is this a sign of a "special relationship" between Williams and Merc? It seems Williams certainly get top spec engines and developments from them, almost like a semi-works satellite team.

Either way, I'm so glad to see Williams in such a strong position again. 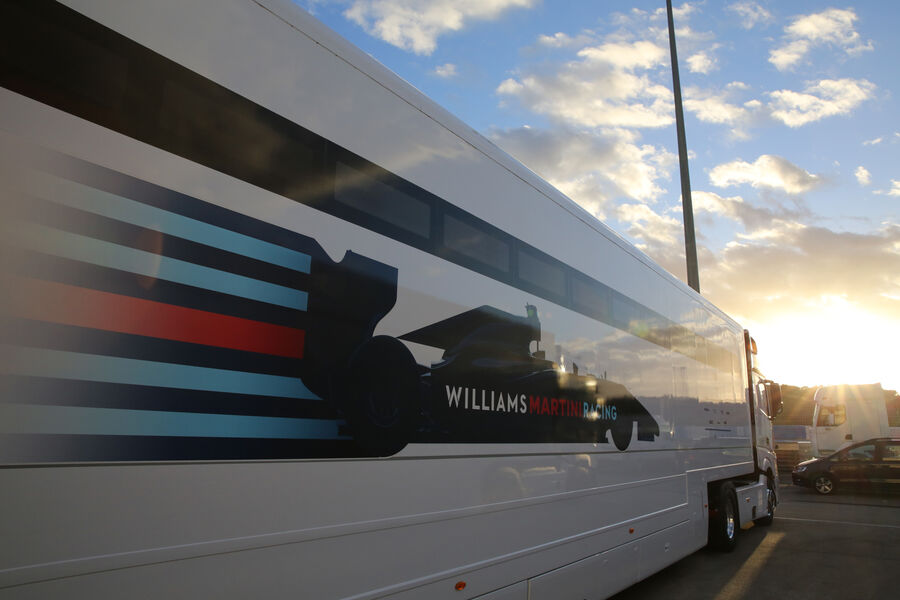 Nope. Alpinestars is the sh!t.
“To be able to actually make something is awfully nice”
Bruce McLaren on building his first McLaren racecars, 1970 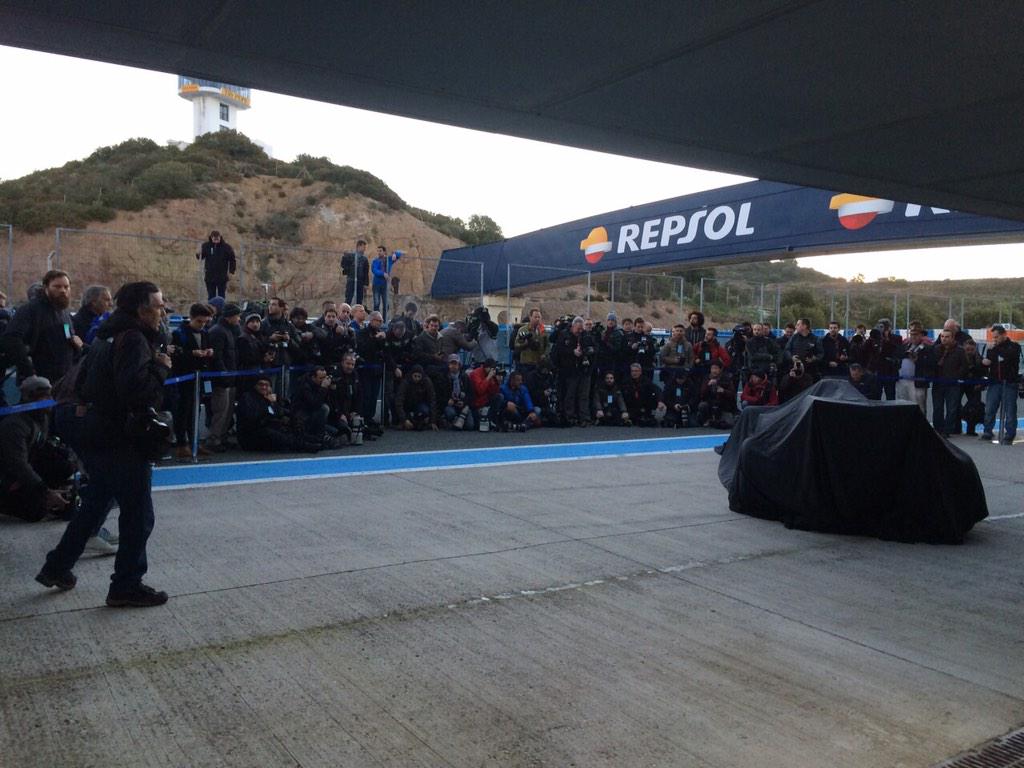 Williams have officially rolled out their new car ahead of the first morning of running at the opening pre-season test of 2015 in Jerez, Spain.

As indicated by previously released images, the Mercedes-powered FW37 is a clear evolution of last year’s highly competitive FW36 which carried Williams to nine podiums and third place in the constructors’ standings - the Grove-based team’s highest finish since 2003.

Commenting on the new car, team principal and founder, Sir Frank Williams, said: “After such a strong season in 2014 we are looking to continue the move back towards the front of the grid. The move from ninth to third was a tough challenge, but ultimately every step up from now on will be even harder. I am confident that we have the appropriate personnel and talent in this team to make those steps.

“We have an experienced driver line-up, with both drivers finishing on the podium throughout last year and hungry for more success in 2015, new commercial partners to add to the continued support from our already impressive roster, and have a technical team that is amongst the best on the grid.

“I am looking forward to seeing the car in testing and assessing how other teams have fared over the winter in comparison to us. We should, once again, have a very exciting season ahead of us which will hopefully bring more success to Williams.”

Felipe Massa, who will once again share driving duties with Valtteri Bottas, said the team had every reason to feel upbeat about their prospects for 2015: “The momentum we carry from last year has been very encouraging, the team has changed so much from 12 months ago and it is clear to see everyone is heading in a good direction,” he said.

“The development rate of the FW36 was one of the most exciting elements to the car, the team worked exceptionally hard throughout the year to make sure that we had a faster car at each race, and I look forward to a similarly impressive car this year.”

Despite recognising that the team would face increased expectations in 2015, Bottas was similarly optimistic, saying: “Other teams and our fans are expecting a performance like last year, and all the personnel at Williams have been working tirelessly to make sure this is not only achievable but the benchmark for improvement.

“For much of last year we had the second fastest car, and this year we plan to take every opportunity to challenge at the front. After my first podium in 2014 I hope to continue developing as a driver as I aim for my first win. I look forward to working closely with Felipe again this year as we strengthen our relationship to extract the most from the car.”

Bottas, who finished fourth in last year's drivers' standings, will give the FW37 its track debut on Sunday morning. 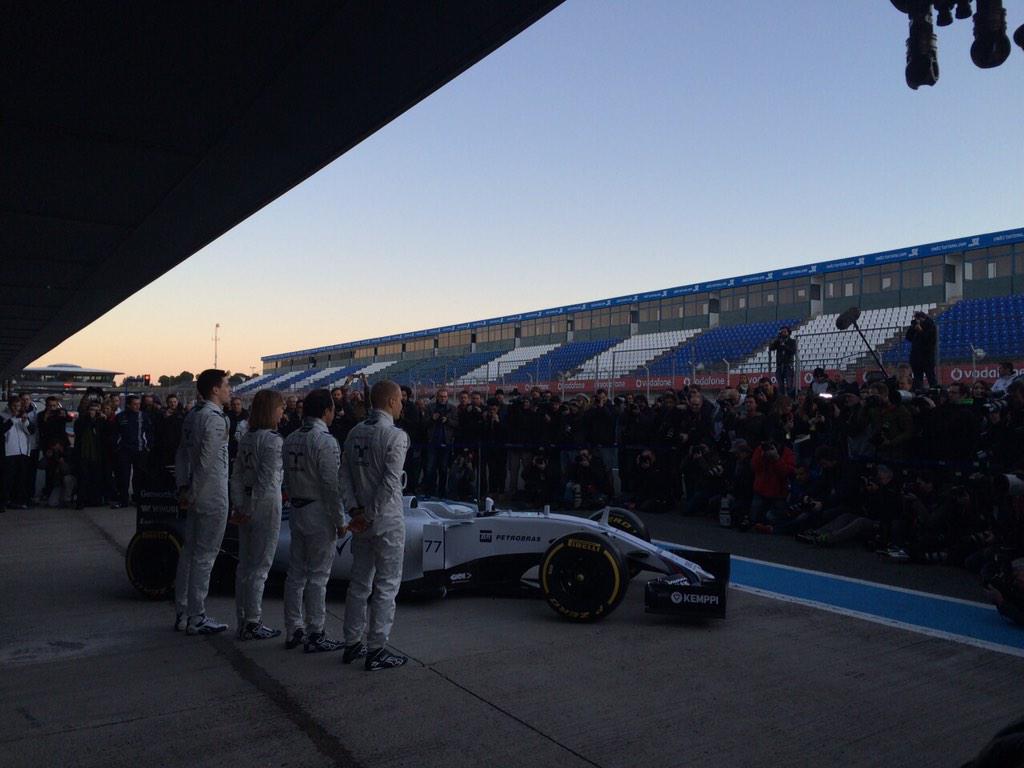 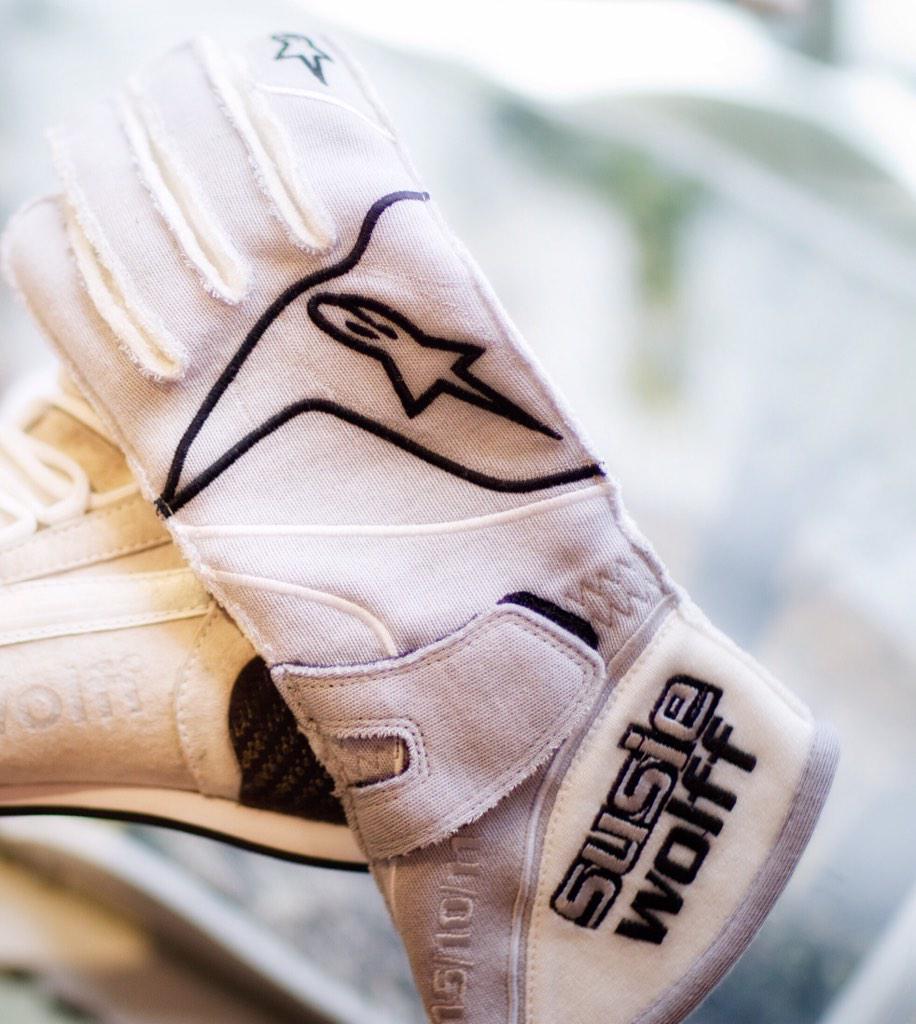 Driver: Valtteri Bottas
Chassis / Engine: FW37-01 / PU106B Hybrid
Location: Jerez de la Frontera 4.428km
Objectives: New component, systems and reliability checks
Weather: Dry and sunny
Air & track temps: 7 - 14ºC / 9 - 20ºC
Valtteri Bottas: 1:23.906 (+1.286) 5th
Quickest Time: Sebastian Vettel, Ferrari: 1:22.620
Rod Nelson, Chief Test & Support Engineer: We have gone through our normal winter test programmes today and have solved any issues that have arisen. We lost a bit of time this morning but once on track, Valtteri clocked up 73 laps. We have new hardware on the car and there is a new power unit, and all of these have to be checked and tested whilst we are running before we can start looking at performance. Jerez isn’t too representative as a circuit as the surface is so abrasive, this limits the amount of useful performance work we can carry out. We are very satisfied with the first day and are looking forward to tomorrow.
Valtteri Bottas: The day started off a bit slow, but it ended turned out to be a really good one. After that initial set-back we didn’t have a single issue with the FW37, which is impressive for the first day with a new car. We started off on shorter runs before longer runs later this afternoon, including one run that was significant considering again that it’s only the first day. The car was consistent, so it’s a really good start to the week and we are pleased that it’s still a step up from the car we had at the end of last season. We know we have a lot to learn and improve, but we also know where these gains can come from, and have work to do with the car performance and the power unit. There are a lot of strengths in this car and we’ve made good progress in just one day, so I am very pleased.
Top

In an interview Bottas reported more consistent aero, he can "trust" the car more.
Top