Sahara Force India has confirmed Esteban Ocon as a race driver for 2017 and beyond following the signing of a multi-year contract. The 20-year-old Frenchman will race alongside Sergio Perez to form a line-up on the grid with a blend of youth and experience.

This forum contains threads to discuss teams themselves. Anything not technical about the cars, including restructuring, performances etc belongs here.
134 posts

Aparently no more Sahara involvement in Force India.
If i would get the money to start my own F1 team, i would revive Arrows
Top

Lineup for BCN testing is out.

Alfonso Celis Jr is a mexican driver. Seems that Carlos Slim Jr is taking control of the team...
Top 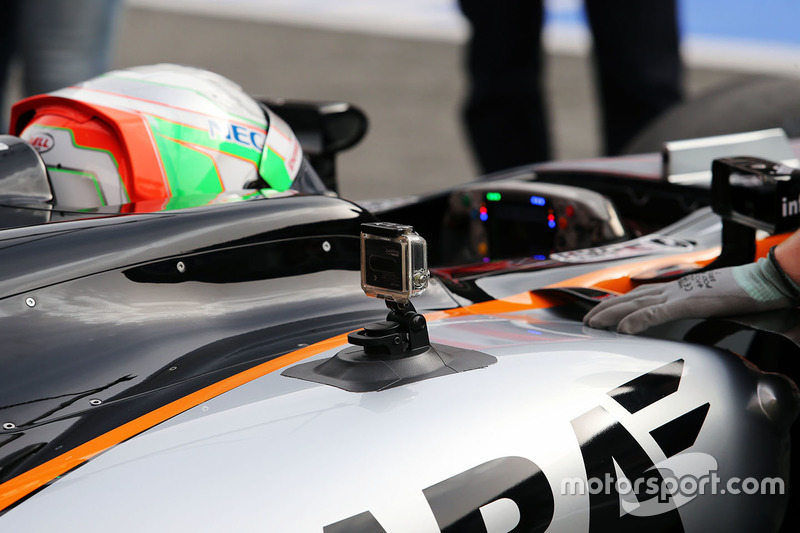 seems like they have redesigned the rear suspension geometry for 2016 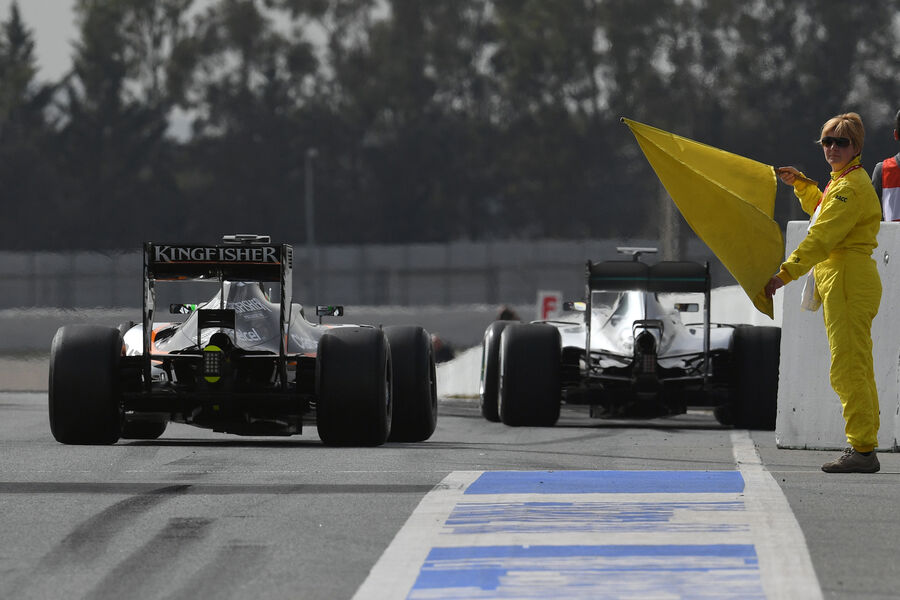 Scuderia1967 wrote:Sahara still in the team's name and on the drivers overalls

On an obviously removable patch, for some reason...

I want to see those pictures'.
AYRTON SENNA 12
Top

Performance (both in qualifying & race) at Alberta Park was bit disappointing looking at all the hype during Barcelona practice. Though, Alberta pack does not provide true indication of pecking order; FI needs to work hard in that pack midfield.
Do you know if FI on track to bring some upgrades to Bahrain? That track will provide some indication of VJM09 capability and what we can expect during 2016 season.
Top

NAPI10 wrote:Performance (both in qualifying & race) at Alberta Park was bit disappointing looking at all the hype during Barcelona practice. Though, Alberta pack does not provide true indication of pecking order; FI needs to work hard in that pack midfield.
Do you know if FI on track to bring some upgrades to Bahrain? That track will provide some indication of VJM09 capability and what we can expect during 2016 season.

When Hamilton was lamenting on the fact that he couldn't overtake a Toro Rosso at the starting stages of the race and that the red flag totally disrupted the race strategies of all teams. Not to mention street circuits like Australia don't truly reflect pace of all cars.

That being said, let's see how they perform in Bahrain. They did well last year, so let's see if they can still compete for the podium this time around.

Force India wasting time on a Driver who's never gping to make it into Formula One is not good Sergio Perez we know he's a bit faster then what he has been doing with less time to set up his car for Bahrain look how slow he's going.

Celis is too fat for Formula 1'.
The fitness requirements for Formula 1 are too high he might make a great NASCAR Mexico driver one day like most Mexican drivers but the rare few who can shine outside of that category aren't drivers you suddenly pick up and say hey let's put him in F1. Telmex has younger kids they bring up with the F1 project but this guy's too old and not winning any relevant development categories to warrant a practice day and waste of time for an F1 team Sergio Proved he's not a pay driver the kid used to sleep in the floor of a restaurant as a kid so he could sacrifice to be in Europe and move his way up the developmental series.


Celis is more the Pastor Maldonado type latin American that just get things handed to them'. Gutierrez is also that kind of rich kid but he has some talent'. Celis makes a Force India into one of the slowest cars on the Grid then doesn't give Perez enough time for set up'.
AYRTON SENNA 12
Top

I guess that's relatively small money in F1-terms. But apperently they have been losing money for some years now. Thats a bit worrying given the championship money they have received from FOM because of their high place rankings. Also they have a considerable amount of sponsors, especially from Mexico because of Perez being at the team.

The difference with Sauber is that Force India actually have backing from their parent company and its shareholders, who can catch a check if needed. But it shows how fragile Force India still is. If their good-run comes to an end than it's a matter of time before they're in real financial trouble.
Top

Great weekend for the team. I am little bit suprised, how well the car worked in these conditions.
Top