now as things all but confirmed STR-HONDA 2018.
iam almost certain Newey will contribute in the making of 2018 STR chassis.
para bellum.
Top

If STR-HONDA becomes reality, how good it would be to have two rookie drivers in team (in case that they ditch Kvyat)?

this is my signature

First, Sainz has never been frustrated about STR, he was planning his future as NO STR DRIVER HAS EVER DONE A FOURTH SEASON WITH STR, and 2018 will be the fourth for Carlos, so he has something to worry about. Also, STR has never been open about their decisions until last moment, when their discarded drivers has no option to look for another seat.

About his move, it´s not RBR or McLaren requirement, it is Renault requirement. They want him as a compensation for that team switch they don´t need to do.

Finally, RBR is not renouncing to Sainz, I´m not sure what´s the term in english but the plan is to let Sainz race for Renault one or two seasons, and then give him a RBR seat if possible. It´s just a temporary transfer

Though he must be grateful with RB for inventing on his career it must be fustrateting to lack any power to decide his own future. And yes, Rb is not known for treating well his drivers. Their behave like the typical souless corporation.

Furthermore, RB expects that Ricciardo or Verstappen could leave the team in 2019/2020 so they want to have the B option which is Sainz. If this happens, I hope that at least RB is on a good shape, poor Sainz if Renauld is strong in 2019 and RB is nowhere.
Top

Apparently it is only a loan for 1 year.


On Toro Rosso's side, it has cancelled its Renault contract - in exchange for Red Bull loaning Sainz out until the end of 2018 - and will switch to Honda engines next year.

There's no way Kvyat will stay either. Sainz going makes sense to place Gasly as one of the 'last' guys in the junior programme pipeline that would be only fair to atleast find him a seat in F1.
Outside of that, i'm rather confident Matsushita will get a raceseat @ Toro Rosso - Honda for 2018, which would be rather logical too. Toro Rosso doesn't have the same pressure as Mclaren. You get Gasly on the Toro Rosso camp that gets total freedom to learn and grow, and then you get Honda's campside with Matsushita who will be the development platform that will give all the valuable neccesary information to Honda without moaning or b*tching.

I wouldn't be surprised to see Honda's development pace go off the charts next season and before midseason we're going to see great things, which are only more or less hampered by the drivers, but it's not like we're dealing with the absolute worst like Ericsson and Palmer.

It's funny that i merely weeks ago stated i cannot imagine RedBull not going to work with Honda, being both based merely miles away from eachother, and here we are having Toro Rosso - Honda, which essentially is RedBull light. Not only will Honda be able to punch in more millions into the project now that they no longer need to pay Alonso's paycheck, and deal with Mclaren's pressure, but they'll benefit from the already extremely healthy RedBull-Honda relationship [yes, its nothing new] and we'll see RedBull surely punch in some serious money too into the project. They're getting free engines, they'll get a free driver in the form of Matsushita for whom they didnt have to invest anything, and they'll have Gasly who they have invested in anyway who will cost them nothing but a 'basic salary', and then they still have Sainz in reserve working for them wherever he'll be stationed.

And then we have RedBull also getting more intel and work into the (renault) engine the past years after the 2014/2015 disappointment with Renault.
If there's a recipy for positivity, it's the RB-Honda combination,
and i'm 100% Sure we'll see a 2019 Red Bull Racing - Honda WDC and WCC competitor, no longer a 'customer' team but a works team.
Now they 'only' need to make sure they're able to keep Verstappen and/or Ricciardo, though i'm afraid chances are slim they'll keep the both of them by then as i'm doubtfull they'll have a winning car next season.
Verstappen is a bit annoyed because of the DNF's, but apart from that he's fine.
Ricciardo is the one who's starting to get impatient by slamming in stunning performances but not being able to battle for the win or WDC on merit.

It's funny that with the Mclaren-Honda split, the best cards now suddenly have shifted towards the RedBull camp, and Mclaren is virtually in no better position at all.

I bet Kyvat is retained with a rookie put in Sainz seat.
Honda!
Top

One plus with the Honda-TR merger, the TR is one stunning looking car.
Honda!
Top

Manoah2u wrote: ↑
Wed Sep 13, 2017 5:32 pm
There's no way Kvyat will stay either. Sainz going makes sense to place Gasly as one of the 'last' guys in the junior programme pipeline that would be only fair to atleast find him a seat in F1.
Outside of that, i'm rather confident Matsushita will get a raceseat @ Toro Rosso - Honda for 2018

Matsushita will not be able to get the super-license. Must finish in the top three on F2.
Now he has 115 points and is sixth in the championship.

(someone who replaces Kvyat? Kubica?) 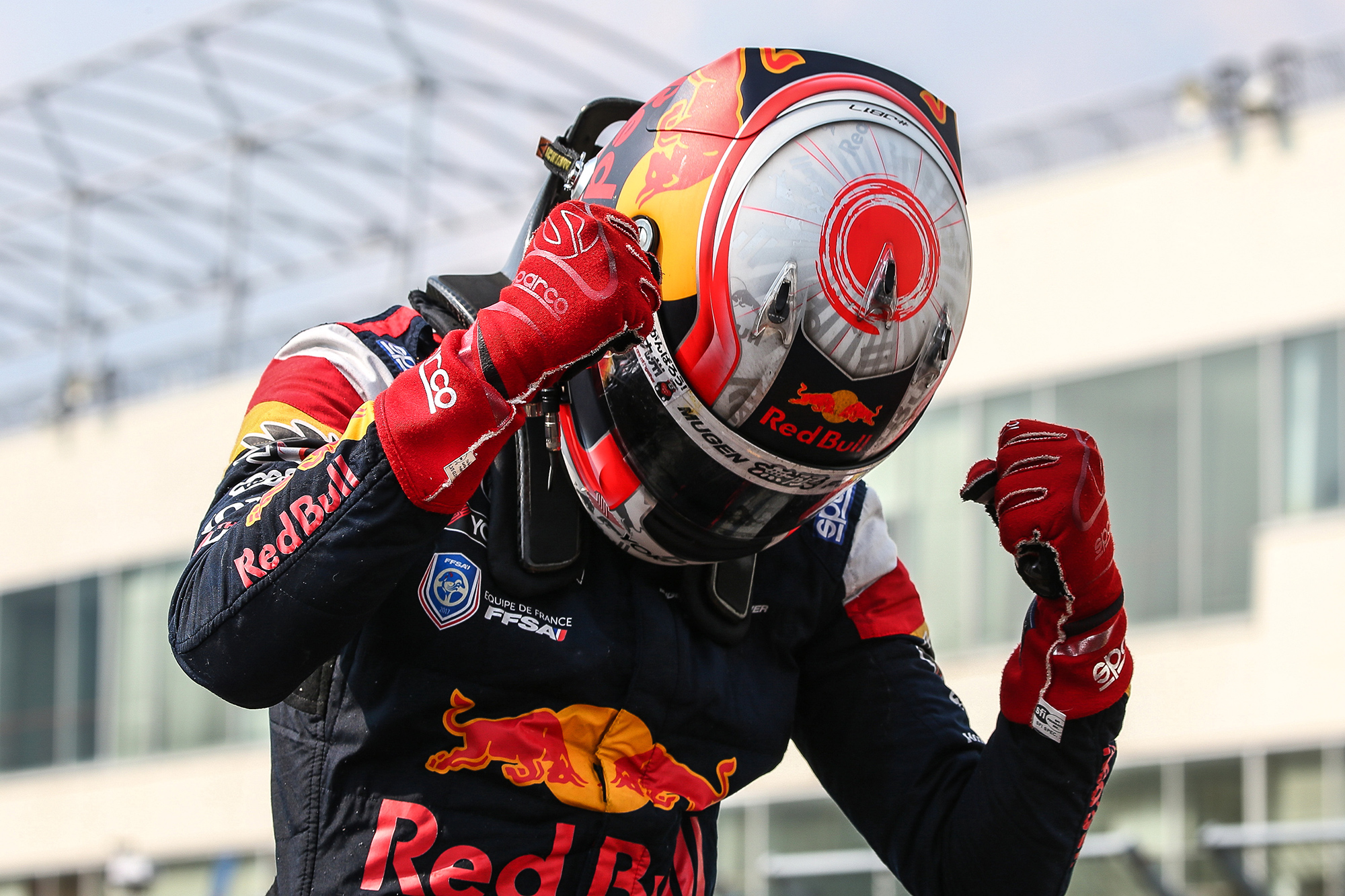 
good point, didn't know he couldn't get his superlicense.

Surely they wouldn't consider Kubica. No links plus he is a complete unknown! If they are to go for someone without a load of experience in the current cars then they might as well offer Buemi a rare second chance, at least he is known to them and has red bull history, so really Kvyat is probably the best bet to partner rookie Gasly
GoLandoGo
Lewis v2.0

does any body think its hard for Honda to be just engine supplier for a small team they debuted with ALO for 40m$ per year iam curious to know the contract and who will drive for 2018
para bellum.
Top

Do you think TR could test the Honda-PU at the Abu Dhabi test? Although I think they are running out of time and it's hardly possible in the given short period of time...
Top

The most probably pair will be Kvyat and Gasly. Lucky Kvyat because I tink he was done and if Sain´s departure becomes real he will have another chance.

About testing Honda PU it will depend when the deal with Renault ends.
Top

I am here just for warm up .