Breaking news, useful data or technical highlights or vehicles that are not meant to race. You can post commercial vehicle news or developments here.
Please post topics on racing variants in "other racing categories".
123 posts

This is one of the questions I did consider! The research I have done indicates that taxes in many countries are based on displacement rather than fuel mileage, as the dynos used today were not available when the legislation was written. From what I can ascertain, pushrods with larger displacements require more fuel to simply idle, but once on partial throttle, they can benefit from the broader torque curve and longer gearing by being under lighter loads which can mean better gas mileage. There has to be a break-even point where the amount of idling or very slow speed travel would hurt the additional displacement, but I don't believe I know what that point is or how to calculate it. It may also be a moot point considering start/stop systems and cylinder deactivation.

Furthermore, I think pushrods are not as popular in various non-V configurations (like inline engines) or forced induction engines (which reap greater benefits from more valves). I also think that in luxury cars, a DOHC setup creates smoother operations and its additional complexity can be something that a manufacturer sell as further proof of luxury, thus increasing the price.

Again, I'm happy to be corrected on any of these points (hence my user name), but the new C8R's dohc configuration has me scratching my head. I'm also trying to think big picture with my "unlimited class question.
Top

The point about taxation based on displacement is probably a good one - generally speaking a pushrod won't rev as high as an OHC engine. If you're limited, for taxation purposes in Europe anyway, to a small capacity engine, you're going to look at increasing engine revs in order to give the power required by the end user. So an OHC engine is preferable. Add multiple valves and adjustable valve timing and you can get a lot of performance from a small capacity engine. Back in the day, turbos were crude implementations so weren't favoured for non-sporty cars.

Today, of course, we use small capacity with light turbos and clever valve timing arrangements etc. to get flexible engines that give good mpg and decent power too when required.
Turbo says "Dumpster sounds so much more classy. It's the diamond of the cesspools." oh, and "The Dutch fans are drunk. Maybe"
Top

I google this every couple of weeks without success, but does anyone know the definite plans concerning the C8 release for continental europe?
Top

I don't know about Europe but according to my Chevy dealer all planned 2020 production has long been spoken for. I can only reserve a 2021.

I'm running into the same for buying a C8.

I planned on shaking 75k ish from my stock account (thank you AMD and Qualcomm!), to buy one, but now I'm thinking I'll just stay in until 2021.
Top

I planned on shaking 75k ish from my stock account (thank you AMD and Qualcomm!), to buy one, but now I'm thinking I'll just stay in until 2021.

USD or are you presuming about EUR price and availability in 2021?
Top

US availability. I was directly recommended to not buy the Gen1 C8 unless I was a collector. I got the impression that the Gen2 (2021) will be much more "massaged" and sorted than the one available now, especially after the race teams give feedback on competitive use.
Top

There is history of the first one out of the box being used to disclose flaws or changes that the buying public prefer. Not just in cars either it applies to almost everything.
To achieve anything, you must be prepared to dabble on the boundary of disaster.”
Sir Stirling Moss
Top

Well... at J1 the responsibility for the design is handed over from product to manufacturing. But there is a 90 day grace period in which the design is finalised and the sums are done. So the first 90 days of production often have expensive bridging parts in that were developed late in the piece to solve new issues, permanent fixes for which will be introduced at J1+90. Then the cost reduction teams swing into action.

So, in terms of content the first 3 months of production are probably better than later cars. However the plant will still be learning how to screw them together, so quality will probably improve as time moves on (until the cost reduction teams get to work).
Top

Jolle wrote: ↑
Tue Jul 23, 2019 10:12 pm
The main reasons manufacturers choose DOHC 4v over pushrod:
- efficiency: a the valve springs need to be a lot heavier on a pushrod because of the extra weight of the rods and the bigger valves
- 4 valves breath better at higher rpm, pushrod is restricted to 2 valves
- air flow is better because there is no rod in the way
- because valves and rods weight higher rpm is possible with a DOHC
- influence of thermal expansion is greater in pushrods then (D)OHC because of the expanding rods
- because of the lighter valves and the absence of rods more agressieve cam profiles are possible.

The hight compared to a pushrod is minimal, because the valves are smaller and you still need a rocker shaft where normally one of the camshafts sits. 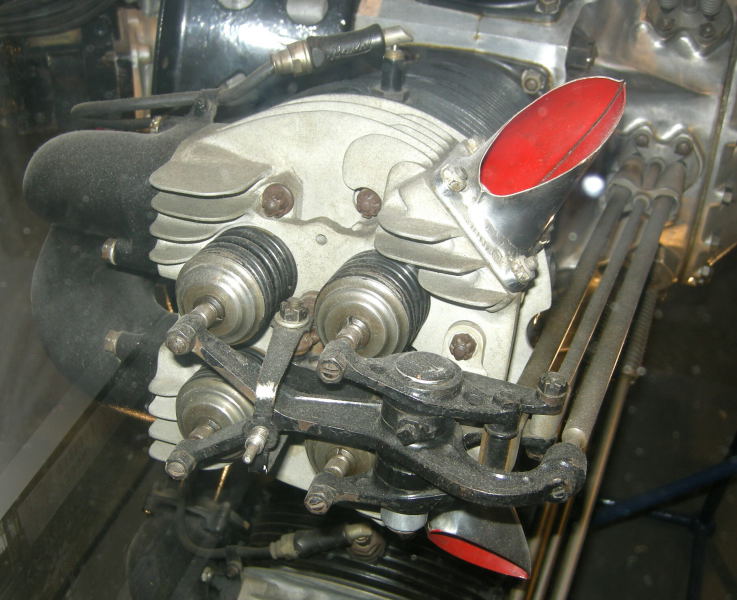 Honda did too, in their hi-tech showcase CX-Turbo of ~40 years ago: 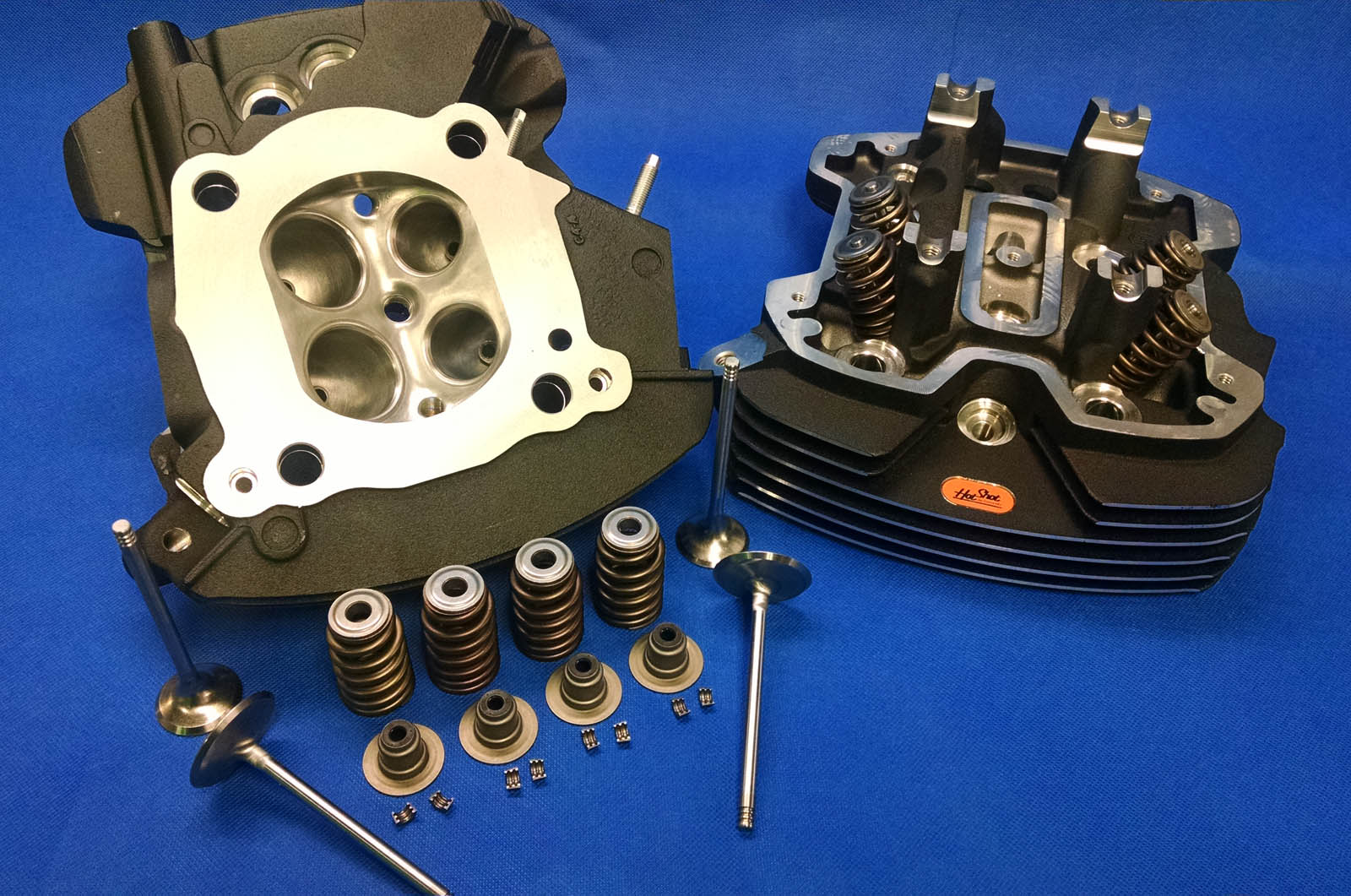 heretolearn wrote: ↑
Fri Oct 25, 2019 4:08 am
Long time lurker, first time poster. I enjoy reading these forums because I am far from being an engineer (so please go easy on me). I'd like to contribute an update and follow it with a couple questions. According to multiple articles, including the one here:
https://www.hagerty.com/articles-videos ... -plane-v-8
the racecar, which must be based on at least 300 produced street cars, will have a DOHC flatplane crank V8 of 5.5L capacity. Thus, unless there is some loophole or waiver, at least some of the new cars will have a similar powertrain. Exhaust scavenging has been commonly mentioned as a reason for the switch away from a pushrod unit. This brings me to my questions.

The benefits of the pushrod seem to be many ( 1) weight 2) low COG 3) low/midrange torque 4) efficiency 5) cost 6) durability). Why would GM move away from a technology in their race car and some of their street cars if it seems to have so many benefits? Is it a combination of the importance of exhaust scavenging combined with the 5.5L displacement limit? If so, then why couldn't GM seek a waiver to run more than 5.5L of displacement in the race car as other manufacturers have done?

My other question is far more open ended. If one were to create a modern "unlimited" series a-la Can Am, would pushrods be the motor of choice due to packaging and the fact that for every additional bit of displacement one adds to an OHC engine, the additional weight and COG would be negate the additional horsepower created via better breathing? For the moderators, I would be happy to take this topic to a different forum if it is required. Thank you in advance!

Great question, but the answer is probably a bit different than you would imagine.

Consider the car in question, and the primary market. The US has long been the country of "go on green" and a maker of cars larger and heavier than most cars in the European markets. Big, wide roads, plenty of high speed limits on highways, "luxury" cars what were huge, and even in performance cars people that like low revs to help with sound control and such.

One must consider the relationships between torque and horsepower in your question. Make most of your torque down low in the rev range, and you get off the line acceleration, lower throttle application to get the car moving, taller gear ratios to keep revs down, etc. Make that same amount of torque higher in the rev range and you get more horsepower. With the right adjustment of gear ratios and such, the vehicle still accelerates as quickly, but might be turning more revs to do the same thing.

Pushrod engines have limits on revs as compared to OHC engines, thus they are better suited to engines that turn less revs to make their power. OHC engines can rev higher, thus the engine can be made to ensure the peak torque is at higher revs. Torque at higher revs becomes more horsepower, and horsepower wins races. OHC has more options for variable valve timing and lift, which is a great addition regardless of where you want to make your torque and horsepower. But it has more parts, is more complex, etc.... so for production costs if you can make the car perform with simple yet larger engines it's often most cost effective.

In a racing application, the cost and complexity are essentially out the window in favor of power to weight ratio, overall efficiency in terms of BSFC, packaging into the car helping balance, etc.

And as much as some like to get into the "which cars are better" debate, data shows US made cars sell better in the US, European made cars sell better in Europe. No shocker there. But the auto manufacturer has to look at the big picture, and the big picture shows that if the US car sells so much better in the US that they don't worry about sales in Europe, than that is what they will do. There are very few vehicles that actually breach well into the "global" market as we think of it.

More Corvettes sell in the US than the combined total of the top 5 or so European built cars in a same category. The inverse also applies. A 911 probably sells more in Europe than the next 5 US competitors in the class.

I would personally guess that as much as people claim it isn't a factor, myopic nationalism is a huge factor. I would bet money if Porsche built the "better" C8, designed exclusively for the US market, it would still not sell well in the US. And the inverse as well.


So, that said, for the US market the Corvette has long been one of the top "bang for the buck" performance cars for quite some time now. And the fact that they can offer the C8 for as little as they do it amazing IMO, pushrod engines or not. The fact that they won't do much to appease the rest of the worlds markets is really no surprise to me. Even if they did, they sales elsewhere would be small.
Top

Is this required to homologate the C8.R?
Top