Post anything that doesn't belong in any other forum, including gaming and topics unrelated to motorsport. Site specific discussions should go in the site feedback forum.
253 posts

I think that was a large part of what my post was aiming at... science will be the thing to give the solution, technologies will come that adapt to the need and improve our lifes along with the planets longevity, politics, lack of education (religion) will be the things that stop this from happening.

Lets be smart about this
Top

As a friend of mine said the other day without thinking about it too much... Get rid of oil, do a global switch to electric power for everything and:

1- you get rid of pollution on cities wich cause a lot of health problems
2- reduce global pollution (if you don´t substitude petrol cars with coal plants obviously) and global warming
3- reduce the need to buy oil from arabic countries wich brings in unintended consequences
4- reduce the funding of terrorists, directly (oil wells that they control) and indirectly (countries funding terrorist wich fund theirselves with oil)


Only problem is it´s not that easy to get rid of oil dependency, but if we´re dreaming about posible solutions, I can´t find a better one
Top

and much of the world doesn't believe in the cause, and won't bind itself legally .....
eg because of recent increases in Arctic and rather generally in Antarctic ice
eg because of the desperate cheating done to show an increase in global temperature
(cheating by biased (over) counting of Arctic temperature rises)

if significant global warming does happen, there will be cooling in NW Europe eg UK, Germany etc
Top 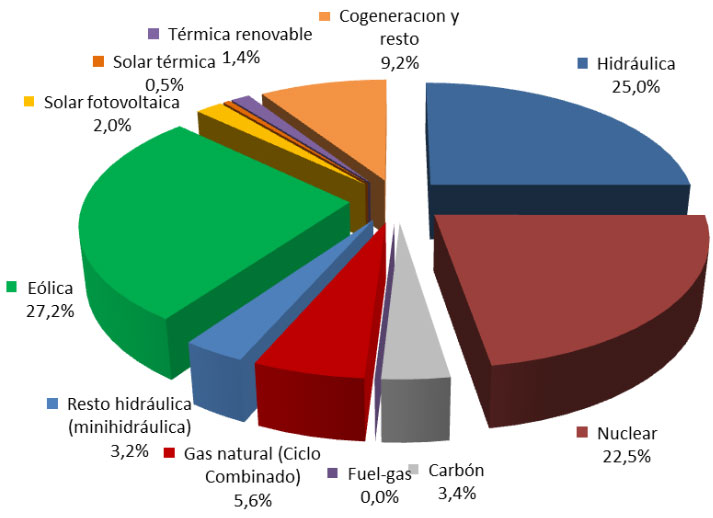 As a summary, in Spain renewables reached (feb14) 56.8%, and if we´re talking about decarbonised electricity, we should include nuclear, so it would be 79.3% of electricity generation

About total energy used, I don´t know the numbers, will search about it, but here it is very usual that houses use solar panels for hot water and heating. In public houses it´s mandatory, so I don´t think your numbers apply here either


Tommy Cookers wrote: ie we have come 2% of the way, we have just the remaining 98% to go

Maybe if you live in India where most electricity comes from coal plants and heating is done with polluting methods, but not globaly.


Tommy Cookers wrote:and much of the world doesn't believe in the cause, and won't bind itself legally .....

A lot of people don´t believe on being honest, but that´s not an excuse to me to not be honest. It is for you?


Tommy Cookers wrote:eg because of the desperate cheating done to show an increase in global temperature
(cheating by biased (over) counting of Arctic temperature rises) 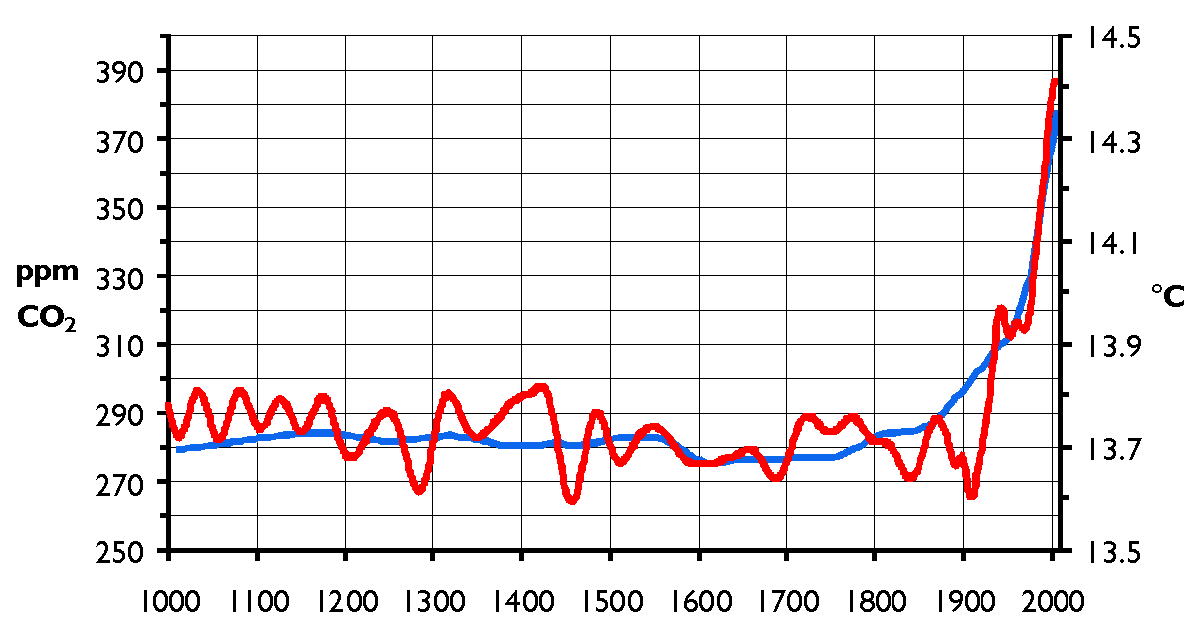 How much oil is used for energy vs used for actually making stuff?
Like plastics, tires etc?
"If the only thing keeping a person decent is the expectation of divine reward, then brother that person is a piece of sh*t"
Top

last night on our BBC TV there was some election coverage including the brother of the new leader of our no 2 political party
this brother is Piers Corbyn, a scientist with a weather forecasting business

btw our BBC is today trying to imply that no irrigation scheme has ever run short of water (pumped from underground) ....
so that if/when it does this proves we have climate change
(though they admitted that eg a Spanish orange needs 25 litres of water)
Top

Hahahahaha so Corbyns brother has a weather reporting business, hahaha does his sister predict the future.

If you believe Marxist traitors like Corbyn and government mouth pieces like the BBC you have little credibility.
Top

the BBC has now admitted having a 100% (pro) global warming bias and censorship policy, in the context of a marginal relaxation
eg recent floods in Cumbria are not 100% attributed to GW (handy, as there was a worse flood there in 1853)

the UK is any day about to engage into operation a large hitherto covert programme of standby diesel generation (STOR)
so-called 'diesel farms'
hugely subsidised of course eg 23% annual returns, even for doing nothing
standing by for eg those windless days
8 GW by 2020
these diesels are at least 10 times dirtier than Euro 6 (though they will run more hours/year than maybe 5 million cars do)

amazingly, public bodies like hospitals, military and police are rushing to get subsidies for their (autonomous) generation
and lease 'their' sites to other participants
Top

Tommy Cookers wrote:he said that the oceans contain 50x as much CO2 as the atmosphere

But it has no effect on atmosphere, so it actually is irrelevant

Or maybe it causes some warming, wich also causes a further increase in CO2 due to the temperature rise of the oceans. How can he know if this is the case or not? He can´t.

I´d like to know what does he think about the graph I linked some posts above, showing how industrial revolution had a deep impact on atmospheric CO2


Tommy Cookers wrote:he also said that the surface temperature dataset has been manipulated (unlike the atmospheric temperature dataset)
(otherwise the Paris conference wouldn't have even a hint of record global temperature since 1998 or earlier)
and showed that the issued 'climate models' all predicted a steady temperature rise for the last 20 years but there has been none

The University Corporation of Atmospheric Research and the National Oceanic and Atmospheric Administration both disagree
https://www2.ucar.edu/climate/faq/how-m ... -100-years

If that´d be the case, the authors of that 3% must have the best marketing group on planet earth

Tommy Cookers wrote:btw our BBC is today trying to imply that no irrigation scheme has ever run short of water (pumped from underground) ....
so that if/when it does this proves we have climate change
(though they admitted that eg a Spanish orange needs 25 litres of water)

I must have missed the relevance of this, because I see none

Mr Corbyn seems to focus on some data, while ignoring some other wich is as relevant as the rest. Not sure about his credibility, but he´s been politician, and owns a weather forecast business as you pointed. Maybe not the most objective scientific out there, or at least that´s my feeling after watching how his theories contradict some corporations whose only purpose is the study of climate, oceans and weather (NOAA, UCAR, Institution of Oceanography...)
Top

the Paris CC summit came and went 1 week ago, with remarkably little impact
Presidents etc showed their faces, trumpeting a victory while actually running away from the situation

in 2014 the IGCC predicted 3-5 deg C warming (by 2100)
now in 2015 they tell the world that 2 deg C is the figure, but we really should work for 1.5 deg
this sounds to me like politics
2 deg is the sort of figure that has been suggested as a net beneficiary eg particularly to food production

nothing from the summit is binding
and nothing is new, except maybe eg India's agressive defence of its programme of a 200% increase in coal production

btw .....
this week the UK closed its last proper coal mine, leaving hundreds of million of tons unmined
and closed as successful but complete a small biobutanol programme

we are now told that China's 1.2 billion population now emits the same CO2 per head as does eg Europe

The target from the summit is BS - we do not control the temperature, so it shouldn't be a target. We control the emmisions, so the target should have been extruded from them, but nobody would agree to a limit - because it would cost lots of money.

That was just an extremely expensive dog and pony show with a huge back door when we exceed the 2° target, nothing else.

P.S: What's the baseline? When will everyone agree that we've exceeded 2°?

“Strange women lying in ponds distributing swords is no basis for a system of government. Supreme executive power derives from a mandate from the masses, not from some farcical aquatic ceremony!” Monty Python and the Holy Grail
Top

The baseline, IMHO, is we humans continue prioritizing economics over the planet we live on

There´s a saying in Spain for greedy people who is so obsessed increasing his fortune they continue woring 24/7 despite they could be retired enjoying a luxury life wich says "he´ll be the richest in cementery".

It could be applied for the whole humankind, and if we continue conceding more relevance to economics than sustainability, it will be applied in some time.

The sad part is we will never pay the bill of our excesses, but our grandsons will. We humans are this responsible

btw - a few developments that have caught my attention recently ......

talking of experts .....
a Reading Uni expert has shown Grenfell (fire disaster) metal panels to catalyse water into hydrogen and oxygen at only 300 C
so accounting for the rapid spread and intensification of the fire
Top

The source of the electricity needed to charge these batteries is not at this time directly relevant.

.
Really??? Even if it's from a coal fired source??
To achieve anything, you must be prepared to dabble on the boundary of disaster.”
Sir Stirling Moss
Top
253 posts