CFD tests with the same ride height as MVRC (45mm more or less), but the car is designed around the 75m figure. Being a roadcar, i imagined it could lift a little (let's say up to 125mm) for the bumpiest roads and steepest ramps.

75mm will be good also to reduce the height sensitivity
Matteo
https://www.CAEdevice.net
Top

It’s a cool looking car... for me I would add wing mirrors... cars without wing mirrors look like hot wheels toys to me!

Question; how realistic is the “foot box” area of the safety cell? This seems to be the difference between what is possible in a road-going HyperCar compared to an LMP1 style car where the driver is pretty close to centrally located....

Here is the foot box area of the F50.... you can see there’s not much room for internal flow from a front wing/diffuser;

The footbox template is quite small: 750mm total (the red thing). Which, however, is still much larger than an F1 footbox for 2 people (36% larger).

Luckily, my design allows for much more additional lateral space, as you can see. 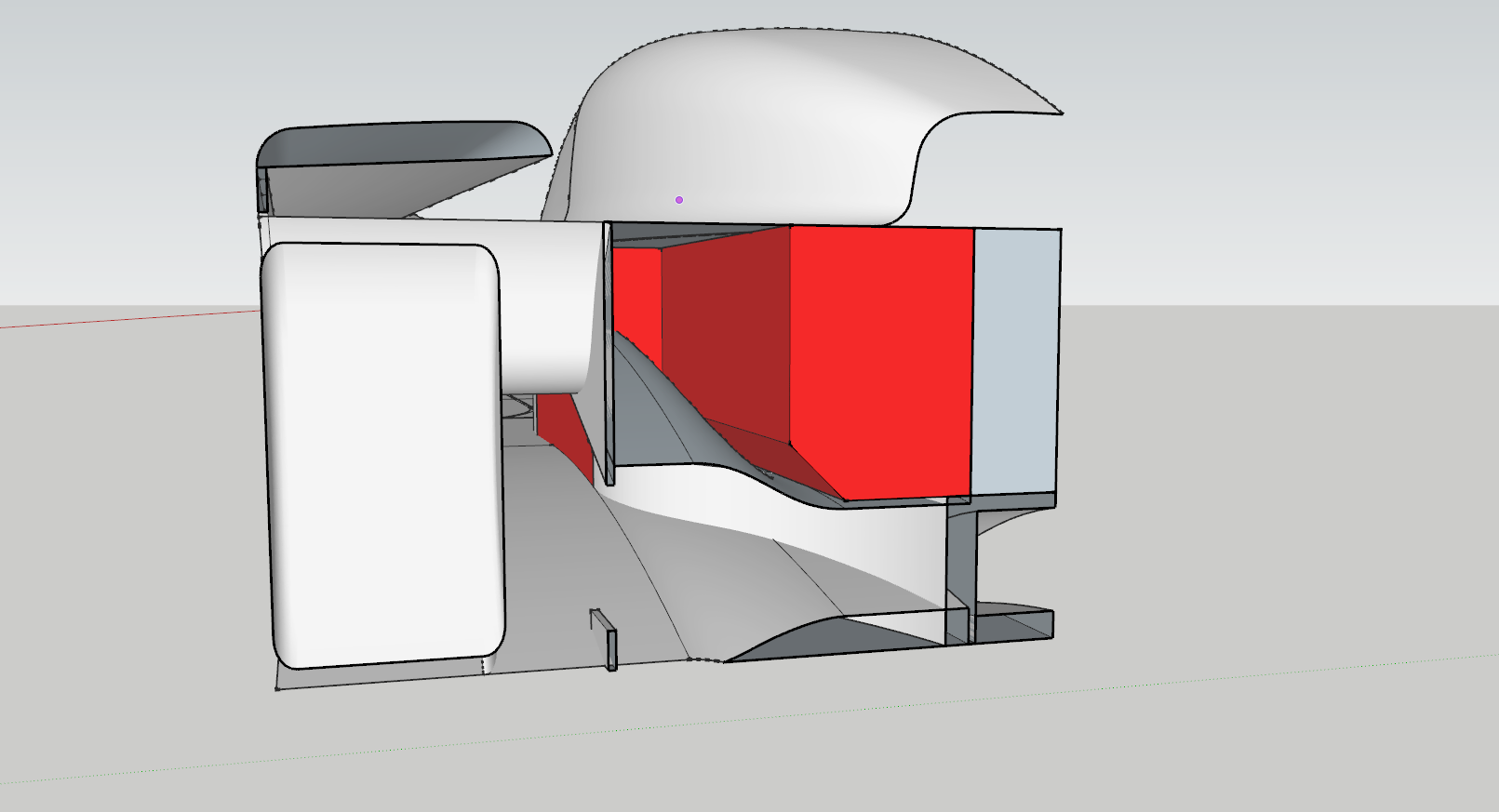 Another difference compared to the car in your pic is also how high and how forward the footbox is positioned.
I took advantage of 3m wheelbase, shifting the cockpit 250mm rearwards compared to MVRC (totally doable; in line with other supercars).

I'm not saying that it is roomier than a Rolls Royce, buuut... 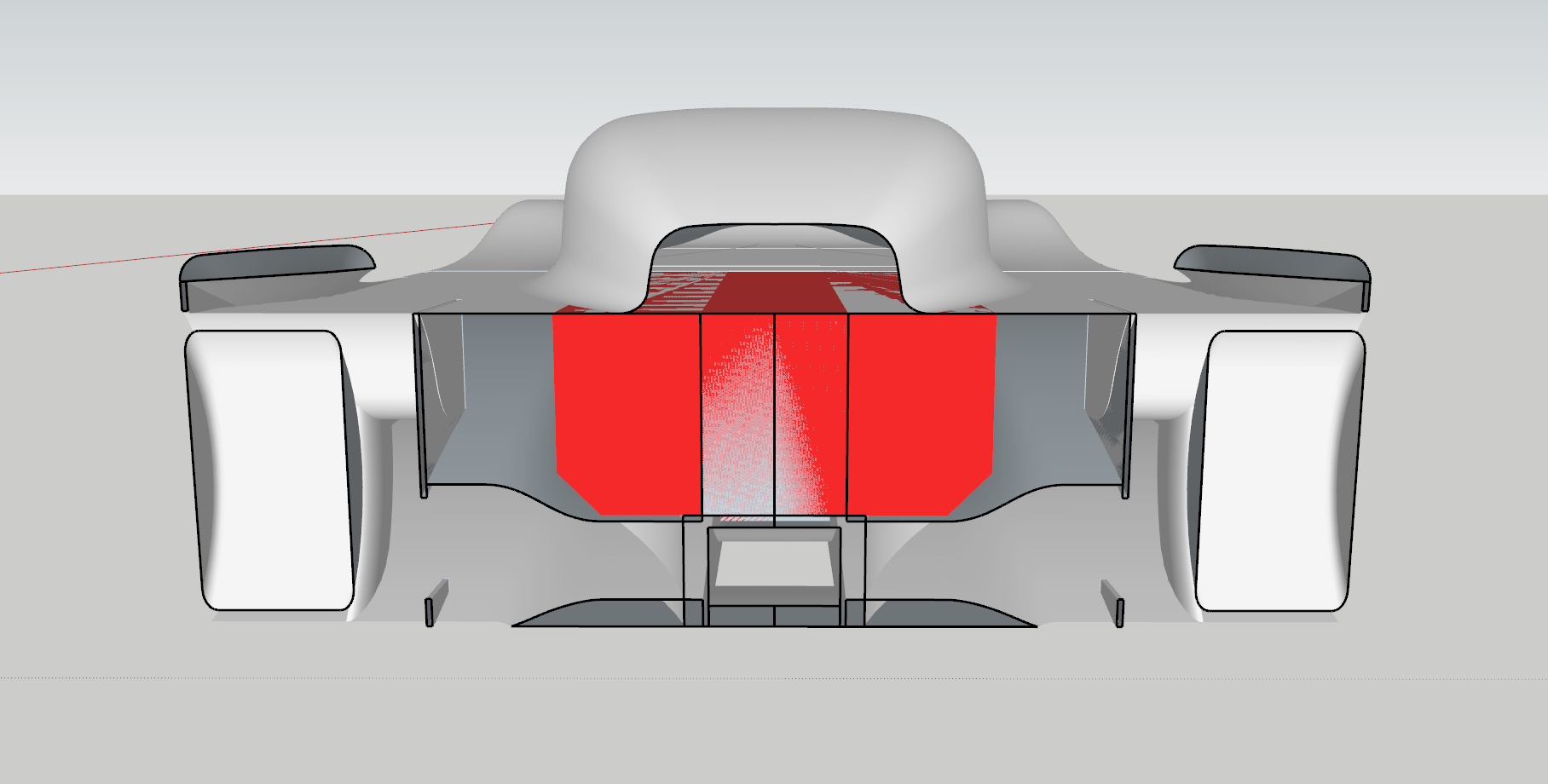 Yes, I guess the F50 is a mere “supercar”, whereas yours is a hypercar like Adrian Newey’s Aston Valkyrie. 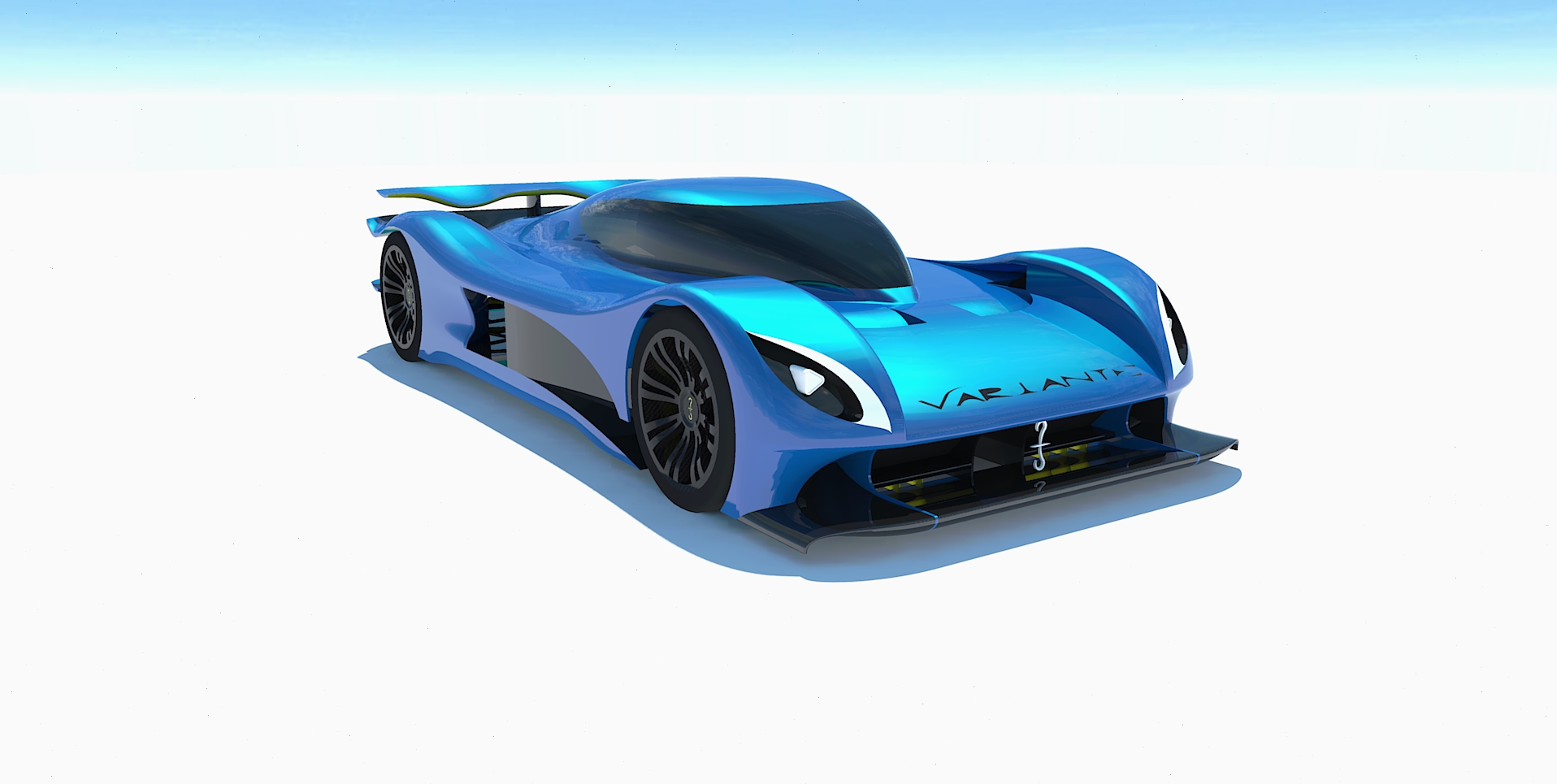 Time for an update on the hypercar derived from the car that won the MVRC aerodynamics competition.

There have been a few changes here and there, some practical and some aesthetical. Most noticeably, a movable rear wing which can retract flush with the bodywork.

With the rear wing fully extended, downforce level reaches 4.5m² (drag 0.9m²).
These figures are pretty impressive already for a road car but, since it is very underdeveloped, i trust in much higher numbers.

Here a comparison between the father and the son:

What do you think about it? is it getting better?

Finally, the most important comparison...next to a couple of hot hatchbacks: 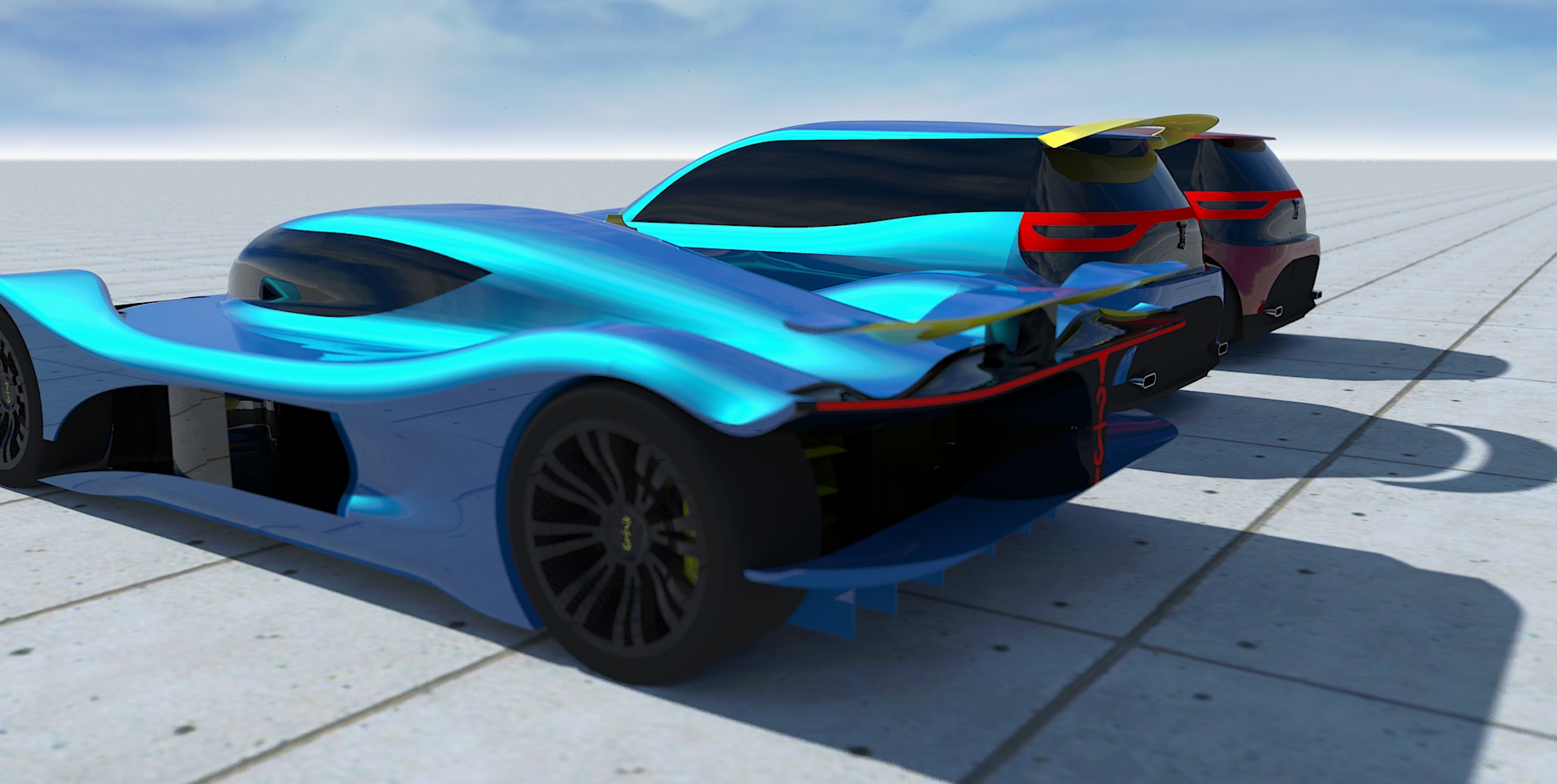 It looks good. Perhaps consider: more rake on the side glass, and an open cockpit version.
Top

I agree on the side glass. The open cockpit might be cool too! ..but that might compromise the aerodynamics, and i would have to model the interior, which is a massive task.
MVRC Aerodynamics and Car Development
Top

For aero and design, I suggest a more sculpted rear diffuser.
http://www.MantiumCAE.com
Top

As the front vortex generators are quite a strong visual aspect of the race car, how about adding them to the road car somehow? Would be a nice tie in with your Grand Prix car too for extra “sales”.

machin wrote: ↑
Tue Aug 27, 2019 8:05 pm
As the front vortex generators are quite a strong visual aspect of the race car, how about adding them to the road car somehow? Would be a nice tie in with your Grand Prix car too for extra “sales”.

First I thought that would be an obvious addition, but I have a feeling it might be too detrimental for pedestrian protection. I think a softer front fits the car better anyway. If he goes for a McLaren style but simple he could have a super nice car and it is actually pretty close already. Maybe with a more sculpted diffuser he could add another red bar light to it. That would be today's style and on this car it would actually fit well.
http://www.MantiumCAE.com
Top

Yeah, I also think pedestrians should have the last word about those VGs...
The problem is that i can't really find any regulation about it. For instance, the only reason why i have such a long front splitter is because the street legal Koenigsegg Jesko seems to have no problem with it.

Next step will surely be a better diffuser, and not only for aesthetic reasons...
MVRC Aerodynamics and Car Development
Top

Looking good. Looks a bit like the Valkyrie. However, I think it could be more exciting! Lot of straight/flat edges/faces, you used much more creativity in your race cars! I think it needs a bit more of your aero touch! But it looks good.

Well, i confess i quite like my car...it fits my taste pretty well (who would have ever guessed huh). I prefer smoother designs, with few yet harmonic details; a game of proportions and reflections rather than a baroque triumph of lines.
But, yeah, some parts will get more "lively". I'm thinking about the front bumper (a bit more curvy, maybe a couple of accent lines) and front wheels fenders (more curvy and aggressive). Probably new rims too. I also wanted to introduce an airscoop...i'll copy the Pagani one (roadster version)

I've just realized i didn't update this thread with the MVRC 2019 car. With a few weeks to go before the 2020 season, it might be the last chance to so. It's also a good chance to show the car to the new competitors, for some inspiration, maybe. 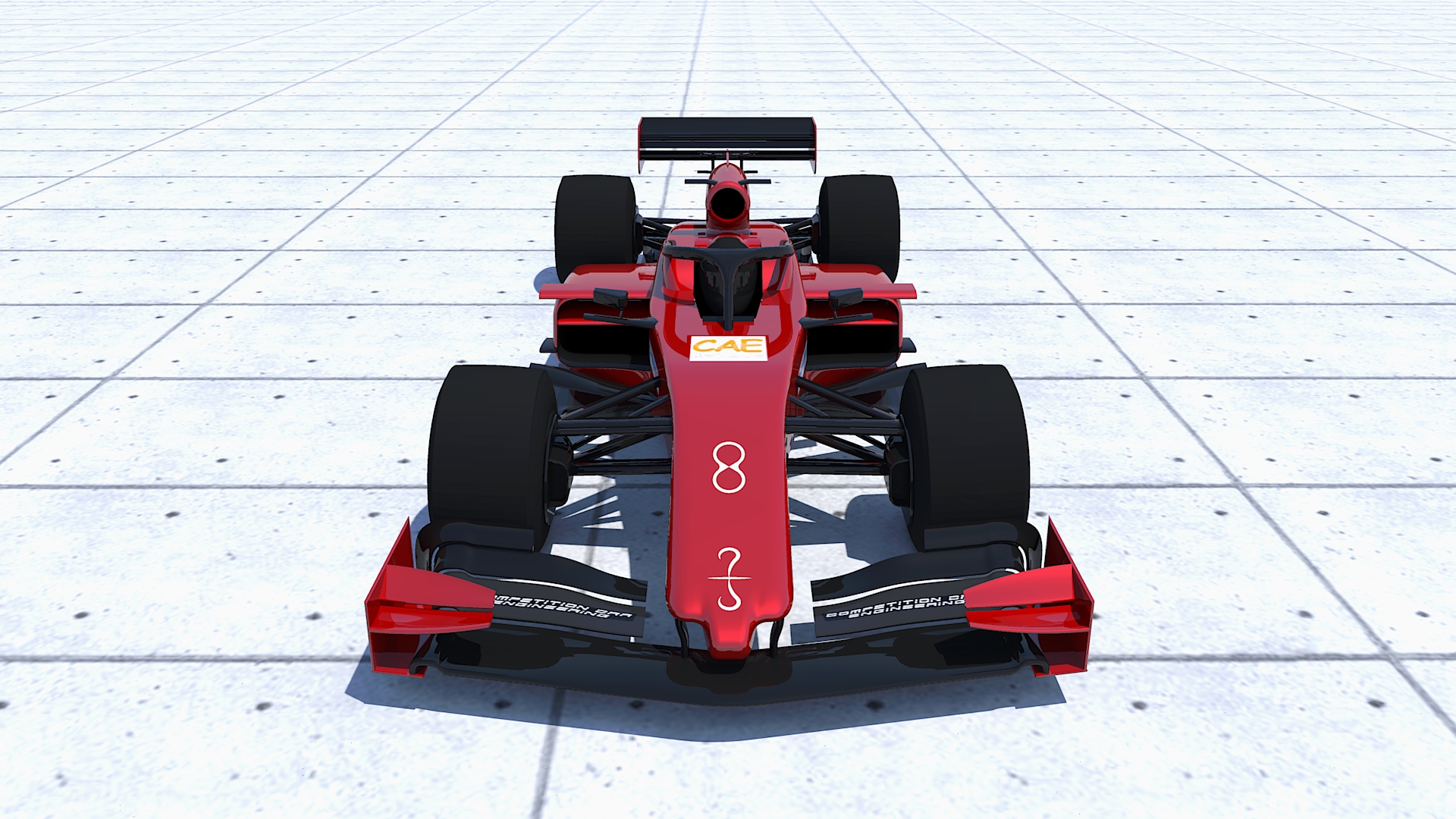 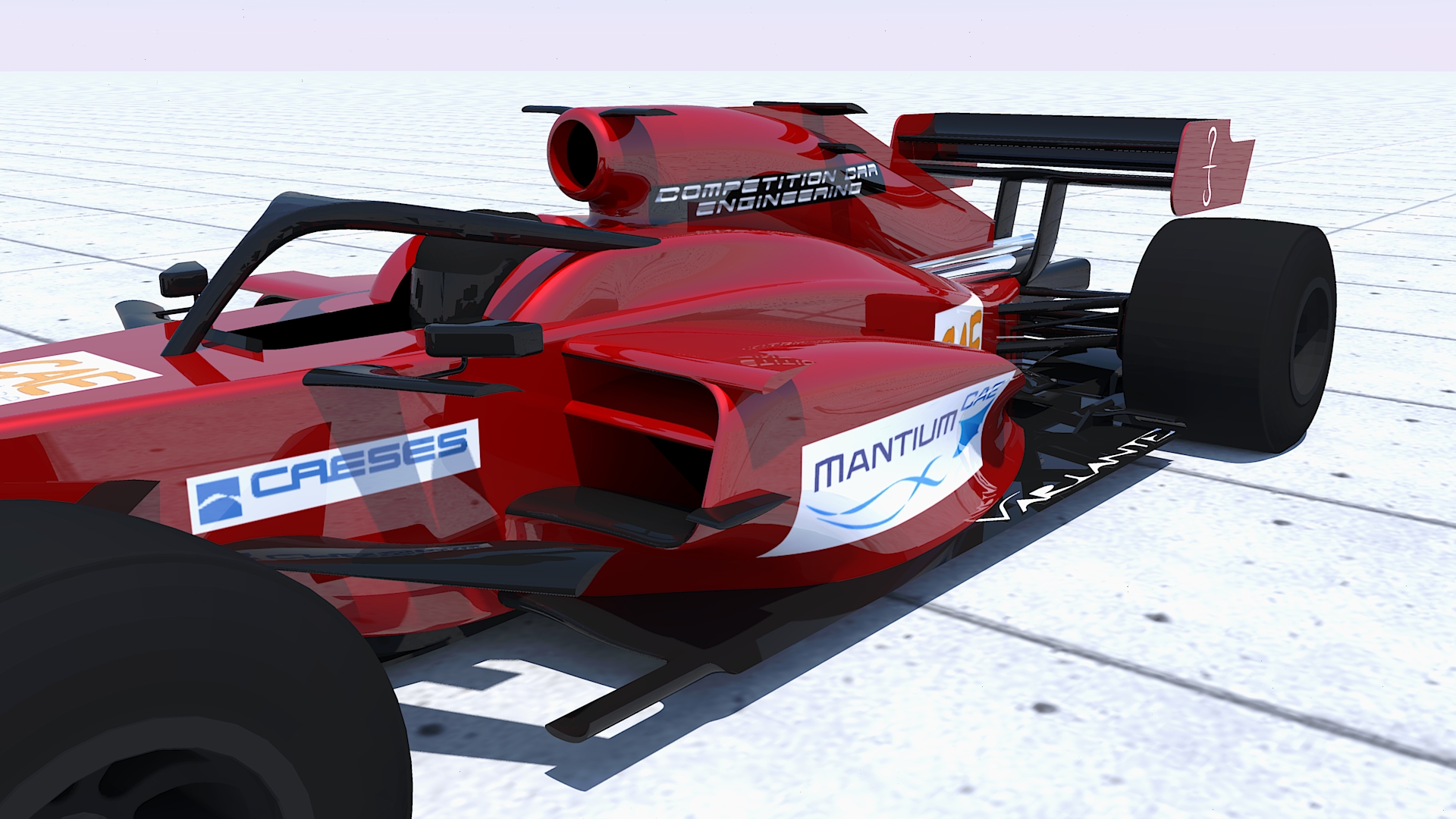 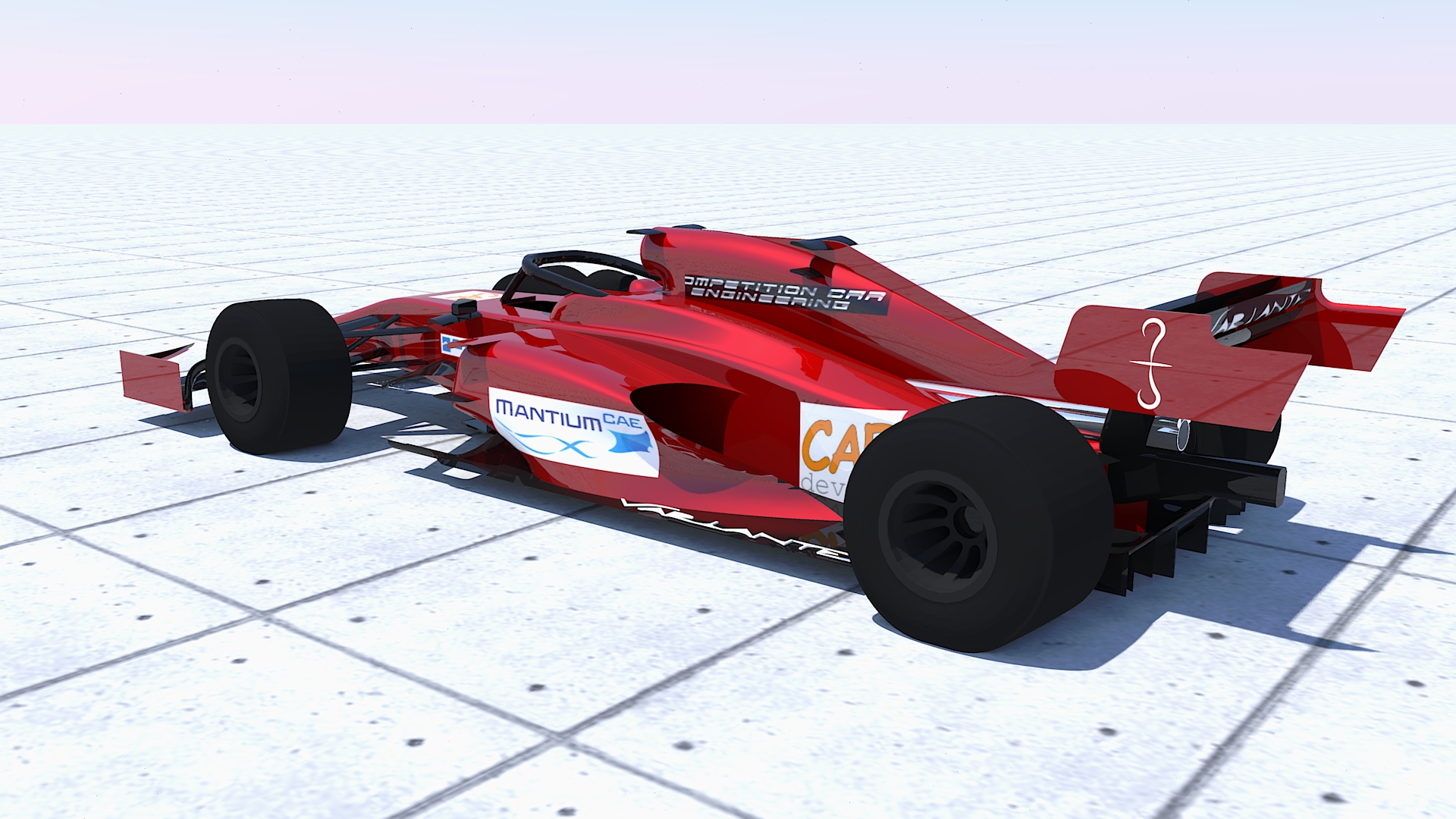 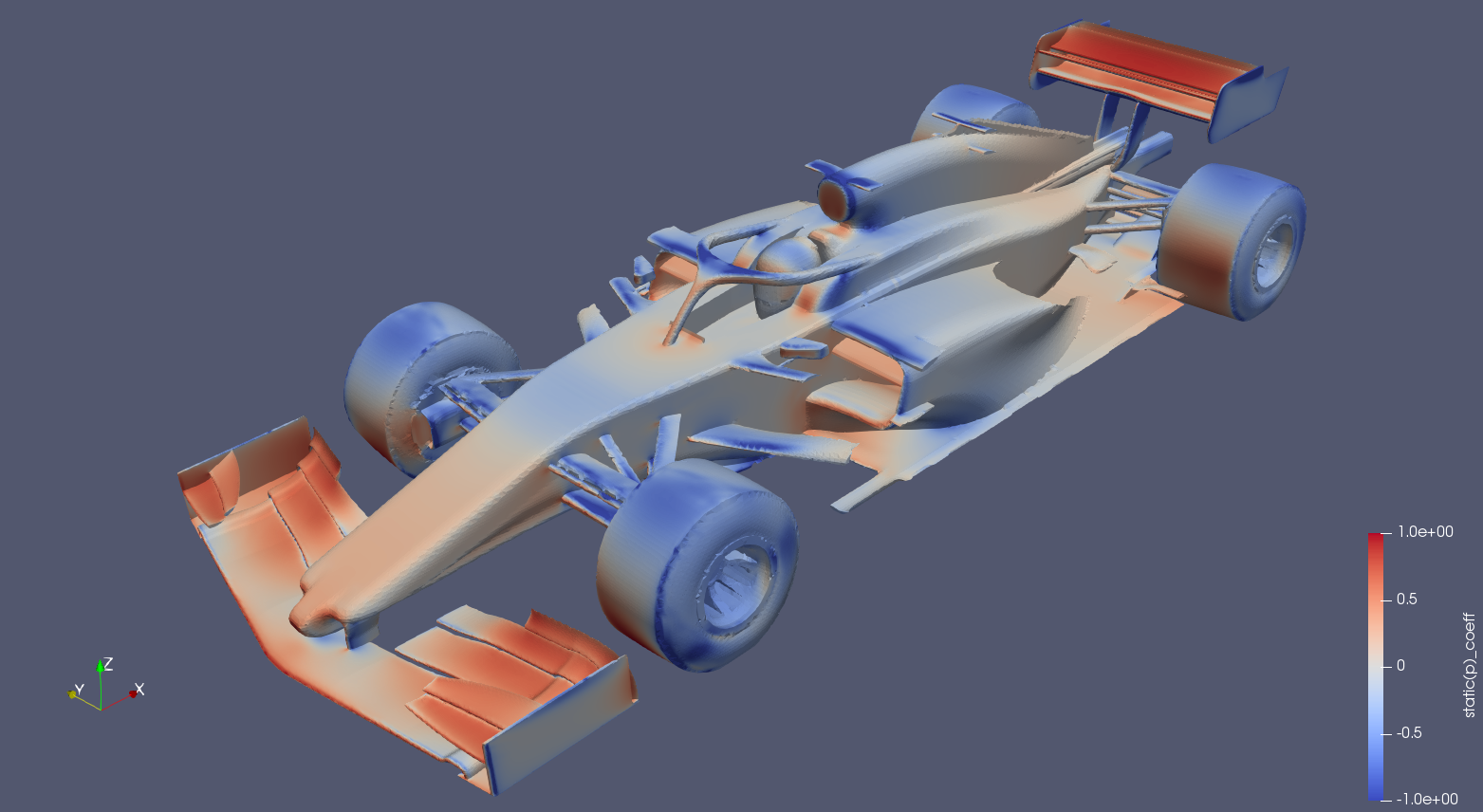 With one race victory and a 3rd place overall, it didn't perform too bad, but a stupid meshing issue in the first race took an easy 2nd place away from it.
MVRC Aerodynamics and Car Development
Top

Here’s the new racer for the 2020 Mantium Challenge.

I’ve never approached the first race with a more developed car. Hopefully, I’ll be able to reach the last race without the massive updates I’m usually forced to release to stay competitive.

The first track of the Season is Monaco. Quite atypical and not particularly suited for this car, so I'm not particularly confident about this race. But I’m expecting stronger performances as the season progresses.

The concept revolves around enhancing the downwash of clean air towards the Rear Wing and towards the Diffuser. This meant dealing with the radiator exhaust, which is now expelled outwards and on the Rear Wheels.
In general, nearly every inch of the car has been redesigned and improved, but fine tuning is still out of sight, which is where I’ll probably focus my efforts in the next months.

What do you think? Let me know if something doesn't look quite right! 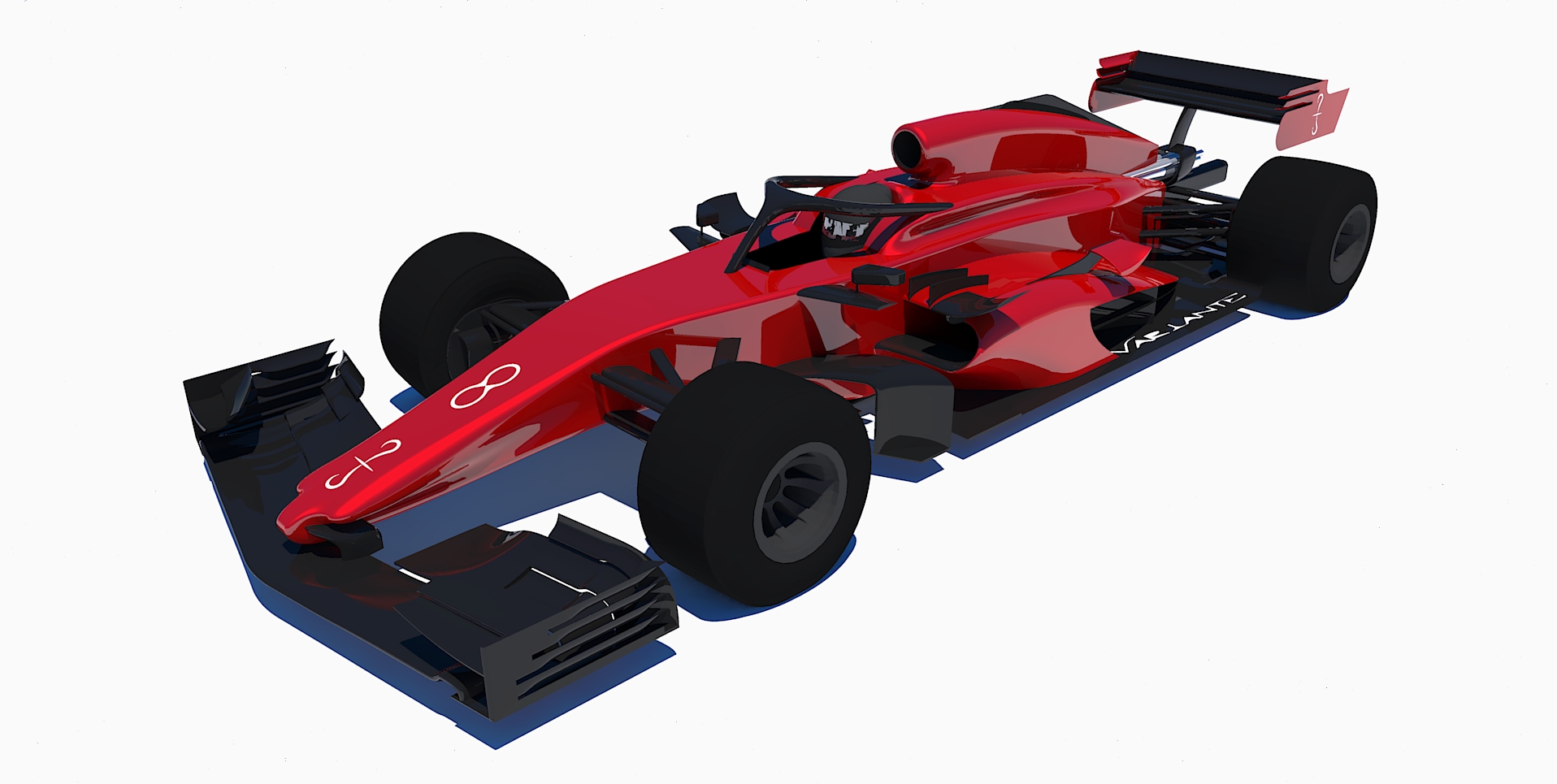 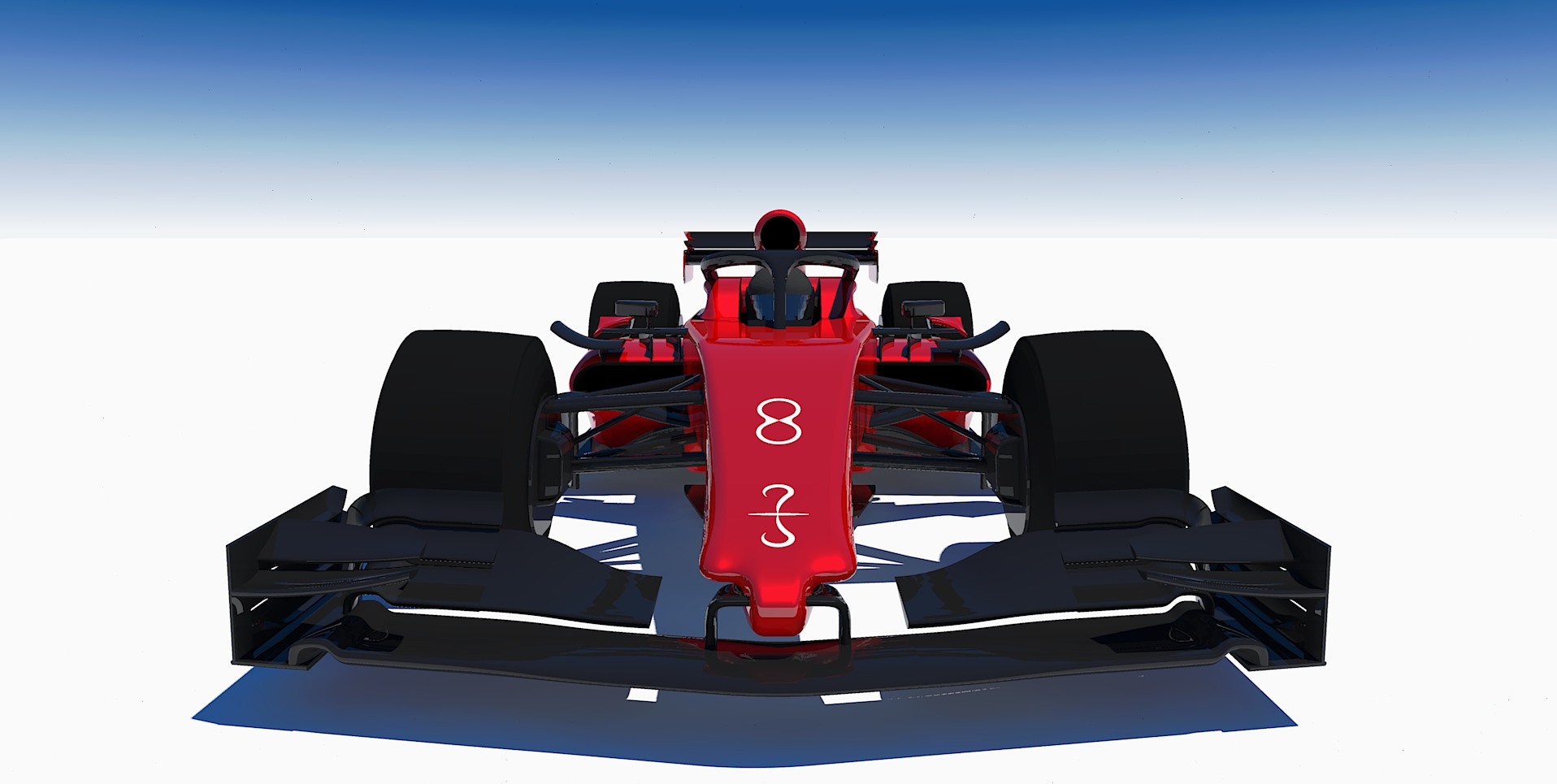 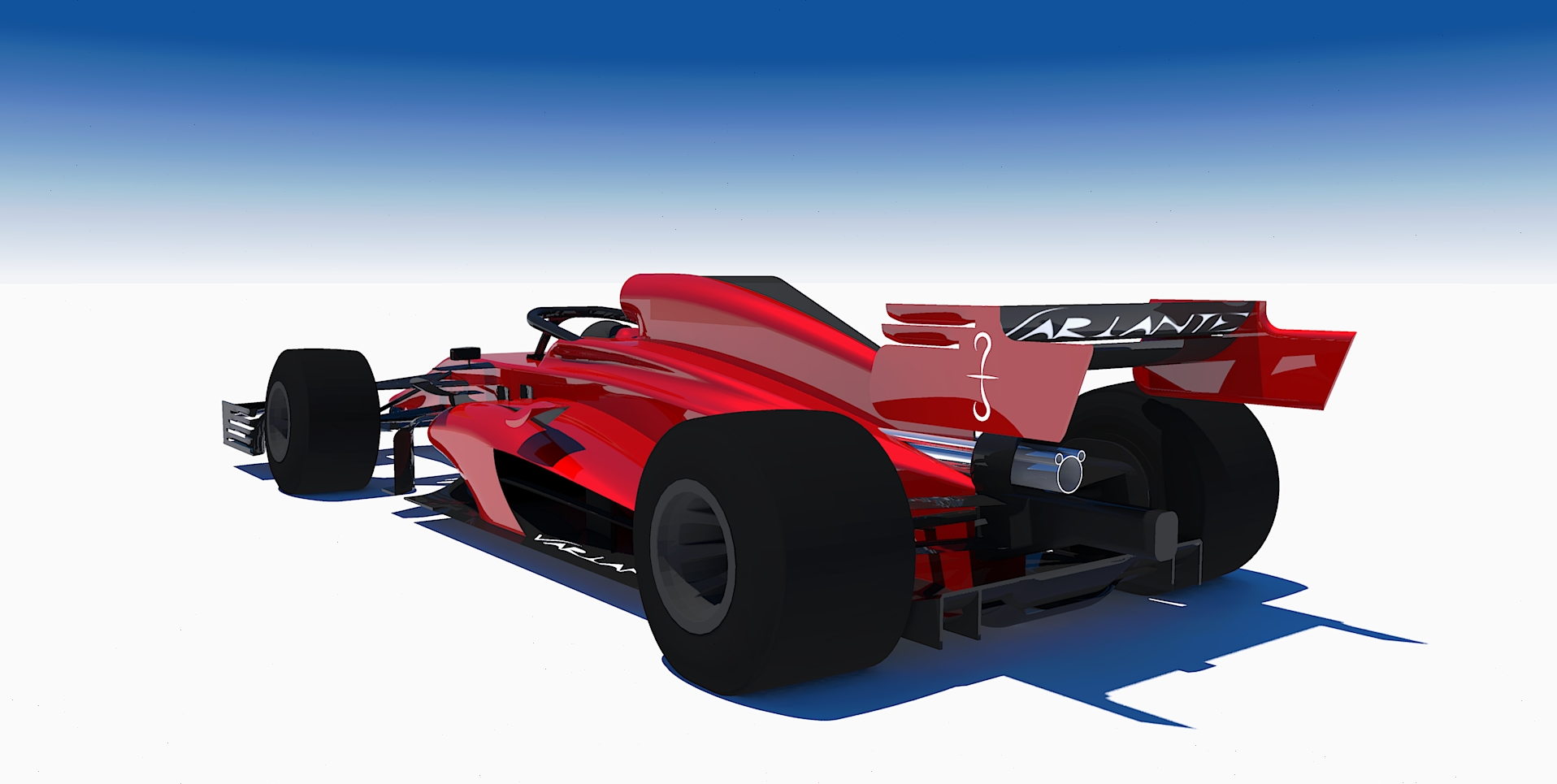 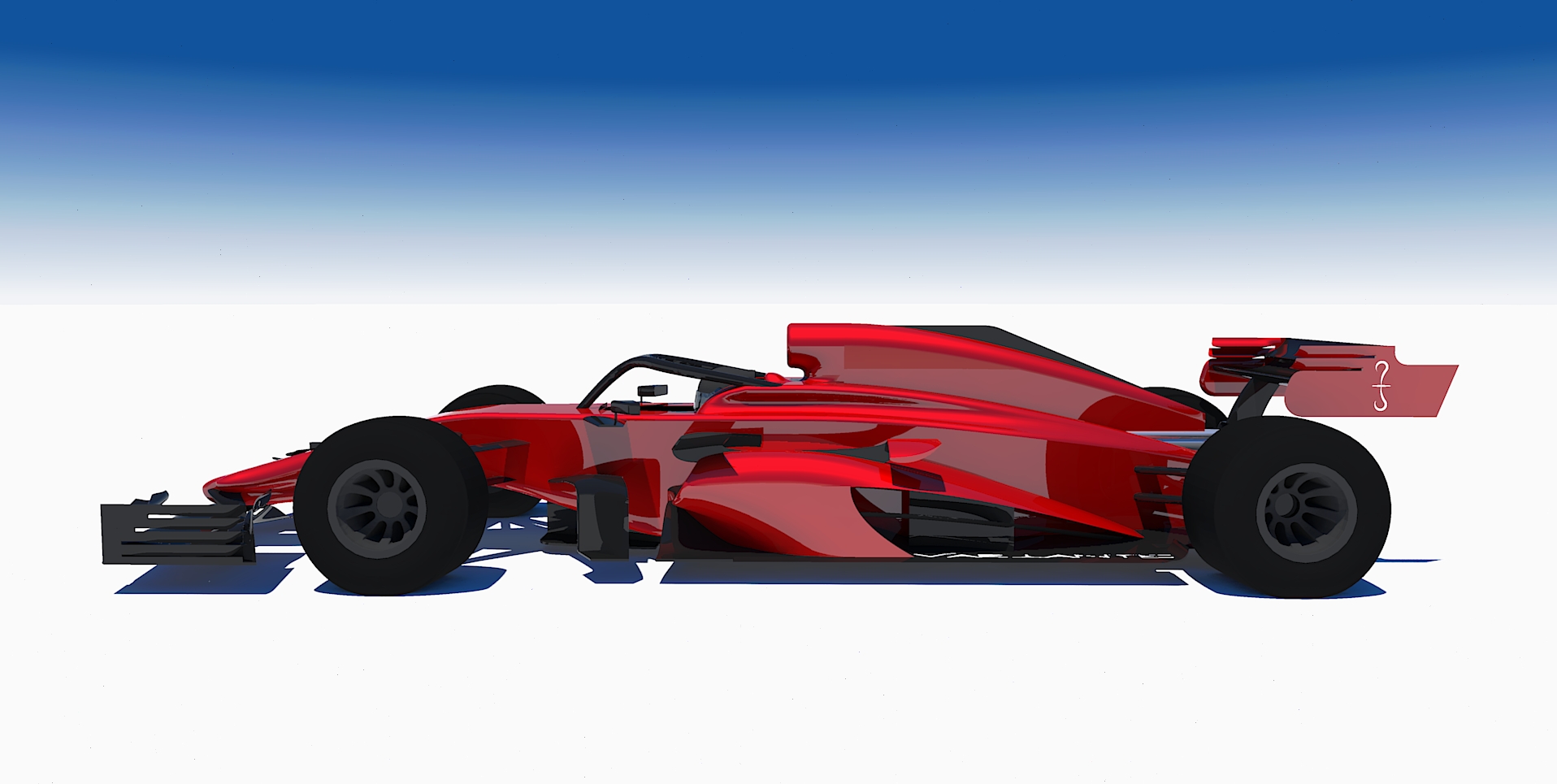 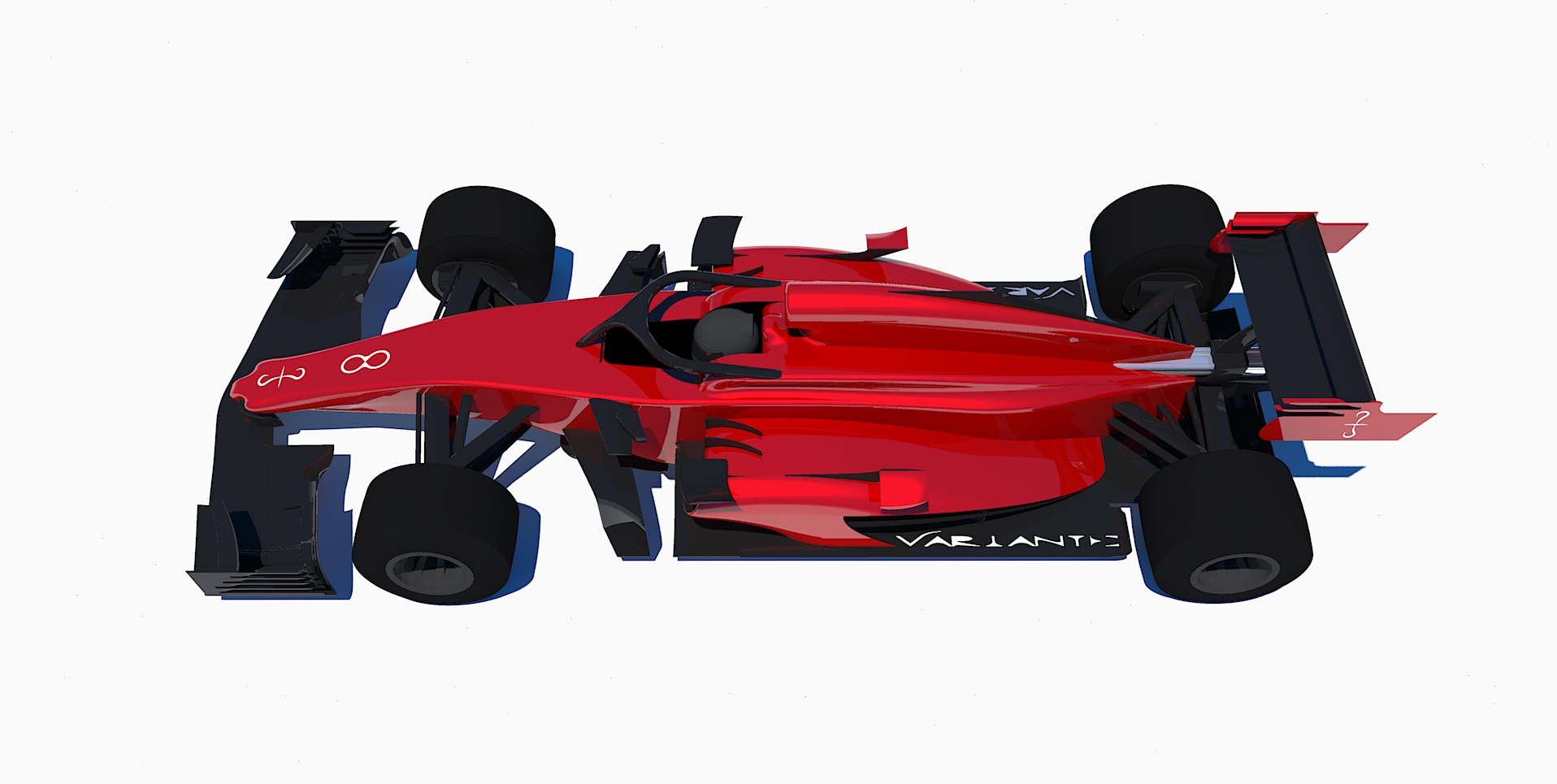 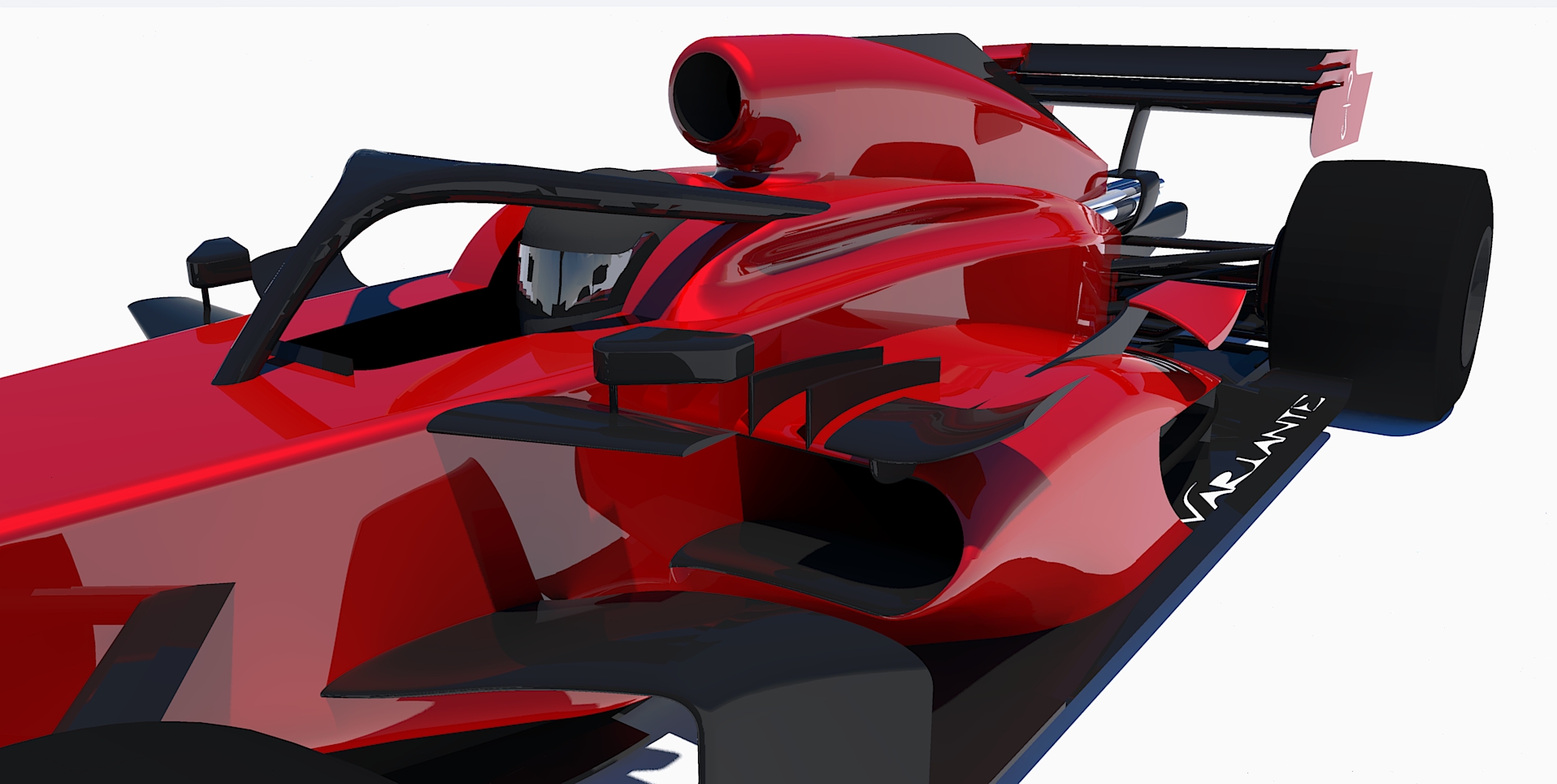