Manoah2u wrote: ↑
Sun Jan 27, 2019 11:13 am
Perhaps they finally get to the point where they can start seeing that they themselves are to blame, instead of pointing elsewhere.

I don't like Williams, but that's a bit disingenuous. Williams haven't blamed anyone and been quiet to the point that some argued they were too passive about their situation.
Top

perhaps you should start reading into what paddy lowe recently mentioned.
"Explain the ending to F1 in football terms"
"Hamilton was beating Verstappen 7-0, then the ref decided F%$& rules, next goal wins
while also sending off 4 Hamilton players to make it more interesting"
Top

Quote it, will you?
Top

Lowe told Motorsport.com that Williams needed to "get out of this mindset that there are just two or three things to fix and than everything will be OK, and we'll be winning races. It is a mindset that I think has been in Williams for a very long time. The mindset we need is to say, 'Everything is available to be challenged and everything has to be done better every year', otherwise you're being left behind by a very strong set of competitors. You can't stand still in any area and this is a mentality that we need to adopt and we are adopting. That was not present before. Even I fell into that trap as a new fresh set of eyes to the team."

I don’t see any evidence of WR not taking responsibility for their failings. Tbh I see far more acceptance of fault there than at McLaren until very recently.

My understanding of the STR Randstad deal is that it is Randstad Italy. Williams’ former deal was with Randstad UK. Different deals. The fact that Williams has signed a driver - Russell - who comes with no financial support or incentives for the first time in a decade does not speak to me of a team in financial difficulties. They broke even last year and had made a profit in 2014-17, and have been stable since they floated on the stock exchange back in the late 90s. For all the stick Claire gets, she can run a team so it lives with its means, unlike, say, Force India.
Top

No. I try to avoid a misunderstanding by asking you to provide a quote, rather than speculating what you mean.
Top 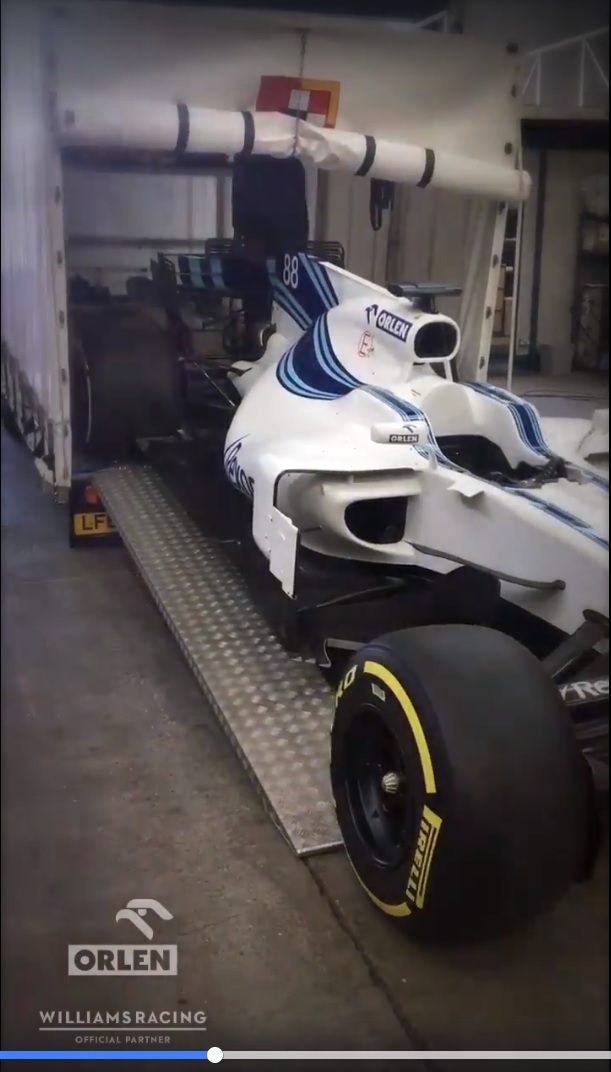 Williams Racing is pleased to announce James Harvest Sportswear as an Official Supplier, bringing style and leisure fashion to the Formula One paddock for the 2019 season.

James Harvest Sportswear prides itself on design and high quality to produce garments both functional and fashionable. As the team’s official travel clothing supplier, the sportswear company will provide apparel to all Williams staff attending Grands Prix.

Deputy Team Principal Claire Williams said: ”We are pleased to welcome James Harvest Sportswear to Williams. Throughout the year, our race team put their clothing through a lot of stress travelling around the world to each Grand Prix. It is important for us to partner with a supplier that stands for quality and style; and James Harvest Sportswear certainly meets these criteria.”

CEO of Texet Benelux Tom Van Heffen said: “Motorsport has been a part of the James Harvest Sportswear’s DNA for many years and the opportunity of working with one of the giants of Formula One is a dream come true.”

https://twitter.com/WilliamsRacing/stat ... 0317064193
"A fool thinks himself to be wise, but a wise man knows himself to be a fool."~William Shakespeare
Top

Looks like a 19 spec FW (could be the one they tested with).
Top

They are also announcing a new title sponsor
Top

Isnt Orlen going to be the main sponsor?
If i would get the money to start my own F1 team, i would revive Arrows
Top