Getting downforce through the rear wing endplate Tue Feb 19, 2019

Hasnt cyril pointed out that the released shots are of a modified 18 car? So this isn‘t the car rensult will start testing with...

Also the rake looks excessive. I dont believe theyll run like this...
Top

Also the rake looks excessive. I dont believe theyll run like this...

The modified 18 car was the one being physically launched. The renders are the 19 car. Of course still with a few hidden details.
Top

Those are not louvres. 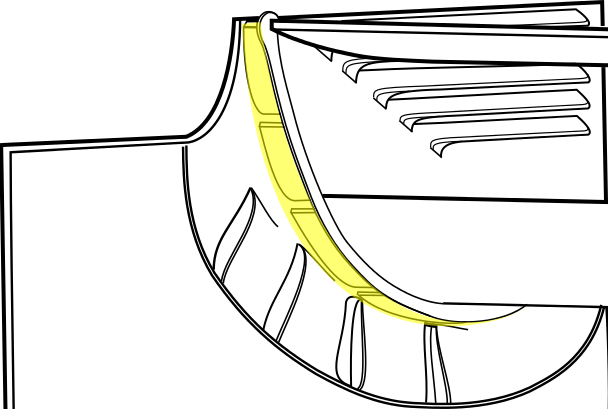 Since a few years, teams have been exploiting the thickness of the endplate to sculpt it out where the aerofoil’s edges are supposed to merge into the endplate. The regulations provide a thickness of 50mm for the endplate. In reality, the effective endplate around the wing is made as thin as possible, and the space is filled up with a number of small aerofoils. Next to increasing the effective wingspan of the main plane and upper flap, these bits are important in reattaching flow after DRS is disengaged. During the time DRS us open, upwash at the main wing reduces significantly, these bits will keep the same upwash as if DRS is closed. This is despite the general flow underneath the main plane having a pulling force on the small flows over and under these winglets. There are numerous slots involved, encouraging flow attachment to the camber of the sum of these winglets:

carisi2k wrote: ↑
Tue Feb 12, 2019 9:44 pm
I was hoping amongst hope that Renault would produce something that would be competitive


Drugs are bad mate. Melbourne qualy is in few weeks.


There is interesting technical reasons behind that "obese" "intake". In fact, Renault is the only team to put a big part of the cooling system directly behind the driver and above the engine (other "centerline" coolings systems are less centerline than this and put the coolers around and behind the engine) and Viry and Enstone did a beautiful work on the intake plenum and the monocoque's rear bulkhead to achieve that in 2018. Many people did not notice there is a big air intake behind the driver's head, but an elegant one. 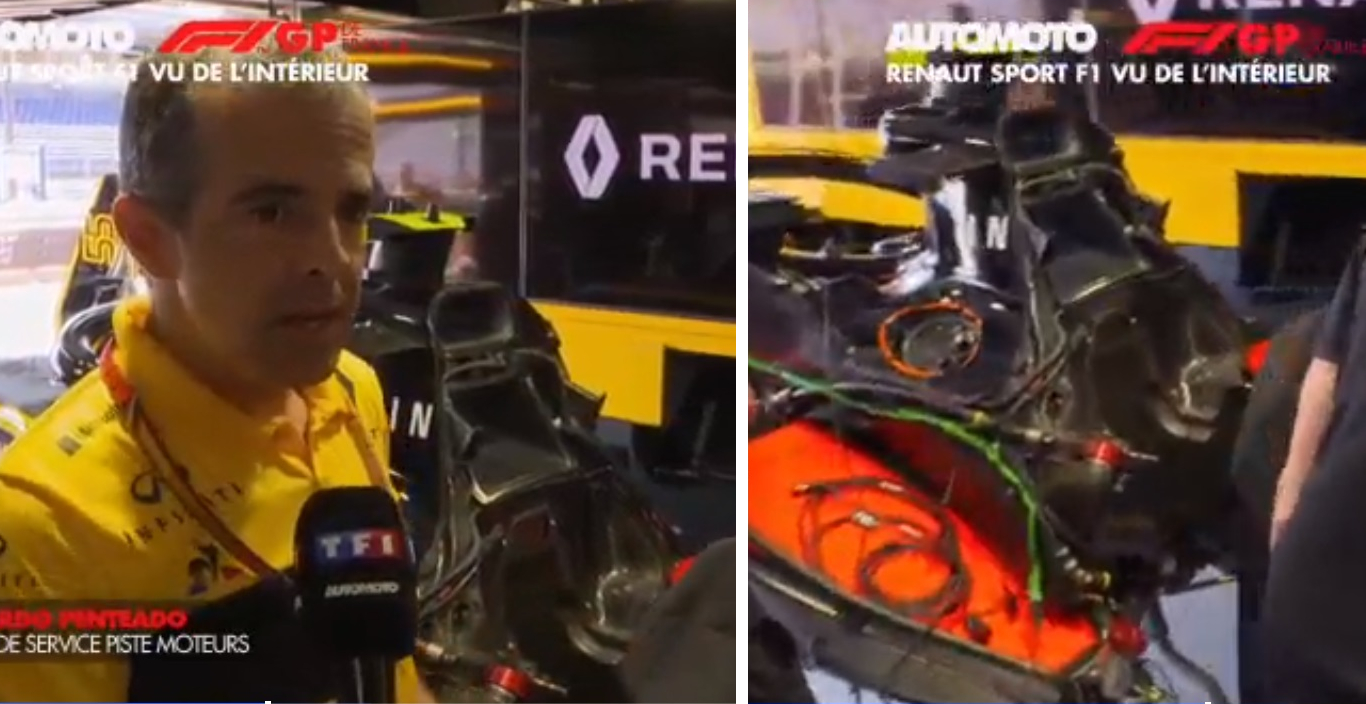 The nose is nowhere nearly as detailed as either of the cars revealed so far.


1-it's a render. 2-it's black so the details arent easy to see. But the RS18 nose was very detailed with multiple S-duct intakes that few people noticed. And RS19 seems to continue in that path. And they removed the under-nose aero bits in the render.

The side pod is still fat and lacking the sveltness of the str14 and most likely the rb15.

The rear wing looks much larger then the Haas and STR.


lol what?
What about the diffuser? it's completely new and very close to Red Bull's unique diffuser.
What about that very simplistic floor? didnt you notice thats this is a simplified 3d render?
Top

But I kinda agree.
I'm a bit underwhelmed by this car. Yes it's a bit more agressive the the RS18, it's more up to date, thanks to the Ferrari-style sidepods but it doesnt look like a car that has benefited from a very long lead time and increased ressources (knowing that Renault switched focus on it very early on and didnt spend too much energy on the 2018 chassis and engine programs)...
Yes it's just a simplified and out of date 3d render, but he real car wont be very different. Will it have completely new nose, barge-boards, sidepods? I dont think so; it will get more refined details on the bargeboards, deflectors, floor and wings. Even the new sidepod design do not look that agressive and the openings are not much smaller despite the centerline cooling sytem. Did they push the cooling philosophy forward and use new technologies (like water air intercooling similar to Merc and Ferrari? )

Sauber took the same decisions as Renault before 2018 and had invested the gained time and ressources to design a very aggressive and bold car and they managed to reduce the gap in 2018. But this car looks like an evolution of the very limited RS.18.

The diffuser is the biggest change, after the sidepods.
Top

Of course it'll have new bargeboards, those are literally just some basic bits of last years chopped to fit the regs. They don't even extend forward enough for the 2019 regs. Sidepods are much tighter than last years car.
Top

I stand by everything I said. It will not be competitive against the other cars this year which will be trimmer. Look at how tight the STR14 is and the RB15 will be even tighter. They have tried to copy the RB14 in detail but failed miserably. Everything just looks larger. I don't care about the bargeboards and the front wing but look at the rear wing on the str14 and then compare it to the rs19. The RS19 is just fatter everywhere and the position of the radiator behind the driver is just a huge mistake that nobody else does.

Also look at how much more space for air to flow around and under the nose thumb vs the rs19.
Top 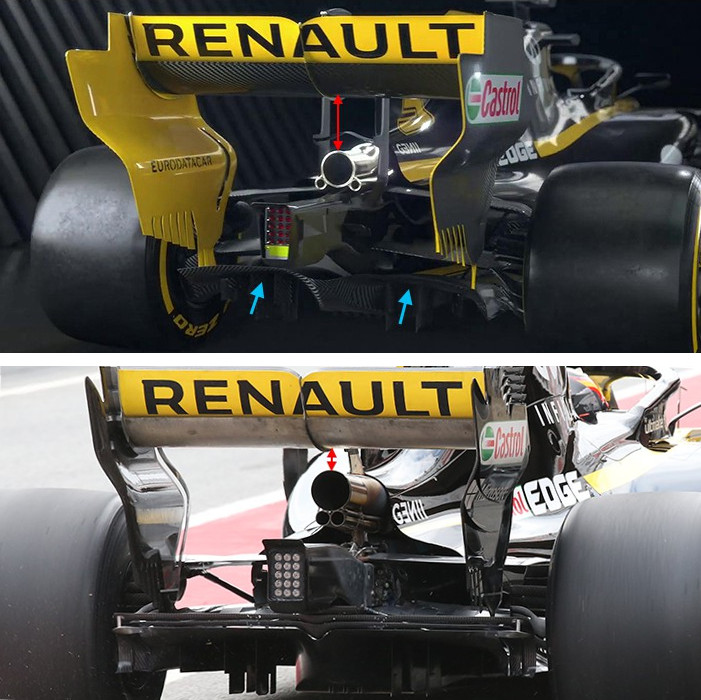 Guys, please do take the renders in their context: although there a lot of interesting details, vital area's like the bargeboard area is going to change! Also, the front wing will have some more pieces, but don't expect a lot of added complexity there. We are not going to get the complex front wings back, it is simply impossible under the current regulations. For more information on that:
https://www.f1technical.net/features/21879
https://www.f1technical.net/news/21935
#AeroFrodo
Top

Very disappointing render images. Many of the "new" things about this car are just 1:1 copies of the RB14. Diffuser shape and air intakes on the sidepods for example are just plain copies. The rest is more or less an evolution of the RS18. This "all new" statement seems very far fetched based on the renders.
Last edited by gandharva on Wed Feb 13, 2019 11:43 am, edited 1 time in total.
Top

Aren't the mirrors and their mountings too close to the cockpit? It seams quite odd Renault would create such a simple support profile (almost identical to last year) where other teams looks to be taking full advantage of a free wing from mirrors to cockpit, sure it's slim but it's in a very useful area.
I'm saying this because like others I do believe this renders shows some part of the real car. But then how much new stuff will be on the track next week beyond the obviously missing pieces we don't know yet?

In term of visible refinement, the junction from the front wing mounting to the nose cone is much more gradual now compare to the step of last year. So far everything just look cleaner and more "proper".

What's interesting so far is the clearly shorter than allowed barge boards. Is it really possible that the longer barge board can be connected to the turning vanes? If so that could create quite a powerful device in this critical area of the car.
Top

I'm talking about the lines of the car and the RS19 does not have good lines. The nose is wrong, the airbox is wrong, the sidepod isn't as cut in. Just saw the merc and that is the sort of thing I see lacking in the RS19. It is just fat all around and lacks the cut that the W10 has.
Top
391 posts