A place to discuss the characteristics of the cars in Formula One, both current as well as historical. Laptimes, driver worshipping and team chatter does not belong here.
1817 posts

Hoffman900 wrote: ↑
Wed Aug 12, 2020 4:17 pm
The tire is rolling over because the sidewall isn't stiff enough for the load it is generating. Decrease grip and you may increase sliding, but you'll minimize the load and deformation. See Darren Heath's photos (scroll with the arrows):

Remember, force alone causes heat, independent of friction (which is a whole other component). This is how glacier move, the overlying weight means the water at the ground / glacier interface doesn't freeze (basal sliding).

A high downforce set up will warm the tires up alone (to some degree) in a straight line independent of cornering.

Good pictures, Thanks, particularly the second last image. It’s worth remembering that the tyre goes from the shape at the top to the shape at the bottom 30 to 40 times a second. As it enters and leaves the deformed shape at the bottom it inevitably scrubs across the road.
Fortune favours the prepared; she has no favourites and takes no sides.
Truth is confirmed by inspection and delay; falsehood by haste and uncertainty : Tacitus
Top

Another point is the reason soft tires overheat and chunk over hard tires is because they simply produce more grip and do more work.

Anyone ever touch a dedicated rain tire? They feel like a sponge, and between that (being super soft) and the tread blocks moving on a drying track is what causes them to overheat and chunk.
Top

They can rip a bit of downforce off, as their competitors are miles behind and avoid putting so much load in tyres and still be ahead! Induce a bit of understeer and go slightly slower through the corners, but it would allow them a bit more straight line speed, which they would anyway do in Spa and Monza. That is much more easier to do, while they build better solution to better manage the tyres with their full downforce package, if the speculation of that article is indeed true. I have stopped believing some of these hollywood paparazzi guys, masquerading as F1 journalists, long ago.

In the recent debrief, Shovlin just says they were slower as they needed to manage the tyres, but doesn't actually go in detail about what exact car problem made them slower.

Generally, I like your posts and this time you are right: my above statements are all speculations ...

But I have to remind you that it`s not so simple to trim some DF levels at the back coz you need to compensate at the front axle in order to get a balanced car ... unfortunately, this action will also trim diffuser DF levels which will decrease further their rear DF levels ...

So having to change their optimum aero platform this could lead to a negative domino effect, don`t you think?

Would removing down force not just increase slip angles and not only ware the rubber but (friction) add more heat?
Rear tyres more so, which are where the damage was last week?

Look at what happened in Silverstone these past 2 races. Ferrari came with a Monza wing and later Red Bull went in the same direction. Silverstone was supposedly one of those high downforce and high power circuits, but with these new generation cars, there is so much downforce coming from floor and barge boards, they decided to go with slim wings and yet be highly competitive and RB won a race.

So, while Mercedes has done a great job of adding more downforce, they will be constrained by the tyres that doesn't take that extra load. Probably, these 2019 tyres, were just good for 2019 Mercedes, which was W10. Look at RP, which let's assume the exact clone. They didn't have such problems, which tells me that, these tyres were at limit with W10.
Top 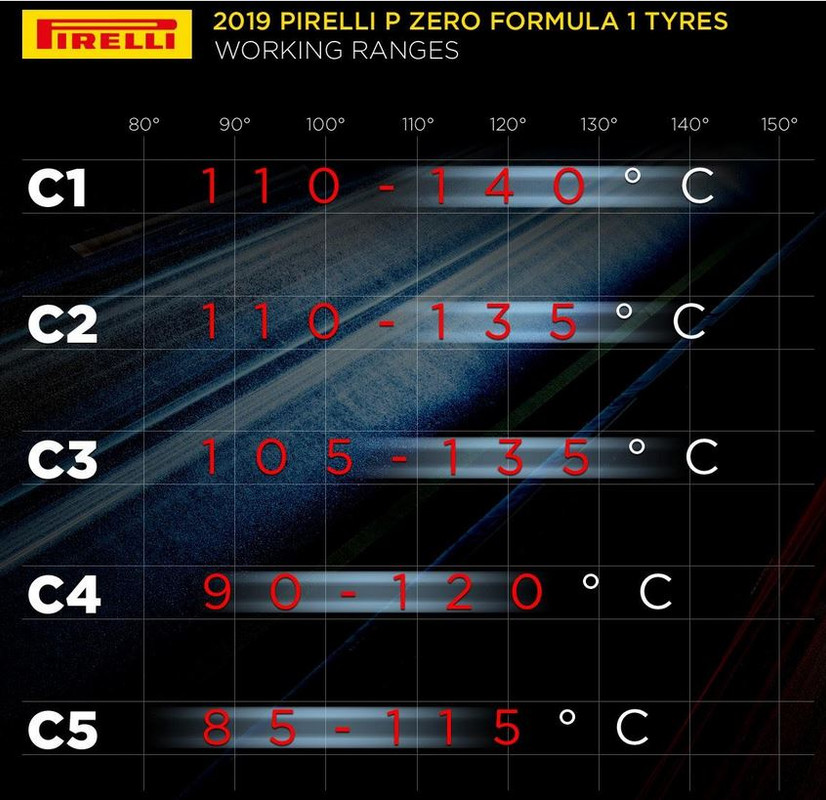 So the C2 and C3 are essentially the same, which jives with my experience in amateur series (medium vs. hard, which are relative descriptions, kind of like the old "race camshaft vs street camshaft" moniker

), and look at how each performed. The higher mechanical grip from the C3 produced more heat, thus lead to tire failure earlier.
Top 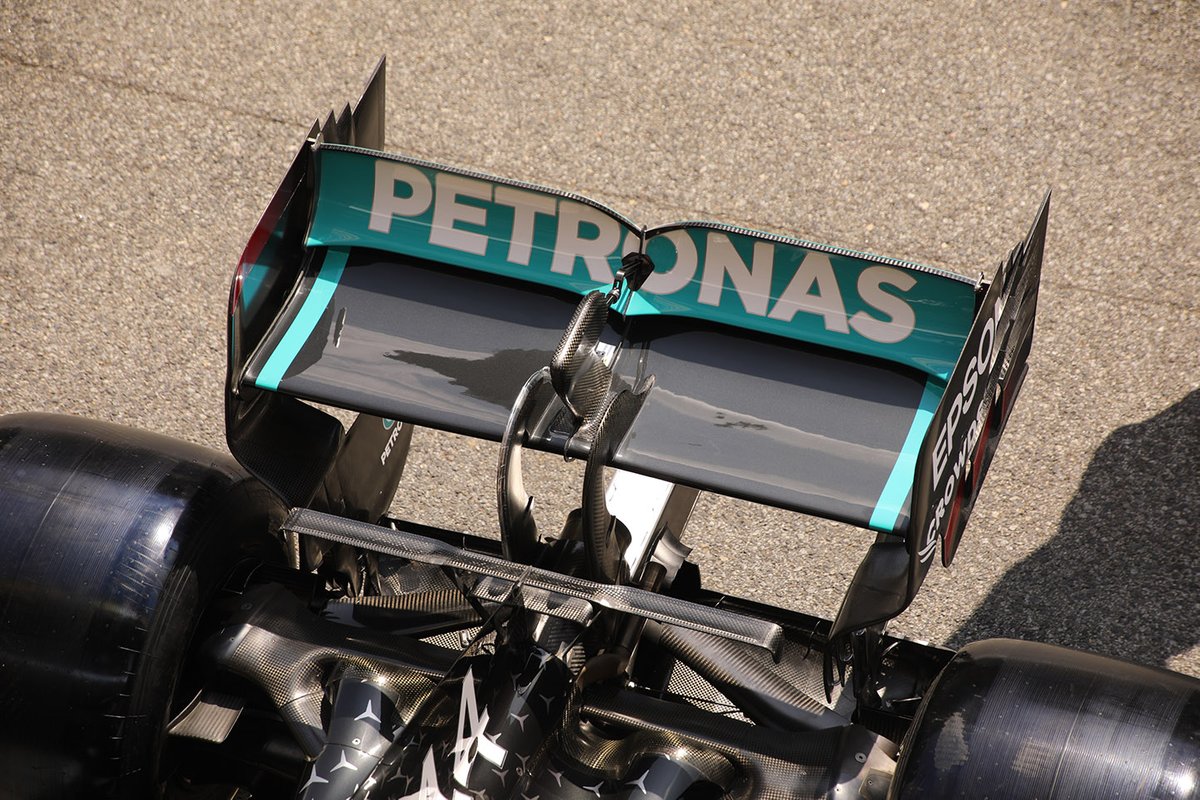 Last edited by Morteza on Thu Aug 13, 2020 9:26 pm, edited 2 times in total.
"A fool thinks himself to be wise, but a wise man knows himself to be a fool."~William Shakespeare
Top

In my best Dundee voice, “Now that’s a wing.”
Top

That was great. I hadn't seen that before. 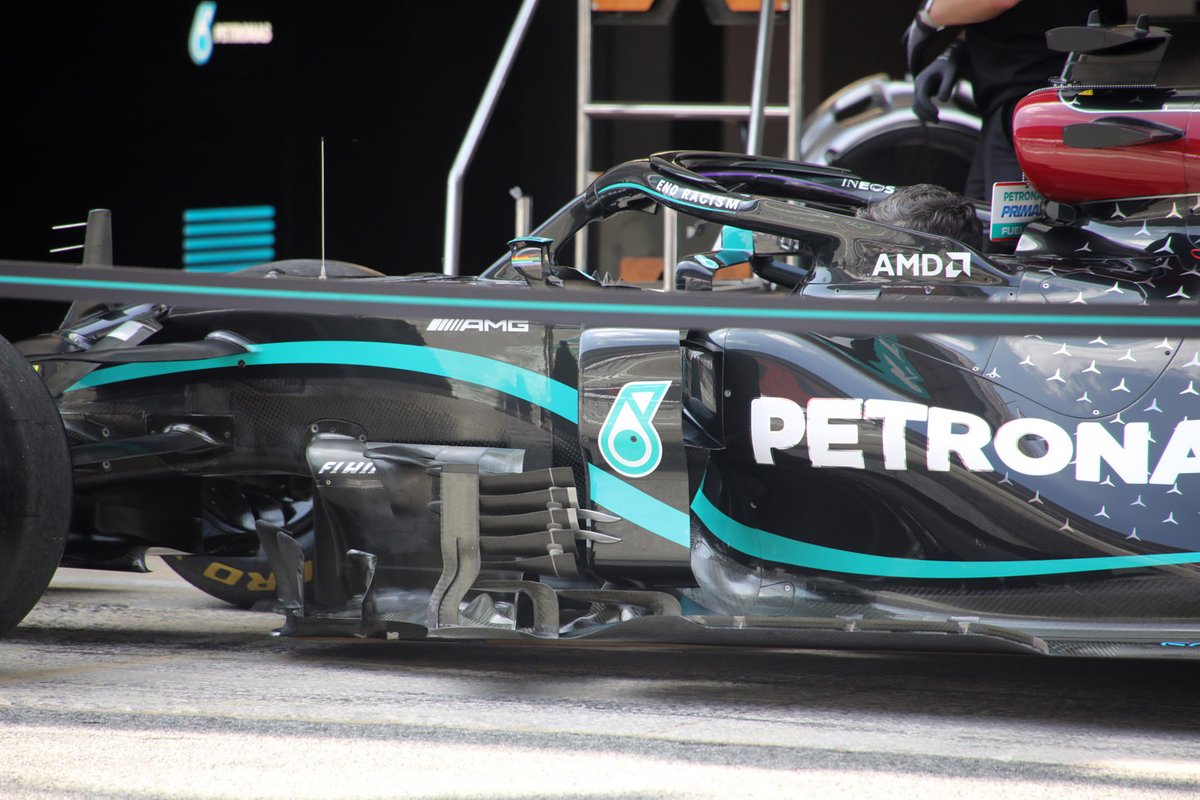 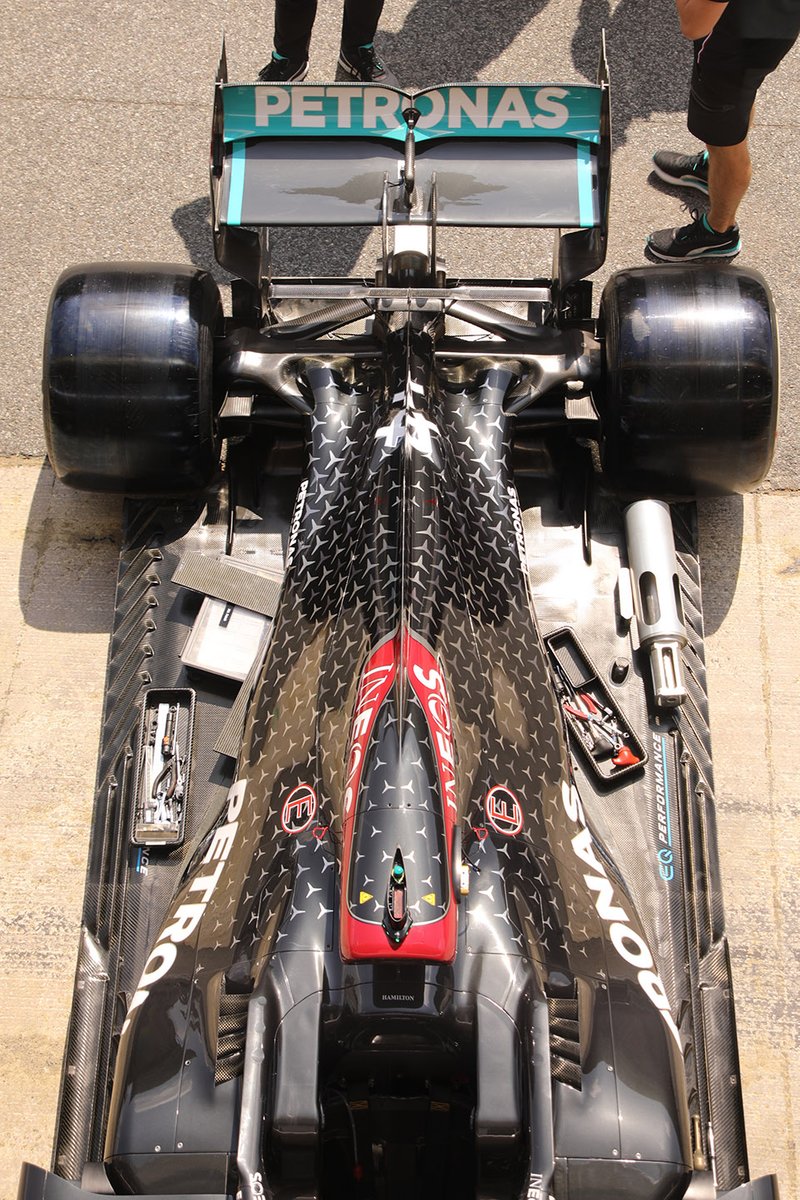 Any Upgrades yet? Does anybody spot any change?
Wroom wroom
Top

Besides solutions for cooling the rear tyres, they must have some updates for the slow corners had they didn`t bring them already at Silverstone 2 ...
"I don`t have all the answers. Try Google!"
Jesus
Top

Does anyone get some rim wheel pictures from FP1? I heard they`ve got bigger heat sink for this race ...
"I don`t have all the answers. Try Google!"
Jesus
Top
1817 posts