Lotus Renault have fitted their R31 with an entirely new exhaust system, similar to what most other teams are using at this stage of the season. As all teams copied Red Bull's solution to blow the diffuser with exhaust gases, even though teams like McLaren and Mercedes GP tried Renault's FEE in the wind tunnel, it certainly looks to be the more efficient solution. Renault have therefore developed a similar exhaust, exiting close the rear wheel's inner tyre wall, trying to energize the diffuser at its outer edges.

The system was tried out on both practice sessions on Friday, although only on Nick Heidfeld's car. The tested prototype is only suitable for Heidfeld's lower weight, as the entire car would difficult to balance with Vitaly Petrov behind the wheel. The problem comes from the new floor, which is 4 kg heavier than a regular one due to being made partially of metal parts in order to resist the heat from the exhaust gases.

Along with that, Renault also had a new diffuser shape 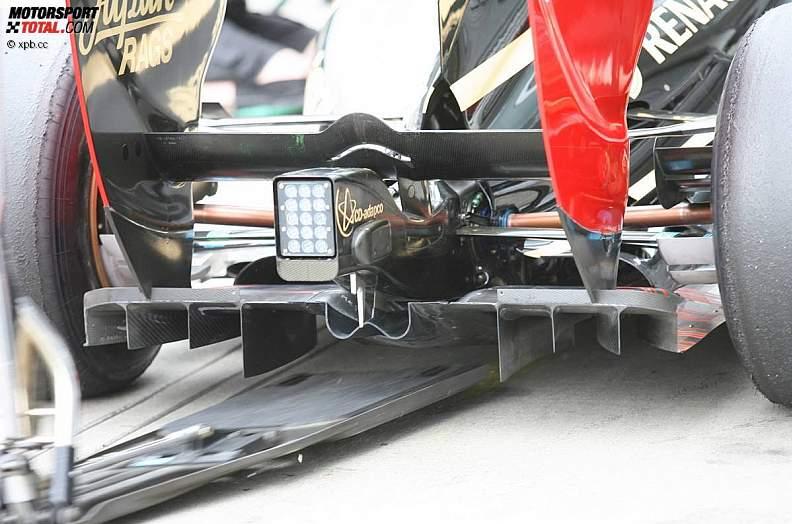