Please stick to the Topic. This is about the RB13, not the Halo or how ugly next Years Cars will be.

According to AMuS Red Bull changed their suspension which resulted in the recent upswing of form. I'm at work right now, so I can't translate the article. You can find it here:

skoop wrote: ↑
Wed Nov 08, 2017 5:01 pm
According to AMuS Red Bull changed their suspension which resulted in the recent upswing of form. I'm at work right now, so I can't translate the article. You can find it here:

The translation cannot not be perfect, but the gist of it is the following:

"The secret to success seems to be within the mechanics of the car. The modification allows the aero platform to work more smoothly. (RB's) Competitors have said to witness that the Red Bull again increased their rake. Originally RB started with a rake of 1.5 deg, which was rather modest for them to start into the season. Even Ferrari, Williams and Renault were positioned higher. McLaren and Forec even further.

In case the other F1 Team's observations are correct, this makes this observation even more interesting.
Usually Red Bull would have had to fall back in top speeds with more rake. But this is not the case.
Both cars were within the above average mid-field range since the change.

This adds to the suspicion that Red Bull may have found a clever trick, reducing rake on the straights.
It would fit into the picture that FIA issued a new technical directive on 21/9/2017 without apparent need/reason, which includes new directives for the suspension.
It covers 'suspensions'. The clarification begins with "Despite the (existing?) directives about the legality of suspension systems regarding their influence on the aerodynamics, defined in TD/006-17, TD/010-17 und TD/014-17, we would like to add the following."

In addition a warning that "We will consider a change between operating states or modes (using any mechanism, including but not limited to switches and magnetic valves), effecting different reactions of said suspension due to different loads at the wheels at the time of driving, as a change of the suspension system, which is in breach of article 10.2.3 of the Technical Regulations."

Possibly Red Bull developed a clever mechanical system. One has seen quite clearly that a lot has happened in the area of suspensions in Austin and Mexico-City- At one time Daniel Ricciardo was the guinea pig, then Max Verstappen. Red Bull modified the geometry of the front suspension according to Ferrari's role model, in order to 'pull' the car better/easier into the turn. The experiments were cancelled at both occasions. „We will keep at it." promises Technical Director Helmut Marko."
Top

Now we need a shot of that on the straight! The rumours about trick suspension are always lacking photo evidence!
Not driving a Mercedes? Work harder!
Top

Now we need a shot of that on the straight! The rumours about trick suspension are always lacking photo evidence!

Good point. How can you talk about rake angle from a picture where evidently there's load transfer going on?
Top

Goes to show how much influence a few mm can have.
The height of cultivation is really nothing special. It is merely simplicity; the ability to express the utmost with the minimum. Mr.Lee
Top

They eventually used a lower rake angle than Ferrari for the race.
Not driving a Mercedes? Work harder!
Top

Now we need a shot of that on the straight! The rumours about trick suspension are always lacking photo evidence!

That’s why they are tricky 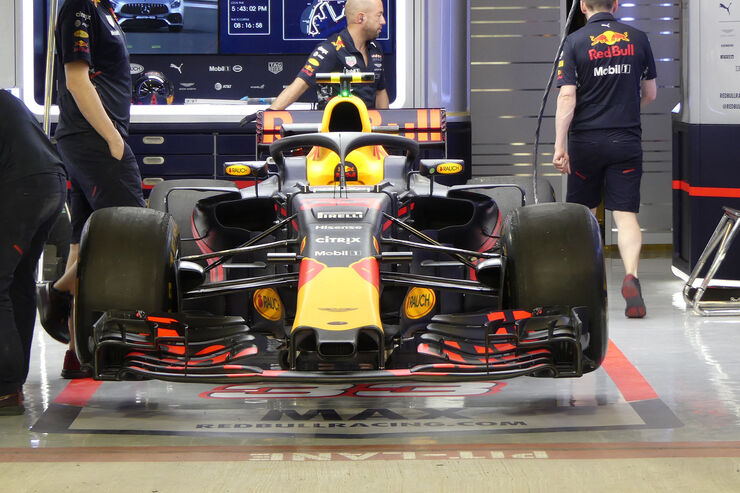 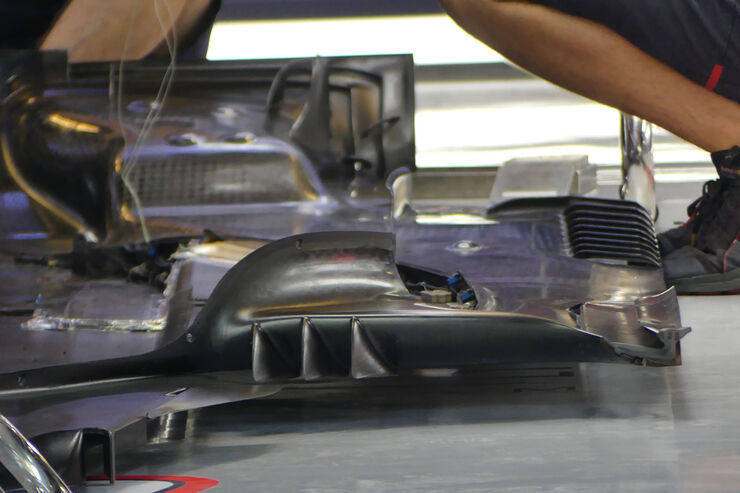 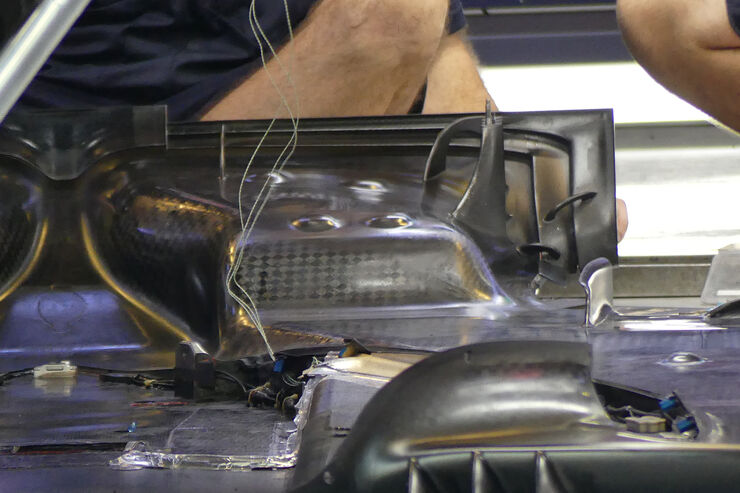 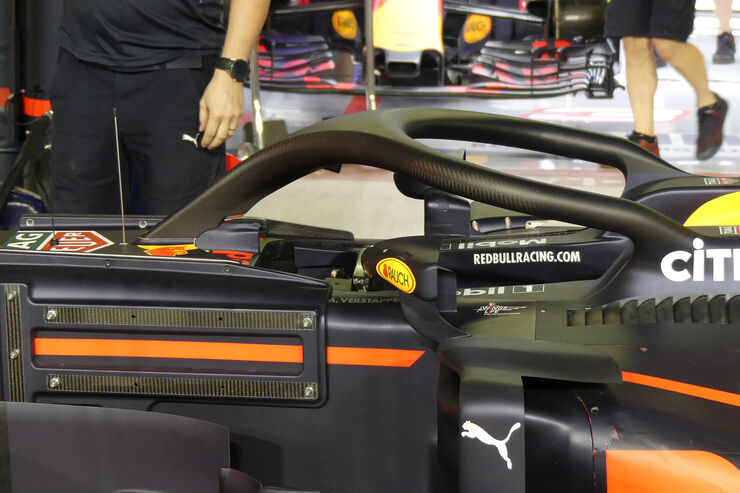 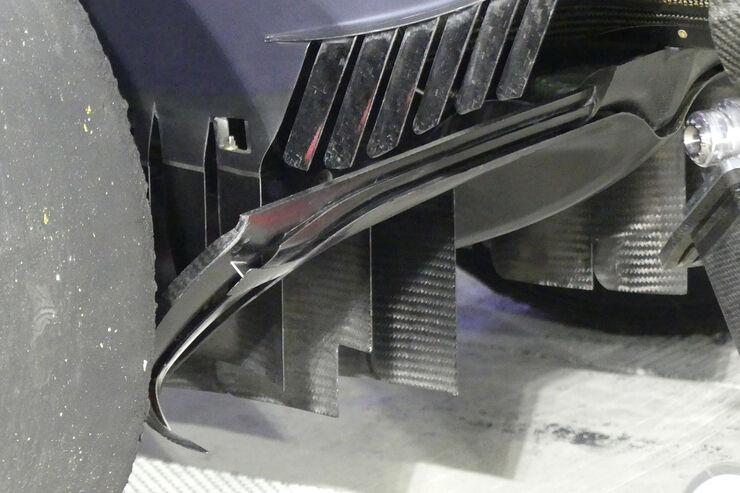 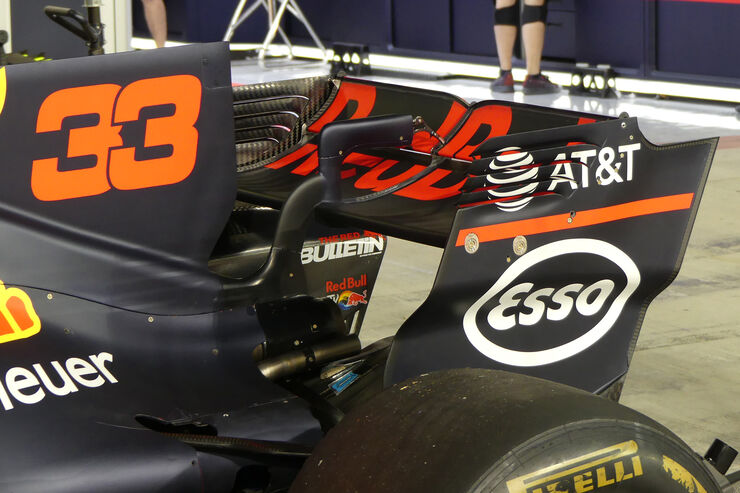 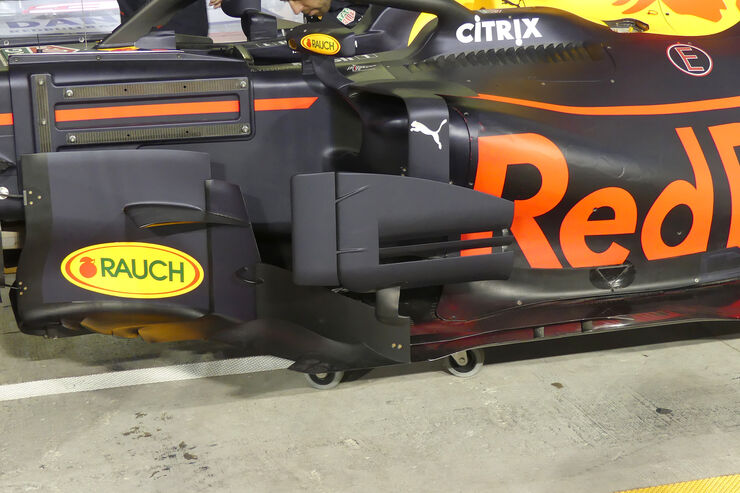 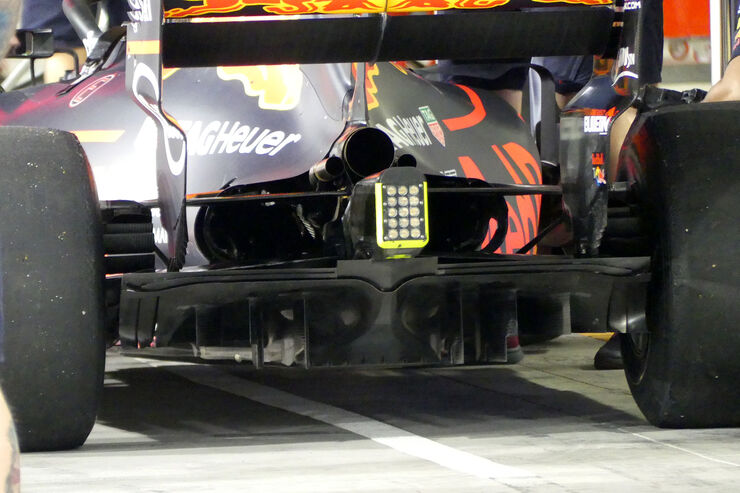