All that has to do with the power train, gearbox, clutch, fuels and lubricants, etc. Generally the mechanical side of Formula One.
11 posts • Page 1 of 1

Article by Marshall Pruett detailing the return of the Deltawing and, more important to this post, the development of a new twin turbo race engine and a rumored carbon fiber block.

(I thought it best to post this separate from the Deltawing thread that already exists as I am more interested in the engine development at this point. Apologies to the moderators if they disagree and would like to merge threads.)

Based off of the 2.0-liter Mazda MZR engine found in the Van Diemen Elan USF2000 chassis, the new mill is slightly smaller at 1.9 liters, and adds both direct fuel-injection and a twin turbo system to double the 4-cylinder, twin-cam’s output.

“We’re about 15 pounds lighter than the Nissan engine right now and two inches shorter than the stock Mazda,” Panoz continued. “This engine is being developed for P1 and P2; we’re doing a batch of 40 engines at the moment. We liked what we saw with the bottom end of the one Mazda engine, and the top end of another Mazda engine, so we’re putting them together with the new billet block.”

“It can make more power and we’re committed to making them a success,” he said. “They can be branded other things if a manufacturer wants to talk with us about that. And we have another version of this engine we’re working on, a second type you could say, that’s the ‘real’ P1 engine and has an innovative block with a new material we’re trying that’s 20 pounds lighter.”

That material, according to my sources, is carbon fiber. - Marshall Pruett
Top

I seriously doubt they could have made the entire block out of carbon fiber. Perhaps some bits and pieces here and there, casings, etc. but not a whole block.

I wouldn't read into it too much.
Top

The block and a lot of structures could very well be carbon fibre, but I dont think it is used inside cylinders for example.
"Bite my shiny metal ass" - Bender
Top

The notion of a carbon fiber composite engine block is a bit silly. While it may sound great in theory, in practice it would not provide any worthwhile benefit. A carbon fiber composite block would make for a stiff and lightweight structure in a chassis using a stressed engine. However, once all of the metal interfaces are added to the composite block, like those needed for mechanical interfaces with the heads, cylinder liners, main bearing saddles, coolant jackets, etc., the weight savings is minimal.
"Q: How do you make a small fortune in racing?
A: Start with a large one!"
Top

What about Torlon thermoplastic? I remember 80's engine called POLIMOTOR which was a 1/3rd the weight for a metal engine. 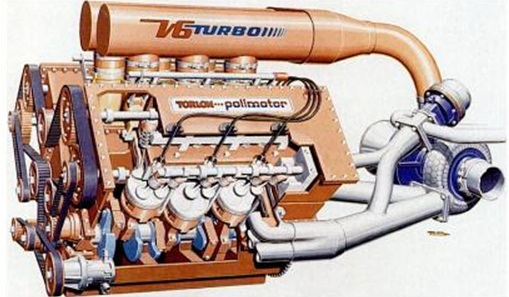 Wow, what struck me reading the article is that Panoz has severed almost every connection to the prior car that he had and is going it alone. Nissan, gone. Gurney, gone. Hicroft, gone. Bowlby, gone. Michelin, maybe gone. The only connection to the old car seems to be the AMR-One chassis that the original was based on. I'm having to guess someone must have signed over some serious IP to get Panoz's backing.
Top

Magnesium alloys are much lighter than Aluminium alloys, but have only slightly higher thermal expansion coefficient

a material with a much higher expansion coefficient would be a problem to the engineer ?
Top

Not to be argumentative... but.... Didn't we say the same thing about a carbon fiber gearbox back in the day? And, after many failed attempts, carbon fiber cased gearboxes are in use up and down the grid?
Top

A carbon fibre engine block should be achievable with the correct coatings, impregnated fixings for head and crank as well as metal cylinder liners. Possibly plasma spray coated liners.

Why not??
Never approach a Bull from the front, a Horse from the back, or an Idiot from any direction
Top

http://www.thecarbonfiberjournal.com/?p=770
To achieve anything, you must be prepared to dabble on the boundary of disaster.”
Sir Stirling Moss
Top
11 posts • Page 1 of 1