Post here all non technical related topics about Formula One. This includes race results, discussions, testing analysis etc. TV coverage and other personal questions should be in Off topic chat.
1118 posts

Could it also be to do with how Brazil was handled over Mercedes wing? Toto was very angry about them letting Red Bull repair their wings and disqualifying Hamilton for a fractional infringement due to a damaged wing. I remember in the tv seeing them have words in the build up: 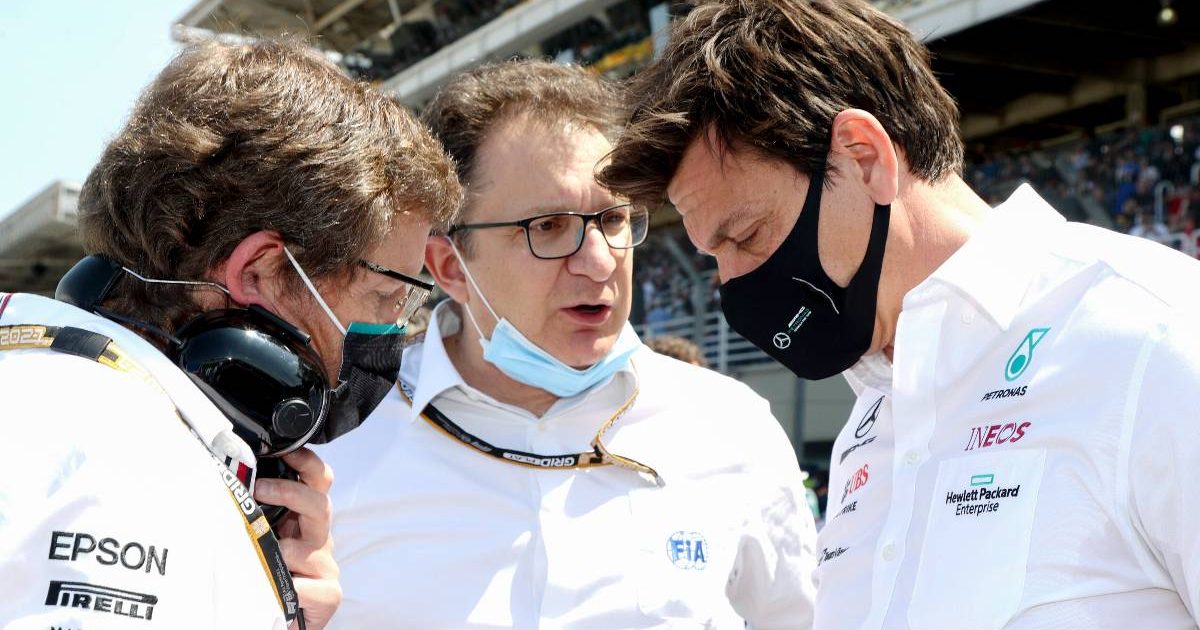 Again in brazil - Mercedes wing was measured and found to be outside tolerance. Whereas the Red Bull wing was repaired under parc ferme, as many teams take advantage of at every race, but was never found to be in an illegal state.

IMO it's just Toto being Toto, a blowhard who will whine and complain about every perceived injustice whether he has a leg to stand on or not. I'd expect the same from any team principal, only difference is Toto seems to have too much influence over the sport for my liking.

Expect Tombazis to be announced as Brawn's replacement at FOM.
#aerogandalf
"There is one big friend. It is downforce. And once you have this it’s a big mate and it’s helping a lot." Robert Kubica
Top

It would be damning and further damage the already damaged reputation of FIA, if one team can barter the hiring or firing of FIA staff, regardless of the situation. It sets a precedence for that team and for other teams that, they can lodge a review against a FIA decision and agree to drop it by asking FIA to fire one of their own. FIA stewardship has always been questionable on many instances and if this one leads to a new precedence, FIA would be allowing teams to hold them for ransom. If the other teams watch this as mute spectators, it's only because they would be emboldended to play a similar trick when their turn comes.

Masi's decision making has been questionable throughout the season and impacted both the protaganist teams, but allowing one to bay for his blood, is plain stupid on FIA's part. They can look at restructuring some of the gaps in the process and put better measures to improve decision making, instead of firing a member because there is someone unhappy about the outcome of a decision. FIA would come across as childish and toothless if they get bullied in this one.
Hakuna Matata!
Top

100% it's a troubling precedent if true
#aerogandalf
"There is one big friend. It is downforce. And once you have this it’s a big mate and it’s helping a lot." Robert Kubica
Top

Sure. It’s big bad Wolff Mercedes’ playing victim and being manipulative.. let’s just pretend what took place was all in good faith and within the rules, and that the removal of Massi would simply be the product of leverage, and holds no reflection of the reported majority of senior personal lacking confidence in Massi in the future.

The only worrying precedent here is that the FIA can willfuly freestyle rules and decide champions outside of their own rules, mark their own homework and basically not be held to account. Mercedes has my respect for standing up to them and fighting this all the way. And I’d respect any other team for doing so.

What looks like an ugly precedent is really the result of the FIA’s inability to credibly run the sport by its own rules. It as rough in 2019 over the Ferrari engine saga. But naturally depending on who’s team and driver this outcome supports, one’s narratives are skewed upon this.
Top

Don't get me wrong, Masi should have been sacked for any one of a number of failings over the year. I just find it troubling that a competitor is basically the one making the call.
#aerogandalf
"There is one big friend. It is downforce. And once you have this it’s a big mate and it’s helping a lot." Robert Kubica
Top

That is something we just suspect. Could well be the influence of the new head of the FIA.

And, besides, what if it was pressure from Mercedes? During the past two seasons they decided to keep it quiet while the FIA and Masi in particular made some controversial decisions. In both cases Mercedes could have rightfully taken them to court (both the Ferrari deal and the season ending last year), both of which could have had big consequences.
Top

RBR or any other team would be doing exactly the same as Mercedes had what happened to them and Hamilton happened to their team and driver. Let us not pretend otherwise.

And I for one would be in total agreement with said team. What Masi did cannot be allowed to ever happen again, and if that was a condition of Mercedes dropping proceedings then so be it. The FIA could have always said no to Mercedes conditions, but the alternative of Mercedes pressing ahead would have probably been far more damaging for the FIA given the whole integrity of the sport is at sake and it could easily be argued what they did was tantamount to match fixing.

For the record, I would call this far less troubling than the FIA's secret agreement with Ferrari over engines.
Top

I agree, it troubles me greatly that the FIA cannot be entrusted enough to determine good decisions, faithful ones with integrity, by themselves and its down to teams fighting for it.
Top

Toto is just a sore loser... I support Masi...
Top

Does anyone really believe that the FIA would be doing as Mercedes/Toto ‘demand’ if they didn’t see anything wrong with how that last race ended?

The FIA probably have access to some of the best legal counsel around and don’t feel comfortable with this going to court. They know how F’d up the situation is and wouldn’t even have agreed to investigate the handling of the race if they believed that no investigation was warranted.

As for claims of sore loser blah blah blah - Lewis, Toto & Mercedes didn’t lose, they were robbed, as were other drivers and teams. Massive difference.

If someone loses their wallet on a night out, hard luck. But if they get mugged (and know who it is) tell me they don’t want justice….one way or another.
Top

This is beautifully written.

The only thing that is dodgy is listening to the team principles lobby the race director. It was a failing for F1 to watch this go on all season. They should’ve stepped in and changed this. I also think they have not gone far enough, the team directors should be made very clear what their communication can entail to the race director. For example ‘that’s all about letting them race’ was completely inappropriate conduct. As it was when Toto pleaded for there to be no safety car. I’m not sure when this started but I know Christian Horner’s lobbying at Silverstone is when I noticed for the first time that something wasn’t right. I think teams should enjoy the boundary of reporting an offence to the director asking for note and review. Arguing cases to influence decision making should be as illegal as team orders once were.
Top

That's fine, but what's to stop what happened to Hamilton happening to Norris, Ricciardo or any other prospective McLaren driver in future, if things remain as they are? What if Masi did something at Monza on the final lap that cost Ricciardo and Norris their places and handed the win to Bottas?
Top

That's fine, but what's to stop what happened to Hamilton happening to Norris, Ricciardo or any other prospective McLaren driver in future, if things remain as they are? What if Masi did something at Monza on the final lap that cost Ricciardo and Norris their places and handed the win to Bottas?

Well, they’d have no right to complain or demand actions to address any mistake. If they were to do so, then they would be sore losers. And Ricciardo’s comments in Abu Dhabi about it being ‘f***ed up’ and relieved he wasn’t ‘apart of that’ are just Ricciardo being salty that Red Bull won a title after he left.

we have to support the race director.
Top

Something came up in a link from that article that I had not considered. I was reasonably confident Hamilton would not 'walk' without another title, just to set the record, but I had not considered him 'taking a sabbatical' as they put it. The more I consider this, the better option from his point and Merc point I see it being.

There would not be a direct conflict of new Russell v established Hamilton.
Hamilton would not have to break in a new car, He could consider his feelings on not driving but without having burned his bridge back next year if he reconsiders.
Merc would be looking for a single year replacement so drivers like Vettel become a viable option. They could even run the sim driver for a year, or part of a year to better establish the setup comparison. They need not consider long term.

After the year, there may be other options on the driver market, or Hamilton could come back.
When arguing with a fool, be sure the other person is not doing the same thing.
Top
1118 posts