I have no problem with sponsors Manoah2u, there's been some pretty crazy ones over the years
Do you remember "Bin Laden" on the Williams ?

No worries, all good
Each to there own I guess ?
Top

Webber2011 wrote: ↑
Thu Dec 07, 2017 10:37 am
Personally I find these references to Tampax in very bad taste for a Forum with such a high reputation for concentrating the technical side of F1, and totally off topic
I'd expect that on other forums, but not this one

Come on guys, are we giggling school children or adults with a passion for F1 ?

You must have missed the 2017 Mclaren Team thread, then. The more technical stuff will be in the car or PU threads. The team threads are typically where everything else falls.
Honda!
Top 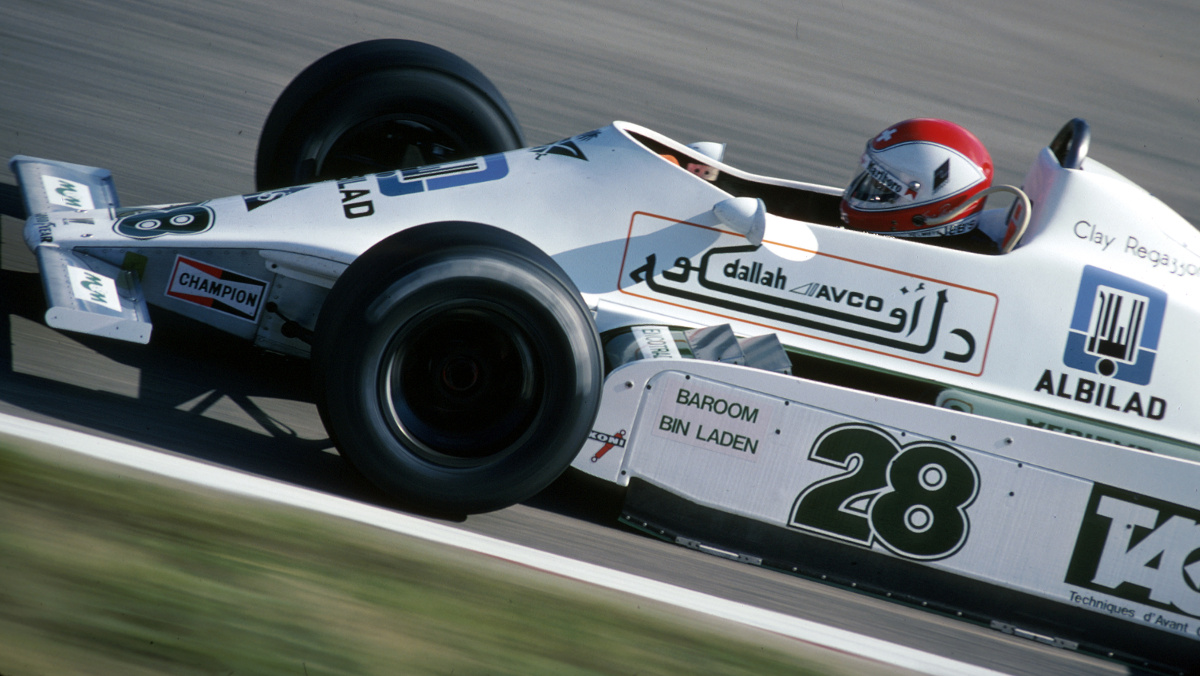 Probably one of the most dangerous cars ever created.
Top

Probably one of the most dangerous cars ever created.

hahaha It was a car bomb

i've unfortunately noticed Prost recently has been saying a lot of things that make no sense.
I haven't either forgotten his 'Prost GP' stint that was well.....almost embarassing to be honest.
Not MasterCard Lola or USGP embarassing, but still.....

I have the feeling Renault is trying to emulate Mercedes' success by copying the format of an old wise head to 'steer' things in the right direction, but i don't think it's working any way that Mercedes has it going - which i must say, is really a place of cohesion and things fitting together perfectly.

Ferrari seems like a place of internal 'competition' and ego's.

Only RedBull and Mercedes seem to have that perfect working condition. Well, perhaps Haas and Force India do too, but RB and Merc stand out.

as for Mclaren, i still maintain Eric Bouillier should go. He's bland af and just not the man for the job. Zak Brown has been a positive replacement of Ron Dennis imho though we'll have to see results first. He reminds me of Whitmarsh, which i think is still a shame is gone. I think Zak Brown - Whitmarsh would do pretty good. I just get nothing from Bouillier.

Actually, i wonder if Jenson Button wouldn't be a good replacement of Bouillier. He's a real happy friendly guy whose personality in itself motivates people, is a real Playboy and character which F1 needs (i still miss Vijay Mallya's previous presence and i can't help but miss Briatore in F1), i'm just not sure if he's able to be fully committed to the requirements the job has - JB is a competetive sportsman, not really a corporate 'businessman' imho, but then again, that could be his strength.

Boullier seemed to have plenty of flair at Lotus, he does seem a different man at McLaren. That was understandable under Ron but in the current era you’d think his personality would have re-surfaced by now

That said, I if Mclaren were winning I doubt you’d be complaining & until we get some answers about their form compared to RB next year, we have no idea if Eric’s the right man or not


Maybe he can add value now that we have Renault PU. Maybe arrange we get updates before RB !!

Xero wrote: ↑
Fri Dec 01, 2017 11:26 pm
The Santander UK deal was primarily with Button and Hamilton, hence why it has ended now Jenson has officially left the team. The original Spanish Santander deal, which Ferrari are losing, was linked to Alonso. Hopefully the UK deal is making way for a new Spanish one? Probably not looking at Santanders new huge Champions League sponsorship deal.

Santander joined Mclaren when Alonso did and then they followed him to Ferrari. Button joined well after Santander.

Yes, that's what I said. The original deal was with the parent Spanish company with Alonso. After Santander left with him to Ferrari, Santander UK stepped in, albeit in a much more smaller capacity.
Top

I agree. We should be celebrating the new sponsorships instead of entertaining smutty jokes.

Q: The good news for McLaren in 2018 is that it can’t really get any worse than 2017. But what realistic expectations do you have?

EB: I think it would be wrong to draft any expectations now. I am a fan of the motto ‘Over-deliver but under-promise’! So no promises. Let’s see where we will be.

Good news where ? Can he say we will be better according to simulations?
Top

PlatinumZealot wrote: ↑
Fri Dec 08, 2017 1:40 am
I agree. We should be celebrating the new sponsorships instead of entertaining smutty jokes.

was the best quality one I could find on google images!
Top

Good news where ? Can he say we will be better according to simulations?