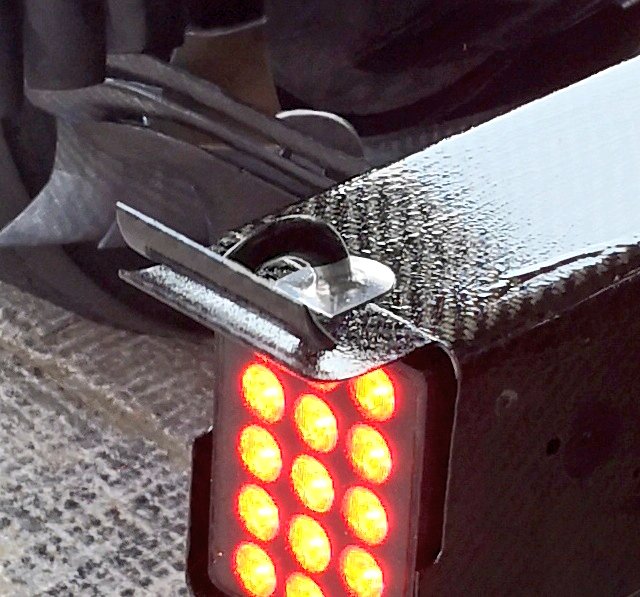 Again, it smacks of rule by committee rather than a knowledgeable leader.
One test is worth a thousand expert opinions
Top

Making basic mistakes such as interpreting the rulebook may be a better sign. The pre-season front suspension flaps and the mirrors are both not being used. Development and manufacturing cost for those items toward no benefit.
Top

Making basic mistakes such as interpreting the rulebook may be a better sign. The pre-season front suspension flaps and the mirrors are both not being used. Development and manufacturing cost for those items toward no benefit.

i doubt that tiny extra wing on top of the rear crash structure is there for direct downforce at all. i believe it is to guide air upwards in combination with the exhaust flow, which then in itself indirectly causes more downforce.

that said, i doubt that the car is working. they possibly simply slapped a bunch of things on the car that in itself in some computer calculations hade positive results - but in the overall picture, they don't work together and potentially even harm 'eachother'.

concidering even mclaren mentioned last year that they experienced opposite results from what they were hoping to achieve with updates, which hampered and slowed down the car's improvements, despite having arguably much better facilities then mclaren - for starters, their budget is a gazillion times bigger, and their facilities far more recently updated and maintained.

offcourse both mclaren and williams can make similar 'design' or 'philosophy' mistakes, but i'd be inclined to believe that williams having a much smaller budget and less up-to-date facilities, would have exponentially big effects compared to that of mclaren.

which again brings us back to exaclty that which paddy mentioned before or while everything went to bits and pieces, is that williams is making the mistake to think that 1 or 2 little changes will solve everything - when the thing is, everything is going wrong.

i am curious though to what's going to happen to the car this year, including williams.
i have a hard head in williams' future, and this car, but something must happen along the lines.
a new TD, or somebody appointed in that function or responsibility, and what we will see happening with the FW42 after the summer break.

I think williams should find themselves 1 goal: score a few points, so they really should focus on bringing an update after summer break to make sure they have a car that is able to do that in the latter half of the season.
unfortunately, that'll cost precious funding which can be only be spent once - either on this year's contender which is a miserable piece of junk, OR focus on next year's totally different car. then again, 2021 will see more change. so perhaps it's not so unwise to invest in this car to make some points this year, accept another year of backmarker status for 2020, and focus and invest on getting things on the line for 2021.

Could somebody comment about the overweight problem those jurnos speculate?
They derive it from fact that in low fuel quali runs the gap is larger then in the full tank race pace.
To my knowledge (from discussion about non-carbon gearbox housing) this car being short wheelbase had no weight problems and going carbon was not critical.
autosport / motorsport.com on YouTube
www.autosport.com
Top

I have my doubts that the car’s problem is as simple as been overweight... All cars are designed to be under the minimum weight and they add ballasts in the car to achieve that minimum... Designing a car that is heavier than the competition would be something very hard to justify for any team (consider that teams don’t run the full allocation of fuel today in order to save those Kg and be lighter at the start of the race, even when that implies lifting and coasting during certain periods).

The jurnos say the car may be overweight because it looks a little bulbous or something, and that's nonsense. It starts to look how you think it is.

The evidence for being overweight based on qualy pace vs full-tank pace is more significant. Remember, the Merc engine is superb for fuel efficiency so they typically start races with 5-10 kg less fuel than the other engines, and this would help obscure weight problems toward the beginning of races.

This thread had extended good discussion about aluminum gearbox compared to carbon. There were some ~15 year old numbers and some current rumors that suggested up to an 10-18 kg difference between a good carbon box and a well designed aluminum box. IF IF IF the aluminum gearbox was this seriously overweight then it's all extra ass-weight (rear-end weight), and taking weight off the engine-end of a racecar is difficult. Again, IF such a basic thing is holding them back then several people in team technical leadership should be tarred, feathered, and strapped to the nose of the car to serve as offsetting front ballast. Keeping weight under control at the engine-end of the car is such a well-known and fundamental challenge in bespoke/formula racecar design.

General consensus is that F1 cars are now rear downforce limited, meaning they ~ max out all available rear downforce at most tracks. So if you have too much rear-weight you can't just add more rear downforce to compensate in the turns. You become stuck with what looks to outsiders like an aero problem of insufficient downforce. Hmmm.
Top

Carbon casing is not even close to that weight saving on the box, about half to a third of that - the majority of the weight in the boxes is the gearset, shafts, bearings, diff and bulkheads, after all.

18kg would be halving the weight of the gearbox, for example - that doesn't add up even with a cursory glance. In addition to which unless they've changed things they were using titanium bulkheads.
Top 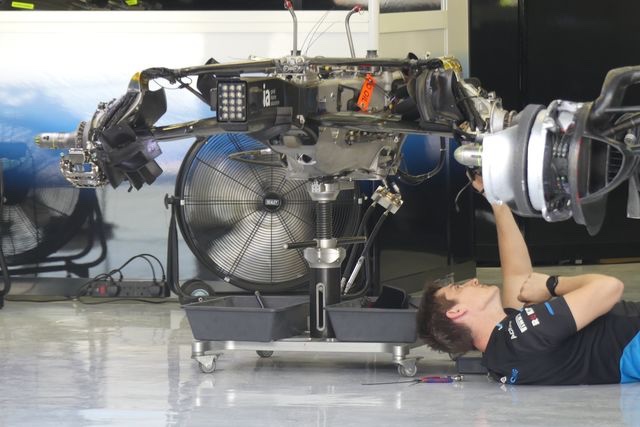 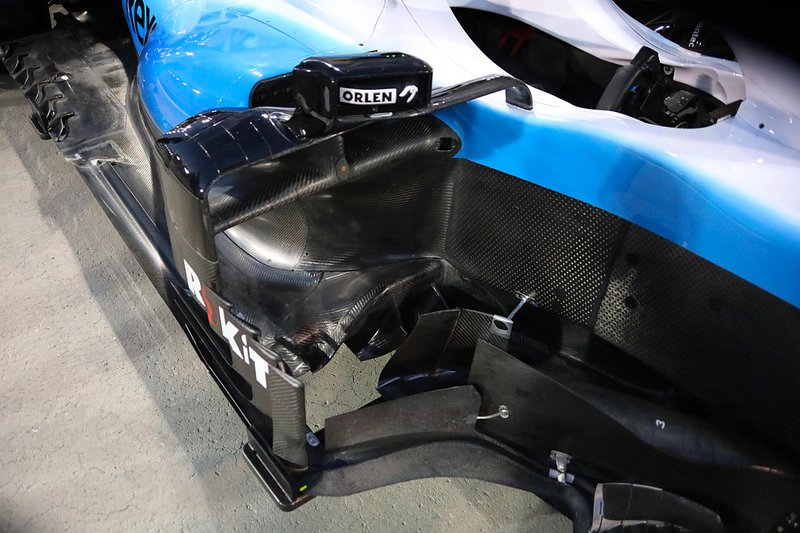 absolutely great angle on the sidepod intake. i didn't notice it was actually that small a-la- ferrari style.

It's really not
Top

Even Williams themselves mention it's a dog because of the rushed slapped-on manufacturing process to make australia and bahrein.

Ah well, beauty is in the eye of the beholder.
It is painfully slow though

I had some hope it would have been in a better shape compared to australia but not much or any to be honest.

In a way it's too bad the new fastest-lap rule doesn't count for backmarkers and such. I understand why not, but it would make for an interesting battle.

It's got good lines, and some good ideas but it does seem like it's a little rough around the edges in build quality. It would be interesting to know exactly what Russell was talking about when he said in the Paddock Pass pre race, that they knew what they had to do. He was rather coy, but also optimistic.
One big plus is that they did both finish the race in fully running condition. Can't fight for points if you DNF.
Russell did seem to be focusing on dialling the setup, which is pretty much his job, and a realistic thing to be able to get under control.
the four immutable forces:
static balance
dynamic balance
static imbalance
dynamic imbalance
Top
331 posts