This forum contains threads to discuss teams themselves. Anything not technical about the cars, including restructuring, performances etc belongs here.
2096 posts

wowgr8 wrote: ↑
Wed Mar 17, 2021 4:17 am
Do Red Bull push their rear end to the level they did this year without Merc setting the bar with their design last year? I guess we'll never know but my thinking is they drew a whole lot of inspiration from what Mercedes did, that's my biggest gripe with Red Bull at the moment, they have Newey and a huge budget but they aren't as innovative and proactive as Mercedes are (at least on a macro level), in my opinion.

Ferrari brought on the lowered SIPS and to some extent the outwash front wing concept that have both become mainstream, Mercedes brought on DAS, the POU offset (not completely sure whether this first appeared on the 2019 Mercedes though), the reversal of the LR wishbone setup etc etc, with Red Bull you don't really see this sort of big innovation in recent years, they're 1 or more steps behind Mercedes at all times, in 2021 we still don't know where Merc spent their tokens but I'm willing to bet it's something none of the other teams thought of.

I'm not sure why it is the way it is, and I doubt it's got to do with budget, maybe it's just as simple as Mercedes having better engineers?

Well their front double bulkhead is pretty unique isn't it? Not as widely talked about as Mercedes rear wishbone but basically just as clever.

In my opinion, one shouldn't judge a team purely on its visual innovations but rather on their on-track success. Innovations aren't worth putting on the car if the execution isn't right. Or even if it is locally in that area of the car, it won't save a bad car from being just a bad car. Haas comes to mind, which have introduced a fair share of small innovations. Ferrari too, but they are yet to win a title. Teams have got to make the car work as a whole and while Mercedes have been excellent, Red Bull has been pretty good at times too. Not very consistent, but good in the end. Ever since the start of the "modern bargeboard-era" Mercedes has gone for a whole bunch of fins, flaps, vortex generators. Red Bull has eventuelly gone that route too but they seem to prefer to use more simple, better understood shapes if they can. The Red Bull car always looked more basic/simple untill recently. You can argue there is not much going on on the RB16B yet if you compare the rear end of the car to its rivals it's a thing of beauty.
Top

Newey isn't a God* and no one designs a whole car in F1 these days. Newey will set the overall idea and maybe has a hand in certain aspects but much is designed and detailed by a team of others. Maybe Mercedes's "team of others" is just better than Red Bull's "team of others".

What will be interesting is to see what happens as people move around the paddock. Watch where the talent goes and see how teams' fortunes change.


(* Newey isn't a God but he's definitely serious F1 Designer Royalty)
Turbo says "Dumpster sounds so much more classy. It's the diamond of the cesspools." oh, and "The Dutch fans are drunk. Maybe"
Top

they ran them on top and indeed below of the floor.
Just a personal interest, a Family recreating a WW2 May 1940 Dutch warbird from scratch: https://www.facebook.com/FlyingFokkerD21/
Top

Fuelled And Ready For 2021 With ExxonMobil

Charging into the 2021 season thanks to new fuel from our Team partner.

Red Bull Racing Honda will receive an added boost as it charges into the 2021 Formula One season thanks to a new fuel from Team partner ExxonMobil, developed specifically for 2021 and the updated Honda power unit.
The Synergy Race Fuel was developed in close collaboration with the Team’s power unit supplier, Honda, together with Red Bull engineers, and it focuses on delivering improved power, performance and protection.
With no fuel development permitted in 2020 and just one fuel specification allowed for this year, ExxonMobil’s diverse group of technicians focused their attention on the creation of a new formula for 2021, designing the new fuel in order to extract maximum performance from Honda's RA621H power unit in the RB16B.
- - - - - - - - - - - - - - -
- - - - - - - - - - - - - - -
Pierre Waché

Pierre Waché, Red Bull Racing Honda Technical Director, added: “Unlocking performance in Formula One is always about understanding how each part of the car is affected by the components or systems around it. Fuel is a hugely important component and the right formulation has the potential to not only add raw power and increase efficiency but also to offer a manufacturer more diverse paths of development that help them optimise performance. The close working relationship between ExxonMobil, Honda and the Team has brought those advantages to RB16B and we are looking forward to seeing the results during this season.”

geheh, yeah, but then again. I really thought RBR used a Renault engine for years. A mecachrome unit in reality. Now marketing calls it an Alpine (or is the engine still called Renault).
Just a personal interest, a Family recreating a WW2 May 1940 Dutch warbird from scratch: https://www.facebook.com/FlyingFokkerD21/
Top

They start putting butylene esters in the go juice? 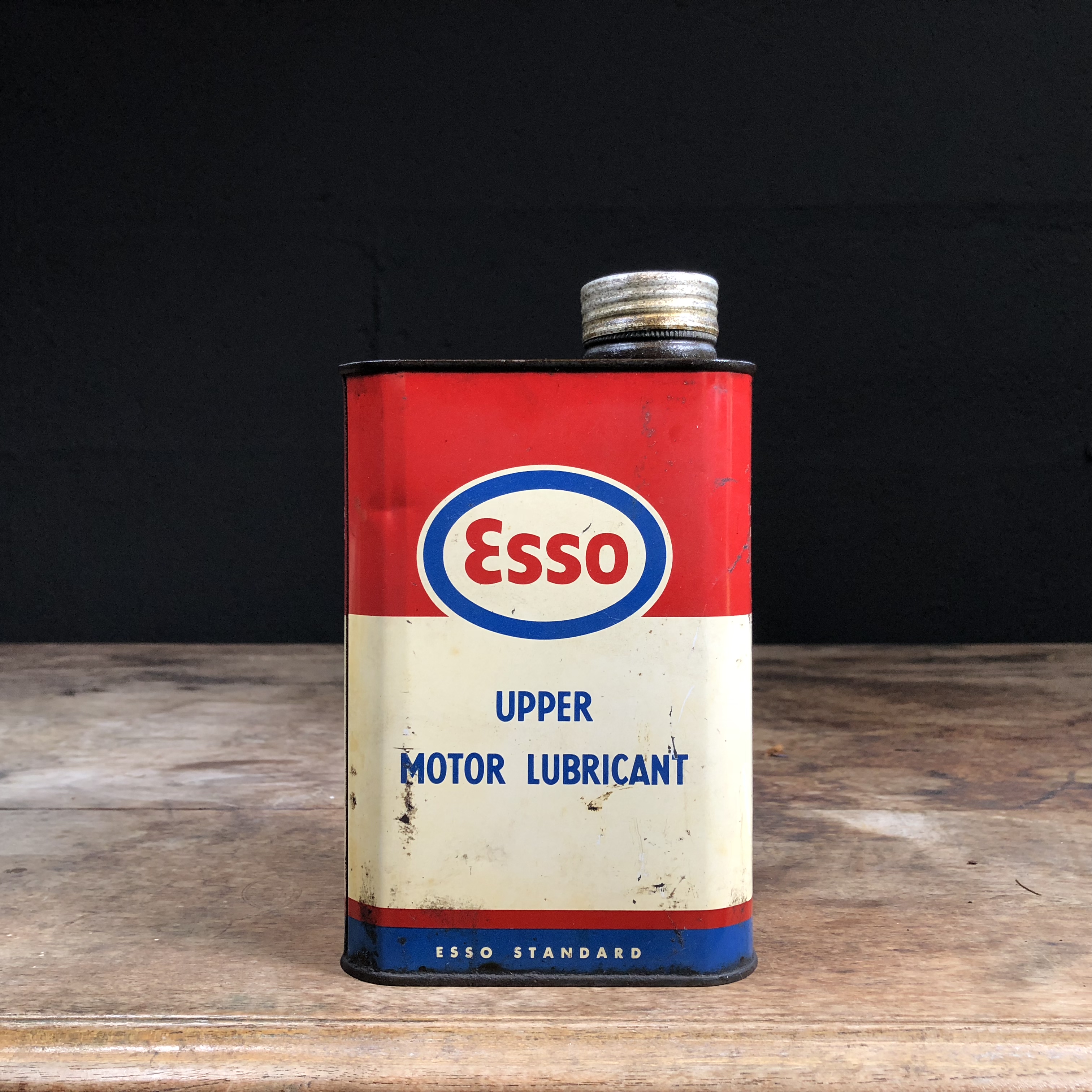 So, I made a comparison of the fastest laps of Verstappen and Tsunoda on day 3.
I think it might be interesting. 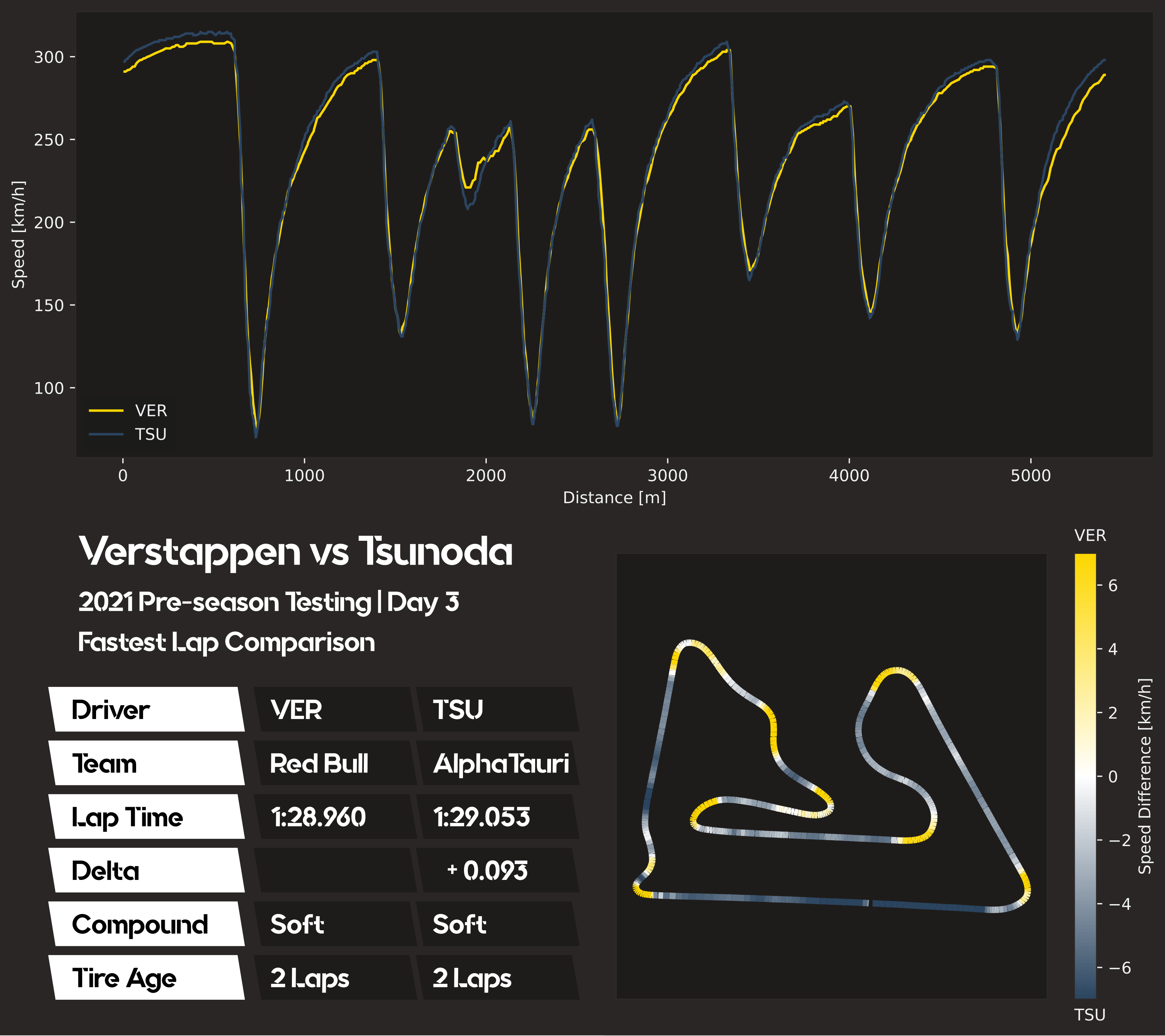 I'd say Red Bull were either running more wing/downforce. Or they didn't turn the engine up as much as AlphaTauri did.
What do you think?
Top

C5 vs C4 as well and more fuel. Verstappen did another 7 laps of pitstop practices after his 2nd run on C4s. This run was not better than his first run partly because Mazepin was in his way at turn 1, although from turn 2 to turn 10 he didn't lose against his best time.
Top

I'd say Red Bull were either running more wing/downforce. Or they didn't turn the engine up as much as AlphaTauri did.
What do you think?

I think its interesting that the teams know the performance difference of the cars that they can mask it through the power unit.

It's absolutely obvious the RB16B has more downforce than the AT02, at least .5 worth. The AT is probably leaving another half second at least on the table, meaning the RB16B could probably do similar lap times to last year.

Fianlly see the full transcription of Asaki's press briefing.Found some interesting informations from the article.

·Due to the schedule change in 2020,some new regulations were introduced by FIA which would not be introduced if we started the season in Melbourne.Most of the new regulations had no effect. For example, fuel flow monitor.Following the regulation,we put two fuel flow sensors in the car,but the teams cant see one of them(from the monitor). I wouldn't say which sensor and where it was installed, but i feel like that if there was some teams cheating on the fuel flow?
·However, there were some (new regulations)that had a large impact to us.I cant say which regulation, but we couldn't secure the electric power we had planned for the first race in Austria(by the regulation).
·In fact,the influence of ICE qualifying mode ban was not small. Ban of qualifying mode means that you should control the PU the same way in qualifying and race.ICE has various control modes. The driver was driving while switching modes.This rule means altough partial throttle can be adjusted,we cant change anything when the throttle was when fully open.The big influence for Honda was that there were four cars and drivers,each driver had an engineer,we uesed to let the engineer to make the selection for each driver.With the new rules,all cars had to ues the same parameters,and(by that time) we didnt take effective measures and it caused Max's DNF at the Italian Grand Prix.
·As you know,Honda made very big change in 2017,new layout,new ICE....then we had very big trouble and the power level is even lower than 2016,so Mclaren's angry is reasonable.Since honda introduced Spec3 PU in 2018,we found new concept in ICE and then we start to be closer and closer to the rivals.I thought we can fight with Mercedes in 2019 but they made more gains than we exceptd but we made 3 wins.In 2020,the world is in COVID-19 panic,Honda Group was suffering a difficult time, and we were asked to reduce the development budget and help the company.During the situation, I knew that the old skeleton PU had reached its limit,and we must develop the new skeleton PU.Thats a hard time.The development of the new skeleton was once frozen.However, when Honda announced that we will quit after 2021 around autumn, i told President Hachigo that we couldnt finish without producing results and he gave the green light,so we resumed development.So we can make the new PU in time.
.To increase the power, you have to do two things: increase the crankshaft output and increase the amount of exhaust energy,but based on the law of energy recovery,increasing the crankshaft output will reduce the exhaust energy.So how to improve both crankshaft output and exhaust energy?We had to make the best shape of combustion chamber.So we need to change the angle of the valve, then we also need to change everything including the camshaft.
·We worked to improve the efficiency of turbines and compressors of MGU-H as we uesd to do.So it become better year by year.But i felt its difficult to find the the amount of development that we lose to the rivals last year（just by improving the efficiency of turbines and compressors of MGU-H),so we also introduced some different ideas.
Last edited by hasika on Thu Mar 18, 2021 1:41 pm, edited 6 times in total.
Top

Fianlly see the full transcription of Asaki's press briefing.Found some interesting informations from the article.

Keep up the good work @Hasika! Thanks again!
Top

Extra harvest was essentially banned, and had to rely on MGU-H only charging with exhaust gases. That is, until Honda used their 'secret weapon' that gave them much more flexibility with regards to harvesting at a very small fuel efficiency penalty.
Saishū kōnā
Top