A place to discuss the characteristics of the cars in Formula One, both current as well as historical. Laptimes, driver worshipping and team chatter does not belong here.
232 posts

The noses have finally started to make sense. I call IKEA to put sponsor logo on that car

With some saturation adjustments:

Kiril Varbanov wrote:The noses have finally started to make sense. I call IKEA to put sponsor logo on that car

Hope it isn't as pain in the ass to put the car together like the furniture are.

Look like their using a lot of old parts from the C33, am I right?
Top

Lotus E21-style roll hoop 'ears' .
"...and there, very much in flames, is Jacques Laffite's Ligier. That's obviously a turbo blaze, and of course, Laffite will be able to see that conflagration in his mirrors... he is coolly parking the car somewhere safe." Murray Walker, San Marino 1985
Top 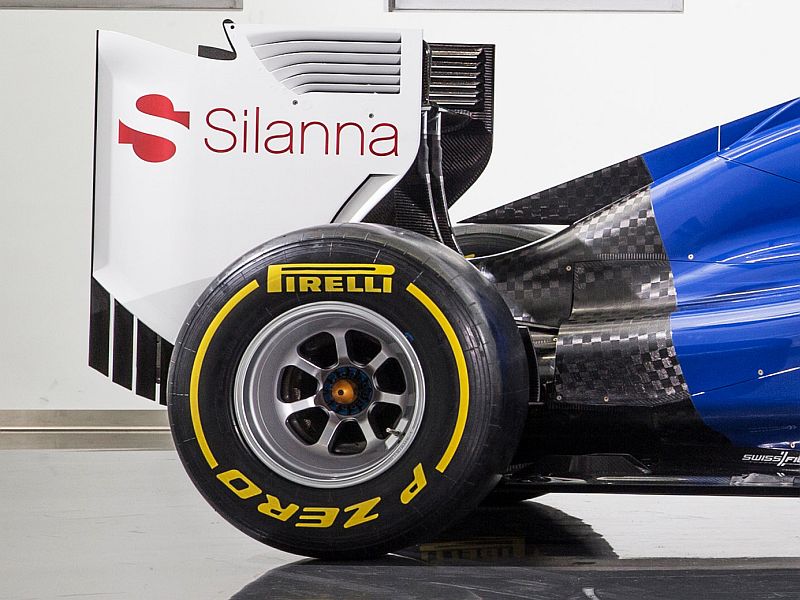 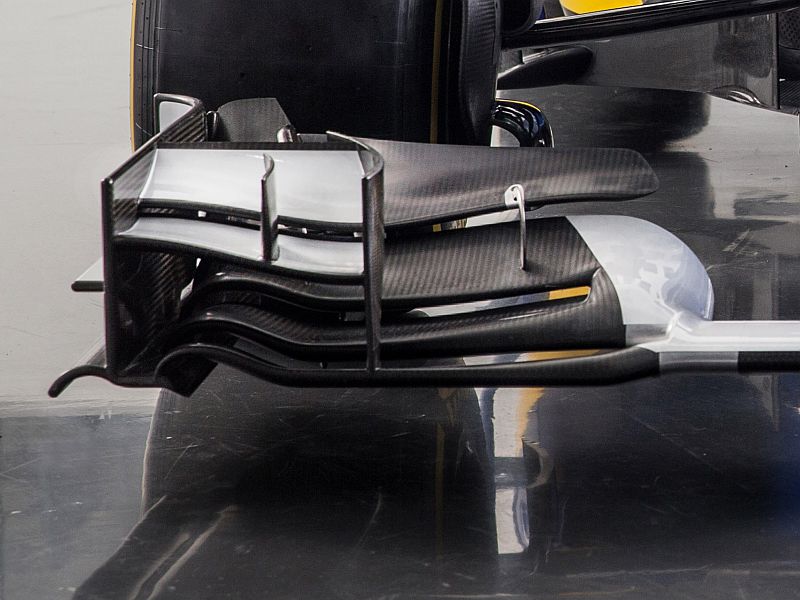 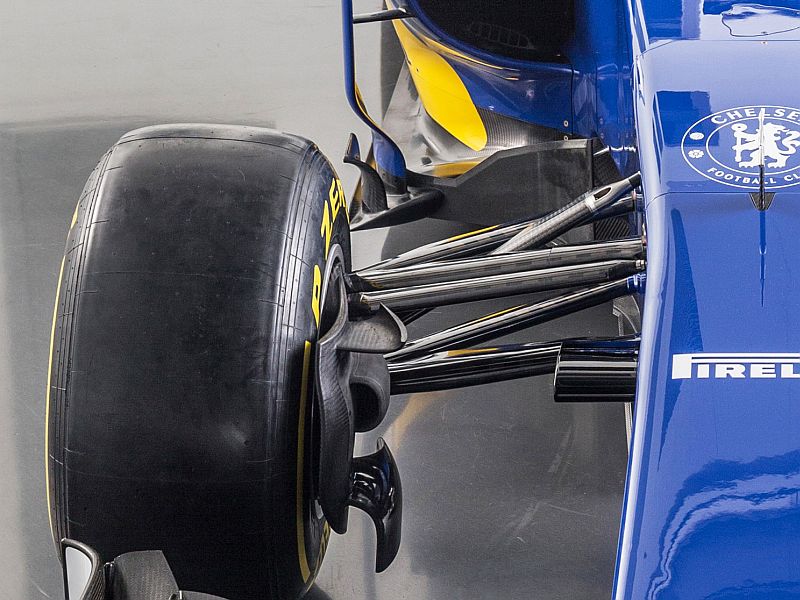 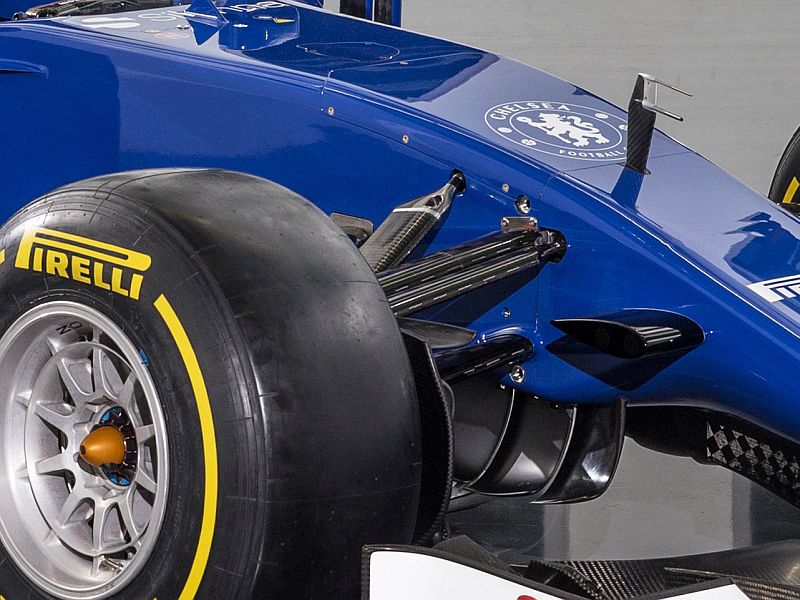 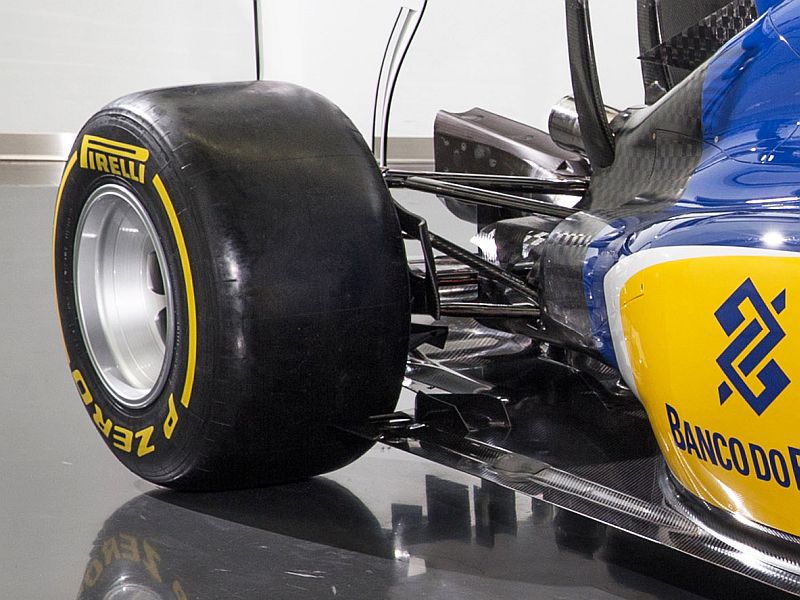 The worst part is that they have just sewn a couple of 'Banco de Brasil' logos onto last years grey driver overalls.

bit of a sea of chelsea blue. I think the yellow part should have bitburger written on it..
Top

C34 has the potential to be the worst looking car with the worst driver line-up on the entire grid.
Top

And Nasr is one of the best young drivers.
Top

After a season with the most comprehensive technical changes in the history of Formula One, there are significantly fewer regulation changes for the 2015 season. During the development of the new Sauber C34-Ferrari the Sauber F1 Team’s engineers focused on three areas: performance in slow corners, weight reduction, as well as braking stability.
Eric Gandelin, chief designer of the Sauber F1 Team, explained: “We were able to gain a lot of experience during the course of the 2014 season, which will have an influence on the Sauber C34.” Aerodynamics traditionally play a key role in the development of a new car. But on this occasion it wasn’t only a question of optimising downforce and drag, but also improving the balance of the car and its responses in particular through low-speed corners.

The greatest visual difference compared to the Sauber C33 can be found around the nose section, which is now bigger in volume and lower to the ground following further changes to the technical regulations. This has a considerable impact on the aerodynamics of the entire car: the nose and front wing play a key role in determining how the air flows around the front wheels and how effectively the central and rear sections of the car function aerodynamically. The new design of the wheel rims has progressed in a similar direction, in the interests of optimising airflow around the front wheels.

The front suspension concept has changed little, with the springs and dampers again pushrod-actuated. However, the engineers put a lot of effort into improving the feedback from the steering for the drivers. The sidepods of the new Sauber C34, however, are now slimmer than those of the Sauber C33, despite higher cooling requirements from the new power unit. This has been made possible by modifications to the attachment of the side crash elements. In addition, the architecture of the radiators, which are now positioned horizontally, has been fundamentally revised. The engineers also paid great attention to the flexibility of the cooling system, which can be adapted precisely – and individually for the various components – to the ambient temperature and circuit characteristics. For example, small air vents on the side of the cockpit are only used in certain situations.

Beyond this, the rear section as a whole is less voluminous, which benefits aerodynamic efficiency. The car’s minimum weight has been increased in line with the FIA’s technical regulations, up from 691 kg a year ago to 702 kg now. The engineers, of course, set out to undercut this figure in order to give themselves ample room for manoeuvre when it comes to weight distribution – an important factor in determining how the car uses its tyres. Modified powertrain

The car’s engine, energy recovery system and gearbox are again supplied by Ferrari. The 1.6-litre turbocharged V6 engine has a rev limit of 15,000 rpm. The technical regulations allow for certain components to be completely redesigned for the 2015 season. The aim has been not only to increase the power from the turbocharged engine, but above all to optimise the car’s energy recovery and energy storage capability.

In terms of its concept, the engine is very much comparable with last year’s, but its architecture has changed significantly, necessitating numerous adjustments to the chassis. The exhaust tailpipe is again positioned centrally between two pylons, though they are no longer supported by the rear crash element, but by the gearbox housing. The spring and damper elements at the rear axle are again pullrod-actuated, but otherwise this is a totally new construction with separate lower wishbone legs. In addition, the engineers worked on improving the mechanical traction. Besides a number of other parts, there will be optimised gear ratios to support this effort.

As with its predecessor, the packaging of the C34 presented the engineers with a genuine challenge. After all, in excess of 40 electronics boxes have to be accommodated, of which more than 30 require cooling.

A first impression of the value of these measures will be obtained at the first test in Jerez. “Later on it will be crucial to see where we stand in comparison to our competition,” explained chief designer Eric Gandelin. The Sauber F1 Team will use a roll-out version of the car for the first test at Jerez. Some components are still from the C33 and will be successively replaced by new parts. “We will use the time up to Melbourne to ensure we’re as competitive as possible when we line up on the grid for the season opener,” added Eric Gandelin.
Top
232 posts