A place to discuss the characteristics of the cars in Formula One, both current as well as historical. Laptimes, driver worshipping and team chatter does not belong here.
776 posts

Got the header from moderator:

This the official car topic about the 2016 Williams contender, the FW38. This thread will handle more stringent rules:

That might sound strict and is infact so, but this is done to safeguard the topic quality. We will be very thorough about that this year! If you don't find anything worthwhile to post, please resist the urge and do not post. There is nothing wrong with that and is infact the better option when there's nothing new.

19 FEB 2016
The new Williams Mercedes FW38 was unveiled today ahead of the first pre-season test in Barcelona, Spain next week.

For a third successive season the iconic red, white and blue stripes of WILLIAMS MARTINI RACING will be lining up on the Formula One grid, with the team looking to build on a successful 2015 season that resulted in four podiums and a third place finish in the Constructors’ Championship.

Commenting on the new FW38 Sir Frank Williams, Founder and Team Principal, said; “Williams has started to cement our position back amongst the front running teams after finishing third in the Championship in the past two seasons. This has been a great achievement given the resources of those around us. Staying where we are will be a challenge in itself, but we are determined to keep improving because only winning will ever be good enough.

“We have a very stable team going into 2016, with Felipe and Valtteri teaming up for a third successive season. They work well together and both have the ideal blend of speed and consistency. Our technical team has also remained very consistent which will be to our advantage and we have some of the best engineering minds on the grid at our disposal.

“We have a busy couple of weeks of testing coming up to learn more about our package and to refine the car ahead of the first race. We will have to wait until Melbourne to find out exactly where we stand in the pecking order but I’m confident that our hard work over the winter will stand us in good stead.”

Felipe Massa added; “Securing third in the Constructors’ Championship for two consecutive years is a great achievement and one that comes with a lot of expectation - a momentum which I am excited to build on going into the new season. The team at the factory have worked really hard on the new car and we have spent a lot of time understanding where we need to improve. I have a lot of confidence in the team at Williams and I’m looking forward to getting behind the wheel of the FW38 to see how it performs. I’m equally delighted to be teammates with Valtteri for another year. He is a very talented driver who brings a lot to the team.”

Valtteri Bottas, who is about to embark on his fourth season in Formula One with Williams, said: “This is always a really interesting and exciting time of the year because we have a new car and we can’t wait to get it out on track to see how it feels and how fast it is. It’s been a good winter and from what I’ve seen we seem to be headed in a good direction with this car. Testing next week will be our chance to see how our performance has improved since the last race. The development of the FW38 has been all positive in theory, now we just need to see it on track.

“As a team we need to be able to win races, which is what we are always trying to do. I’m sure we have made improvements everywhere as a team, so we’re definitely looking to fight for better results this year. I’d like to thank everyone at the factory for their hard work over the winter in getting the car ready.”

Claire Williams, Deputy Team Principal, concluded. “2016 promises to be a very competitive year in Formula One and there will be a number of strong teams who have us in their sights. We are confident that we have made a step forward over the winter and that the FW38 will build on the strengths of the FW37 and address some of its weaknesses. We started design work on the car earlier than normal and hopefully this extra development time will stand us in good stead.

“The car we are launching today is by no means the final product. We are already planning updates for Melbourne and will be pushing for constant improvements over the course of the season. Williams enters 2016 in a strong place. We have a great team of people and over the past two years we have started to regain our competitive edge. Now we need to build on that and take this team back to where we all want it to be.”

The FW38 will take to the track for the first time on 22nd February for eight days of testing that concludes on 4th March. The season officially gets under way at the first race in Melbourne, Australia, on 20th March. 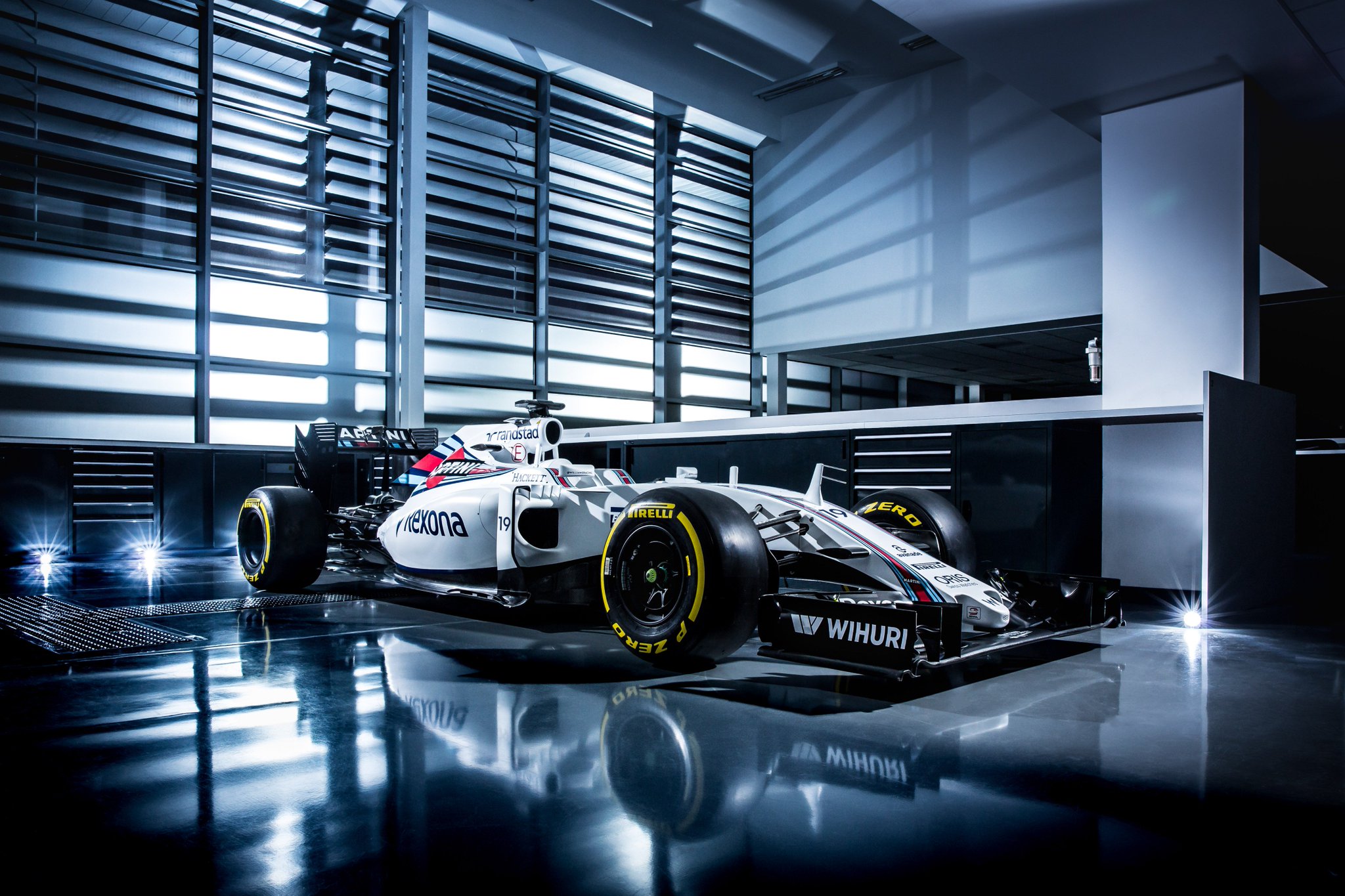 Still sporting the legality-airbox-mohican I see, and it looks to be bigger than last year (i.e. slimmer bodywork)?
#58
Top

that looks nice.
are there any new Party on the car? i'm at work and can't check out all the Details

To me, the most obvious change is to the side of the cockpit, but that was to be expected.
Top

Car looks nice, shame they weren't a bit more adventurous with the livery tho.
The impossible often has a kind of integrity which the merely improbable lacks.
Top

Looks like Williams has dropped the short rear bodywork in favour of conventional hot air outlets...

Sidepods are very tight, still got the undercut. Detail refinements to the nose, but appears to be an old front wing from 2015. 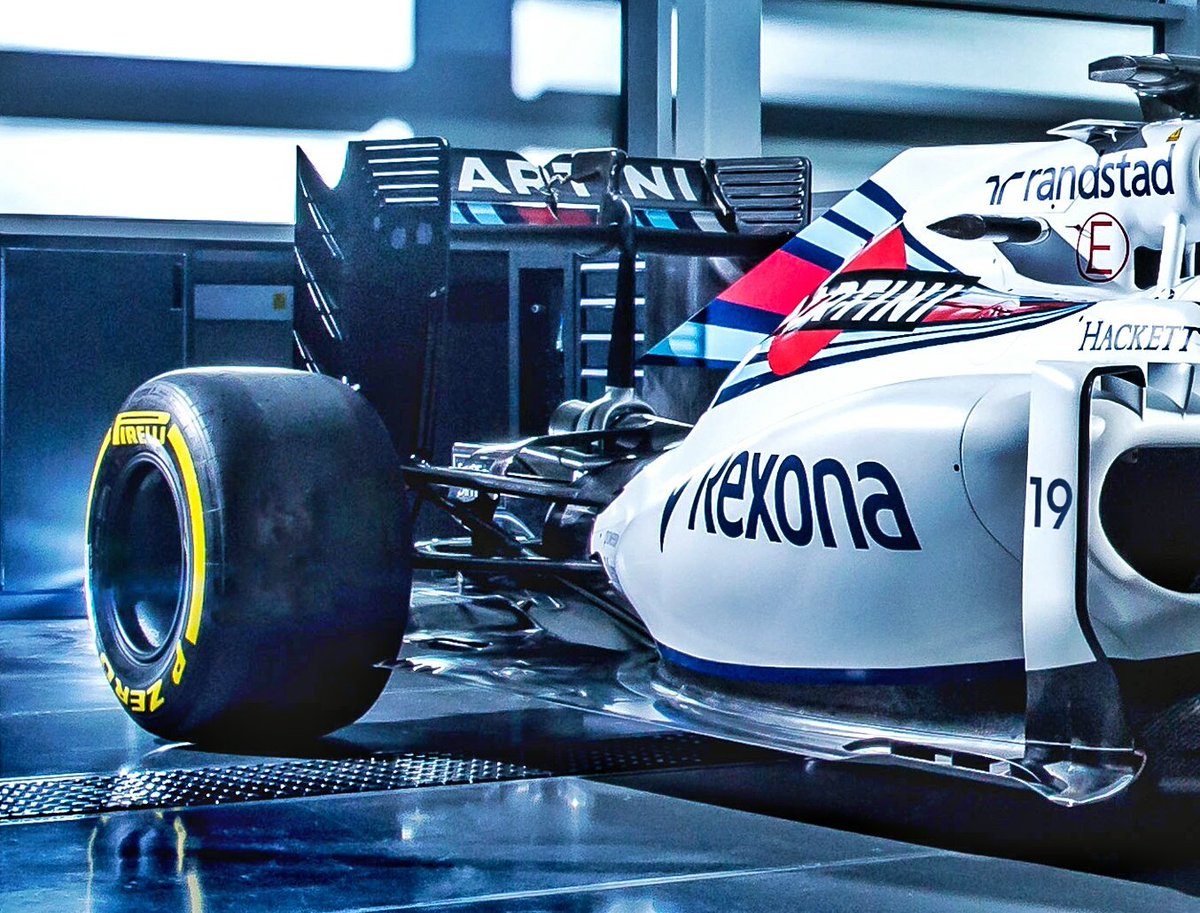 
“It is no secret that the low speed performance of the FW37 didn’t match its high speed performance, so a lot of time was spent looking into why this was and subsequently making changes, which we hope will improve the situation.

Looks quite the same like its predecessor, but I guess this is just a testing platform to build on, as always I expect to see major developments at the first race.
Формула 1 на Македонски - The first ever Macedonian Formula 1 YouTube channel
https://www.youtube.com/channel/UCJkjCv ... 6rVRgKASwg
Top

The front wing is pretty much the same..?

I quote my post from last month at the speculation thread

"Essentially it's an evolution of [the FW37] design"
"You're going to see some quite interesting developments around the front wing area and underneath the chassis."
"There are some really interesting developments around the back end of the car that you're going to see as well."
"...what could we do to improve our wet weather performance? That essentially is car set-up, it's how you use the tyres."

So essentially, they are hinting at a possibly a new front wing design (if their budget doesn't hold them back), hoping for more rear downforce and stability (probably preventing the rear wing stall we saw in China, Mexico 2015), and improving in mechanical grip

I was pretty certain that they were going to make significant changes, but still an evolution, but I guess not. Let's wait till testing or Australia...
Last edited by Mark4211 on Fri Feb 19, 2016 9:35 am, edited 1 time in total.
Annotated Wheel Adjustments
Top
776 posts