Anyone know what the red paddle is in middle of this photo? To the right of the steering wheel. (Interior of the 2017 Audi RS5 DTM) 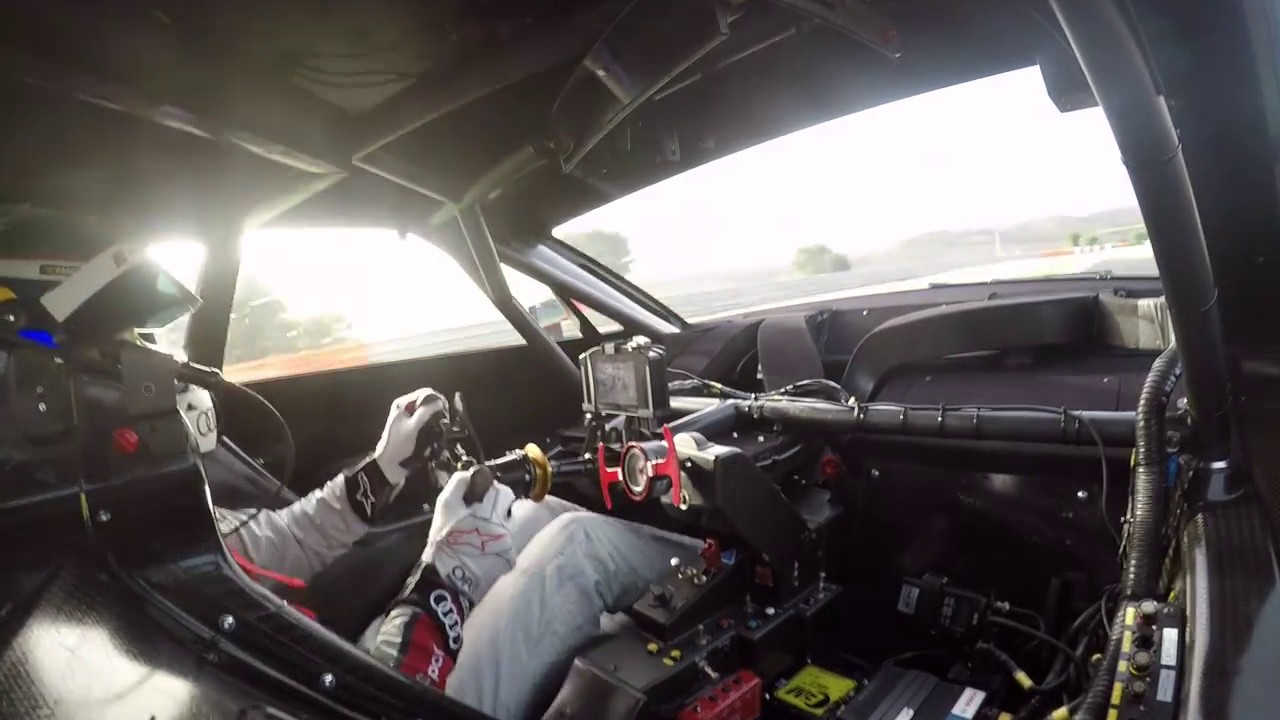 Really enjoy the DTM...and thus, my first response ever.

Below is the citation in the 2016 regs which I understand carried over to this year as it relates to Brake Bias. While it is paddle shaped, it is made to spin both anti/clockwise quickly. I thought this was a common design across all 3 manufactures but not entirely sure. If it is, the design isn't regulated that I can find in the technical regulations but when watching the drivers use it it seems like a pretty quick and easy way to adjust brake bias.

From videos it seems like the spinning mechanism has detents to prevent it from freely spinning.

https://twitter.com/Motorsport/status/1 ... 7611747329
"A fool thinks himself to be wise, but a wise man knows himself to be a fool."~William Shakespeare
Top

As said it is for brake balance.
Different teams have different looking styles.
To achieve anything, you must be prepared to dabble on the boundary of disaster.”
Sir Stirling Moss
Top

https://twitter.com/Motorsport/status/1 ... 2922764288
"A fool thinks himself to be wise, but a wise man knows himself to be a fool."~William Shakespeare
Top

Audi has released footage of its 610bhp, 85kg 2.0-litre inline-four DTM engine undergoing testing. It develops over 100bhp more than the 4.0-litre N/A V8 it replaces, yet fuel consumption has been reduced to 95kg per hour. 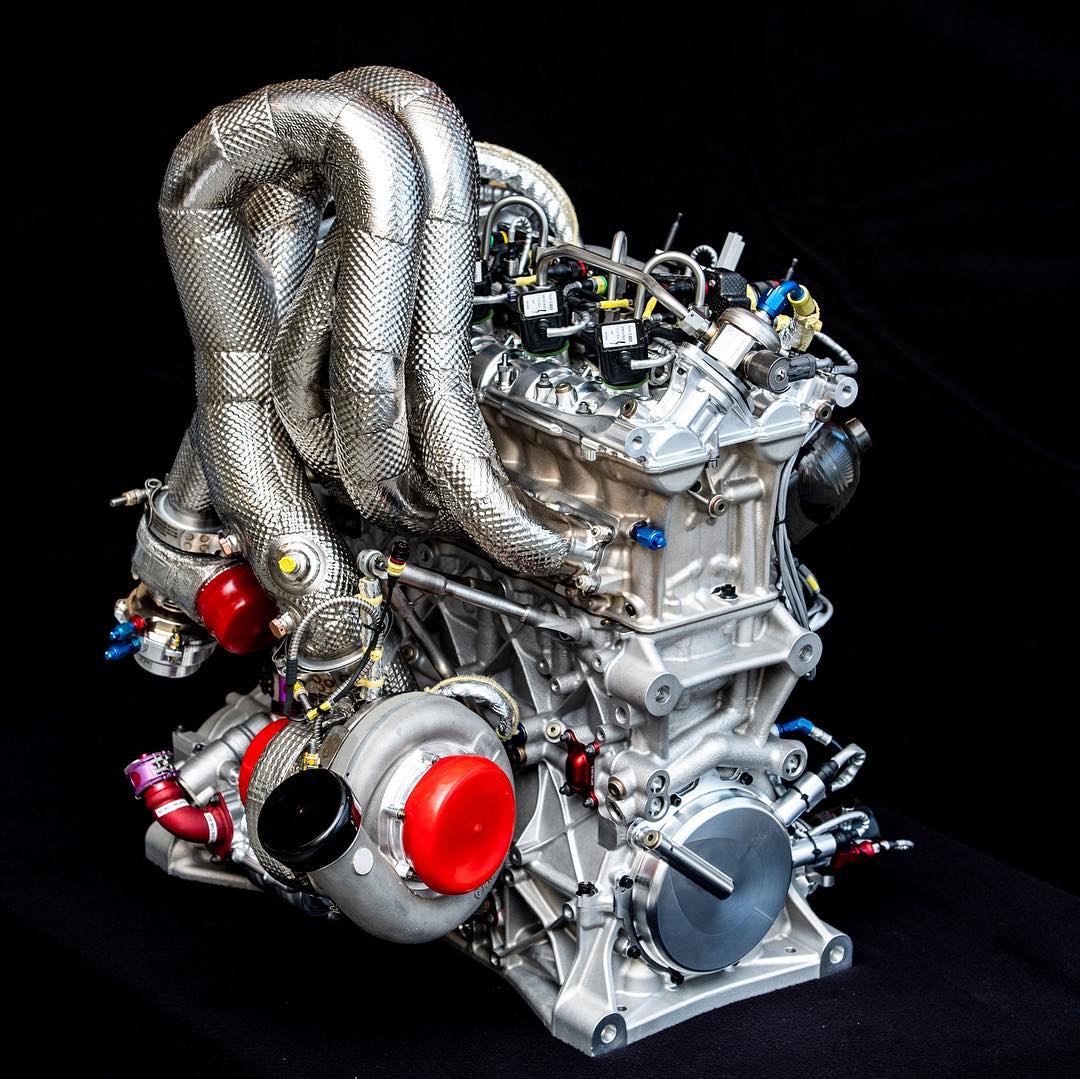 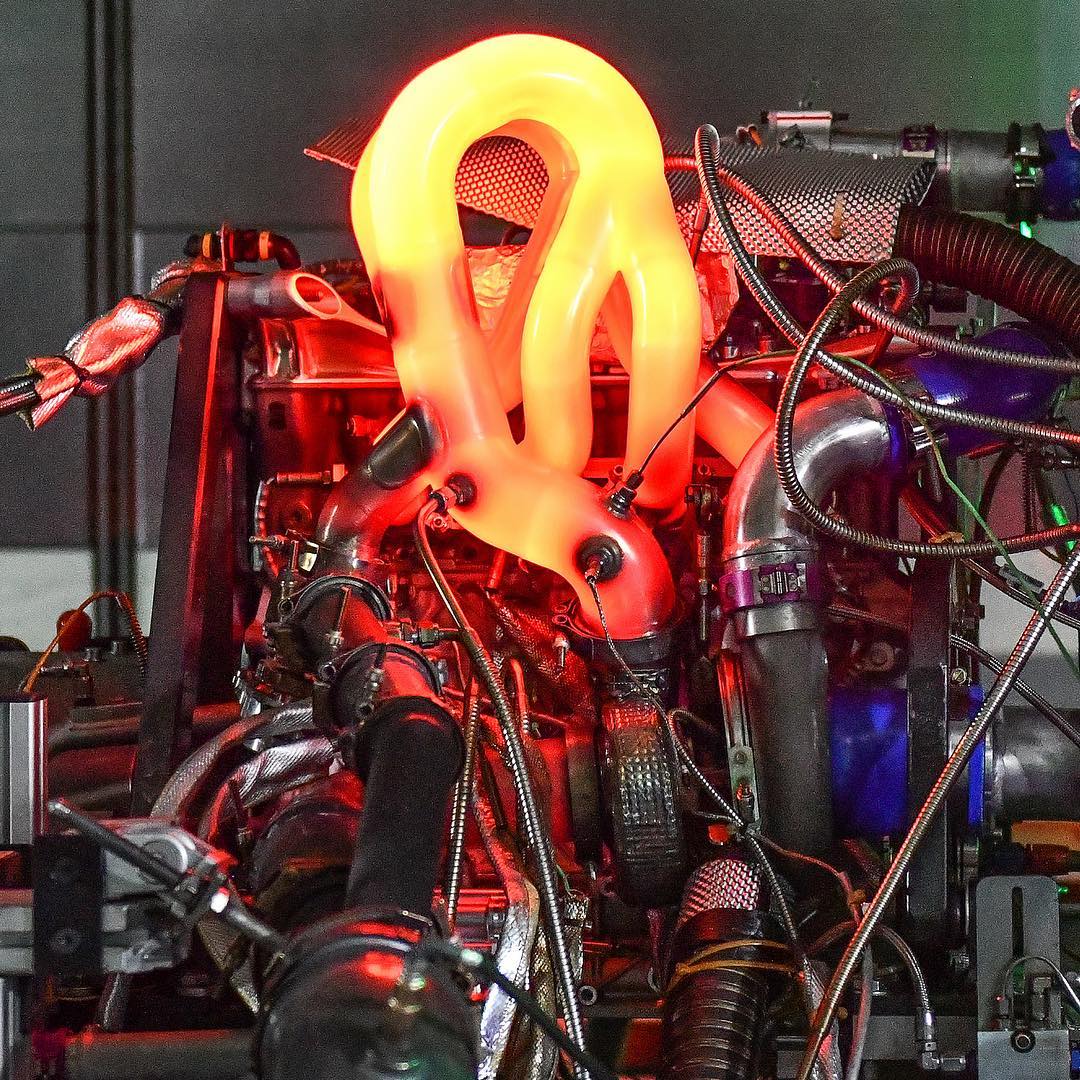 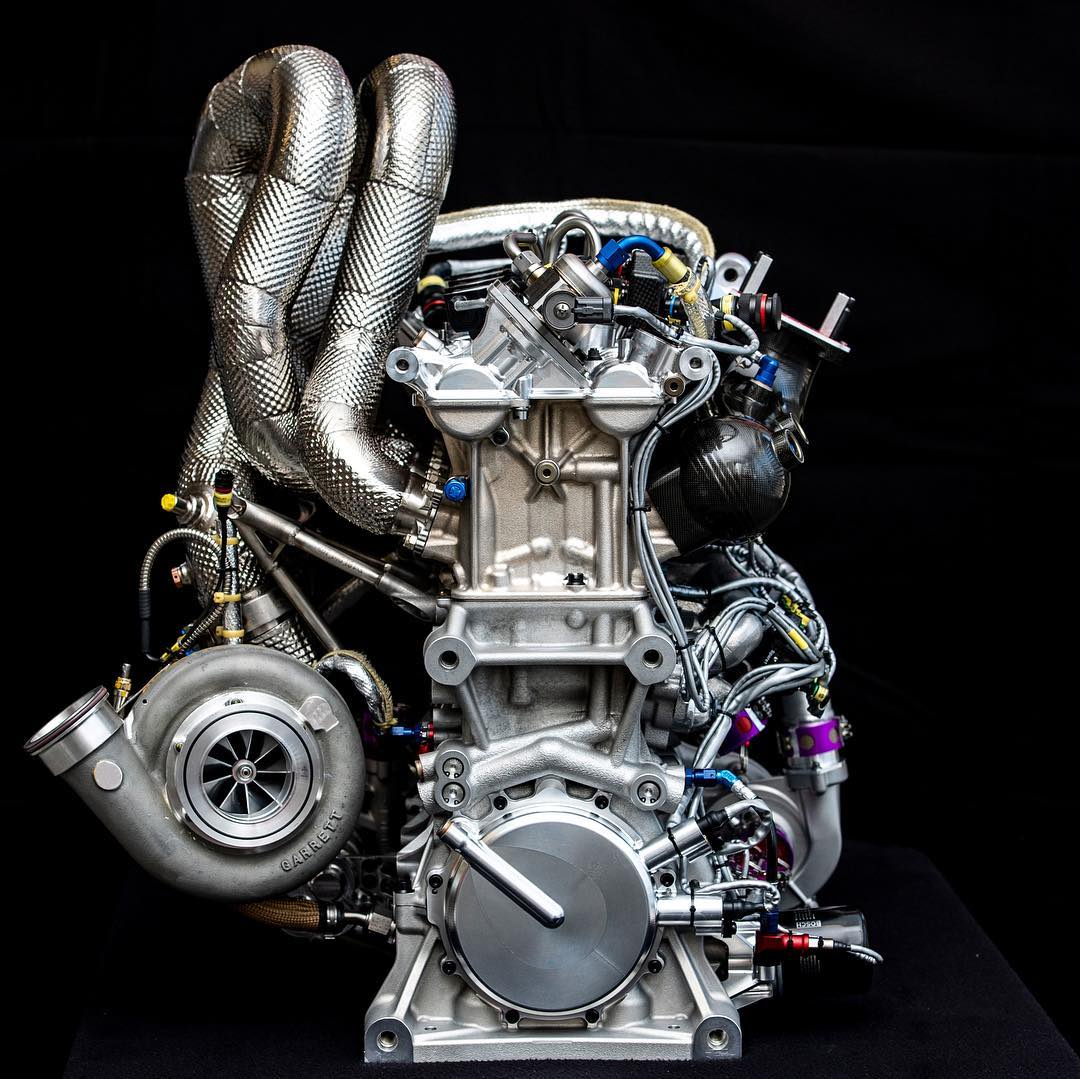 A nice looking layer cake. To those who may know:

Congratz to PDR!
Hope his racing sched will allow him to provide color on Sky F1 races.
I enjoyed his more youthful ex-driver's perspective.
Top

I'm looking fwd to what the Vantage race car will look like.
In the future, would they be able to use the Valkyrie?
Top

Congratz to PDR!
Hope his racing sched will allow him to provide color on Sky F1 races.
I enjoyed his more youthful ex-driver's perspective.

He was already driving full-season in DTM for the past few years, so I don't think his Sky Sports F1 job will be affected.

I'm looking fwd to what the Vantage race car will look like.
In the future, would they be able to use the Valkyrie?

Here are some photos of the car from pre-season testing. And about Valkyrie, this season DTM cars are 2.0-litre 4 cylinder turbo engines. Valkyrie will most likely join the new hypercar category of WEC series. 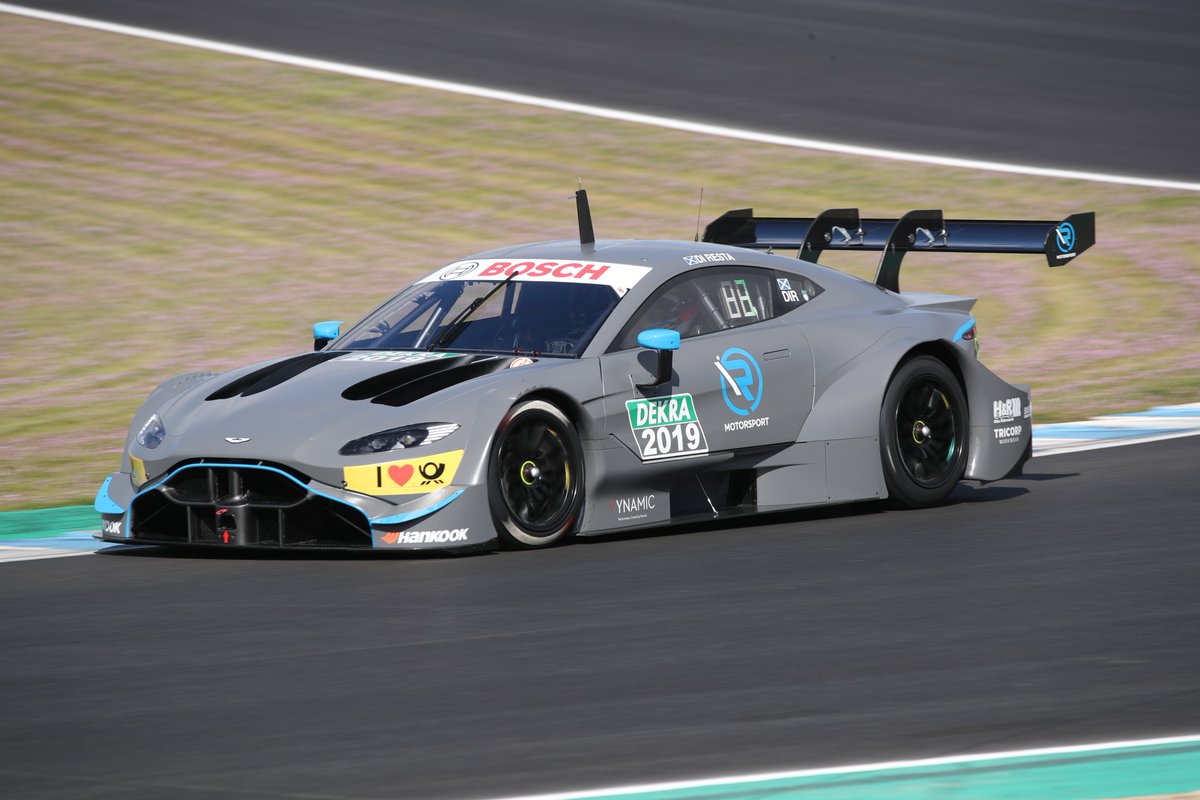 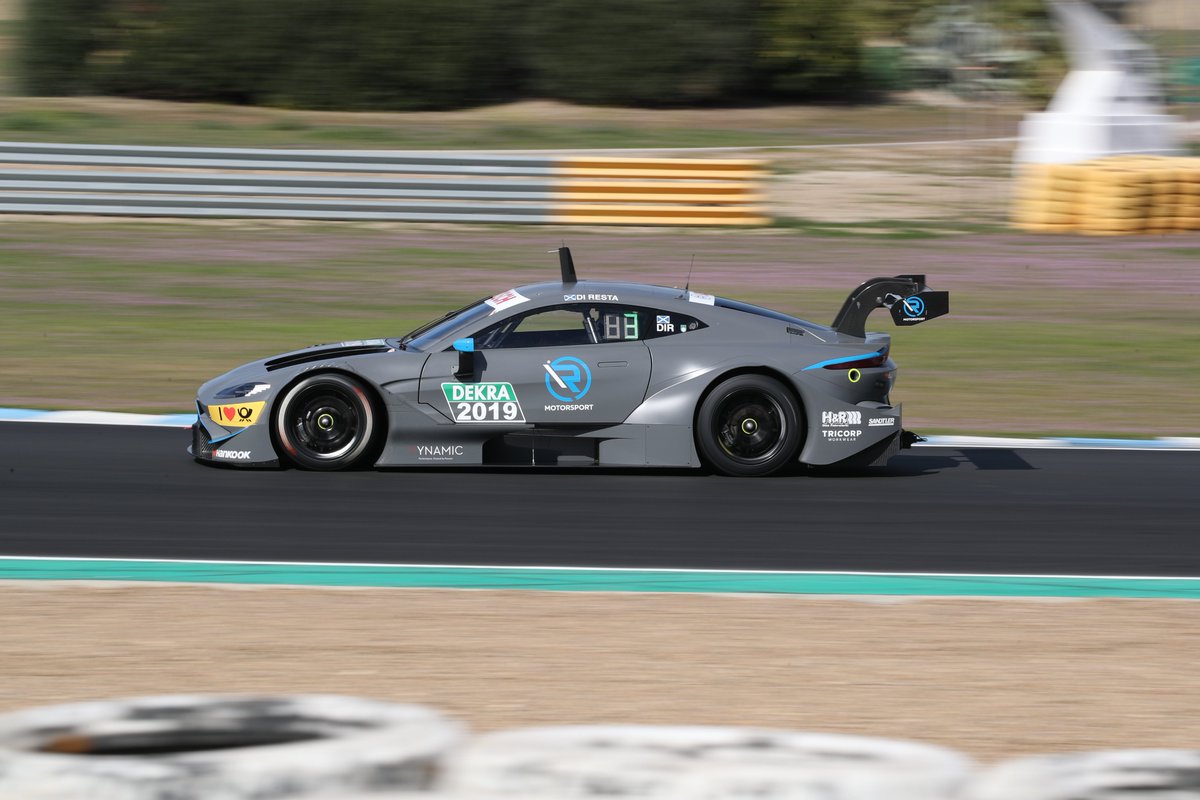 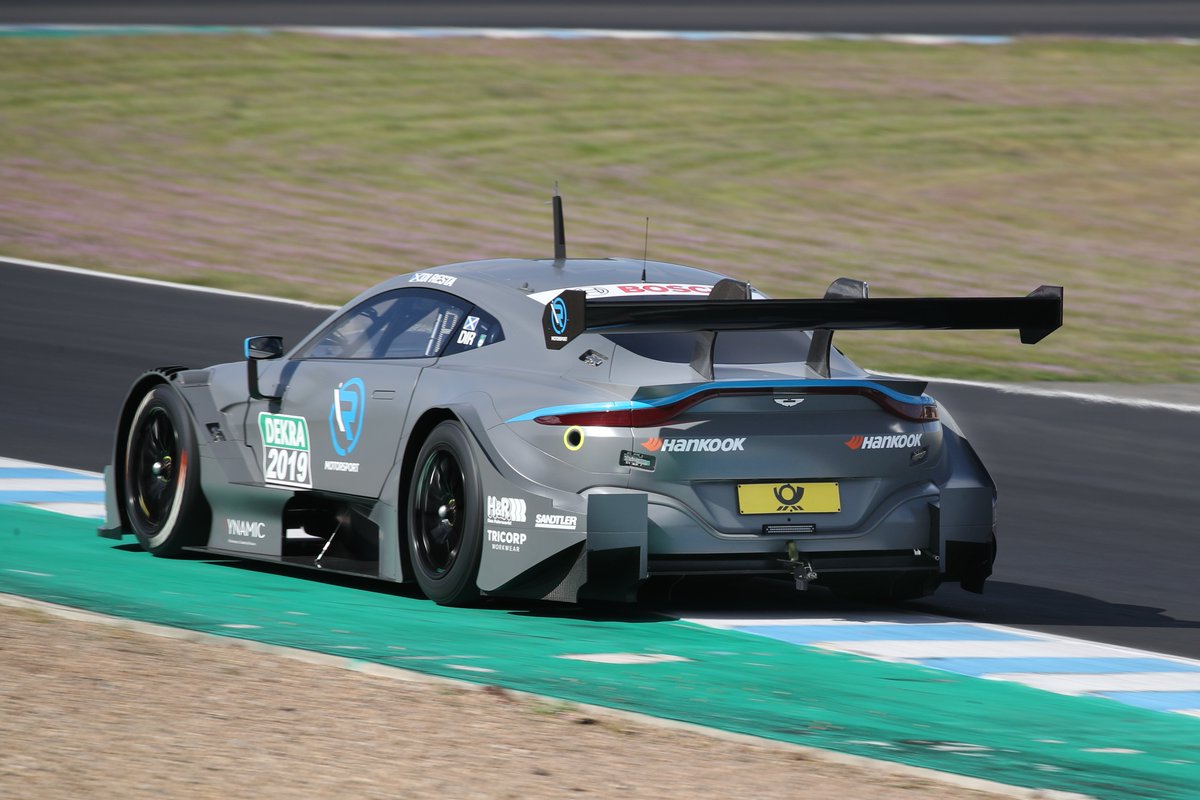 Some more shots of the Audi engine 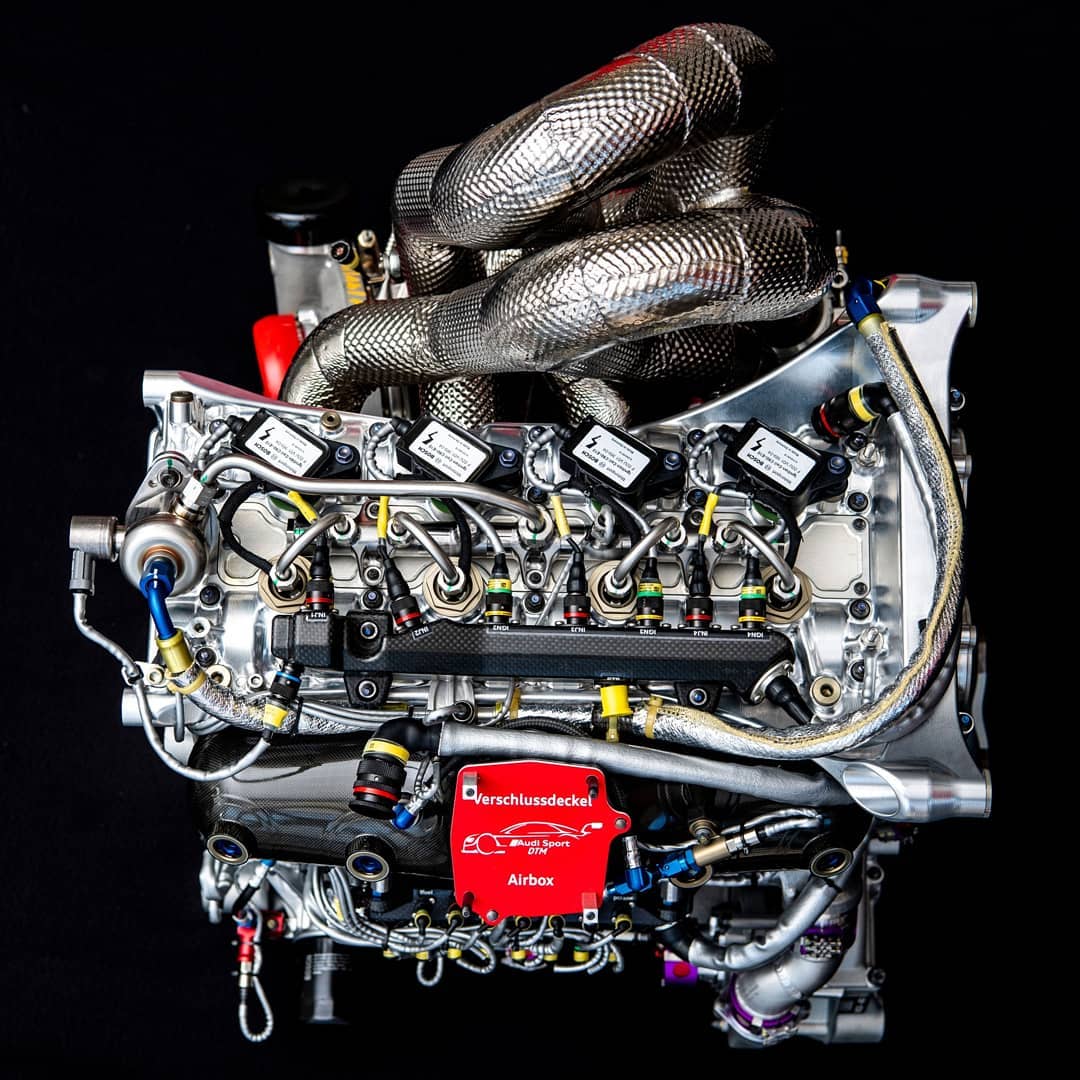 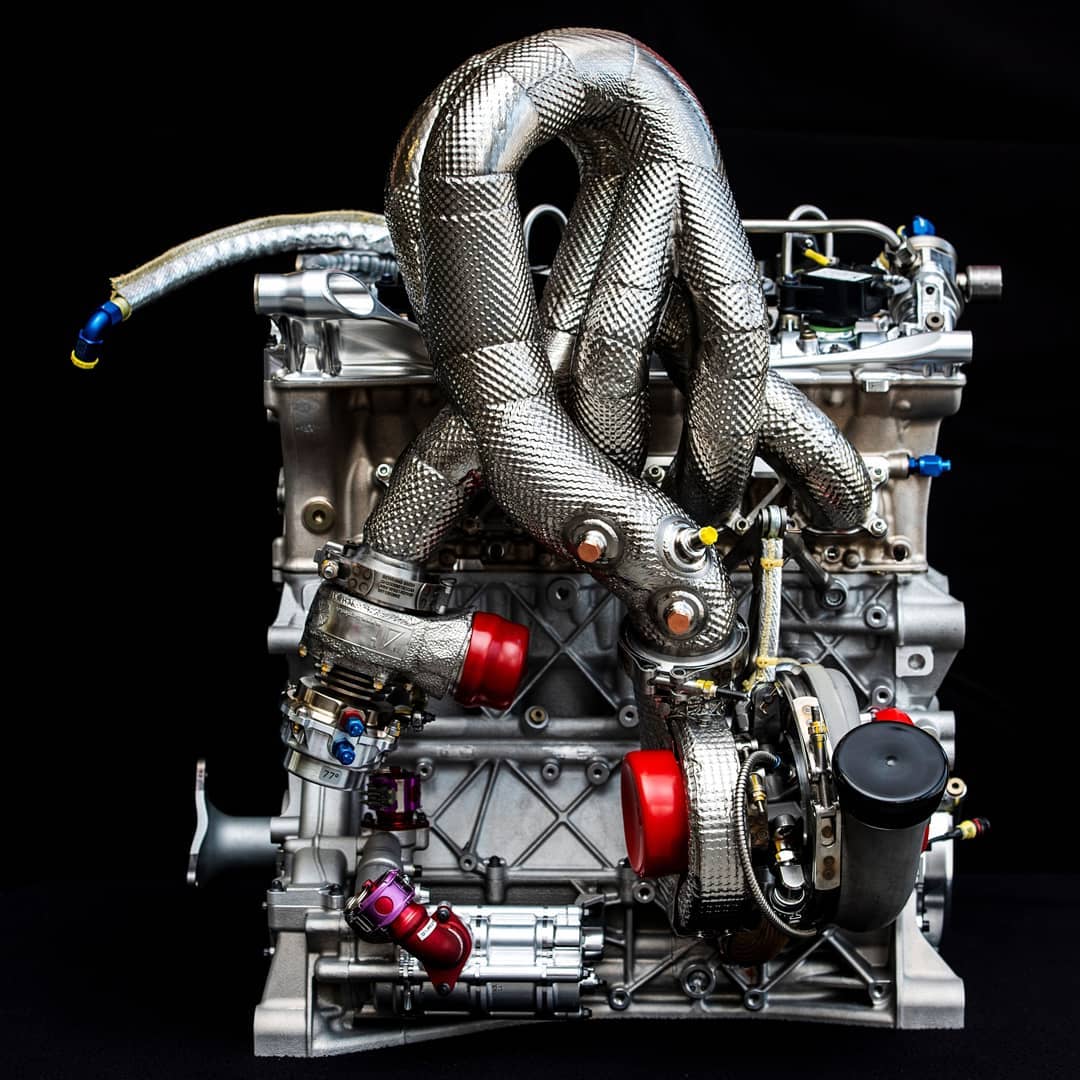 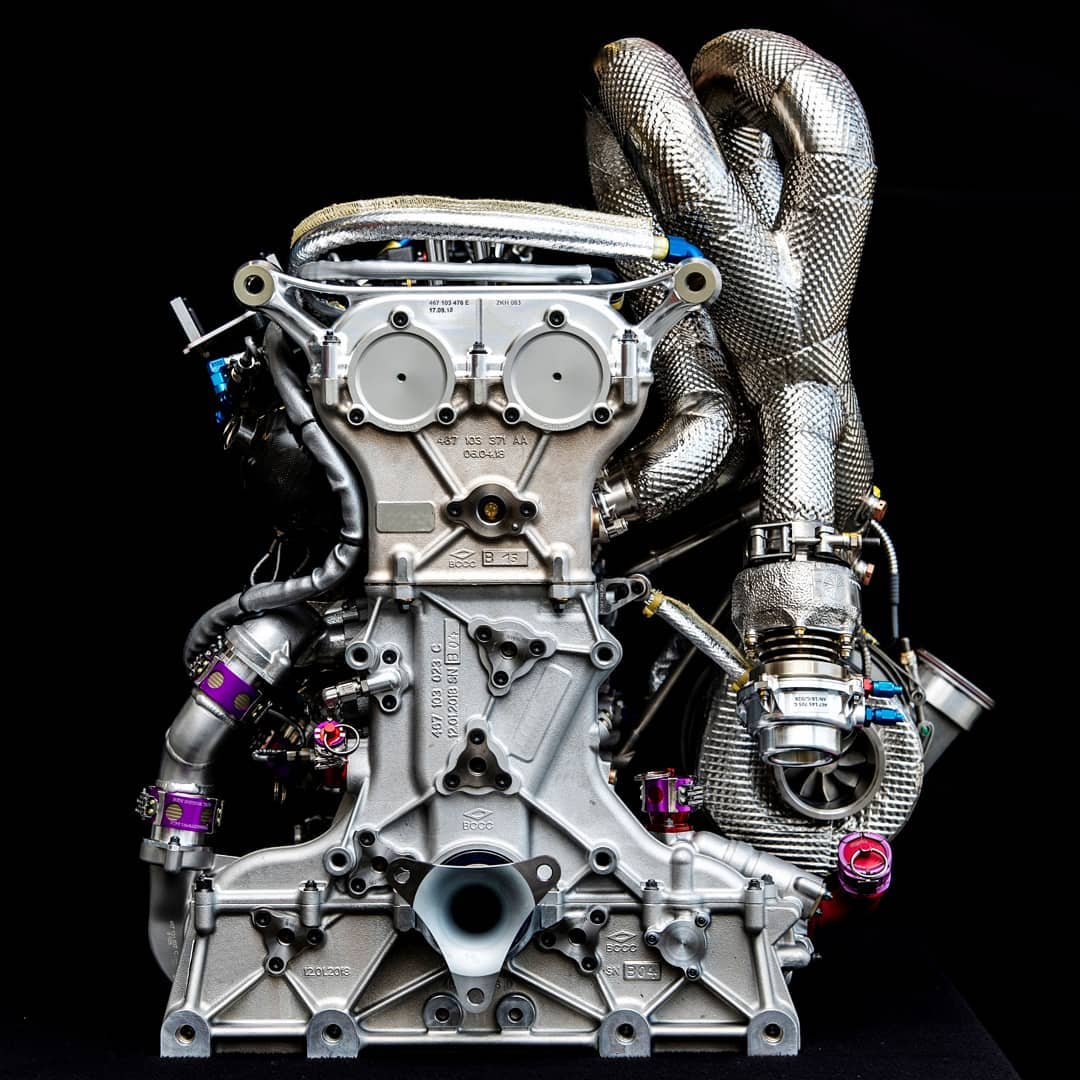 Technically they could. DTM is (mostly) a spec series with silhouette cars anyways. They all use a standardized survival cell and many other parts. The cars are mostly identical besides the looks/bodywork. So yes, AM could build a Valkyrie lookalike for the dtm, it just doesn't make any sense to do so...

As pointed out above, i'd rather expect them to enter the new WEC hypercar class from 2021 onwards.
Top

About that new engine (Source: Audi):

The two-liter four-cylinder power-plant of the Audi RS 5 DTM delivers more than 610 horsepower. By means of the “push-to-pass” function, the drivers can even access a short-term 30-hp power boost.

Following about two and a half years of development and some 1,000 hours of dynamometer testing, the new Audi race engine is ready for its first racing deployment on May 4 at the Hockenheimring. “Our drivers were totally thrilled right in the first test,” says Head of Audi Motorsport Dieter Gass. “However, the move from the naturally aspirated V8 to the turbo engine is not only important due to the additional output of some 100 horsepower. In the DTM, we’re now driving with a high-efficiency engine of the type we’re also using in many production vehicles of the Group.”

The new Class 1 Regulations of the DTM are geared to utmost efficiency. Just like in production, the challenge is to extract the maximum from the available fuel through high compression and very good efficiency. In the DTM, the amount of fuel is limited to 95 kilograms per hour. “That may sound like a lot but, in view of more than 610 horsepower, it really isn’t,” says Ulrich Baretzky, Head of Engine Development at Audi Motorsport. “The specific consumption of the DTM engine is extremely low and now within ranges that used to be typical for diesel engines. In terms of weight and lightweight design – especially in the context of avoiding CO2 emissions – we’re pointing out a few approaches that will hopefully find their way into future road-going vehicles – like in the case of the first TFSI for Le Mans and the TDI.”

The compact four-cylinder turbo engine with gasoline direct injection (TFSI) only weighs 85 kilograms and thus only half as much as the naturally aspirated V8 engine that was previously used in the DTM. As a result, the dry weight of the Audi RS 5 DTM has dropped to less than 1,000 kilograms. The power-to-weight ratio is now about 1.6 kilograms per horsepower.

Like in the past, a DTM engine has to last for a full season, so it is designed to run for some 6,000 kilometers. “The format of the DTM is a great challenge,” says Stefan Dreyer, Head of Powertrain Development at Audi Motorsport. “The long mileage, distributed to many events with short runs, is really tough. Plus, the four-cylinder engine’s vibration behavior totally differs from that of the V8. That posed a huge challenge during the development of the engine and also to our dynamometers.” Additional output of more than 100 horsepower, as well as higher torque, put a greater load on the entire powertrain.

Due to a so-called “push-to-pass” system, the driver can use a short-term engine power boost by pushing a button, for instance in an overtaking maneuver. Via a bypass of the fuel flow restrictor (FFR), an additional 5 kg of fuel per hour is provided, which results in a boost of about 30 horsepower.