Breaking news, useful data or technical highlights or vehicles that are not meant to race. You can post commercial vehicle news or developments here.
Please post topics on racing variants in "other racing categories".
12 posts • Page 1 of 1

I am new to this forum, but I landed quite a few times on it in some researches on google. I am freelance motorsport engineer currently working at WRT (Belgian GT3 team) as a data-performance engineer.

Recently, I have been trying to better understand the LSD principle and especially the Salisbury differential, as it is the type that we have on our Audi R8 LMS's. I think I have captured most of the working principle, but there is something I can't get my head around, or at least it seems that I am the only one understanding it this way.

So my point of doubt is the action of the differential under heavy braking. What I usually understand from any article is that the differential is on the coast ramp when the car is decelerating, then on the preload (if any) off throttle around the apex and finally on the power ramp on throttle. Now I don't really agree with the coast side thing. To me, you get on the coast ramp only if your engine is effectively braking your wheels, so off the brakes and off throttle (or at very little throttle, not enough to overcome the inner friction). To me, under braking it has to be on the power ramp as well, since the deceleration off the wheels is higher than the natural deceleration of the engine itself, so the brakes are also dissipating the energy stored in the flywheel and hence it is the same case as when the power is delivering torque, because the wheels are trying to slow down the engine in both cases.

If I am right, it means that the coast ramp is a lot less important than the power ramp because it is only active for a very short amount of time in a usual cornering manoeuvre, and it might even never be the case, if the rolling resistance of the wheels is very high (high toe in/out, highly preloaded caliper springs,...) so that the engine back torque is not capable to reach the same magnitude.

Does that sound logical or am I completely off ? Now there's also the fact that the braking torque is so high compared to what the engine delivers, that the differential is locked for sure until the brakes are already well released, to maybe it barely crosses the power ramp before switching to the coast side.

JH_WRT wrote: ↑
Thu May 25, 2017 10:13 am
To me, under braking it has to be on the power ramp as well, since the deceleration off the wheels is higher than the natural deceleration of the engine itself,

I think this is what make you interpret things like that.
You believe engine braking is non existing.
IMHO, engine natural deceleration is a lot higher than wheels deceleration under braking.
If your reasoning in this is true, then it makes no sense to down-shift during braking to take advantage of engine braking. Should be better then to press the clutch during braking and just down-shift directly to the gear needed to start acceleration after apex.

I mean, I know engine braking is significant at high rpm (we have recently put our cars on the dyno and I think we get around -200 hp around 8200 rpm, but the braking torque at the wheel is a hell lot higher than that (I mean, if you see what deceleration you can get as compared to the maximum acceleration you can get, there is at least a 2:1 ratio).

Hum, what you say about downshifting is definitely true. Then I guess that my misconception is in the torque path, probably because considering the braking torque of the wheels goes back to the transmission is wrong, that's actually both the discs and the driveshafts applying a negative load (with a significantly lower load on the latter).

Now my error seems obvious to me, because it is quite sure that disengaging the clutch in high gears make the engine go back to idle very shortly, so that's the wheels now "powering" the engine. God I'm dumb

The amount of torque on the axle during deceleration will also be dependant on what gear is selected. If you have a negative torque value of 300Nm, in a low gear, this could be up to 1000Nm in a low gear (3.3:1).
Top

Yes, that's right, but 300 Nm would be a hell lot for a conventional engine, the discussion is definitely all down to the torque path I think.

Now, there is something else which I am enquiring. On the data, I can see that the diff locks up as early as 15% throttle. Obviously that doesn't say anything about the actual torque going through the diff at that moment, but what suprised me is that it seems to be exactly at the same throttle position that it locks up regarless of the gear engaged, which I reckon deserves some interpretation. Obviously the input torque on the diff depends on the gear, and at higher gear there is less torque, so it is harder to press the clutch packs by the same amount as before. Should I then conclude that it is all behaving linearly and hence the torque difference of my wheels needs to be the same proportion (ratio between two consecutive gears) to allow the diff to differentiate?
Top

Just for a bit of context, we're talking about one of these, right? 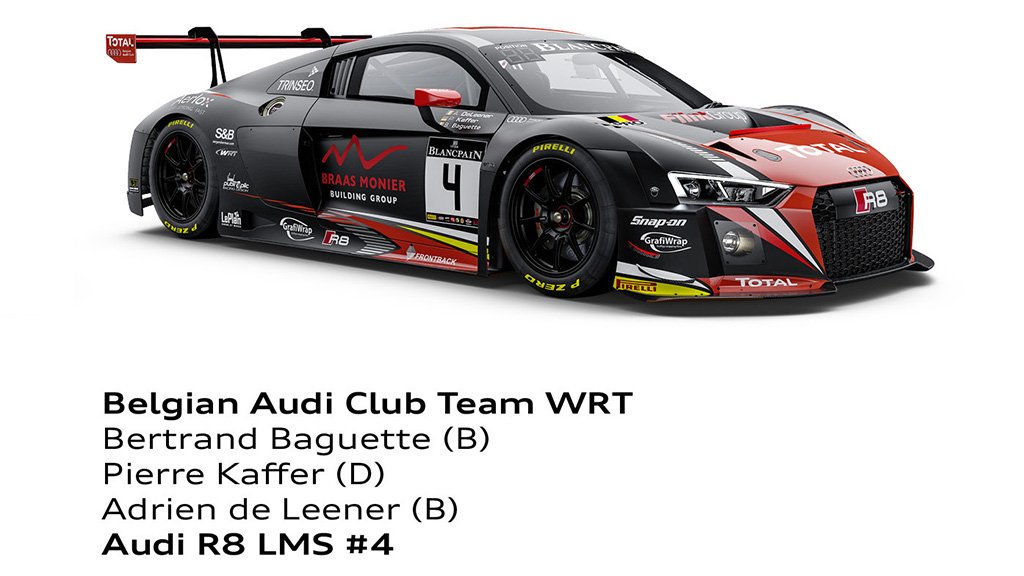 JH_WRT, do you really mean 'final drive transmission gear' when you write "differential"?

Or is there a factor for engine braking - in cornering conditions that concerns 'differential' torque - to each wheel?

I note that high-powered 4T racing motorcycles ( having no 'differential' of course), require a 'slipper clutch' to reduce
the intrusive & unwanted back torque effects of engine braking.
"Well, we knocked the bastard off!"

Precisely, yes. It's a customer car obviously, so we cannot tweak what's in the FIA homologation certificate, but there are quite a few bits we can try to optimise and at the moment I am looking into what is the best way of using our differentials.

Or is there a factor for engine braking - in cornering conditions that concerns 'differential' torque - to each wheel?

I note that high-powered 4T racing motorcycles ( having no 'differential' of course), require a 'slipper clutch' to reduce
the intrusive & unwanted back torque effects of engine braking.

Not sure I get what you mean, but now my point is not so much about the coast ramp anymore since I understood where my misconception was. I am now trying to understand why the differential systematically locks up at the same "engine torque" despite the different torque applied to the spider gears and hence the different locking torque across the differential.
Top

JH_WRT not all final drive gearsets are "differential" in function - some are simple spools.. or 'Detroit lockers'..

'Torsen' & electromagnetic/hydraulic/pneumatic locker units - are different again, so what do the FIA reg's require?
"Well, we knocked the bastard off!"

I think part of your confusion comes from trying to understand how the differential works only considering its input forces coming from the powertrain compartment (say the gearbox).

As far as i know and understand how a differential work, actually this is only a part of the equation and an even more important part is the input coming from the tires. This actually also the best way to understand how the diff works during braking, since the torque that the brakes apply on the driven wheels is actually the torques that the same wheels exchange with the road. This is true both in a coast and in a power situation.

One thing that can be kept with your approach is of course that, ignoring for a moment the internal losses of the mechanism, the sum of torques must always be the same, no matter how they are distributed between the two wheels.

In power, our Mtot is simply the torque applied on the differential case by the gearbox. This torque is of course dependent on engine torque and on the engaged gear.

Now, try to flip your problem around and imagine your input factor being not the torque coming from the engine, but the one coming from each tyre. Basically, how the overall torque wants to be distributed between the two wheels, depends on the forces that each tire exchange with the ground in a certain moment (so it depends on their instantaneus coefficient of friction). If the differential can handle the difference in torque between the two tires, it stays locked. If not, it slips.

How much torque difference the differential can handle depends on the ramps angle and on the preload. The ramp angles work in a proportional way, creating a constant ratio between the torque acting on one wheel and the one acting on the other. The preload is a kind of constant difference between the two. So basically if:

Preload is the driver.

you work with the ramps and the absolute difference between M1 and M2 that the differential can handle without slipping depends on the entity of the torque themselves, because of the proportional relationship.

So basically, what you see in acceleration (actually a typical situation as far as my experience goes) where the differential seems to always stay locked, is probably happening because the forces that the tires are exchanging with the ground are similar enough to each other that they don't exceed the "acceptable" difference on the differential side, this being preload or the M1/M2 relationship we already discussed (normally in acceleration you are well beyond the preload).

If one tire would abruptly loose grip (say going beyond the kerb) that the difference between the two torques could become bigger and you could find yourself in a spinning situation. The good thing is that with a lock diff, you would at least go on transmitting some torque to the wheel with more grip, even if one wheel would have no grip at all.
https://drracing.wordpress.com/
Top

'Torsen' & electromagnetic/hydraulic/pneumatic locker units - are different again, so what do the FIA reg's require?

Ok, I get your previous question now. Maybe I was not clear in my first post, but we have a Salisbury-type differential, with fixed ramps (60 coast/75 power), by homologation. The only parameter we can adjust is preload, but we can also play with the clutch packs to tweak the effective "ramps".

I have read a few papers these days and now understand the fundamentals a lot better. The problem with those is that to get the best traction, you are forced to add loads of understeer and in the end, we are trying to set up the car with the aim of reducting the excessive exit understeer but that's all about trade-offs... If only we could have some kind of torque vectoring

Preload is the driver.

you work with the ramps and the absolute difference between M1 and M2 that the differential can handle without slipping depends on the entity of the torque themselves, because of the proportional relationship.

I am not sure but I think that the differential can work on ramps also if M1=M2 if the gearbox torque is sufficiently big to overcome the preload torque of clutches. Is it right?
Thanks
Top
12 posts • Page 1 of 1