Breaking news, useful data or technical highlights or vehicles that are not meant to race. You can post commercial vehicle news or developments here.
Please post topics on racing variants in "other racing categories".
10 posts • Page 1 of 1

Toyota currently produce a car with one windshield wiper... ...and another with three windshield wipers.

Honda produce many vehicles with None

When arguing with a fool, be sure the other person is not doing the same thing.
Top

M-B cars featured a much neater single-wiper set-up ~30 years ago,
& the Jaguar E-type had triple wipers well over 1/2 a century ago.
"Well, we knocked the bastard off!"

The 2019 Chevrolet Silverado will be available with six engine/transmission combinations, giving customers more combinations of performance, efficiency and value to best fit their priorities. This includes new 5.3L and 6.2L V-8s with industry-first Dynamic Fuel Management that actively shuts off any number of cylinders, in a variety of combinations, depending on immediate needs to optimize fuel economy. The result of this industry-first technology is instant power when called for, and impressive efficiency.

The six-cylinder in-line engine is characterised by top-of-the-range performance and intelligent electrification. The EQ Boost starter-alternator combines a starter motor and alternator in a powerful electric motor and is fitted between the engine and transmission. This innovation as well as the intelligent charging via an electric auxiliary compressor and an exhaust gas turbocharger all have the same goal: to enhance the hallmark AMG performance and driving dynamics, while at the same time reducing fuel consumption and emissions. And this move has been a successful one: the CLS53 4MATIC+ accelerates from zero to 100 km/h in just 4.5 seconds, and with the Driver's package achieves a top speed of 270 km/h. The combined fuel consumption is 8.4 l/100 km (28 mpg), and the combined CO2 emissions 200 g/km. (see table detailing technical data for figures for E-Class 53-series models).

Supported by the EQ Boost starter-alternator when moving off, the electric auxiliary compressor builds up a high charge pressure without any delay, for a faster increase in torque for acceleration until the large exhaust gas turbocharger is deployed. As a result the 3.0-litre engine reacts extremely spontaneously and provides a highly dynamic response without turbo lag. An additional bonus is the high level of refinement of the six-cylinder in-line engine.

The power for the 48 V on-board electrical system is generated by the EQ Boost starter-alternator. The conventional 12 V network is likewise supplied from the new network - using a DC/DC converter. Thanks to the 48 V battery, the overall battery capacity in the vehicle is increased, enabling more electrical energy to be made available - and therefore also allowing innovative functions to be introduced, for example. The 48 V on-board electrical system is therefore paving the way for further hybridisation. An additional advantage: the same power requires only a quarter of the current of a conventional system. The result is that the wiring can be thinner and therefore lighter, which indirectly contributes to saving fuel. The existing 12 V system supplies power to consumers such as lights, cockpit, infotainment displays and control units.

The EQ Boost starter-alternator is a key component of the 48 V system and not only serves as an alternator, but is also responsible for hybrid functions. This allows fuel savings that were previously reserved for high-voltage hybrid technology. For the first time, the EQ Boost starter-alternator is also responsible for idle speed control.

The hybrid functions include boost with 16 kW of output and 250 Nm of torque, recuperation, shifting of the load point, gliding mode and the virtually imperceptible restarting of the engine with the start/stop function.

Because the belt drive for ancillary components on the front edge of the engine is omitted, the installation length of the new six-cylinder engine is also significantly reduced compared with conventional six-cylinder engines. This creates space for an exhaust gas aftertreatment system mounted near the engine, which is therefore particularly efficient. The standard-fit particulate filter is the only part of the exhaust system that is under the floor.

The third generation, exclusive rear five-link coil suspension design provides better articulation over obstacles than a leaf spring system, and the new progressive coil springs are more than up to the task of handling a payload of 2,300 pounds and towing capability of 12,750 pounds. 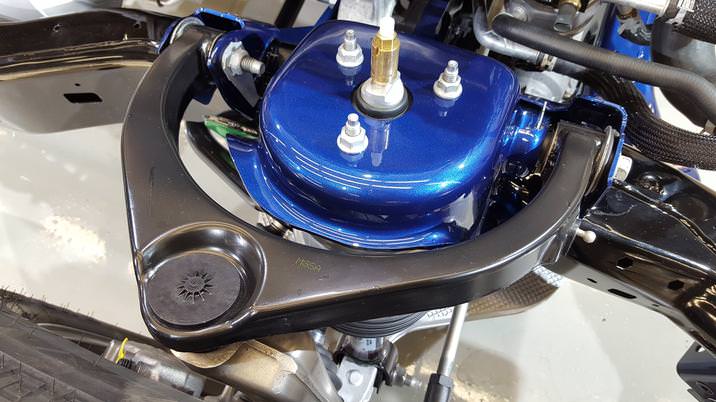 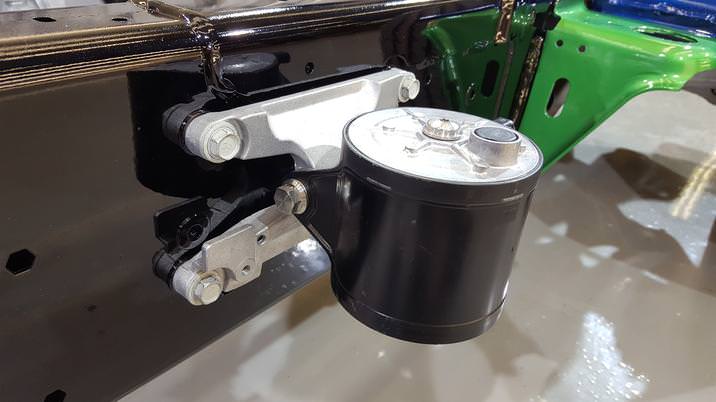 Also has an "E-torque" systems similar to the Mercedes.
Top


To reduce the noise impact to the passenger compartment, the firewall is a high-quality injection-moulded component. In contrast to deep-drawn components, this has the advantage that constant wall thicknesses are possible: large changes in contours do not thin out the material - a classic acoustic weak point. In addition a modular major assembly compartment partition made of plastic is used by Mercedes-Benz for the first time for a platform with transversely installed engines. This makes models with the top engine variants particularly quiet-running.

The new entry-level engine in the A 200 is the M 282 with a displacement of 1.33 litres. Compared to the previous 1.6-litre engine, the output of this all-aluminium engine has increased by up to eleven percent and the output per litre by no less than 25 percent. This engine excels with very compact dimensions, low weight and high static and dynamic rigidity. The turbocharger features an electronically controlled wastegate: thanks to flexible charge pressure control, it is also possible to set an optimum charge pressure under partial-load conditions.

Another special technical feature is the delta cylinder head, so called because of its shape. It is slightly higher when installed, but much narrower and lighter than conventional cylinder heads. Further advantages include the semi-integrated intake and exhaust manifolds, which allow compact construction. Daimler holds a patent for the compact arrangement of the high-pressure injection pump with a maximum of 250 bar. The multi-hole injection nozzles are centrally located in the combustion chamber, and injection occurs without the valves being subjected to the jet of fuel.

The M 260 four-cylinder engine of the A 250 is essentially a further development of the previous M 270, with an output increase of over 6 percent compared to its predecessor. Its engine block of diecast aluminium with cast iron cylinder liners conceals a world premiere in large-scale production: CONICSHAPE®, also known in-house as "trumpet-honing". To further minimise piston friction and lower fuel consumption, the cylinder bore is widened at the lower end of the cylinder liners. The resulting, conical shape resembles the mouth of a trumpet. An innovative low-friction oil and optimised piston rings also reduce friction losses. To take account of the higher specific output, the pistons themselves feature cooling ducts.

Citroen DS5 rear window, showing the coverage of the tiny tiny rear wiper. Maybe 2 or 3 wipers is a good thing?!?